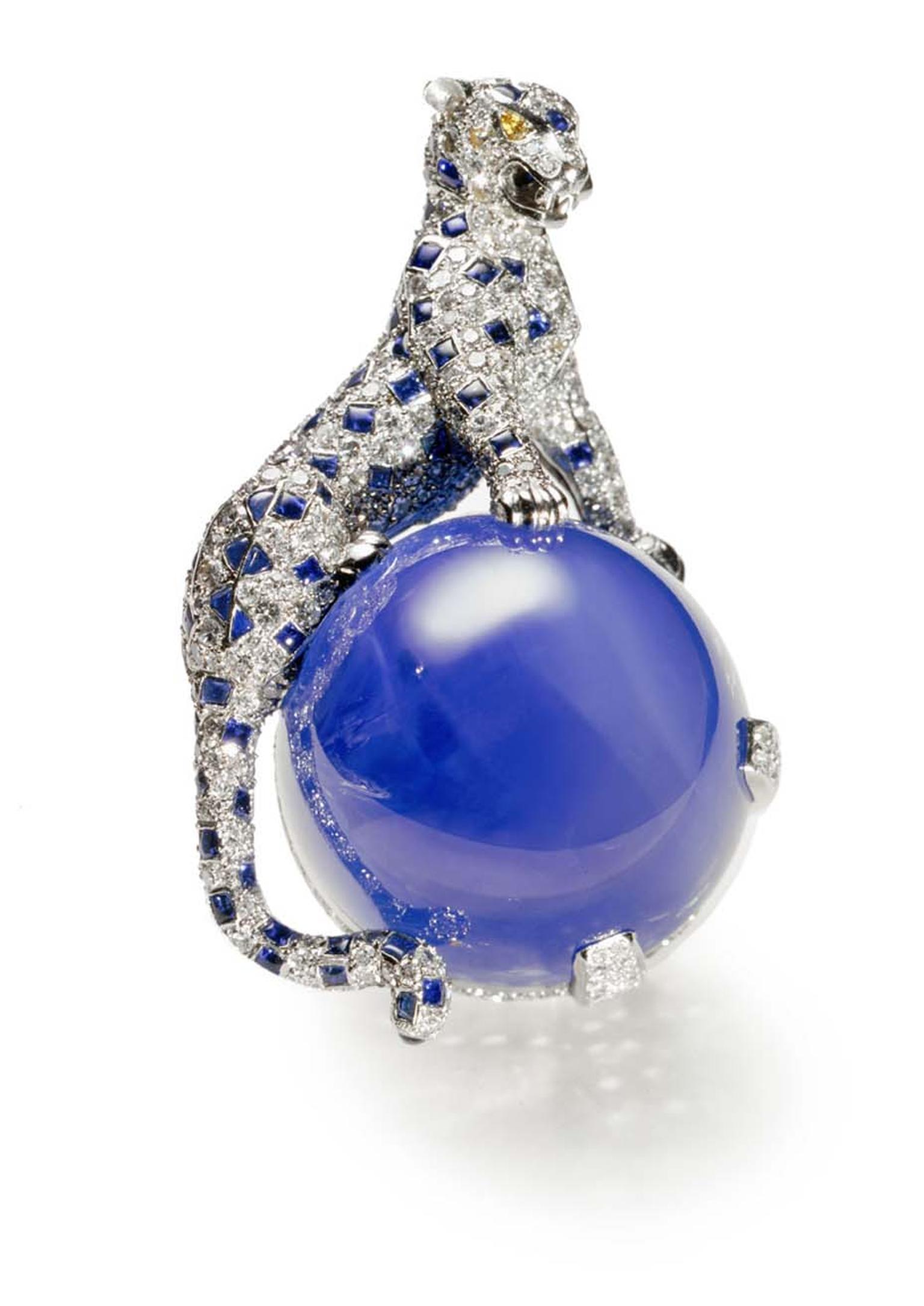 One of the most memorable exhibitions of the year, the 'Cartier: Style and History' exhibition at the Grand Palais in Paris is a not-to-be-missed jewellery event. Organised by Reunion des Musées Nationaux, the displays cover the history of style and design as told through 600 glittering Cartier jewels, watches, clocks and small, very precious objects.

This is the 26th exhibition of Cartier jewels at museums around the world and one of the grandest in scale, set beneath the soaring steel arches of the glass Grand Palais. Adding to expectation, this is the first time in 20 years that Cartier has been the theme of a major show in Paris.

The chronologically arranged layout takes visitors on a design journey told through jewels, beginning with early pearl and diamond Cartier creations from the mid 1800s. Shifts in taste are evident and well explained, from the early garland style of the first decades of the 1900s to the minimalist lines of the Modern style, as seen in the simple ripples of the 1902 platinum hair jewel.

Visitors will get to grips with the importance of neo-Classical and pre-Art Deco at Cartier as well as later iconic house designs such as the famous Tutti Frutti jewels of the 1930s and the 1970s designs of Aldo Cipullo, as epitomised in the Love bracelet. The 1928 Chimera Bangle that once belonged to Ganna Walska is a fine example of both Chinese and Indian influences, strains still evident in Cartier's work today. The Egyptian jewels, in the form of scarabs, Horus heads and even a sarcophagus, are some of the most surprising.

And of course there are the many individual styles of notable special commissions. Not to be missed is the Maharajah of Patiala's ceremonial necklace that, in 1928, Cartier re-set to show off 1,000ct of diamonds to their best advantage. Also on display is the 1936 Halo tiara loaned to the Duchess of Cambridge by the Queen for her wedding day. And you can gaze into the pink heart of the Queen's Williamson flower brooch, with its impressive central pink diamond, set by Cartier and often seen on Her Majesty's lapel.

The Duke and Duchess of Windsor's love life was virtually written in Cartier jewels, and the couple were one of the maison's most loyal clients. The Duchess of Windsor was perhaps the most bold and groundbreaking wearer of Cartier jewels as she had a strong personal sense of style. She was attracted to the slinky and bold bejewelled panther, created in 1949 by Jeanne Toussaint, the House's artistic director. Another fan of Cartier was Barbara Hutton who was the owner of another set of notable panther jewels. Less feline is Mexican actress María Félix's spectacular diamond snake necklace, complete with an enamelled underbelly, and the twin crocodiles necklace.

The earliest timepiece on display dates from 1904 and is an early example of the first Santos-Dumont wristwatch. Other watches look as fresh as if they were made yesterday, a testimony to the design vision of Louis Cartier that endures to this day.

So for one of the most alluring history lessons in design and style, head to 'Cartier: Style and History' exhibition at the Grand Palais in Paris, which runs until 16 February 2014. Or simply revel in the beauty of this extraordinary gathering of iconic Cartier creations and enjoy the show.

PREVIOUS ARTICLE Gemfields brings a fresh look to emeralds and amethyst with Jacquie Aiche at Stone and Strand NEXT ARTICLE White Christmas: sparkling diamonds for under the tree 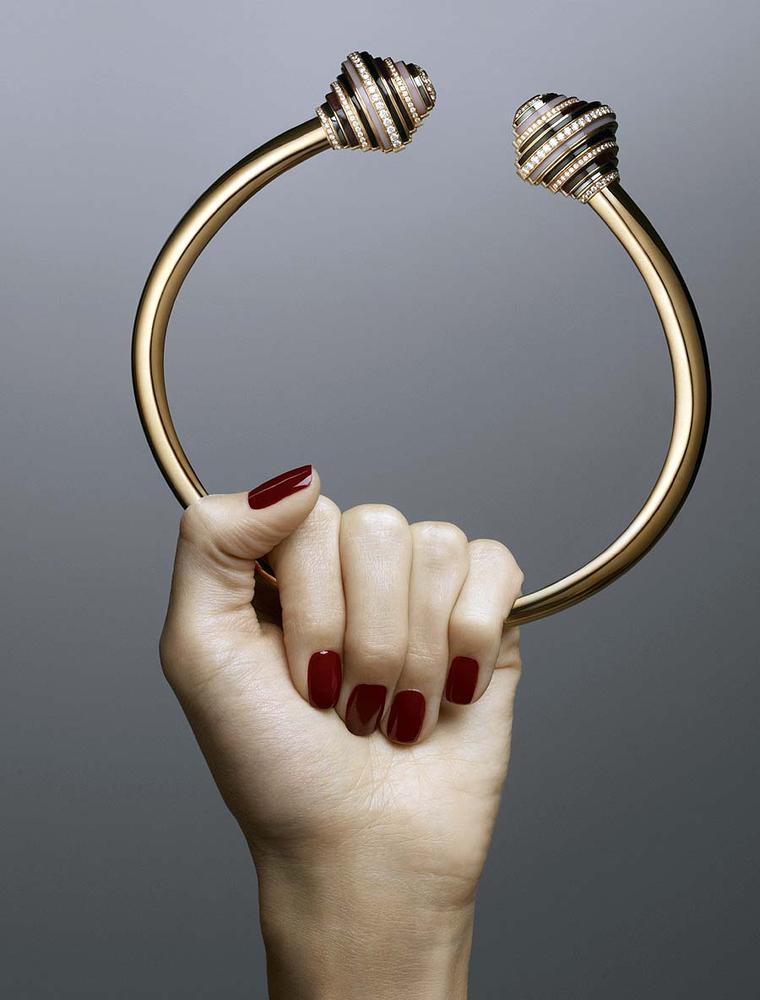 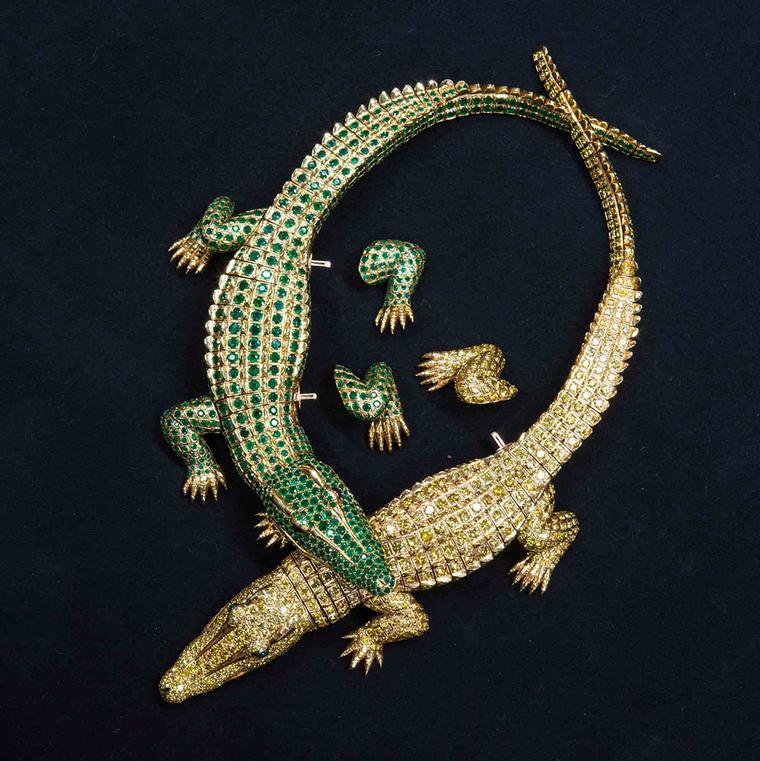