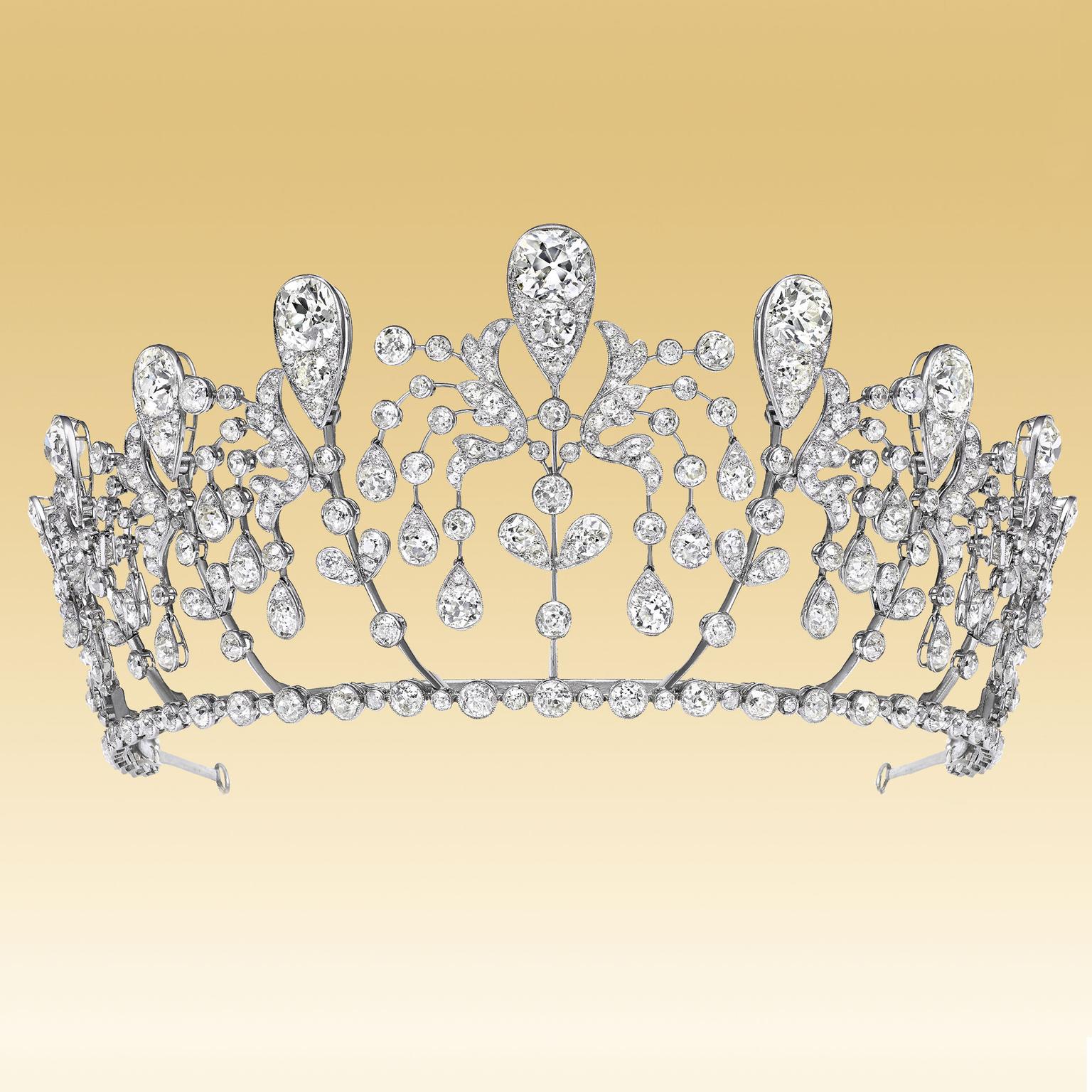 A synonym for quintessential Parisian elegance since 1780, the name Chaumet conjures up images of jewellery and regal paraphernalia commissioned by France's royalty and Empress Joséphine and Napoleon, of graceful tiaras decorated with diamond wheat stalks, of jewellery and watches adorned with delightful scenes from nature and naturally, no. 12 Place Vendôme. Having such a long and interrupted history also paves the way for some extraordinary stories.

Perhaps the first thing to clear up is that Chaumet, the byword for Parisian fine jewellery and elegance since 1780, was not founded by Chaumet. It was founded by Marie-Étienne Nitot, a Parisian jeweller who honed his skills under the official court jeweller to Queen Marie-Antoinette. More fortunate than the Queen and her husband King Louis XVI, who lost their royal heads in 1793 to the guillotine, Nitot survived the French Revolution and in 1802 was appointed court jeweller to Emperor Napoleon I and his two wives, Joséphine de Beauharnais and Marie-Louise of Austria.  Aided by his son François Regnault, Nitot created splendid jewellery and regalia to for the Emperor who was determined to re-establish France to its former status as the epicentre of luxury. Nitot’s royal connections spurred a following, and he became the go-to jeweller for Europe’s elite. Following Nitot’s death in 1809 his son, a fervent loyalist, continued in the business until the fall of the Empire in 1815. Sold to his foreman Fossin, the company eventually ended up in the hands of Joseph Chaumet in 1885 who set up headquarters –including workshops and boutique-  at 12 Place Vendôme in 1907 and renamed the company after himself.

2. The Stone in the Sword

Among the many objects designed to convey Napoleon’s absolute power was his coronation sword. Not any old sword mind you; Nitot’s sword for Napoleon was crowned with the huge 141-carat Regent Diamond. Still considered the finest diamond in the world, and worth a cool £48 million, the Regent has a history as multi-faceted as its original 410.64 carats. Found in 1698 by a slave in the Golconda Mines of India, who reputedly hid it in in a wound on his leg, the stone was stolen from him by an English sea captain, sold to an Indian merchant who in turn sold it to Thomas Pitt, the English governor of Madras. Sent back to England in 1702, Pitt’s Diamond, as it was known at this stage in its odyssey, was whittled down into a plump 141-carat cushion-cut diamond while the remnants of the whopper were sold to Tsar Peter the Great in Russia. Acquired

by Philippe II Duke of Orleans in 1717 and renamed the Regent diamond, it was used to adorn crowns of French kings before being embedded in the hilt of Nitot’s sword for Napoleon Bonaparte’s splendid coronation. Following Napoleon’s exile to Elba, his second wife Marie-Louise whisked the crown jewels - including the Regent Diamond - out of France to Austria. It wasn’t until many years later that her father decided to return them to France. After various appearances in more royal crowns, the Regent Diamond was mounted in a tiara for Empress Eugenie and has been on display in the Louvre since 1887.

Empresses are hard to come by these days, but there is a new generation of millennial royalty rising through social media ranks. Chinese actress, singer and model Angela Yeung, left, better known by her stage name Angelababy is a good example of this phenomenon and is adulated in Asia.  As a wedding gift from her husband, the actor Huang Xiaoming, Angelababy was given a 6-carat Chaumet diamond ring. Taking into account that their lavish wedding in Shanghai cost $31 million, a £1 million wedding ring might not seem so out of place. However, Angelababy is a social media icon and, along with photographs of herself posing with or without her pets, she posted a picture of her diamond ring on Instagram. With 5.8 million followers on Instagram alone, the photograph of her Chaumet ring sparked a deluge of petitions from all over the world.

Inspired by Empress Joséphine, one of Chaumet’s earliest and most flamboyant patrons, the Joséphine Aigrette Impériale ring forms part of the sumptuous Joséphine high jewellery collection of 2015. Mimicking the shape of a miniature tiara, the ring is crowned by an enormous pear-cut diamond.

4. Chaumet and the art of watchmaking

Chaumet’s watchmaking credentials, which date back to 1780, are on a par with the Maison’s jewellery. The above bracelet watches, made in 1811, studded with

emeralds, diamonds and pearls were equipped with a sophisticated calendar watch movement made by none other than Breguet - the leading watchmaker of the age. Designed to be worn on both wrists simultaneously, these ladies’ watches formed part of Princess Augusta of Bavaria’s trousseau given to her by her mother-in-law Empress Joséphine. Today, women are spoiled for choice when it comes to watches, from delightful high jewellery creations decorated with in-house motifs to more cosmopolitan watches like the Liens collection.

But men have not been overlooked and, with such a rich historical archive to peruse for ideas, designers of Chaumet watches recreated the shape of the famous Regent diamond on Napoleon’s sword to become the distinctive cushion-shaped case of the Dandy, above right.

Nitot’s son was the first jeweller to set up shop in Place Vendôme in 1812 at the current address of the Ritz Hotel. When the jewellery Maison eventually passed into the hands of Joseph Chaumet, the building at no. 12 Place Vendôme was acquired and is still the opulent setting for all Chaumet’s activity with its flagship boutique, high jewellery workshops and creative studios. But Joseph Chaumet was not the first famous resident to occupy this building as a commemorative plaque on the façade of the boutique recalls. Chopin, the Romantic pianist from Poland, lived his last days in an apartment at this address and died there on 17 October 1849. His last composition, the Mazurka in G Minor, was reputedly composed in the majestic Grand Salon of the building situated on the first floor with a view out over the square and the Vendôme Column erected by another famous Chaumet patron, Napoleon I.  How fitting. 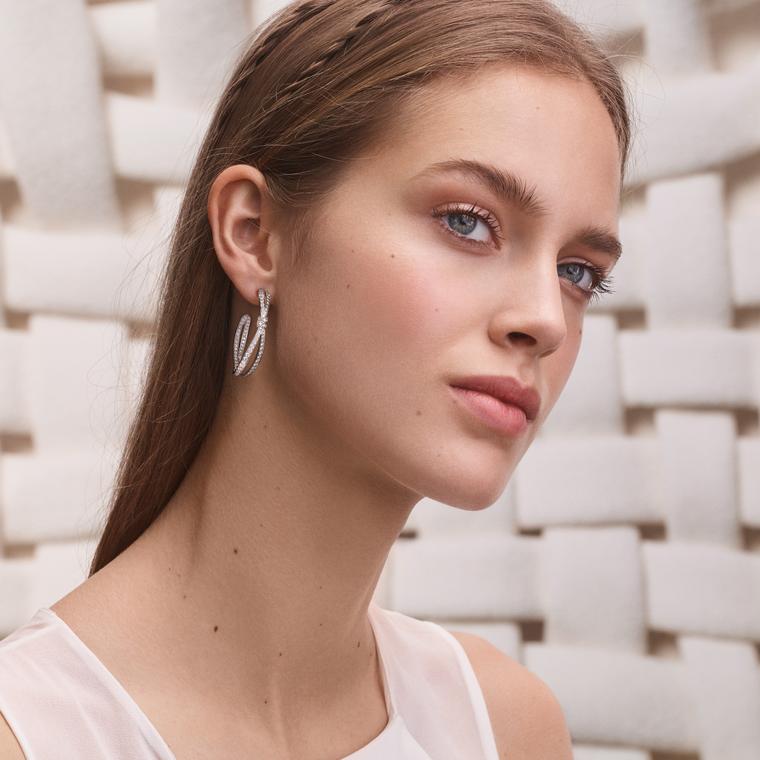 Chaumet: A Liens jewel for all seasons 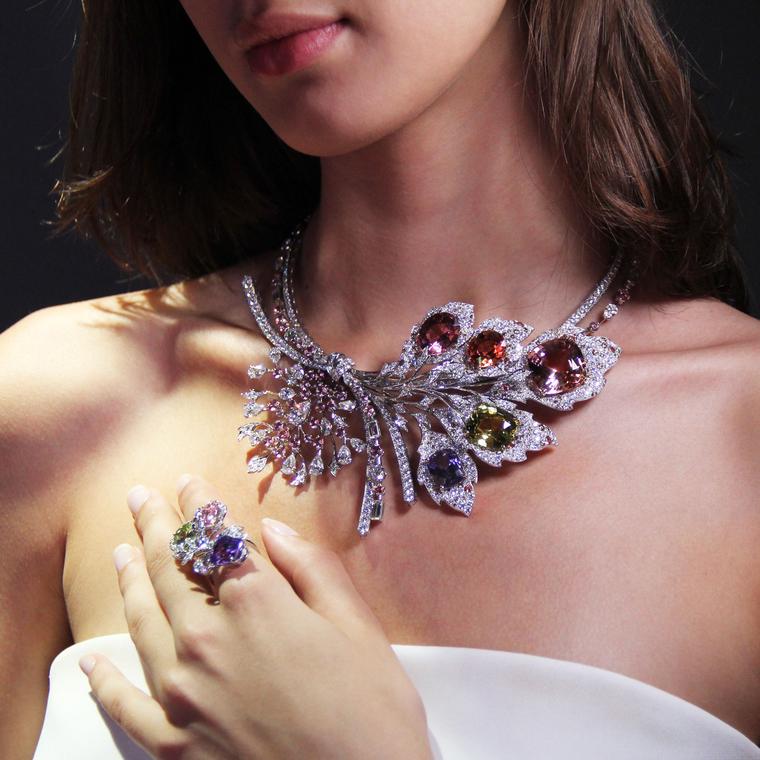 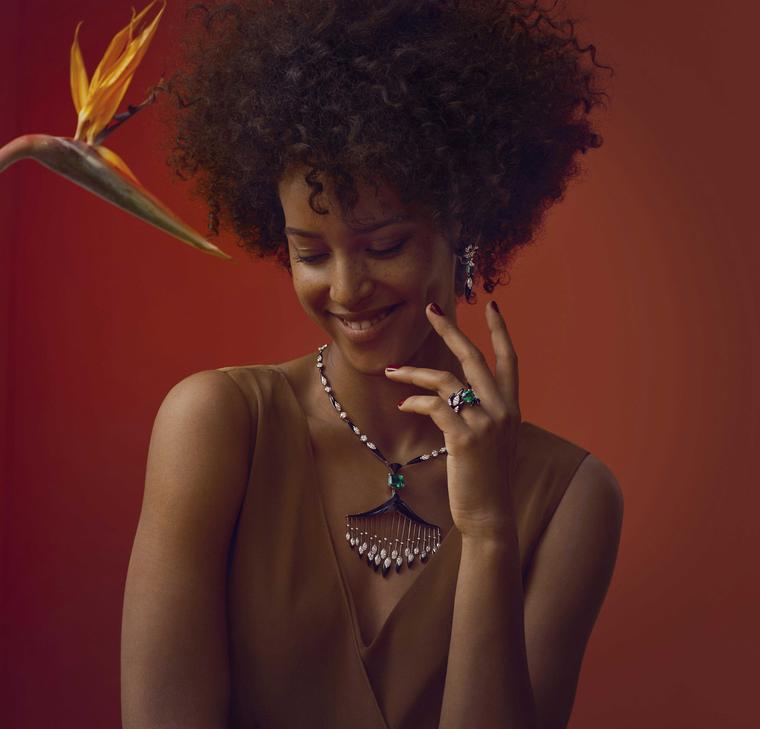