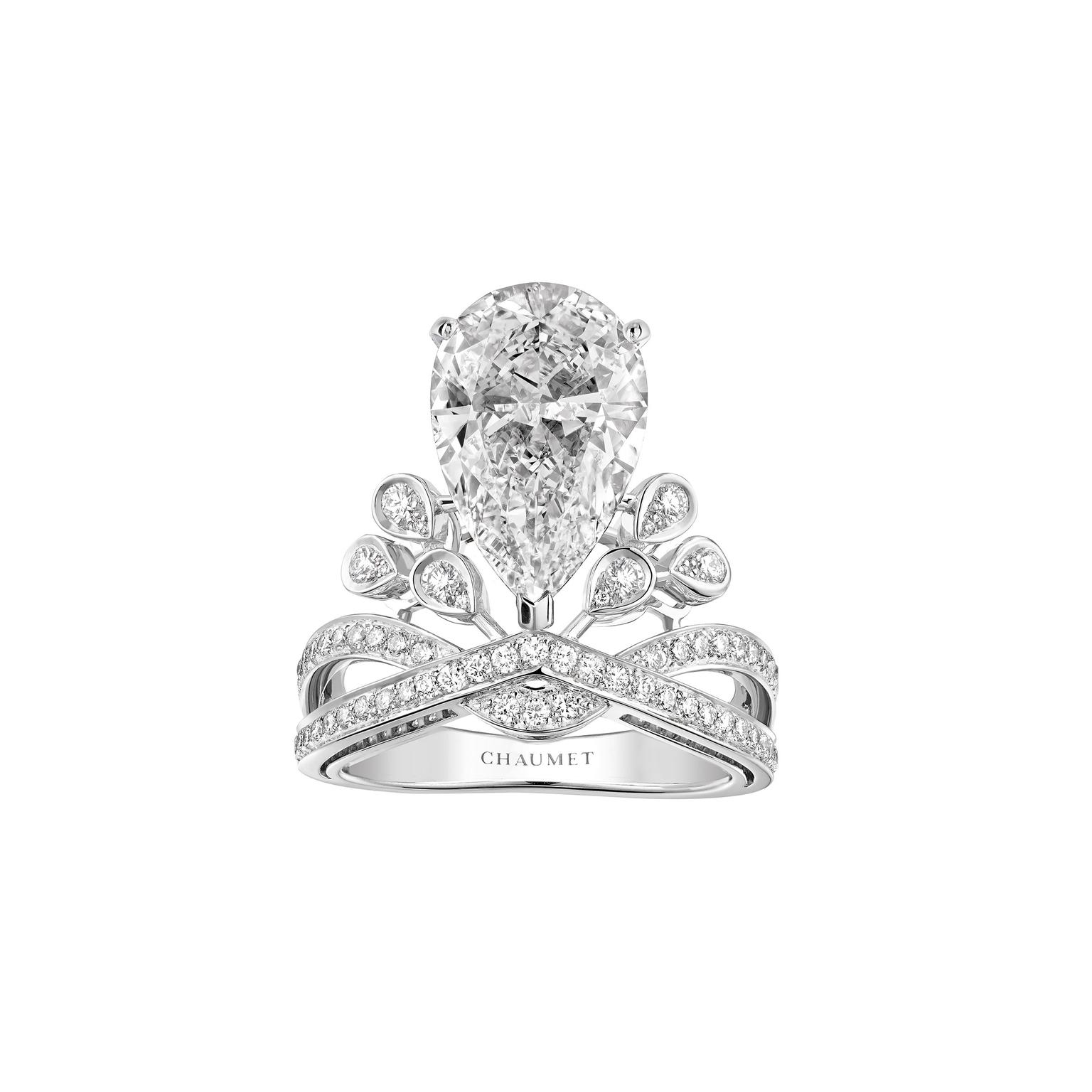 Empress Joséphine, a woman renowned for her personal sense of style, is once again casting her spell over Chaumet jewellery. The Maison has turned to one of its earliest patrons for inspiration for the latest additions to its Joséphine high jewellery collection. Joséphine ou l’art du style, as it is officially known, captures the effortless grace of the French empress in a new range of delicate diamond jewels, with splashes of regal blue and feminine pink sapphires.

In the spotlight once again, it has been five years since Chaumet took the tiara shape and converted it into the very first Joséphine ring. Guided by the muse of Joséphine, at the centre of each ring a pear-cut precious stone quite literally crowned the finger. The Empress and tiaras are inextricably linked, Joséphine being the figure in French history most closely associated with majestic headwear. In the new Republic, presided over by her husband Napoleon - which ironically was as opulent as the monarchy it replaced - tiaras were no longer just the preserve of aristocrats.

Of refined tastes and worldly wisdom, and with an intuitive understanding of the juxtaposition of power and grace, Joséphine tempered the strict geometry and regimental rigour of the Empire style with the soft, flowing forms of her beloved garden and upbringing in the balmy exoticism of Martinique. As a besotted Napoleon wrote to his beloved from his travels: “Joséphine, Joséphine, remember what I have told you many times: nature made me the strong and resolute soul. It crafted you from lace and gauze…”

And this emotion is masterfully captured in the lightness of lace and gauze in four different styles of jewels. The impressive Rondes de Nuit rings, necklace, watch and earrings take the pear-cut, so much part of the Chaumet style, and positions it centre stage, wrapped in ribbons of baguette and brilliant-cut diamonds.

During the Belle Epoque era, tiaras were often adorned with plumes or aigrettes to add height and importance to head jewels. This lightness of a spray of feathers is captured in the Aigrette Impériale jewels, which surround a central pear-cut diamond, sapphire, ruby or emerald with a shower of diamonds. Knife-edge links and light-as-air settings capture the spontaneity of a cascade of water.

Eclat Florale celebrates the romantic cushion cut, be it diamonds or other precious stones. These transformable jewels capture the freshness of a garden with bursts of floral motifs, elegantly tapered silhouettes and, of course, a central cushion-cut stone.

PREVIOUS ARTICLE Louis Vuitton captures the glamour of travel NEXT ARTICLE How smart are smartwatches? 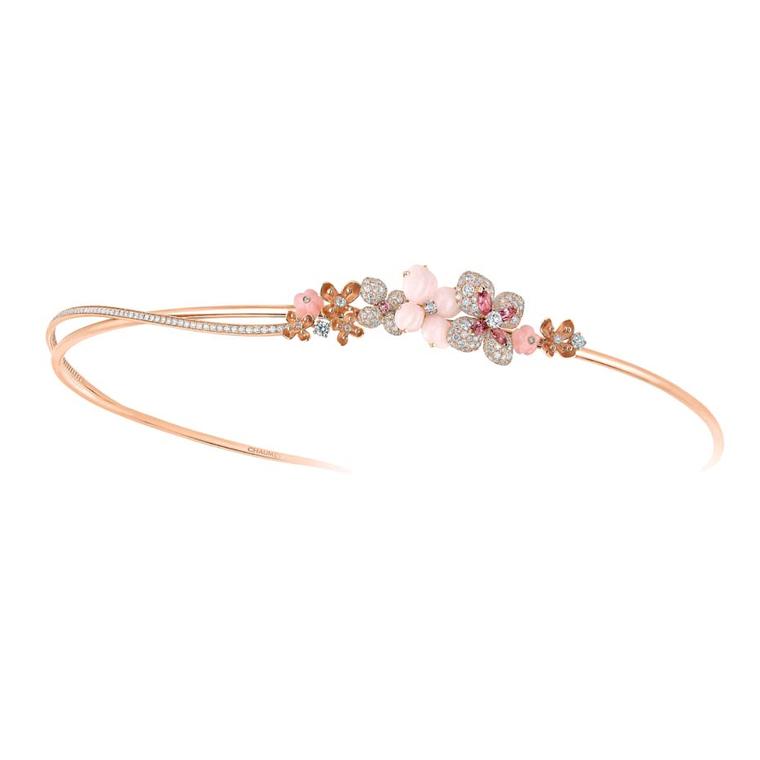 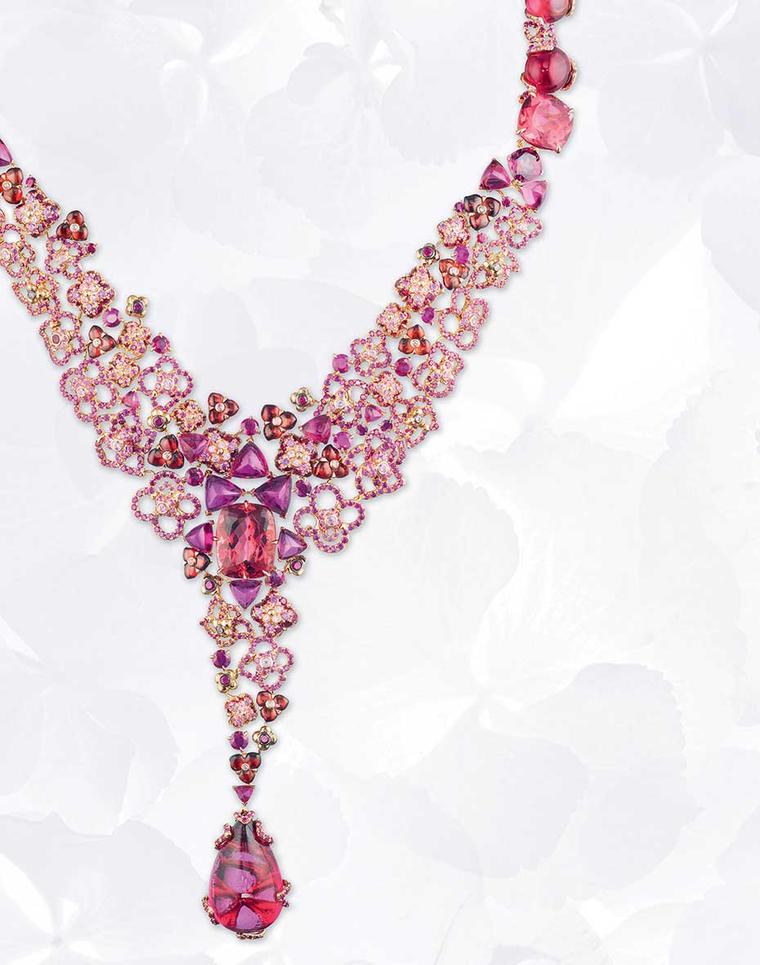