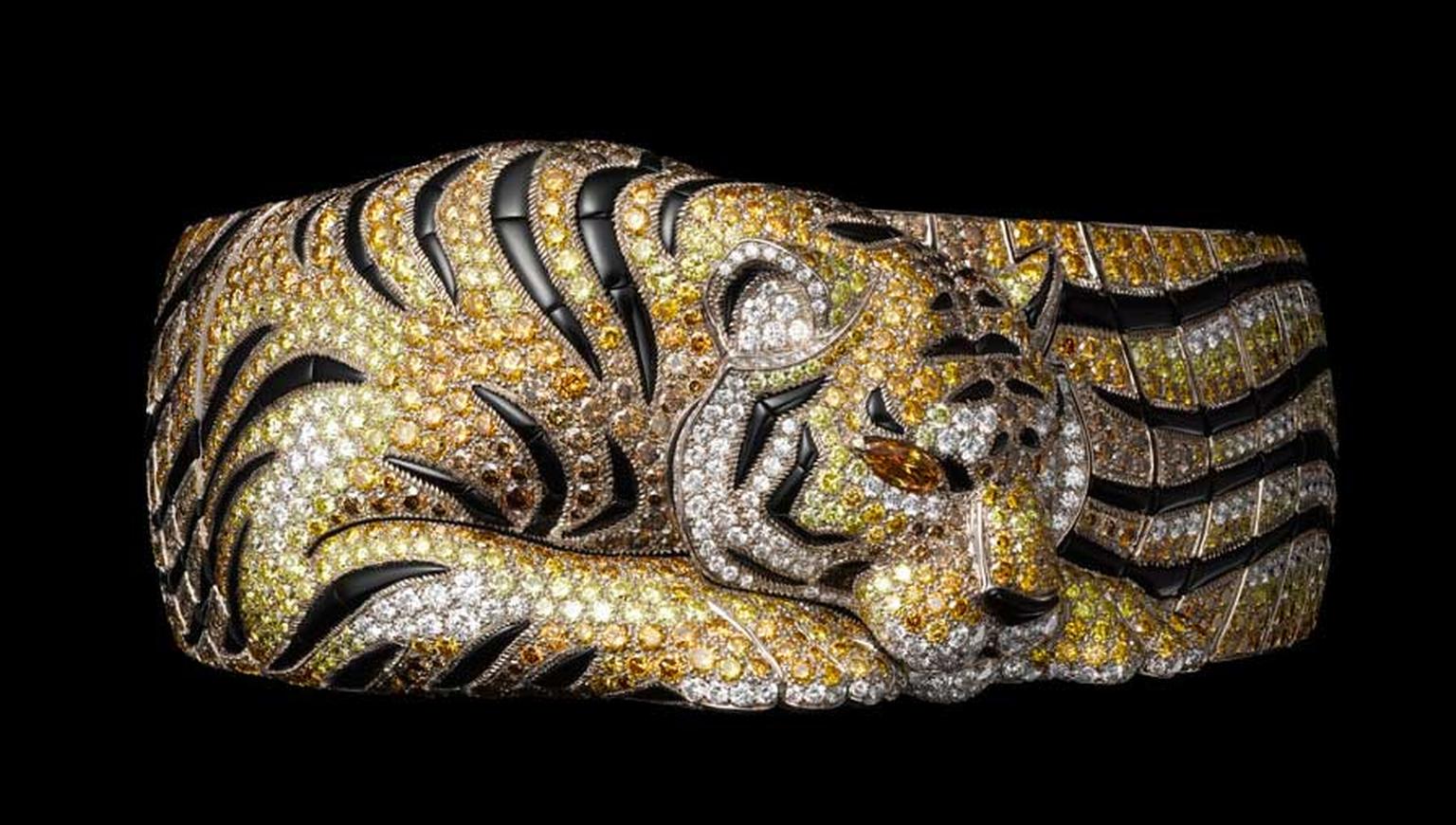 Arguably the most important event in the jewellery calendar, the Biennale des Antiquaires in Paris is where the big jewellery houses pull out all the stops to showcase their finest wares.

The Paris Biennale 2014 is taking place this autumn, and if it anything like the last show two years ago, it will be the highlight of the year, with some of the most coveted jewels in the world on display.

The 2012 Biennale des Antiquaires played host to 150 exhibitors, nearly double the 86 present at the 2010 event, so expectations are running high for the next instalment.

With just over five months to go, we look back on some of the most memorable pieces on display at the Grand Palais in 2012, against a backdrop designed by the formidable Karl Lagerfeld.

A Biennale veteran, Cartier has been part of the exhibition since 1964 so it was only appropriate that in 2012 its creations were displayed on the largest stand of all, measuring an impressive 250 sq m. Featuring a staggering 150 jewels, Cartier's Depaysement collection encompassed a diverse variety of pieces inspired by different landscapes, from the vibrant city to the stifling heat of the desert and the frosty Arctic.

Two years in the making, the collection included an awe-inspiring variety of stones and materials with a colour spectrum stretching from stark monochrome to dazzling emeralds, sapphires and aquamarines. More earthy tones of brown, orange and yellow are reflected in the Solar Tiger Bracelet with the animal's watchful eyes made out of yellow-orange diamonds.

Bulgari made its debut at the Biennale with a collection bursting with the colour and cabochons for which the Italian jewellery house is so famous. The Elizabeth Taylor collection on display included Bulgari pieces bought for the screen diva by Richard Burton as well as three extravagant new jewels that were inspired by her legacy. Especially noteworthy was a necklace featuring a 165-carat sapphire on thick ropes of pink rubelites, mandarin garnets and emeralds.

The House of Boucheron has often incorporated the snake into its collections, and at the last Biennale it unveiled one of its most stunning creations yet: a diamond, opal and rock crystal Serpent necklace. While staying true to its rich creative heritage, the Parisian jeweller reworked icons such as the snake, chameleon and ivy into colourful jewels with a playful element.

Bright blue and green were the order of the day at Harry Winston, which stunned visitors with an unusually colourful display. The Water collection paired diamonds with vibrant sapphires and emeralds as well as turquoise and Paraiba tourmalines. Echoing the colour and fluidity of water, the Cabochon Fall necklace was particularly impressive, with fancy and pavé diamonds combined with brilliant- and pear-cut stones to create a free-flow effect.

Chanel indulged in a spot of stargazing for its '1932' collection of 80 jewels, marking the 80th anniversary of Gabrielle Chanel's Bijoux de Diamants exhibition of 1932. With motifs that included stars, comets and suns, as well as lions to represent Mademoiselle's star sign Leo, the pieces were inspired by the original collection. The undisputed star was the Comete necklace, which coils gently around the neck, with a 15 carat white diamond at the heart of the shooting star.

Chinese jeweller Wallace Chan made his debut at the last Biennale with 50 breathtaking pieces inspired by the essence of Oriental and Chinese culture. Using real butterflies as his starting point, Wallace's jewels captured the frailty of the insect's wings with an astonishing attention to detail. The Whimsical Blue brooch from the Fluttery series is a case in point, with its body made up of three tanzanites set with diamonds, and wings consisting of carved icy jadeite, lapis, lazuli and sapphire.

Chaumet unveiled its high jewellery collection, 12 Vendome, named after its headquarters at 12 Place Vendome and inspired by the Maison's very first muse, Empress Josephine. Over 40 pieces were on display, from classic tiaras to 1920s-style necklaces, including a tiara from the No 2 Collection with a mesmerising mix of emeralds, sapphires, rubies, purple jade and spinels surrounding a central opal.

Van Cleef & Arpels is known for creating jewels with a story behind them, and the Palais de la Chance collection, which the brand unveiled at the Biennale, was no exception. From Egyptian scarabs and swallows to the colour green and swags of ivy, the pieces evoked enduring symbols of luck and hope.  The Egyptian-themed Everlasting Light long earrings were particularly stunning, with their heady combination of green chrysoprase beads, a black opal, lapis lazuli, diamonds, mandarin garnet and turquoise.

Inspired by the costume jewellery Monsieur Dior designed for his couture collections in the 1950s, Dior's Biennale jewels provided a flurry of colour and unexpected stone combinations. Entitled 'Dear Dior', the collection was very much a love letter to the past, with the reverse of each piece featuring a design from the House's lace archives. With its flamboyant design and explosion of colour, the outsized Dentelle Opale d'Orient ring epitomised the collection. 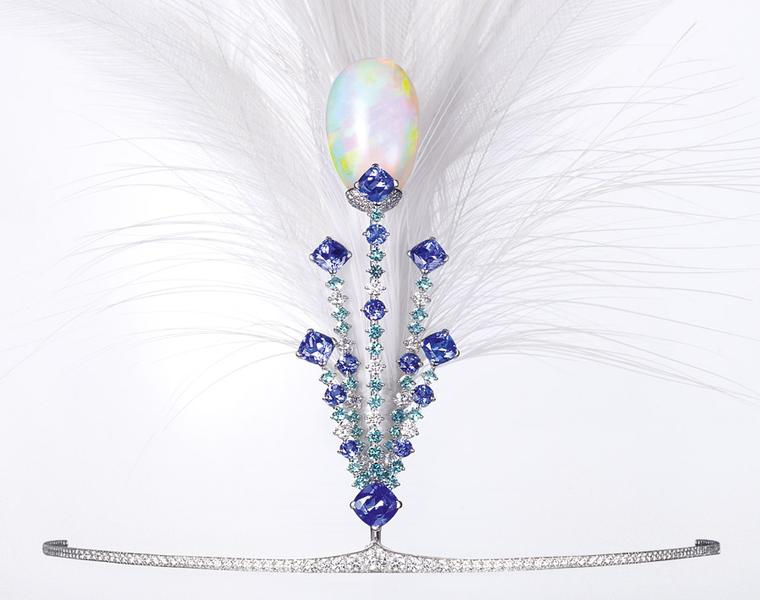 Chaumet bring it all back to Place Vendome 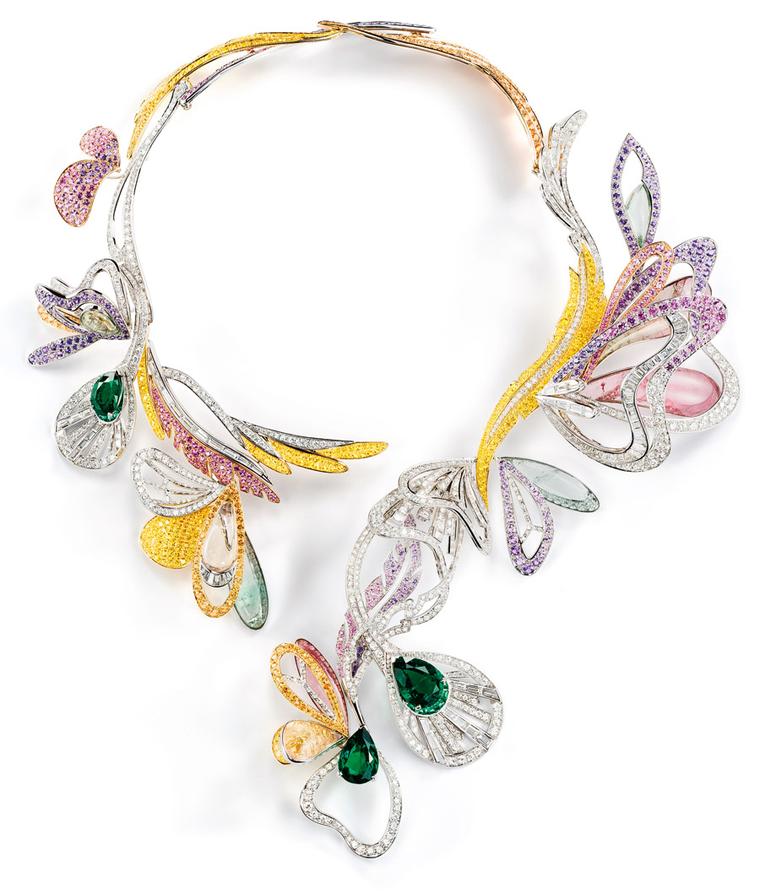 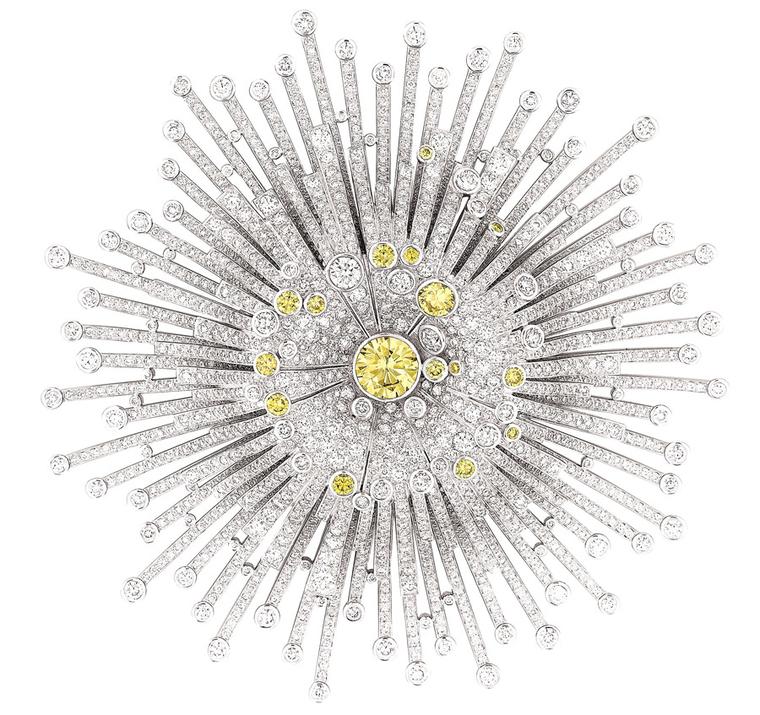 Chanel looks to the stars for the Biennale des Antiquaires