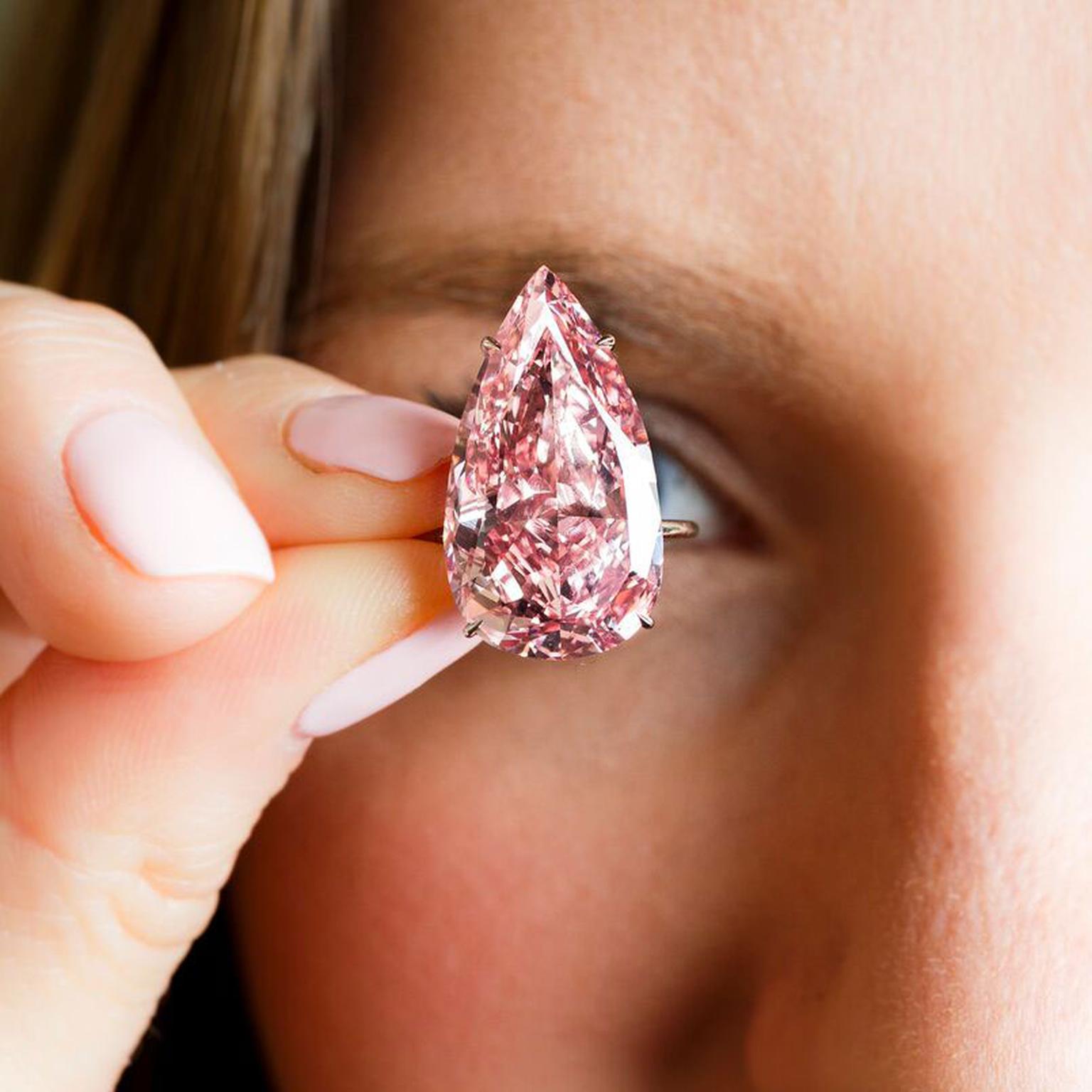 A 15.38ct pink diamond ring described as “simply astonishing” entered the record books as one of the world’s most expensive pink diamonds this week.

The aptly named Unique Pink diamond sold for $31.56 million at Sotheby’s Geneva, making it the most expensive Fancy Vivid pink diamond to ever sell at auction. Despite coming in at the low end of its pre-sale estimate, it beat the previous record held by the 16.08ct Sweet Josephine, which sold for $28.55 million at Christie’s Geneva last November.

Boasting a strong hue coupled with exceptional transparency, the Unique Pink was mined near Kimberley in South Africa before being cut and polished by Cora International. Only three per cent of all diamonds mined across the world are coloured and, of these, less than five per cent are classified as pink. Their incredible rarity means that pink diamonds are highly sought after and always command a premium when they appear on the auction block, often being the most expensive diamonds.

Ehud Laniado, chairman of New York-based Cora International that brought the Unique Pink to auction, said: “In the last 11 years, pink diamonds have risen in value by more than 350 per cent. By comparison, gold has risen by just over 160 per cent, according to the Fancy Color Research Foundation.”

It is the third record-breaking diamond that the manufacturing company has brought to auction in the past five years. The trio also includes the 12.03ct Blue Moon diamond that became the world’s most expensive gemstone when it sold for $48.5 million at Sotheby’s Geneva last November, and the Sun-Drop diamond, which holds the record for the largest pear-shaped Fancy Vivid yellow diamond sold at auction.

Total sales at the Magnificent Jewels and Noble Jewels spring sale held at Sotheby’s Geneva this week soared to more than $175 million, setting a new world record for any jewellery auction. The previous record of $160.9 million was set at the equivalent sale during last year’s auction season.

Pink diamonds led the way, with the Unique Pink joined on the block by two other record-breaking coloured gemstones. An 18.51ct pink diamond pendant set a new auction record for a Fancy pink diamond after selling for $9.77 million, while an 8.20ct Fancy purplish pink diamond ring sold for $3.69 million to achieve a record $450,744 per carat.

In addition, the auction was testament to the rising popularity in online bidding. Not only was there a 41 per cent increase in the number of lots sold online compared to last year, the jewellery sale also set a new price record when a virtual bidder paid $6 million for a pair of coloured diamond earrings.

David Bennett, Worldwide Chairman of Sotheby’s International Jewellery Division, said: “Exactly one year after having set the world record for a jewellery sale, Sotheby’s Geneva has raised the bar once again with a great sale and a great result for the Unique Pink.”

With the spring auction season well underway, we now turn our attention to the Oppenheimer Blue diamond, which is appearing on the block at Christie’s Geneva this week.