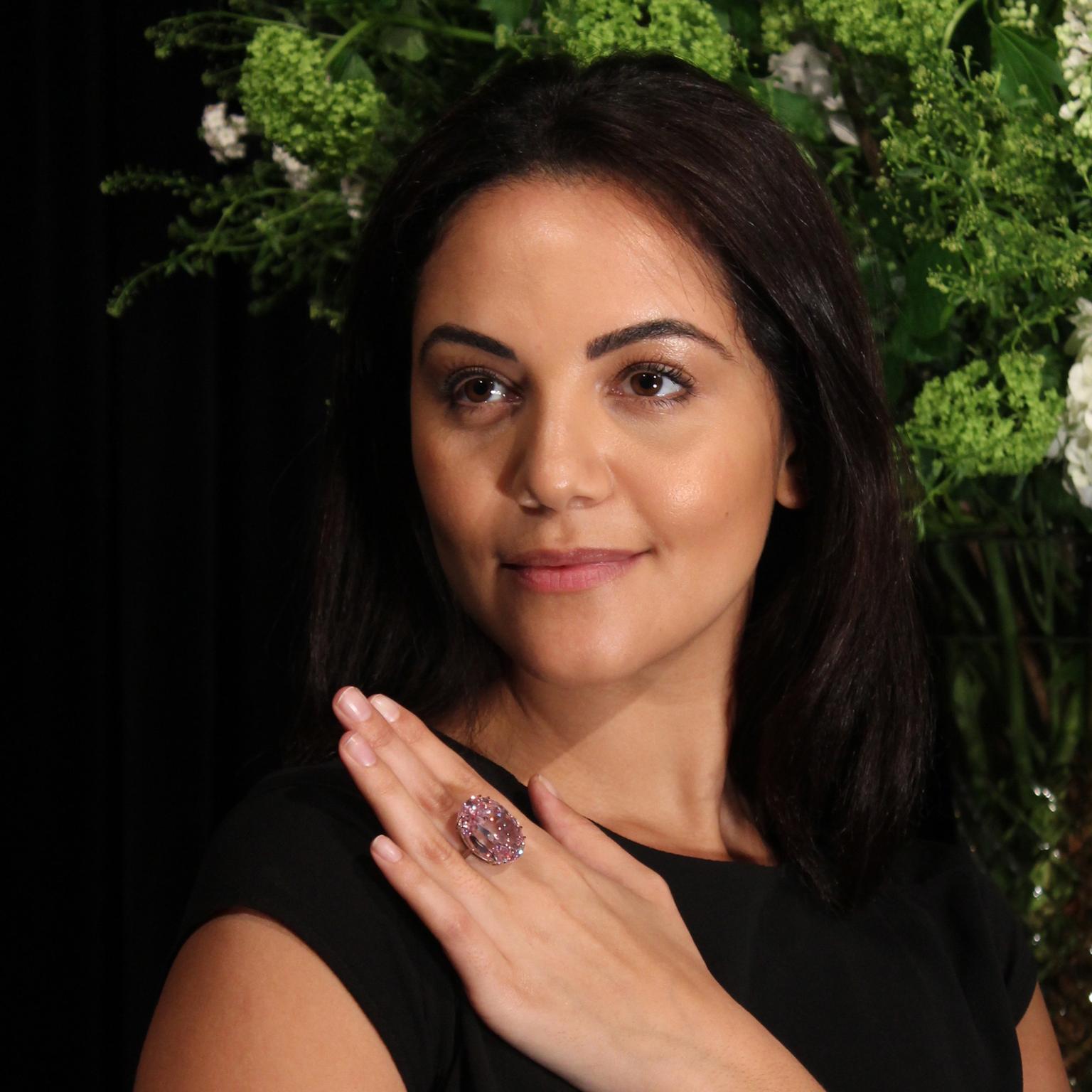 The highlight of the spring auction season here at The Jewellery Editor was the sale of the Pink Star, a 59.60-carat pink diamond set into a ring of truly impressive proportions. The largest Internally Flawless Fancy Vivid diamond ever graded by the GIA, it was snapped up for $71.2 million at Sotheby’s Hong Kong in April 2017, making it not only the most expensive ring in the world but also the most valuable gemstone ever sold at auction.

Eagle-eyed readers will know that this is not the first time the Pink Star has been on the auction block. In 2013, the oval pink diamond, which was cut from a 132.50-carat rough mined by De Beers in Africa nearly 20 years ago, achieved more than $10 million more than its most recent record-breaking price when it sold to the diamond cutter Isaac Wolf at Sotheby’s Geneva in November 2013. Wolf sensationally defaulted on his $83 million winning bid, leaving the diamond to languish in Sotheby’s inventory for more than three years.

Earlier this year, Maria Doulton came face to face with the record-breaking gem, which sold to the Hong Kong jeweller Chow Tai Fook, before it went under the hammer:

While the 59.60-carat Pink Star is officially the most expensive ring in the world, it was the Oppenheimer Blue, a 14.62 carat emerald-cut Vivid Blue diamond, that held the record prior to the April auction.

Blue diamonds have dominated the jewellery auction headlines in recent years, culminating in the sale of the Oppenheimer Blue, below, which sold for $57.7 million at Christie’s Geneva in May 2016.

The indigo-coloured gem was named after Sir Philip Oppenheimer, a member of one of the world’s most influential and powerful diamond families, who gave the ring to his wife Pamela. The Oppenheimers controlled the De Beers Mining Company and, as head of the London-based Central Selling Organisation, Sir Philip oversaw the diamond sales cartel for 45 years until 1993.

The stone is believed to originate from the famous Cullinan mine in South Africa and was set into a ring by renowned jeweller Verdura in the 1990s. Flanked by two trapeze-cut white diamonds on a platinum band, the centre stone was described by Christie’s as “the gem of gems”.

The final selling price comfortably exceeded the pre-sale estimate of $38-45 million and it also quashed the previous record set by the pink diamond ring, below, bought by legendary jeweller Laurence Graff in 2010 for $46.2 million. Immediately after the auction at Sotheby’s Geneva, Mr Graff renamed the 24.78-carat diamond The Graff Pink.

At the time, Mr Graff said the emerald-cut Fancy Intense pink gem was “the most fabulous diamond” he had ever laid eyes on in his 35-year career. Set into a platinum ring flanked by two shield-shaped white diamonds, the Graff Pink was previously owned by American jeweller Harry Winston.

Completing our round up of the most expensive diamond rings ever sold at auction is the 24.18 carat Cullinan Dream, below, which went under the hammer for $25.4 million at Christie’s New York in June 2016. The largest Fancy Intense blue diamond to ever appear at auction, this beautiful rectangular mixed-cut stone is set onto a platinum ring with baguette-cut diamond side stones. Like the Oppenheimer Blue, the Cullinan Dream comes from the South African mine of the same name and is the largest of four gems cut from a 122.52 carat rough blue diamond unearthed in 2014.

The fact that all the rings featured here are set with coloured rather than colourless gems highlights the strong demand for high-quality coloured diamonds. Blue diamonds are among the rarest in the world, accounting for a tiny 0.0001% of all gems mined around the world. The numbers are further whittled down by the fact that only around 1% of these stones display the colour tone and saturation that allow them to be classified as Fancy Vivid.

Pink diamonds are also extremely rare, with only 50 or 60 top-quality gems appearing on the market each year. These blush-coloured stones frequently fetch between 20 and 40 per cent more per carat than the equivalent white diamonds. 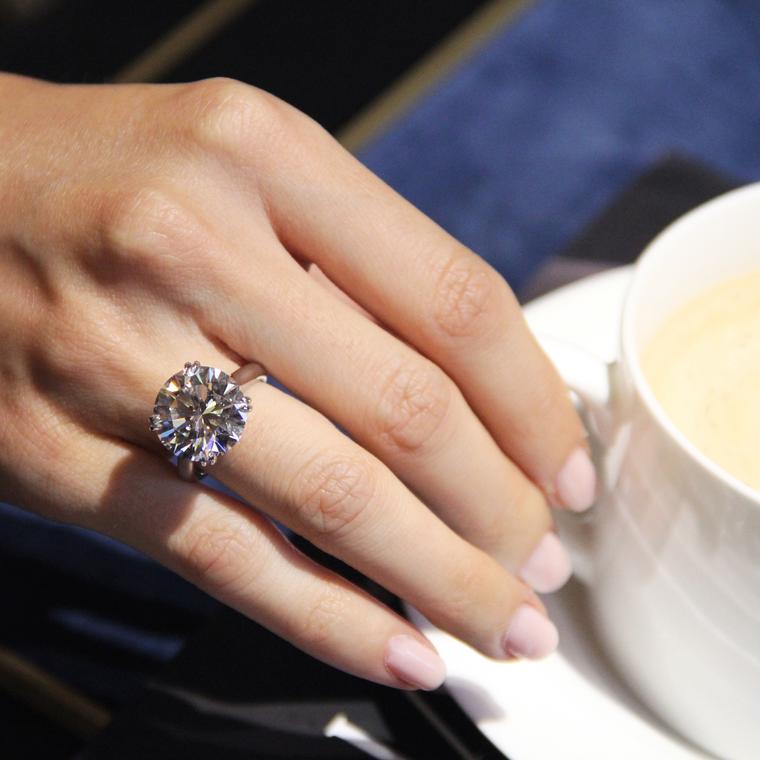 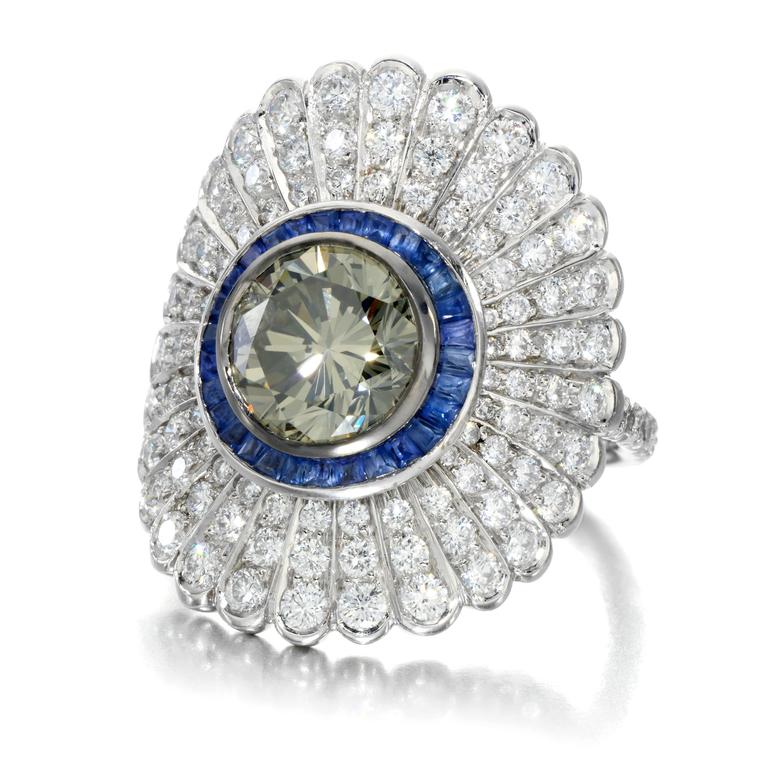