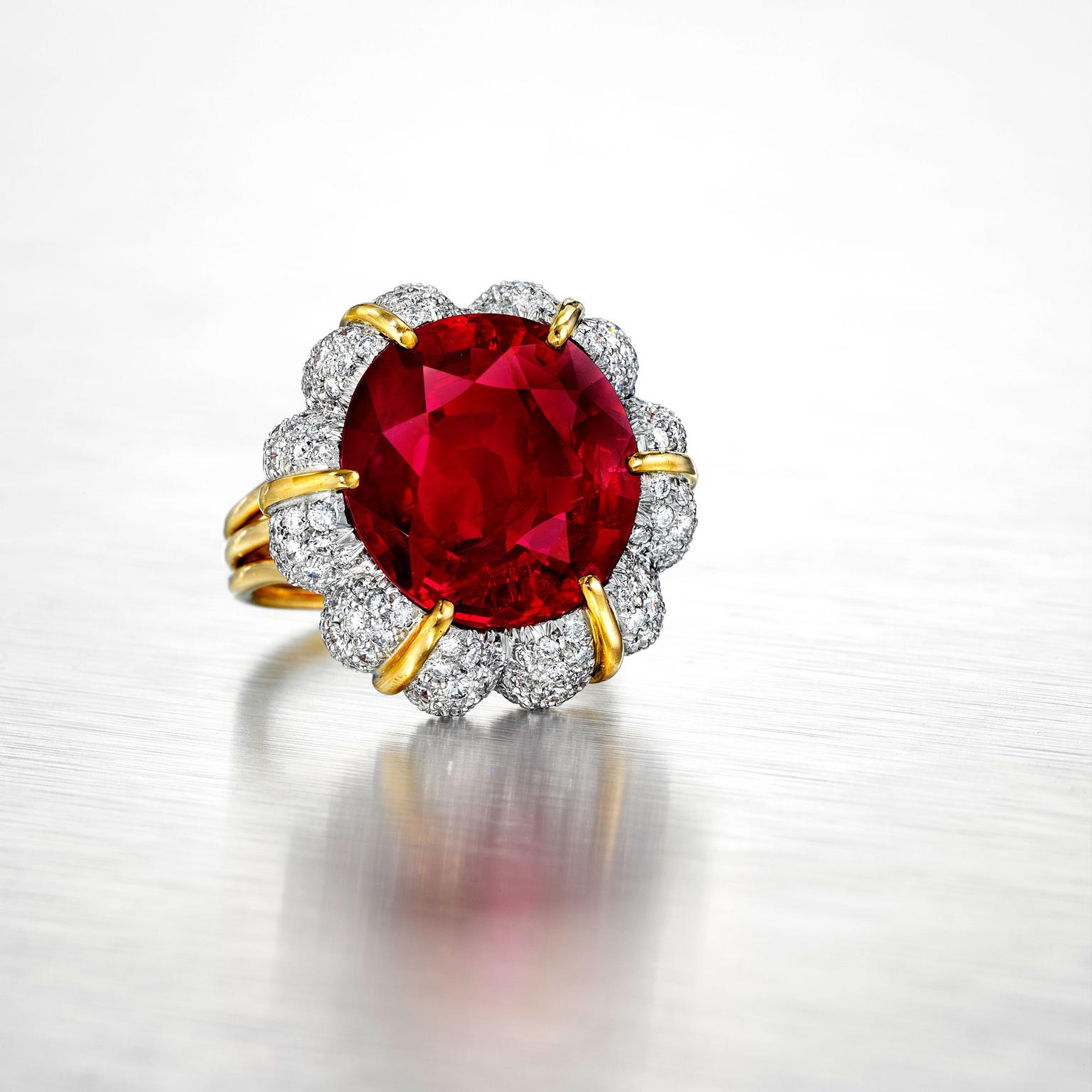 The last time a crimson gemstone of this caliber appeared on a US jewelry auction block was back in 1990 when a 16.20ct Burmese ruby went under the hammer at Christie’s New York.

Now, two and half decades later, all eyes are on the so-called Jubilee Ruby ring featuring an oval-cut Burmese ruby that boasts exceptional size, color and quality. Framed by white diamonds, the stone is set into a platinum and 18ct yellow gold mounting signed by Verdura - one of the most pre-eminent jewelry designers of the last century. With a pre-sale estimate of $12-15 million, the jewel looks set to enter the record book some of the world’s most expensive jewelry.

While emeralds, sapphires, and diamonds regularly appear on the market in important sizes, large rubies of Burmese origin are extremely rare. To find an almost circular-cut, unheated gem weighing more than 15cts, with near perfect crystallization, is the dream of every gemstone connoisseur. To say the Jubilee Ruby is worthy of a king would be no exaggeration. Until the middle of the 19th century, only the Sovereign of Burma or an individual deemed worthy by him, would have been allowed the privilege of possessing such a magnificent gemstone.

Although rubies can be found in various countries, it is the legendary mines of Burma that have yielded the most beautiful gems over the centuries. Historically, they have been mined in the Mogok Valley in the northern part of Burma, which is only two miles long and a half mile wide. It is the high chromium content in the ground that accounts for the extremely saturated red color, often referred to as pigeon’s blood, while the natural fluorescence has the effect of making the stones appear internally illuminated.

The Sunrise Ruby, which sold for $30.3m at Sotheby’s Geneva last year, is still the title holder for the world’s most expensive ruby, while the Crimson Flame Ruby set a new world record per carat at $1.2m at Christie’s Hong Kong in December 2015.

“Top quality Burmese rubies over 15cts are an absolute rarity in the world of colored gemstones,” said Rahul Kadakia, international head of jewelry at Christie’s. “The record price of $18.3m achieved for the 15.04ct Crimson Flame Ruby at Christie’s Hong Kong exemplified the voracious appetite of collectors for these gems.”

He added: “Fittingly, the Jubilee Ruby comes up for sale at Christie’s 250th anniversary, allowing gem connoisseurs the opportunity to own the very best Burmese ruby offered for sale in the United States in over two and a half decades.”