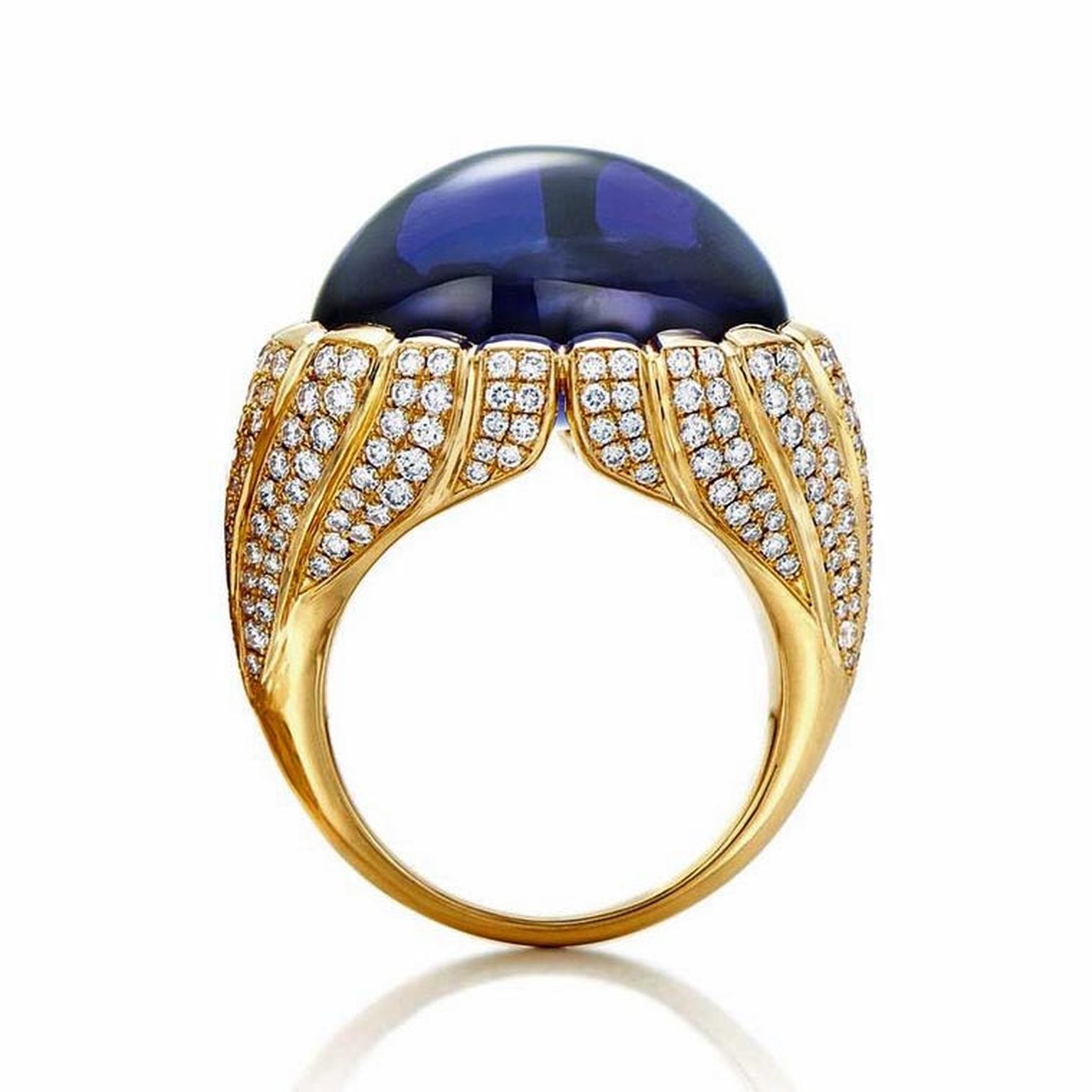 A mesmerising blue gemstone that is 1,000 times more rare than a diamond, it’s no wonder jewellery designers have fallen hook, line and sinker for tanzanite.

According to folklore, deposits of tanzanite were first stumbled upon in 1967 by a Masai tribesman searching for rubies in the Merelani Hills of Tanzania. Hailed as the “gemstone of the 20th century”, tanzanite has been on an upward trajectory ever since Tiffany & Co. embraced the gem by becoming its main distributor soon after the initial discovery. Originally known by its scientific name “blue zoisite”, the American jeweller swiftly renamed it tanzanite in homage to its country of origin, and launched a slick advertising campaign proclaiming the gem to be “the most beautiful stone to be discovered in 2,000 years”. Another marketing push stated that tanzanite could be found in only two places in the world “in Tanzania and at Tiffany’s”. While the latter part of that statement no longer rings true due to designers falling over themselves to feature the dazzling gemstone in their fine jewellery collections, tanzanites have so far only been found in one place on Earth.

The Tanzanite Foundation says that the chances of the natural factors that gave rise to tanzanite ever occurring outside of the current production area in East Africa are less than a million to one. And, even more worrying, this single source deep in the foothills of Mount Kilimanjaro is likely to be depleted within the next three decades. Both these factors have made tanzanite jewellery a very attractive investment and it now outsells all other coloured gemstones apart from sapphires.

With a colour that shifts from light blue to lilac, or from indigo to dark purple, the dichroic tanzanite is a true chameleon of a gem. In its natural state it is actually trichroic, displaying three colours - brown, blue and violet - but heat treatment is used to remove all traces of brown or burgundy.

Despite its relatively recent discovery, tanzanite has already become shrouded in gemmological legend, with the Masai believing it to be the stone of birth and often presenting new mothers with tanzanite gems. It is also used in meditation to help increase spiritual awareness. In 2002, tanzanite became the official birthstone for December, in a move that marked the first time in 80 years that a gemstone had been added to the list.

If you are as a captivated as we are by this charismatic shape-shifting gemstone, there is no shortage of tanzanite jewellery to indulge your new obsession. As the brand that introduced tanzanite to the world, a range of Tiffany jewellery continues to propel the gemstone into the spotlight. Most recently, its 2015 Blue Book collection included a 23.03ct deep blue tanzanite ring set into yellow gold. The gemstone also entered the realms of high jewellery via the Les Talisman range of Chanel jewellery, which included tanzanite rings, necklaces and brooches.

Tanzanite was a natural choice of centre stone when one of our most exciting contemporary jewellers, Ornella Iannuzzi, created her latest masterpiece - a tanzanite pendant featuring a 45ct crystal that was hand carved over a period of more than 200 hours before being set in white gold decorated with diamonds.

She says: “What I love about tanzanite is the beauty of its deep blue going into purple colour. It is a very intense and unique colour, which is only found in tanzanite. Also, the reason why I chose that particular one is for the incredible details in its crystallisation. Tanzanite crystals are always impressive, but this one is truly exceptional, hence the title of the piece: L'exceptionnelle Tanzanite!”

Greek jewellery designer Ileana Makri surrounds drops of the gem with multi-coloured sapphires in a pair of Art Deco-inspired tanzanite earrings, while US brand Jemma Wynne highlights the gemstone’s luminous colour and iridescent beauty in a sleek, contemporary tanzanite cuff. Brooke Gregson jewellery is renowned for its earthy, organic look with a sophisticated twist, such as this tanzanite necklace with five rectangular-shaped gems in a milligrain bezel setting.

While tanzanite engagement rings, such as this one by UK designer Andrew Geoghegan, are undeniably striking, it is important to bear in mind that the gemstone only ranks 6.5 on the Mohs scale, making it less hardy than diamonds, rubies or sapphires. A bezel setting can help to protect the stone against daily wear and tear, but it is advisable to remove it before activities such as sport or gardening.

For sheer beauty, however, the allure of tanzanite jewellery makes it a definite candidate for the top spot in our list of coloured gemstones. 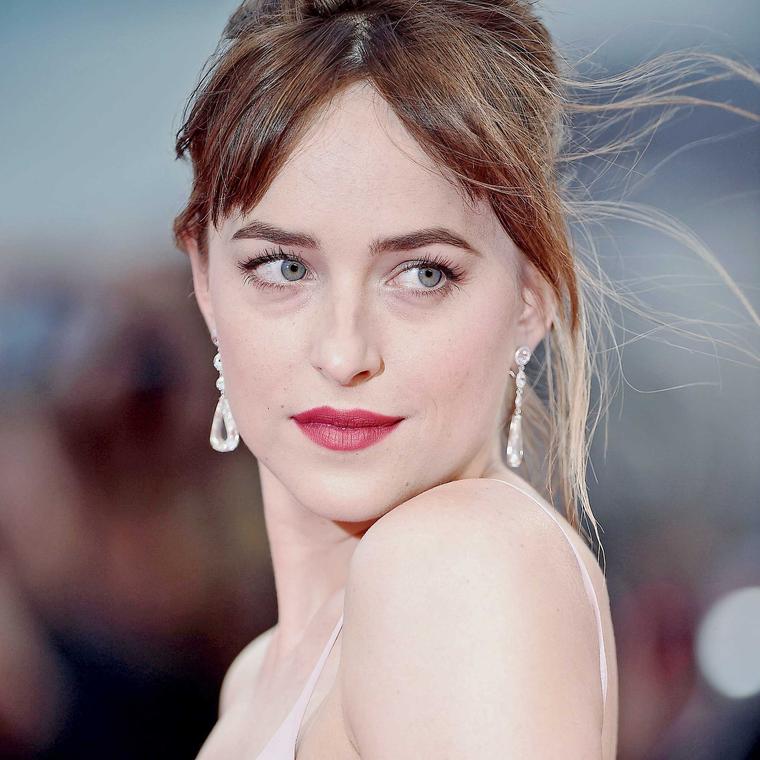 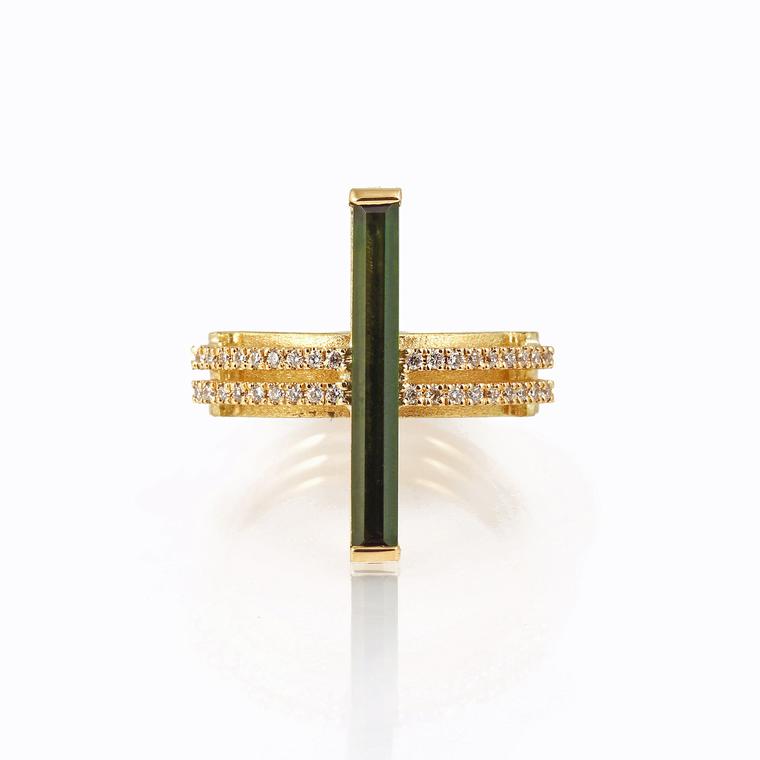