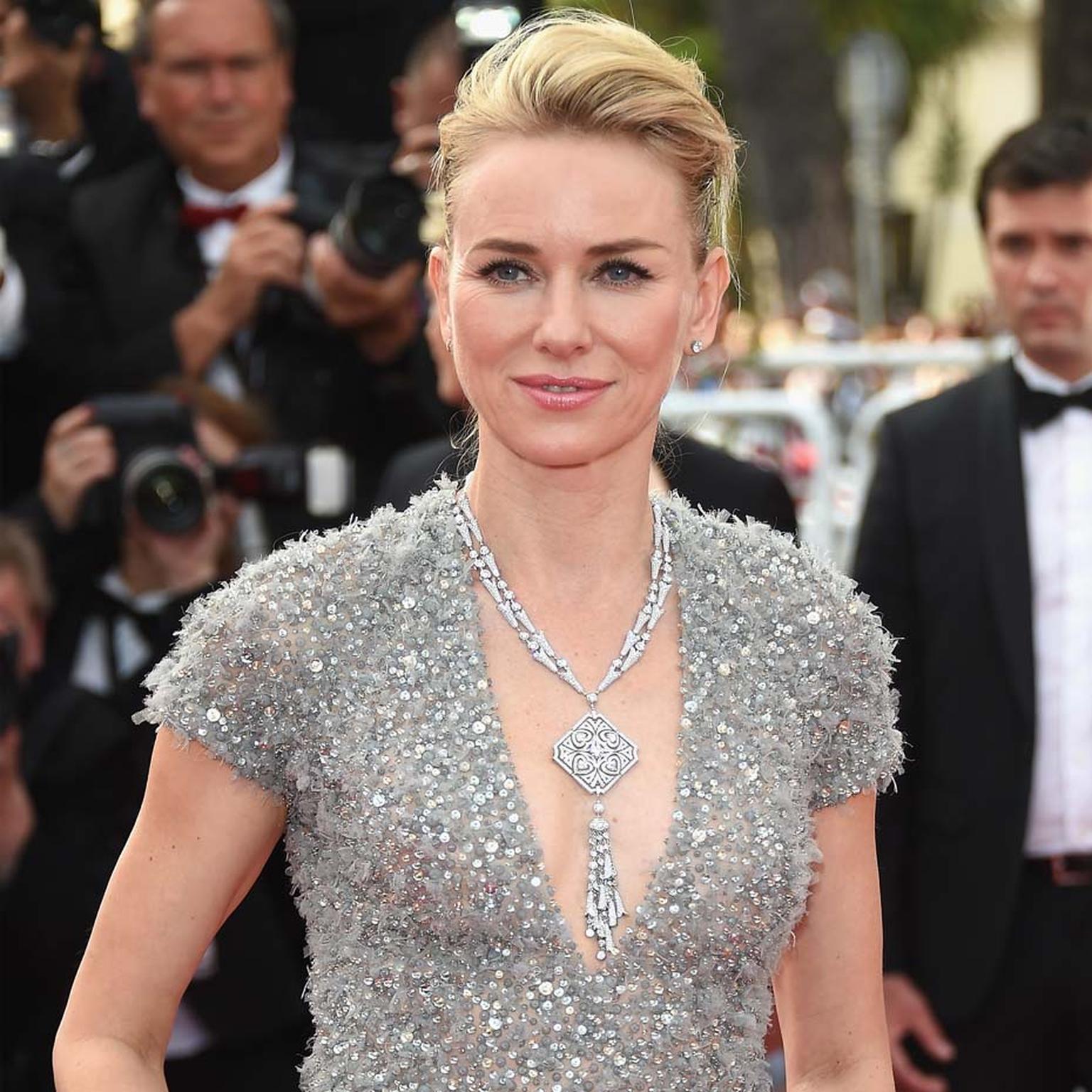 Each year, the arrival of spring signals that one of the most prestigious and glamorous film events in the world, the Cannes Film Festival, is just around the corner. Taking place against the gorgeous backdrop of the French Riviera, the typically balmy weather allows the stars of the silver screen to show off their beautiful gowns accentuated with red carpet jewellery that ranges from sparkling diamonds to a veritable rainbow of mouth-watering coloured gemstones.

With the list of films premiering at the festival only recently announced, it seems like an opportune moment to reminiscence about some of the standout Cannes Film Festival jewellery choices from 2015.

Australian actress Naomi Watts stunned the crowds on the first day of the 68th Cannes festival in an ostrich feathered Elie Saab gown teamed with Bulgari diamond jewellery, including an eye-catching statement necklace from the new Giardini Italiani collection. Bulgari was also the red carpet jewellery choice for Sienna Miller, another actress who is known for her innate sense of style. The British star channelled her inner Goth in a caped Sonia Rykiel dress, breaking up the sombre attire with a smattering of diamonds around her neck courtesy of a stunning Bulgari choker.

Model Cara Delevingne lived up to the name of de GRISOGONO’s "Divine in Cannes" party looking positively angelic in a white draped dress by Gyunel. The colourful focal point of her glamorous outfit was her amazing de GRISOGONO necklace set with emeralds, diamonds and rubies. Cara’s fabulous red carpet flair was matched by her sister and fellow model Poppy Delevingne, who dazzled on the red carpet in a diamond and sapphire Chopard necklace that set off her low-cut Chanel gown to perfection.

Plumping for a more demure outfit, French actress Léa Seydoux was a picture of serene elegance in a pale blue Miu Miu dress accessorised with Chopard blue sapphire and white diamond earrings and a matching sapphire ring. The Swiss jeweller has been an official partner of the Cannes Film Festival since 1998 and also creates the prestigious Palme d’Or trophy awarded to the winning film. Every year, Chopard also produces a Red Carpet collection with the same number of high jewellery pieces as the edition number of that year’s festival. Since 2013, Chopard has also garnered headlines for its sustainable Green Carpet collection crafted from Fairmined gold in collaboration with Eco-Age, the consultancy business founded by Livia Firth.

Rounding off our trip down the bejewelled memory lane of Cannes jewellery is British actress Rachel Weisz who colour co-ordinated her sweeping teal Prada dress with a pair of Chaumet sapphire earrings from the Lumières d’Eau collection, as well as a Chaumet ring set with diamonds, blue sapphires and aquamarines.

For the inside track on all the amazing red carpet jewellery from the upcoming edition of the Cannes Film Festival, make sure to check out our exclusive coverage next month. 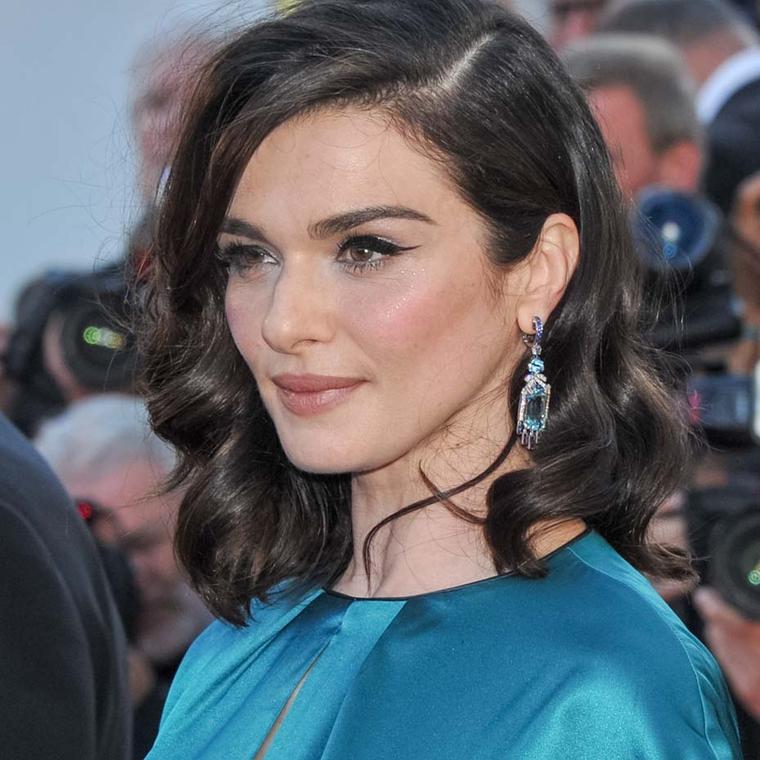 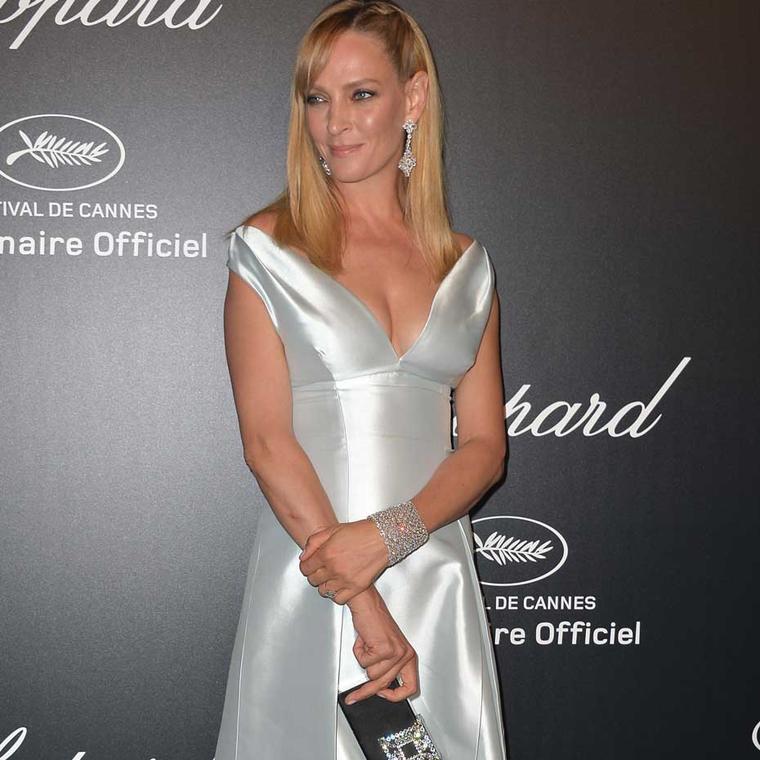 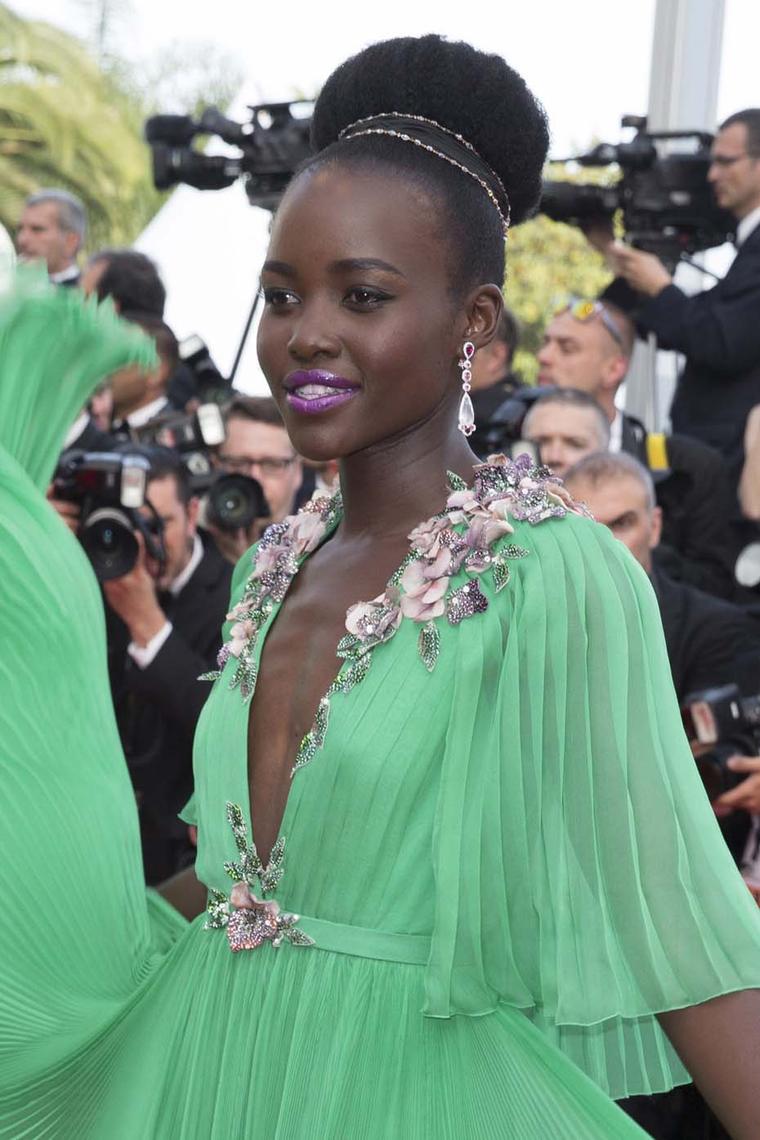 Cannes red carpet jewellery: all the finesse from the first day of the festival