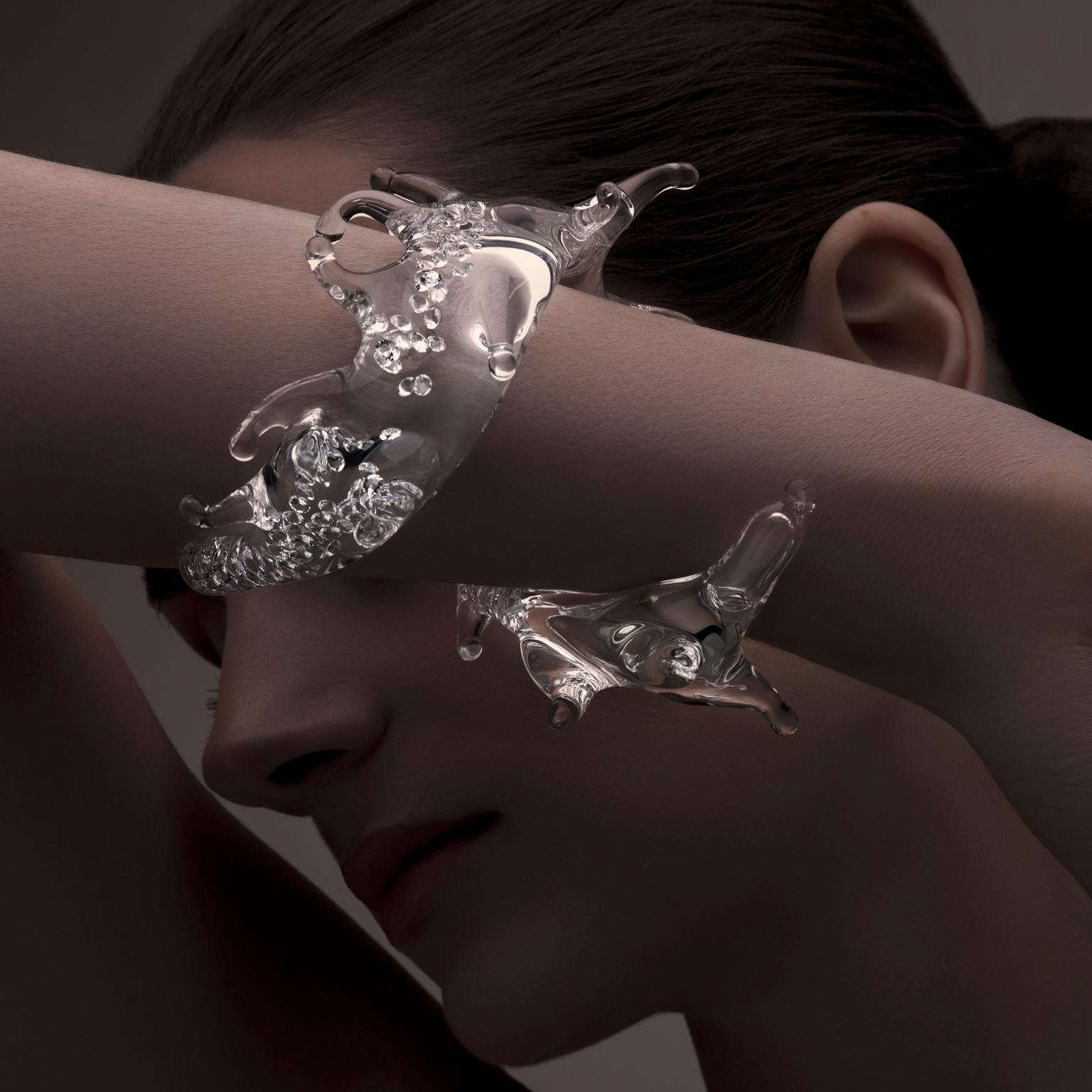 Every day The Jewellery Editor’s emails are brimming with news of the latest and freshest designers to arrive on the scene from around the world. Looking back at what stood out from the crowd in 2016, we bravely predict those bright young things we believe you should look out for in 2017.  And what do these so of-the-moment creators have in common? Nothing, other than the fresh air they breathe into the ancient craft of jewellery making and the ability to arrest our attention with their very own take on the art of adornment.

Outstanding for their way-out-there vision of what constitutes inspiration for jewellery design are two new female jewellers to watch. Alina Abegg, the Swiss-German-Canadian who unveiled her brand in London this year, looks to all things cosmic for inspiration. Forget twinkling stars and romantic moons, Alina turns B-movie aliens, UFOs and crop circles into sleekly attractive jewels with a stylishly tongue-in-cheek irreverence. Gaelle Khouri, the young Lebanese newcomer, lingered in our mind with her new Soft Deconstruction collection, which turns traditional concepts of jewellery design on their head with rings that snake over the hand and orbit the fingers and writhe around the fingers.

Menacing forms that flirt with the darker side seem to be something of an obsession with our millennial jewellers, perhaps inevitable if your name happens to be Max Danger. This Danish designer, who trained at London's Royal College of Art, is currently a hot favourite and has won both a bursary from the Goldsmiths’ Fair as well as other esteemed design prizes over the past two years. Using modified sewing needles, Max carves his miniature worlds in wax before casting them into precious metals and gems.

A bee swarming a ring not for you? Then perhaps The Robot And The Unlucky Stone ring, which won a commended award at the London Assay Office "Make your Mark" awards this year, might be more your thing. Danger, who is fascinated by retro robots from the 1950s, plays on the fact that opals are easily breakable when setting them into jewellery by arming this animated automaton with a hammer. Expect to see more in 2017 when Max launches a new collection of thought-provoking jewels, including a ring featuring a robot bathing in a tub of oil.

London has more than its fair share of young jewellers thanks to its world-class design courses as well as the ability to attract talent from around the world. Max Danger along with Vicky Lew, Dalia Daou and Emily Richardson are all recent graduate of Central St Martins, the respected art school in a suitably cool and distressed hangar behind St Pancras Station.

I first saw Vicky Lew’s sharply defined work at the 2014 Graduate Show at Central St Martins where her Flight cuff of anodised aluminium and crystal won her the Non-Precious Metal prize. Since then, her edgy and finely crafted jewels have been collecting awards and recognition. Among the pieces chosen by style doyenne and model Erin O’Connor as her favourites at Goldsmiths’ Fair this year was Yew’s Yellow Chrysolampis Mosquitus ring.

Dalia Daou brings together an unusual combination of skills. Having completed a Masters in the history of science and medicine, she went on to study jewellery design at Central St Martins. In 2014, Dalia then went on to revive her family’s famed Lebanese jewellery business and promptly won Retail Jewellers’ UK 2016 Designer of Year. Her jewels are fresh, bright and guided by a scientifically rigorous vision.

Showcasing the diversity of Central Saint Martins graduates, Emily Richardson’s jewels are unabashedly sweet and feminine. Emily has recently decided to strike out on her own after having lent her talent to bigger names in the game. Very much jewels made by a woman for women, The Jewellery Editor office unanimously voted the Cloud Raindrop earrings, below, a favourite.

London’s Royal College of Art graduate, Beau Han Xu, brings sculptural forms to the body. I first met Chinese designer Beau over coffee two years ago when he showed me the prototypes for his Splash! Jewels, which are now in production.

His hollow glass sculptures capture the ever-shifting forms of water in all their free-flowing glory, complete with stray droplets. But that is not all. Inside, hundreds of crystal diamonds float in a unique “carrier liquid”, creating a shimmering, ever-changing spectacle that is about as cool as you can get without wearing a lava lamp.

We always have our eye out for new talent and British jeweller Jessie V E got her first editorial coverage right here on The Jewellery Editor. Since then, her delicate star sign rings have become a favourite with customers and celebs, including Kylie Minogue, Nicole Scherzinger and Gemma Arterton, to name but a few. Expect to see more of Jessie V E’s diva-pleasing jewels, which are perfect gifts for BFFs and YOLO moments.

The USA is another powerhouse for jewellery design as its more extensive network of independent jewellery shops is able to support a wider range of small brands. Here are three jewellers from over the pond who are fresh out of their starting blocks and in our sights.

Born in 2016 in New York, Foundrae’s jewels fuse mystic symbols with yesteryear charm, old-school enamelling and cute childhood references such as cigar bands – and who doesn’t remember slipping on a Cohiba band after a long family lunch, aged around 6?  Cut with a sharp shot of millennial attitude, these jewels sidestep nostalgia and personalisation only adds to the allure of these collectable jewels.

Likewise, Retrouvaí, which means rediscovered in French, describes itself as having a “whimsical eccentricity”. Based in LA, this is a brand that will resonate with a new generation of jewellery lovers who looking for the safety of the Victorian staples of a pearl necklace, a signet ring or a diamond band with a cool 21st century twist.

Armenian-born Mike Saatji was born into a jewellery-making family but it wasn’t until last year, after winning a prize at the Couture Show in Las Vegas, that his Mike Joseph brand was born. Drapes of sensual chains and fluid sweeps of gold suspending diamonds like droplets of rain are earning Mike Joseph the accolade of the cool jeweller du jour.

Last, but not least, Ioanna Souflia joins the talented cohort of Greek designers such as Nikos Koulis, Elena Votsi and Ileana Makri that have enriched the world of jewellery in the last decade.  Starkly beautiful and epic in their references, Souflia tames the ancient force of marble by tautly constructed frames in her new Adoucissement collection, which launches in spring. Think Etruscan warrior meets Greta Garbo as they mellow together over a sunny lunch in Athens. Oh, and did I mention she is another Central Saint Martins graduate?

PREVIOUS ARTICLE Into the wide blue yonder NEXT TOP 5 Earrings, wings and climbers 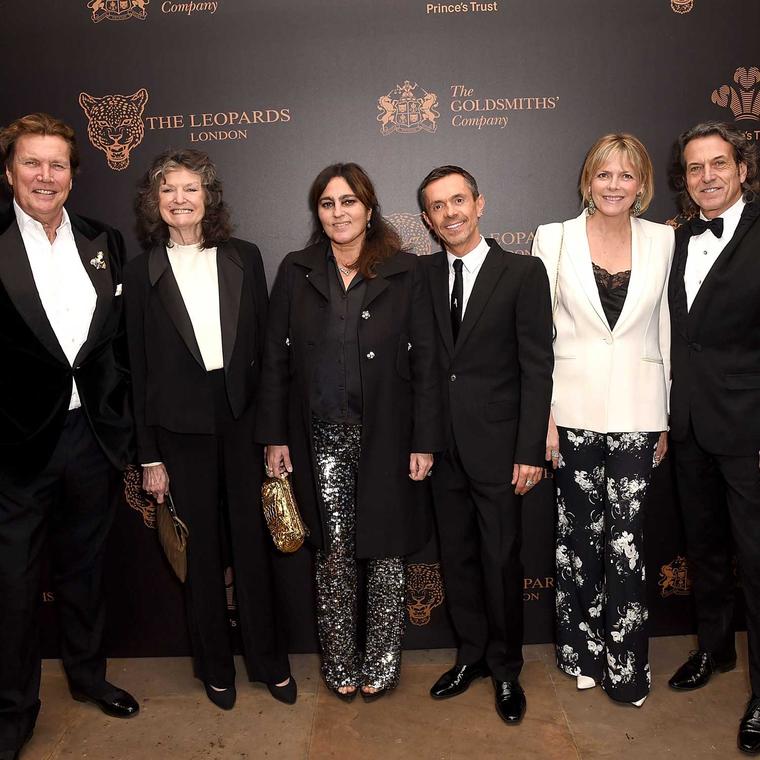 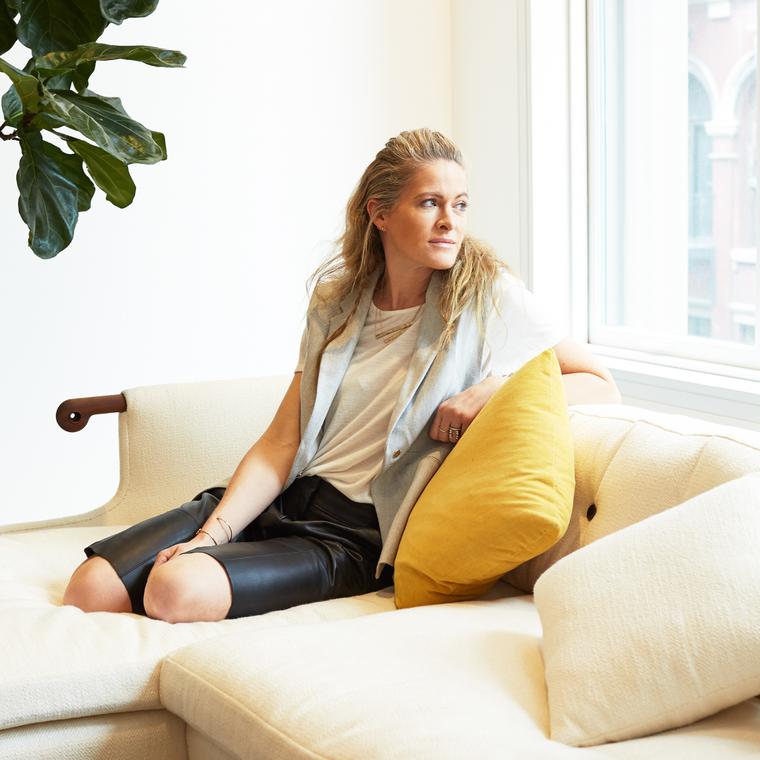 We speak to Beth Bugdaycay of hip new brand Foundrae 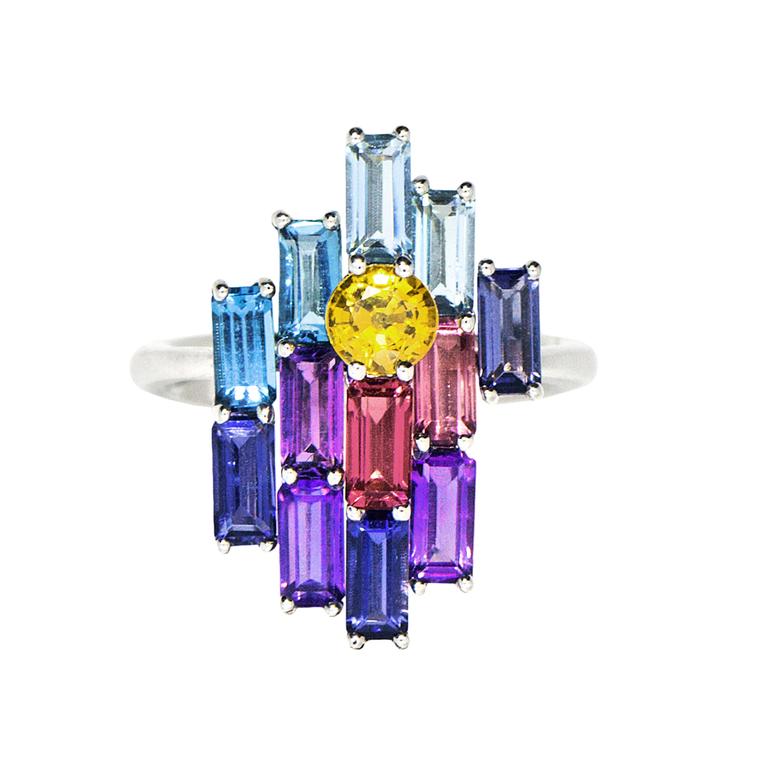 Let there be light: the return of Daou jewellery