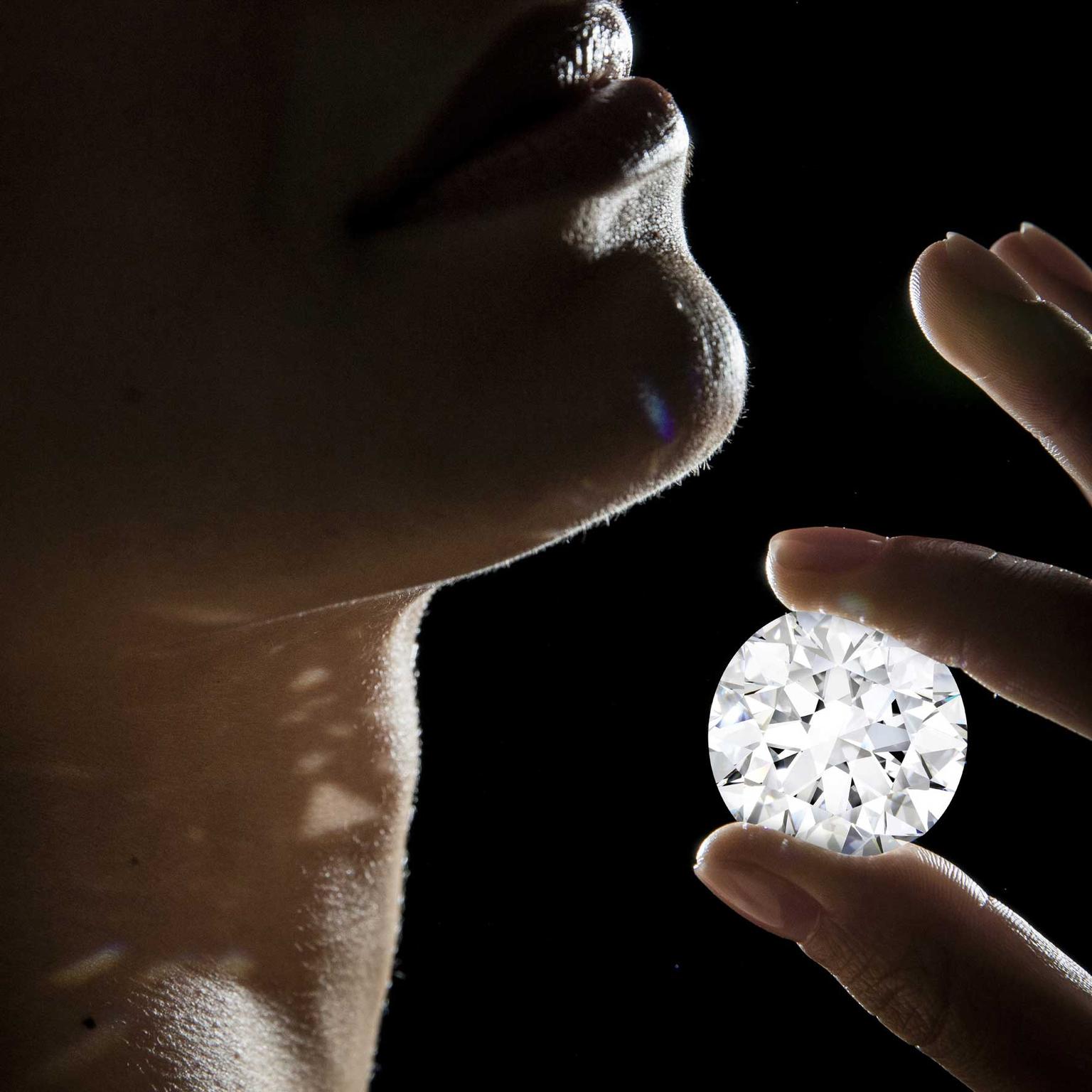 The 102.34 carat D colour Flawless Type IIa diamond was unveiled in London on 8th February 2018.  Unlike other important stones, it will not be auctioned but sold through Sotheby’s Diamonds, the retail arm of the company with boutiques in London, Hong Kong and New York.

Sotheby's Diamonds bills the as yet unnamed stone as: 'the rarest white diamond ever to come to market'. According to them is also the only known round brilliant diamond over 100-carats with perfect critical criteria for colour, clarity, cut and carat making it the largest, round, D, Flawless diamond for sale.

Sotheby's Diamonds is able to make this claim as unlike the other record-breaking white diamonds of over 100 carats, this is the only one in this shape. Larger D colour, Flawless, Type IIa diamonds in other cuts have been auctioned in the past four years achieving records in emerald, oval and pear shapes.

Interesting to note that the stone has been deemed by the GIA (Gemological Institute of America) to be a Type IIa, a sub-group of diamonds that stand out for their extreme chemical purity and lack of nitrogen, giving them a greater clarity often referred to as ‘limpid’ or more quaintly before official grading as ‘of the first water’. Only 2% of diamonds are Type IIa including the Koh-i-Noor and the Cullinan 1, both stars of the British Crown Jewels.

The GIA has been conducting research into Type IIa diamonds, one of which is the recently sold de GRISOGONO Creation 1, a 163.41-carat diamond set into an emerald necklace.  Unlike Type I diamonds, it is believed that large Type IIas historically associated with India’s near-mythical Golconda mines, were formed deeper in the earth at a depth of 360-750kms as opposed to 200kms for normal diamonds.

The 425-carat rough was found at the Jwaneng mine in Botswana that belongs jointly to De Beers and the Government of Botswana and is one of the richest diamond mines in the world. Cutting and polishing was entrusted to Diacore in Johannesburg and New York.

Sotheby’s Diamonds has not given an estimate nor is it known if the final price will be revealed. The most recent 100-carat plus D, Flawless Type IIa to be auctioned is the de GRISOGONO Creation 1, a 163.41-carat diamond - mentioned above - and it holds the world record for the most valuable white D Flawless diamond ever auctioned. In November 2017 Christie’s sold it for US$ 33.7 million or US$206,266 per carat. It was set into a lavish emerald and diamond necklace, which added to the final hammer price, making it hard to extract the real value of the stone alone.

In spite of this, as the Sotheby’s diamond is some 60 carats smaller, it is unlikely this record-breaking price will be beaten. However, a higher price per carat could be achieved given the rare nature of round brilliant cuts of this size and quality.

What's for sure is that it will not topple the reigning record holder for the world's most valuable diamond, the CTF 59.60-carat Pink Star that sold for $71.2 million and renamed the CTF Diamond by it's new owners Chow Tai Fook, the Hong Kong jewellery giant. Watch video here.

See our list below of the biggest and most valuable white diamonds to be sold at auction.  How much do you think the diamond will sell for? 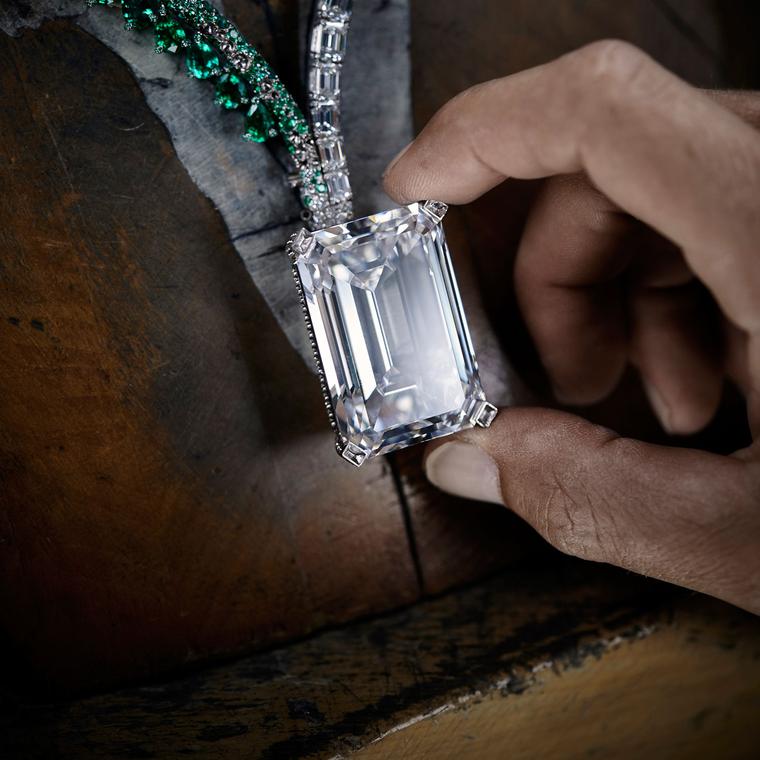 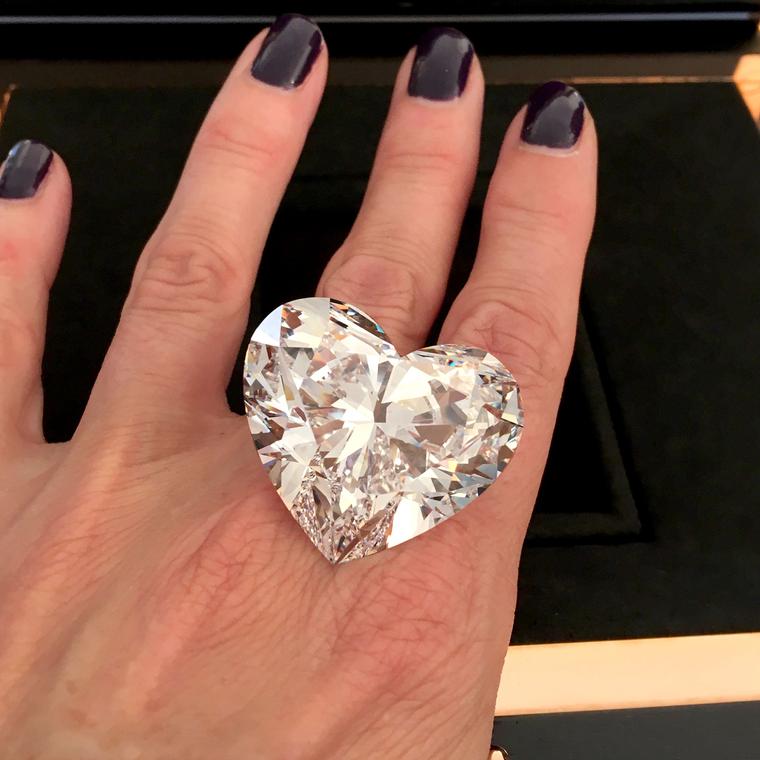