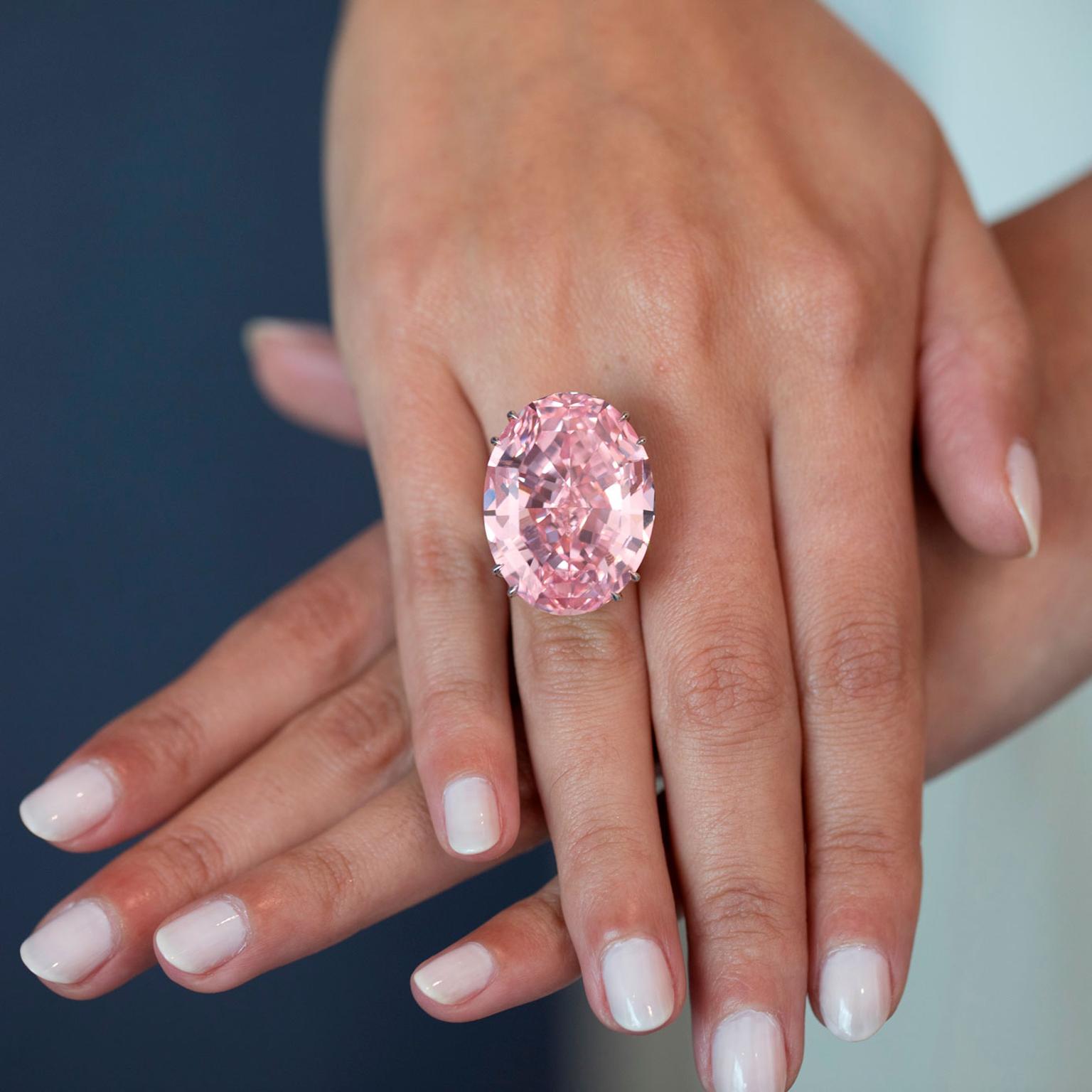 The 59.60-carat Pink Star diamond smashed all records yesterday when it was sold by Sotheby’s Hong Kong for $71.2 million to Hong Kong jewellery company Chow Tai Fook, the highest price for any diamond or jewel ever sold at auction.

As colossal as the amount paid for this exceptional gemstone might seem, it still falls short of the $83 million the stone originally attracted when it was first put up for auction by Sotheby’s Geneva in 2013. The buyer, New York diamond cutter Isaac Wolf representing a group of investors, agreed to buy the stone but defaulted on the payment.

The Pink Star, a 59.60-carat oval mixed-cut pink diamond, is the largest Internally Flawless Fancy Vivid Pink diamond that the Gemological Institute of America (GIA) has ever graded. Mined by De Beers in Africa in 1999, the massive 132.50-carat rough diamond was meticulously cut and polished over a period of two years and transformed into the stunning Pink Star. Maria Doulton came face to face with the record-breaking gem a few weeks ago in London:

Chow Tai Fook is no newcomer to the arena of heavyweight gemstones. The CTF Pink joins the Aurora Green, a 5.03-carat vivid green diamond acquired by the Hong Kong jeweller in 2016 for US$16.8 million, an auction record for a green diamond, and the Cullinan Heritage, an exceptionally rare 507-carat rough diamond bought for US$35.3 million in 2010.

PREVIOUS TOP 5 Most beautiful women’s watches at Baselworld NEXT ARTICLE Green with envy: the big gemstone trend of 2017

The 59.60-carat Pink Star to go under the hammer again 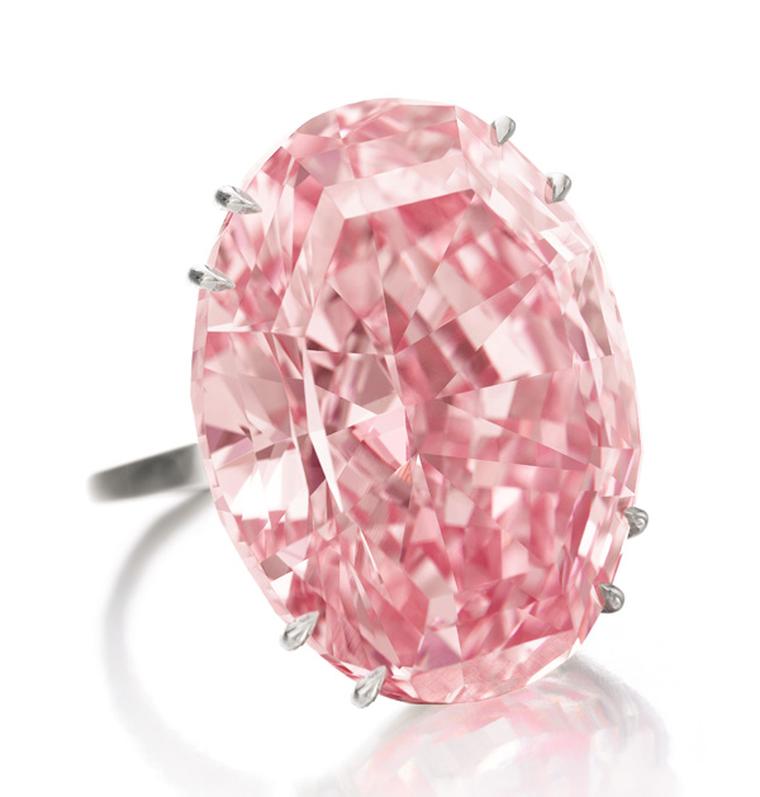