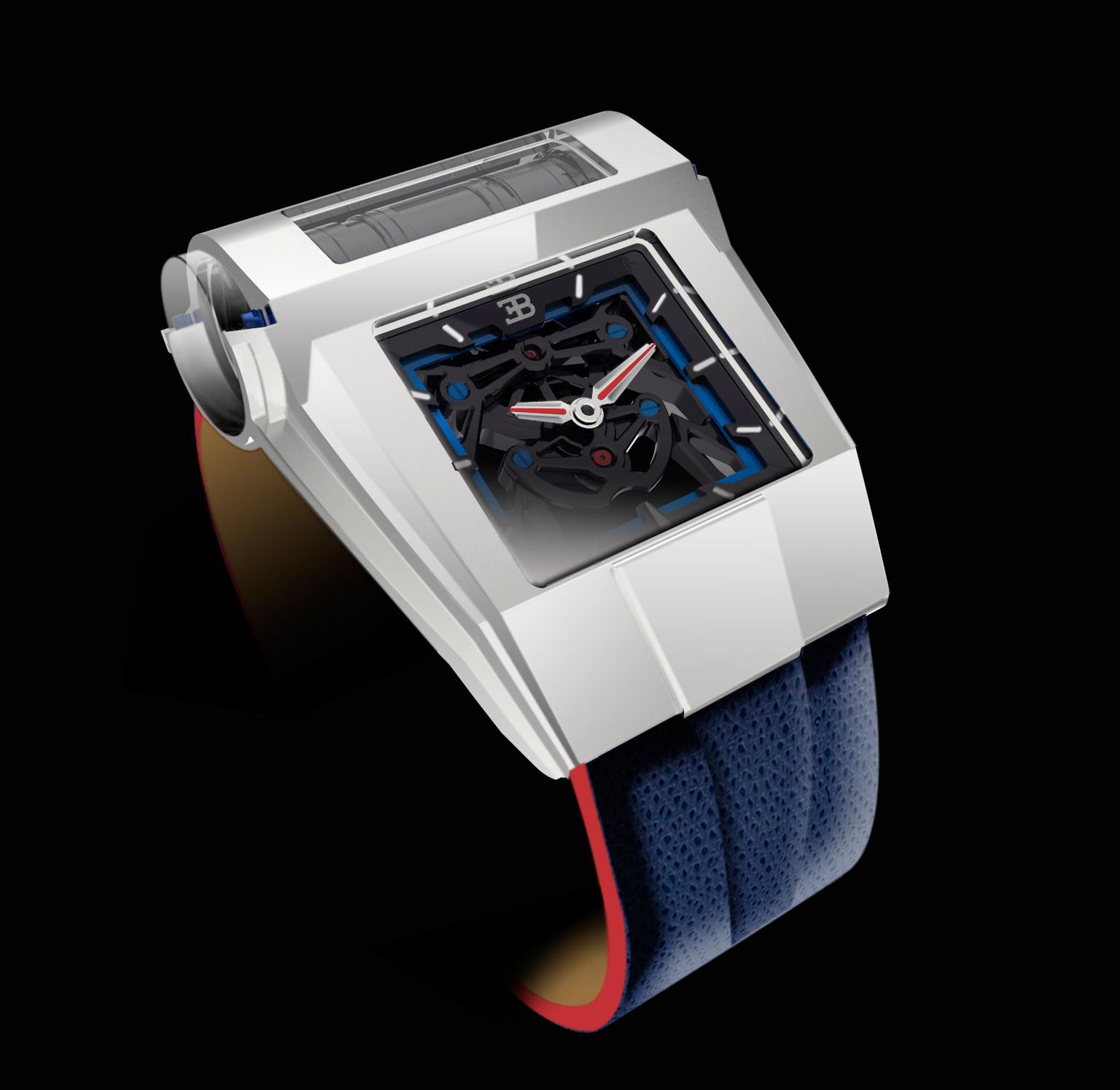 Long gone are the days when watches were simply utilitarian time keepers; today a watch tells us as much about the wearer as it does the time. For men who have graduated beyond the classic offerings of traditional, more conservative watches, here are four spellbinding candidates that will fascinate men with their powerful engineering and ambitious design.

Luxury sports cars and watches go hand in hand and for any Bugatti fans out there, this one is for you. The Bugatti Chiron, one of the hairiest hypercars on the road today - with a 1500hp W16 engine - was the direct inspiration for Parmigiani Fleurier’s remarkable PF-Bugatti Type 390 Concept watch. Enjoying a decade-long partnership with the legendary car firm, Parmigiani revved up its horological motors to produce this extraordinary timepiece.

The cylinder at the top of the watch houses the engine – movement - and men who like to look under the bonnet will be thrilled to discover that the engine can be removed from its receptacle. If you look closely at the components in the movement, you will see the signature of legendary racing driver Louis Chiron engraved on the barrels. In addition to the one-minute flying tourbillon located on the left end of the cylinder, there is a power reserve that looks like a petrol gauge on the right. Time is read in the flat rectangular cockpit display, especially designed to consult the time while driving at breakneck speed in your new Bugatti Chiron– in this case at around 420 km/h (261mph).

Sailing and watchmaking are soul mates. Since sailing boats and mechanical watch movements depend on man’s ability to harness natural power, watches designed for maritime pursuits and sea dogs are always a popular category. Ulysse Nardin’s Grand Deck Marine Tourbillon watch, complete with a wooden-deck dial that almost creaks with realism, is the watch for men who love sailing boats. Original and innovative, the minutes hand has been replaced by a ship’s boom, the horizontal pole attached to the mast used to adjust the angle of the sail. To read the retrograde minutes, the boom pulled by tiny wires is dragged across the wooden decking. Tiny winches on the deck tense the wire to drag the boom with exacting precision. The hours are read off in a large window and a flying tourbillon to counter the effects of gravity adds to the action on deck at 6 o’clock.

Petrol heads will crane their necks to get a view of Hublot’s monster MP-07 42 Days Power Reserve watch.  Powered by no less than nine barrels, which are displayed at the top of the rectangular black-plated titanium case, this beast boasts a beefy power reserve of 42 days. Starting at the top end of this attention-grabbing timepiece you will see the nine barrels on the left, the running seconds indicator on the right and tucked away on the side a suspended vertical tourbillon. The hours and minutes are displayed on wheels in the inferior aperture along with the power reserve indicator on the right. The unusual shape and size of the case might not be everybody’s cup of tea, but it will ignite a conversation in a second and burn a hole of around €250,000 in your pocket.

For the man who has every gadget under the Sun, how about a watch that doesn’t even tell the time? Touted as “an entirely essential yet fundamentally useless object”, Hautlence presented its Playground Labyrinth watch in March 2016, a watch designed to make its wearer disconnect from time and indulge in a maze ball game on the wrist. The goal is to roll the ball around the solid gold carved maze by tilting the case and deposit it in the left hole. Although the watch doesn’t tell the time, it does have a sophisticated mechanical lift which, if activated at the crown, feeds a platinum ball onto the board using a camshaft (you can see it through the caseback).  The ultimate whimsy, whiling away the hours comes at a price and will set you back SFr. 12,000.

Needless to say, these quirky models are all produced in limited editions ensuring that whoever ends up wearing one of these on his wrist will most certainly get noticed. 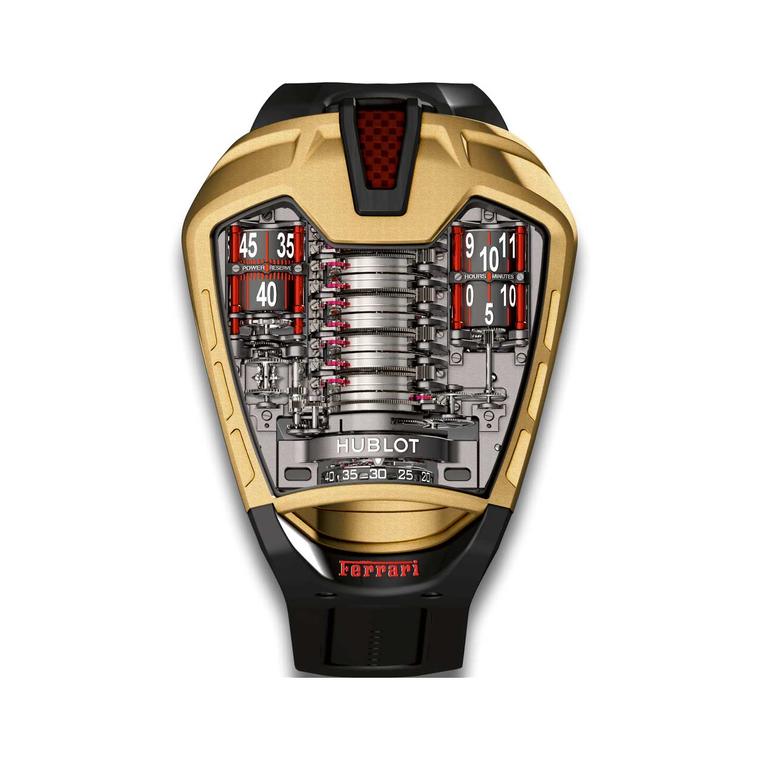 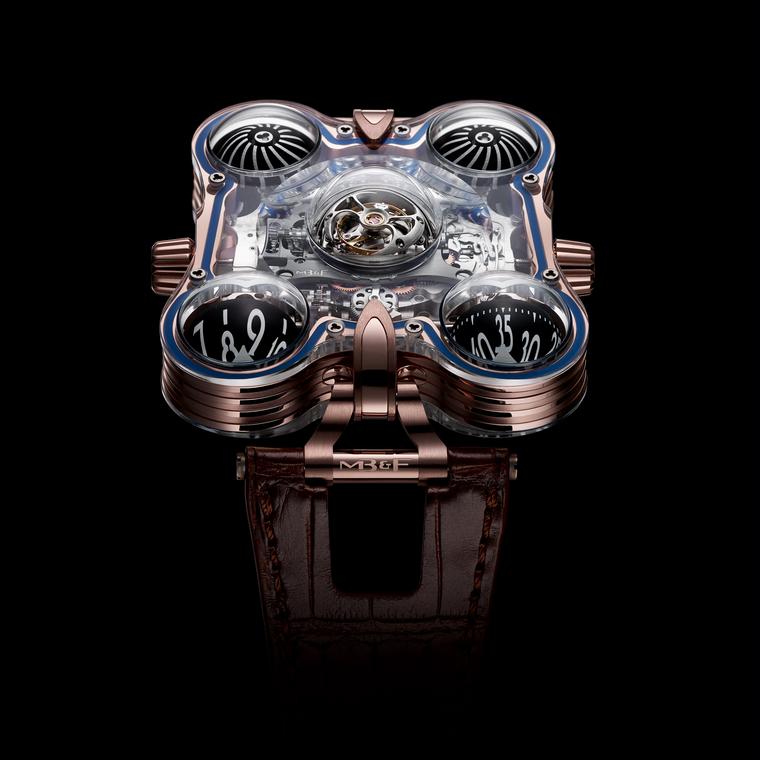