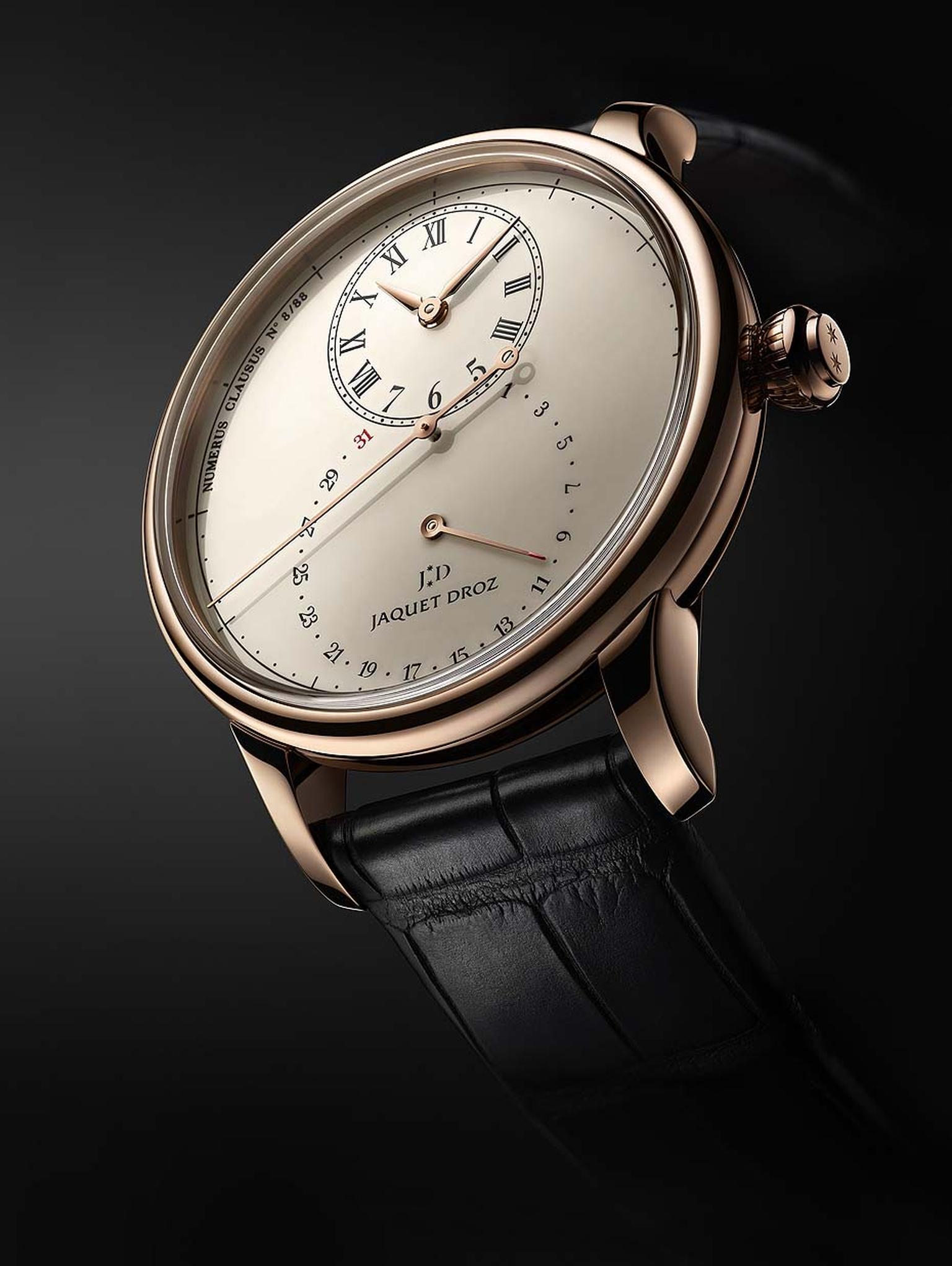 Baselworld 2015, the world's leading watch and jewellery show, is big. And when I say big, I mean enormous, with more than 1,500 exhibitors, 150,000 visitors, kilometres of carpeted aisles and gleaming stands, and 4,000 journalists from every corner of the globe rustling to get a front-row seat or a stale sandwich at the Press Centre. Taking a break from the madding crowds, let's look at some of the more classical Baselworld watches on show this year.

Blancpain watches proposes this elegant Villeret Grande Date model. For the first time, the Villeret collection gets a big date window, meaning that there are two windows as opposed to one, making it infinitely more legible. A new movement, calibre 6950, has been developed for the date function without increasing the thickness of the case. Presented in a 40mm rose gold case, the applied gold Roman numerals on the opaline dial and the tiny letter B counterbalance on the seconds hand, conspire to make this a harmoniously balanced and refined dress watch to the core.

Jaquet Droz watches has an innate flair for blending historical watchmaking references with its elegant men's watches. The new Jaquet Droz Grande Seconde Deadbeat watch was inspired by a pocketwatch created by the founder in 1784, which featured deadbeat seconds - a very rare complication making the seconds hand jump every second to show off the precision of the movement. Once again, the seconds are the real stars of the show and are read off by a large central hand, and laid out on a track around the entire diameter of the 43mm rose gold case. The hour disc and larger retrograde date display disc on the central dial overlap to create the hallmark figure eight so often seen on Jaquet Droz watches. Etched on the beautiful ivory enamel dial - the result of artistic Grand Feu enamel firing - is the series number of the watch out of a limited edition of 88 pieces.

The remarkable guilloché work on the dial of this 1966 Girard-Perregaux watch is captivating as 12 scallop-like patterns emanate from the centre, giving it an extraordinary feel of volume and silkiness. The 38mm rose gold case offsets the artwork on the dial to perfection and houses calibre GP03300 automatic manufacture movement, which has also been decorated by hand and features a gold rotor.

Glashütte Original watches is expanding its colour palette on watch dials at Baselworld 2015, offering some very seductive colour and material combinations. The colour blue is still going strong and both the PanoMaticLunar and PanoReserve models have been given intense blue dials - a result of galvanic colouring - with stainless steel cases and a more luxury choice of a matte black dial in a rose gold case. Glashütte is lucky to possess its very own dial manufactory in Pforzheim. Both models feature overlapping off-centred hour and small seconds discs positioned on the left side of the case, and a large date window - called a Panorama at this brand.

The PanoReserve model gets its name from the fan-shaped retrograde power reserve indicator on the right of the dial, and the PanoMaticLunar from the semi-arched aperture revealing the Moon phases. What is surprising is how clear and spatially appealing these dials are to the eye. Both men's watches come in 40mm diameters and, naturally, are equipped with top-quality in-house movements. 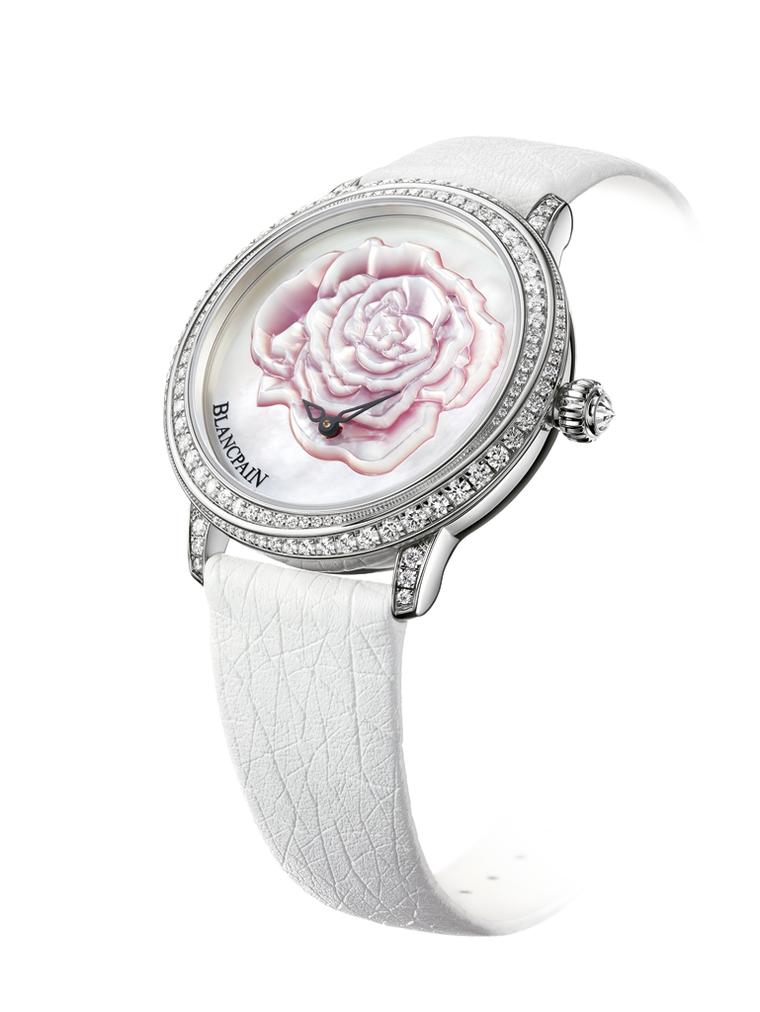 A pink rose from Blancpain watches for that special day