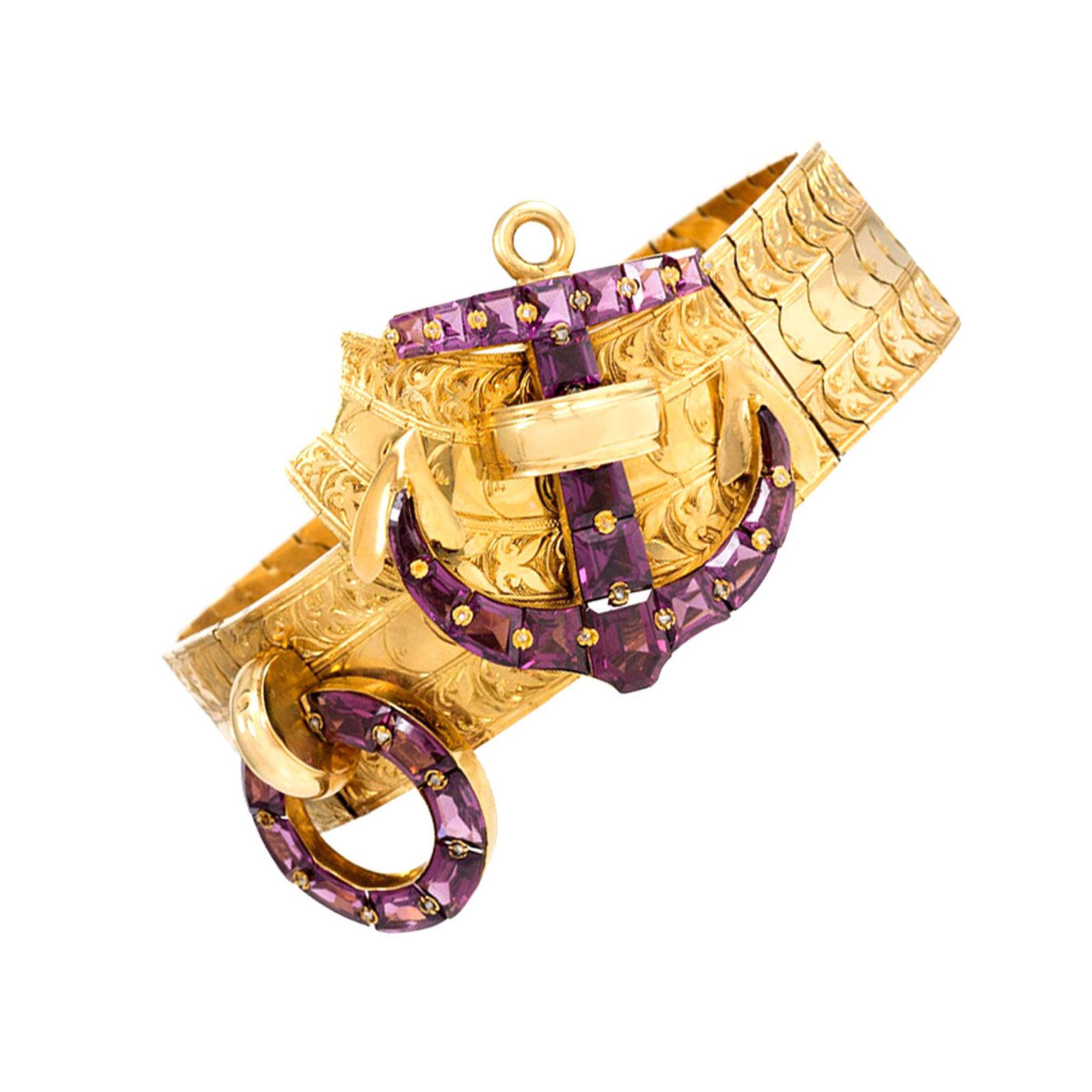 An avid collector of antique jewellery for more than 15 years, as well as an author and journalist, I have access to international trade fairs, auctions and private collections. Although I am privy to a large world of jewels from various time periods, cultures and continents, my heart still skips a beat when I find a piece that is either unlike any other, or is an exquisite example of the style and age in which it was made. And while I would have liked to have kept all of the treasures that have intrigued and caught my fancy over the years, I have learned to be satisfied by featuring them in articles.

With this in mind, I have rounded up 12 of my favourite jewels, most of which have been featured in The Jewellery Editor throughout the year.

Glorious Antique Jewelry may have an impeccably curated collection of antique jewellery, but perhaps the most alluring for me are the Berlin Iron pieces, particularly this bracelet, circa 1830. “The bracelet appears like an artist’s rendering in charcoal. It is three dimensional and striking in its delicate lace-like appeal,” explains owner Gloria Karp. She continues, “Berlin Iron jewellery is extremely rare and is found in museum collections mainly in Europe, and the pieces that remain are fine examples of an historic period.”

I have always dreamed of owning a pair of 18th century Iberian earrings and when I saw these from Bell and Bird, I did a double take. Of perfect length, they are in-keeping with the Spanish and Portuguese styles. What started out as heavy on the lobe has evolved into much lighter and easy-to-wear styles, such as these stamped-out versions of thin gold sheet with repoussé, foliate patterns. There were also shell and scroll motifs, as well as Spanish cannetille work, which featured delicate lacy floral patterns crafted from gold wire. This particular pair of antique earrings was handmade in gold, with emeralds sourced from colonial mines in Columbia and Peru.

Read more on this enchanting May birthstone.

These Bentley & Skinner antique earrings are definitely on my bucket list. The colour of the gems complement every complexion, and the shape and length of the style works with any shape face. The detail and condition of these pendeloque styles are near perfect for their age, and represent Harlequin jewellery of the 18th century. This pair feature a ruby top and a pear-shaped ruby pendant drop, with a detachable cluster surround, set with tourmaline, turquoise, citrine, emerald, ruby and cat’s eye.

While browsing the rare antique jewellery at Bentley & Skinner, I couldn’t help but be transfixed by this Renaissance revival gold and enamel gem-set necklace by Carlo and Arthur Giuliano. Along with Castellani, they were the great revivalist jewellers of the time. Giuliano’s enamel and gemstone pieces were true works of wearable art. This necklace features enamel in tones of yellow and green, supporting circular and pear-shaped gemstones including pink, blue and yellow sapphire, rubies and purple spinel, signed C. & A.G, circa 1895-1914.

Not many gems represent the Georgian era as well as flat-cut garnets. They were designed into all classifications of jewellery but this closed back, foliate flat-cut garnet bracelet from Simon Teakle is one that looks like it belongs in a museum. Luckily we don’t have to look at it behind glass as it can be taken out, tried on, and some lucky woman can purchase it. This is the type of antique bracelet that will be admired while worn and is also an investment that will appreciate with time.

Flowers and plant life had a language all of its own during the Victorian period, but when interpreted into fine jewellery such as this A La Vieille Russie Victorian wheat brooch, its meaning of prosperity and happiness take on a whole new dimension. This English design, circa 1890, features old-mine, pear-shaped diamonds, set in silver and gold. I am a fan of the wheat motif and although I would have had to have lived very frugally for years in order to be able to purchase this brooch, the wheat symbol features heavily in my own collection.

Love tokens and sentimental jewellery date back to Georgian times and continued throughout the early 19th century when secret codes, motifs and messages joined together to offer a romantic meaning. Take for example this Kunsthandel Inez Stodel gold love token with A toi ma pensée, meaning "I think of you". Pansy in French means penseé, so the word has been replaced by this flower set with rose-cut diamonds, two sapphires, a ruby, and a stem of green enamel. This French piece, circa 1900, has haunted my dreams and I visit its photo often as it was sold in 2015.

A diamond-set pansy also forms the centre of this intricately detailed Wartski gold, enamel and gem-set brooch by Lucien Falize, which features the word Recuerdo, meaning "memento", in medieval script. Paris, circa 1880, the pansy translates as thoughtful memento. Not only an intricate and fine work of art, but also representative of the romanticism of the day.

I have to admit that my favourite category is antique rings. They are the pieces that you look at and admire throughout the day. In addition, you can have a lot of fun by wearing one ring on every finger or by stacking them, mixing up periods and styles. Throughout history, signet rings took many forms and were designed in diverse materials. The signet began and continued as a seal but also took on different roles, which included representing occupations, beliefs, hobbies, heraldry, classical and mythological subjects, and great ancient pictorial scenes. I have seen many a signet ring in my time but this Fred Leighton gold heart motif, accented with turquoise cabochons on the shank and a crest engraved with Cor unum, via una, meaning "one heart, one way", is so unusual and romantic, it takes my breath away.

Acrostic jewellery has always been one of my favourites of the Georgian into Victorian eras. Whether rings, pendants or bracelets, what’s not to love about a piece that spells out a sentiment with the first letter of each gemstone? Jean-Baptiste Mellerio invented the concept and designed pieces for Napoleon to give as gifts to both his wives and children. Chaumet also designed pieces for Empress Marie-Louise. England took to acrostic jewellery quite quickly, as did the rest of Europe, with the most popular words being "Regard" (ruby, emerald, garnet, amethyst, ruby and diamond) and "Dearest" (diamond, emerald, amethyst, ruby, emerald, sapphire and topaz). But what about Regard and Dearest spelled out in the same piece? Such is the beauty and rarity of Sue Brown’s locket pendant, English, circa 1910, which has combined colours of gold inlay with granulation and a central peacock, set with the gemstones spelling the words. Need I say more?

The most intricate and mesmerising witch’s heart I have seen in all my years hunting down antique jewellery is Sandra Cronan’s early 19th century emerald and diamond pendant with a crystal locket compartment in the centre. The surround of gemstones is mounted in silver and gold. Witches hearts were first worn as protection for new mothers against witches stealing their children. The lore and legend evolved and new symbolism signified that the person who wore a witch’s heart would “bewitch” a prospective lover with their charms. This is definitely a heart to behold and it has certainly bewitched me.

The motif to represent hope throughout the ages is the anchor, also worn by steadfast sailors to guide a ship safely home. Many circular forms, which offered the shape of a life raft in charms of the 19th century, sometimes bared the words “hold fast” or “hold tight”, and when an anchor and a circle are together, the message is to hold tight to your hope. This meaning featured prominently on another one of my favourite jewels of 2015, this Kentshire engraved gold bracelet with invisibly set almandine garnets set with diamonds. And like many of my other bucket list jewels of this year, I also had the pleasure of trying this on and my hope was that, one day, it would find its way back to me and be part of my collection.

PREVIOUS ARTICLE Around the world in luxury jewellery: Tahitian pearls NEXT ARTICLE The record-breaking diamonds of 2015 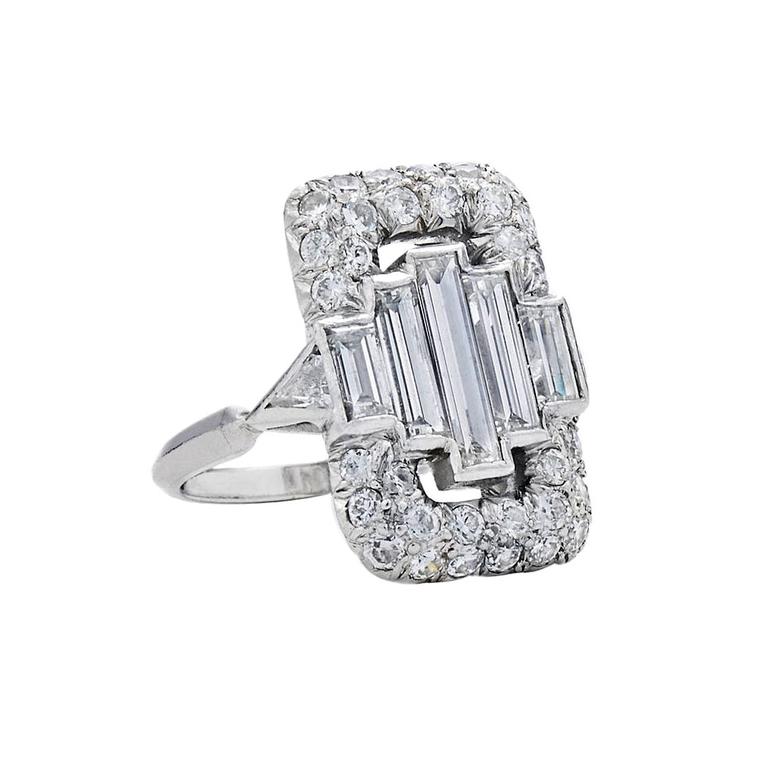