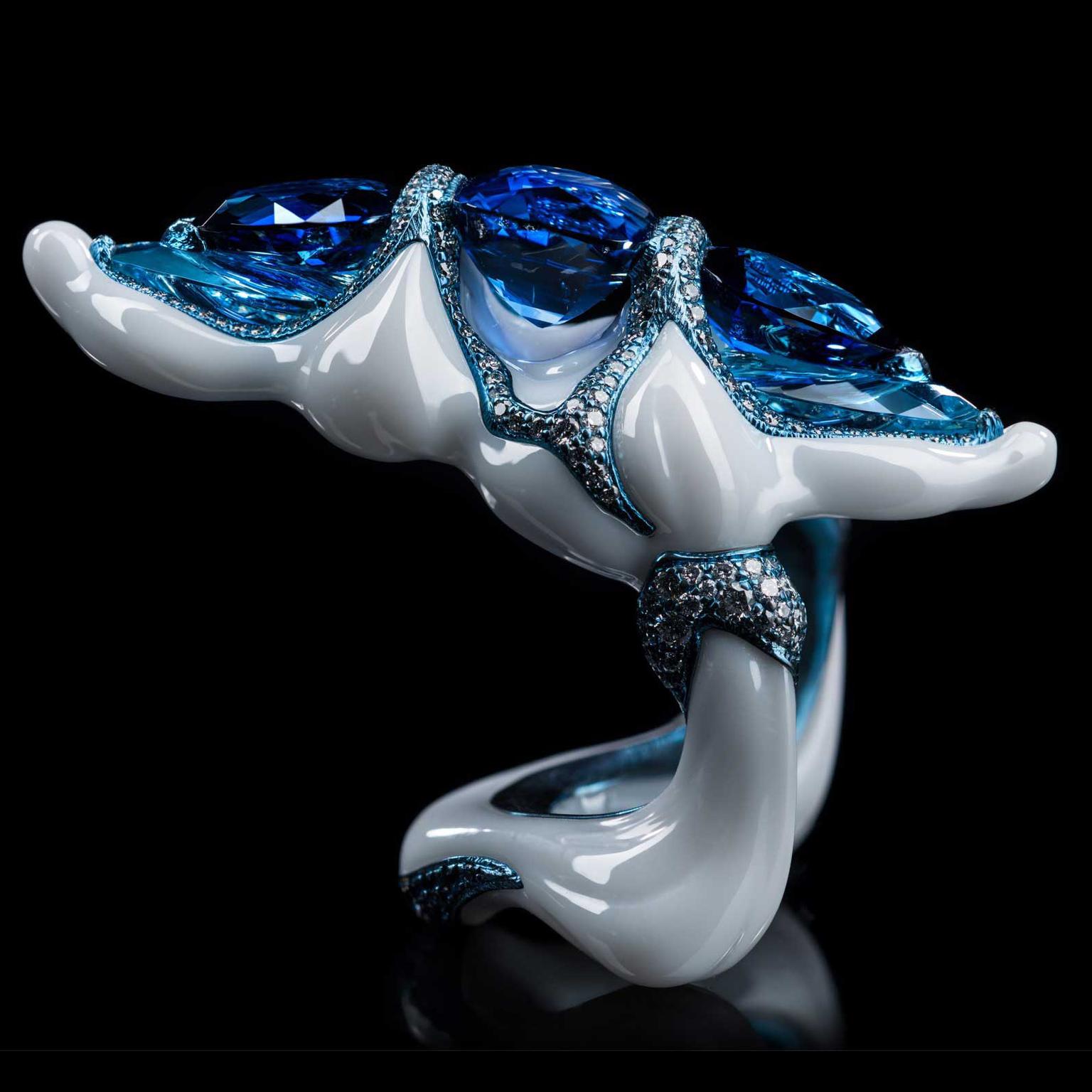 Wallace Chan is a world-renowned jeweller and innovator who transcends the boundaries of contemporary design. His myriad successes over the past 45 years include The Wallace Cut, mastering titanium, a patented jade technology, a gemstone-within-gemstone  setting technique,  the Secret Abyss necklace (see carrousel below) and most recently The Wallace Chan Porcelain.

You are referred to as a Master, yet you call yourself 'Master of Failures'. Can you tell us more?

I embrace my failures. Throughout my 45-year journey with gemstones, I have made countless mistakes. I have dropped and broken sculptures moments before completing them. I cracked 30 pieces of crystal before successfully setting over 1,000 emeralds through a 6.5 mm aperture in a pendant. I have spent years creating a piece, only to later take it apart and start all over again.

Some of my greatest mistakes became my most meaningful creations. If I gave up, I would have never learned their lessons. Our failures exist to teach us something. If we turn our backs on them, we miss the message.

What has been the most challenging obstacle you have faced thus far in your career, and how did you overcome it?

Every piece, at the time of its creation, is the most challenging. Because each piece is different from the last, the creation process always involves quite a bit of trial and error. Certainly, some experiments prove more difficult than others. When I created the Great Stupa for Taiwan, I learned to look for the visible in the invisible. It took me nine attempts to drill through a crystal ball – only on my tenth attempt, and on my last crystal ball, did I get it right. I often say that my greatest challenge will be the next piece I create. I would not want my greatest challenge to be behind me.

The Wallace Cut carves multi-dimensional images in precious stones and does not necessarily take into account the best way to show a stone's properties in the traditional sense. Furthermore, you have championed and are not afraid to cut one stone to cradle another or drill through a gemstone. What inherent values do you have which give you the courage to break all the rules?

I am not sure if it is courage so much as it is curiosity. Every stone is different – each has its own unique character and personality. You must approach cutting a gemstone as you do meeting a new person. You listen to the stone, you take the time to understand it, and you stay curious. You try to see it for its true self.

If you look deeply enough into a stone, it will tell you how to cut it. Follow its light, and eventually, you will allow its innermost, optimal beauty to shine forth.

I am most interested in the unknown. I will always want to go where no one has gone before, and do what has not already been done. Perhaps I am biased, but I think one of the most important traits for creators to have is curiosity – it will drive them to explore, to take risks and to make something truly original.

Courage comes in when we talk about failure. If I feared failure, I would have never even attempted my experiments, let alone kept going, mistake after mistake. Once you realise the beauty in failures, and once you see them purely for the teachers they are, they become far less intimidating.

You recently developed a secret recipe for a porcelain five times harder than steel. What prompted you to create such a material? You have said, "Porcelain is the future", what is it about porcelain that you are so drawn to?

I have been captivated by porcelain since I was a little boy. Growing up, my siblings and I had to share a plastic spoon to eat with. The adults in the family used porcelain spoons. I yearned just to touch one of those spoons. To me, the porcelain represented all the things that were then out of my reach – comfort, warmth, love, freedom.

One night, my curiosity got the best of me, and I reached for a porcelain spoon. Just as I thought I had it, it slipped from my clumsy fingers and shattered into pieces. I never forgot that moment.

It was not until several years later, when my cousin brought home a porcelain spoon—which happened to be from the Qianlong period, and he managed to sell it for a price many times higher than what he purchased it for—that I realised porcelain’s cultural and historical value.

I thought to myself that porcelain deserved to be stronger. As strong as the centuries of history surrounding it. So I set out to re-imagine, re-build and re-shape porcelain.

After seven years of research and experimentation, I created a porcelain with a rich colour, an intense lustre, toughness and a contemporary spirit. Five times stronger than steel, it will not break should it slip from your hands.

Are you concerned for craftsmen with the advancement of artificial intelligence and 3D printing? Having used CAD and modern machinery, do you have any plans to incorporate new technologies like 3D printing in your work?

I would only be concerned if I feared change. Technology, by definition, is change. Change is so valuable because it allows us to grow, to stretch our minds and to do things we once thought were impossible.

I am very curious and interested to see how Artificial Intelligence  will challenge the industry and the discoveries that will come of it. As a creator, I will continue to embrace all kinds of new technologies in my work.

Lastly, what is the next big thing we can look forward to seeing from you?

I look forward to exploring the potential of my new material, The Wallace Chan Porcelain, and of course, to all the changes that will come along with it. I am truly excited by the creative space it has opened up for me.

Shapeshifter - the Multi-Verse of Wallace Chan is his first public exhibition to be held at Christie’s Hong Kong and open from January 14th-18th 2019.

PREVIOUS TOP 5 Kooky and cool: jewels for original thinkers NEXT ARTICLE The best jewellery looks from the Golden Globes 2019 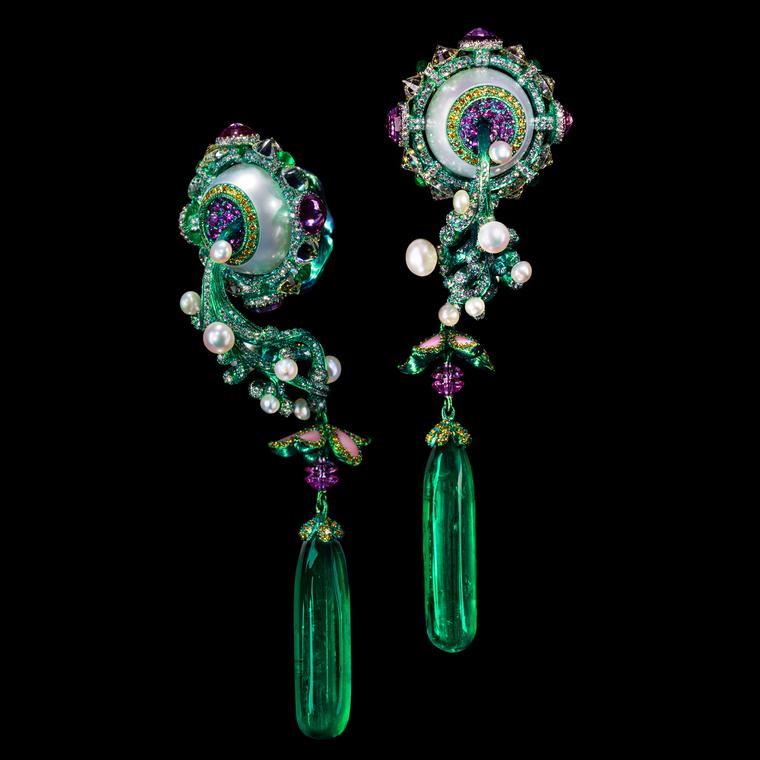 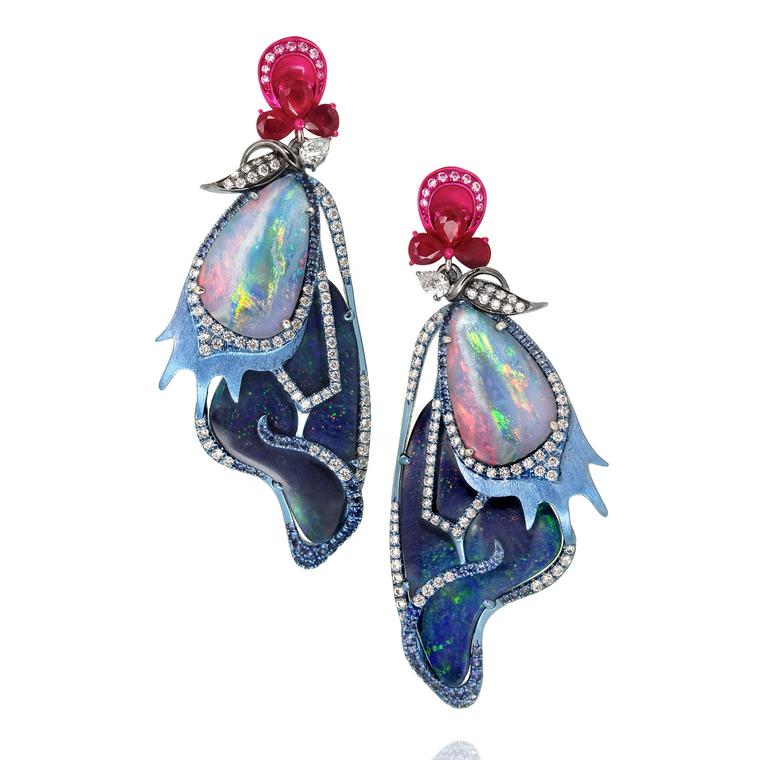 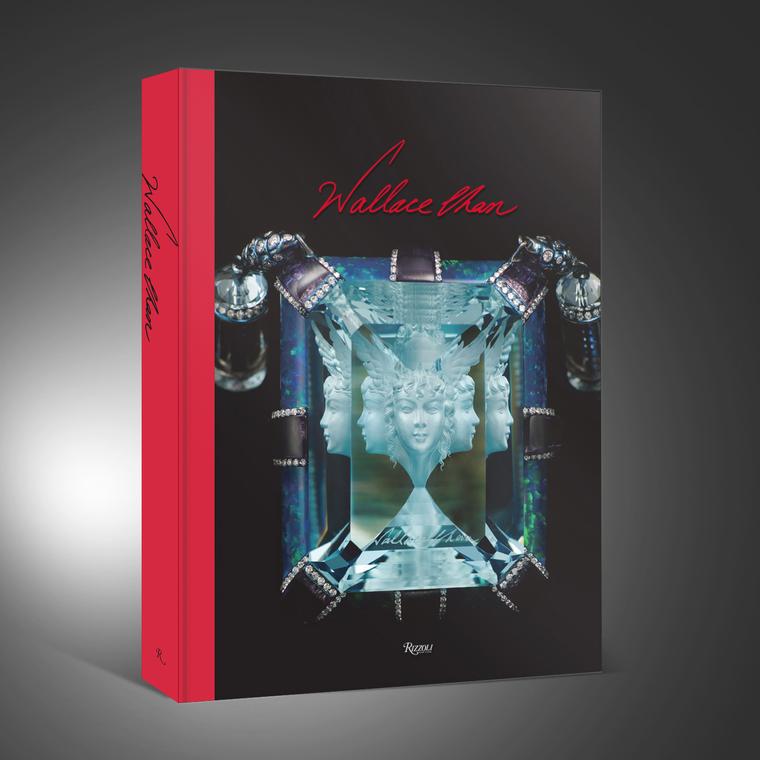