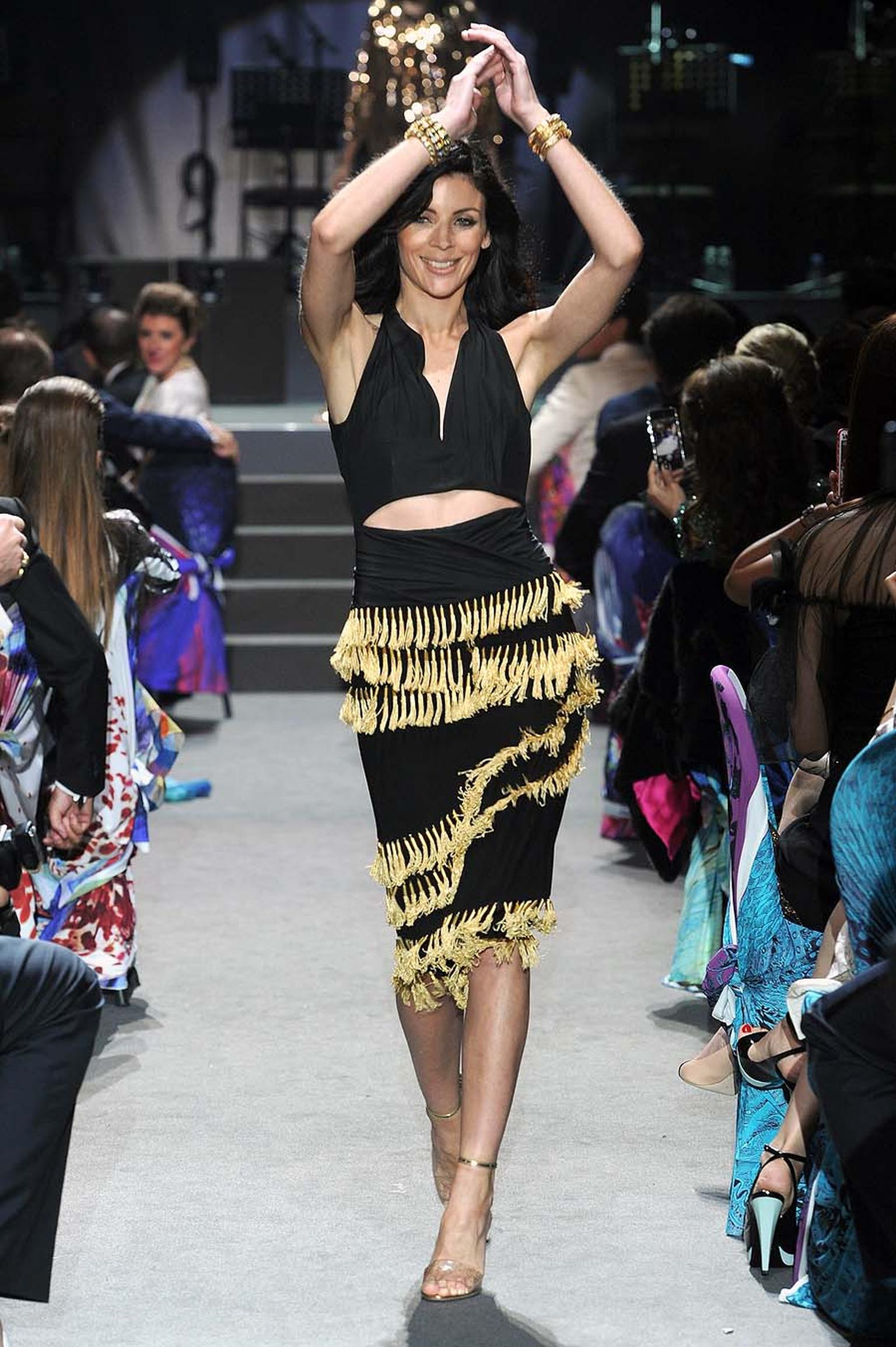 As part of the 20th Cinema Against Aids amfAR charity gala in Cannes, Carine Roitfeld last night hosted 'The Ultimate Gold Collection Fashion Show' at the celebrated Hotel du Cap-Eden-Roc. The first time a catwalk show has been held alongside the charity fundraiser, the event was streamed live last night at 8:00GMT on LoveGold.com, offering viewers a glimpse of all the star-studded action from the red carpet in real time, plus a front-row seat for the fashion show.

The theme was gold as a precious and inspiring metal. Sponsored by LoveGold, Carine Roitfeld - ex editor-in-chief of Vogue Paris and Parisian style queen - curated the show, which featured 38 of the best-known models in fashion wearing couture and jewels from legendary and emerging houses. Among the jewellery brands worn alongside the original couture creations were Bulgari, Chopard, Wright & Teague, Coomi, Hattie Rickards, Pamela Love, Eddie Borgo, Hoorsenbuhs, Kimberly McDonald and Amrapali.

The models looked relaxed and happy as they strutted down the catwalk in creations by world-famous couture houses including Armani, Burberry, Chanel, Prada and Gucci, aware that they were making a little bit of history. Anna dello Russo danced past the clapping crowds in a whacky Pucci ensemble, accessorised with lashings of Bulgari jewels, while Karlie Kloss was transformed into an Indian princess in a sheer, sari-style dress by Indian designer Tarun Tahiliani and jewellery - including a pretty headpiece - by Amrapali. Liberty Ross shook her hips as she sauntered down the catwalk in a tasseled Altuzarra frock and two gold Bulgari 'Serpenti' bracelets snaked round her wrists, and Dalianah Arekion shimmered in floor-length gold Ralph Lauren gown paired with a bracelet by Brit designer Hattie Rickards. 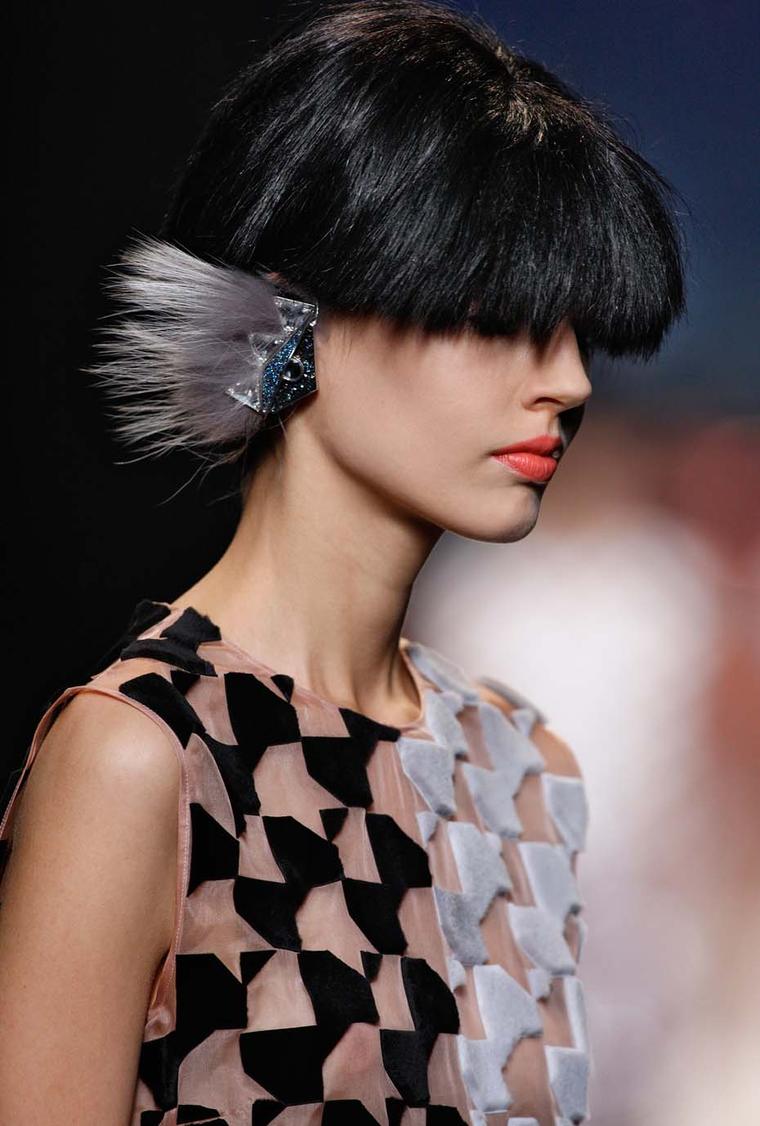 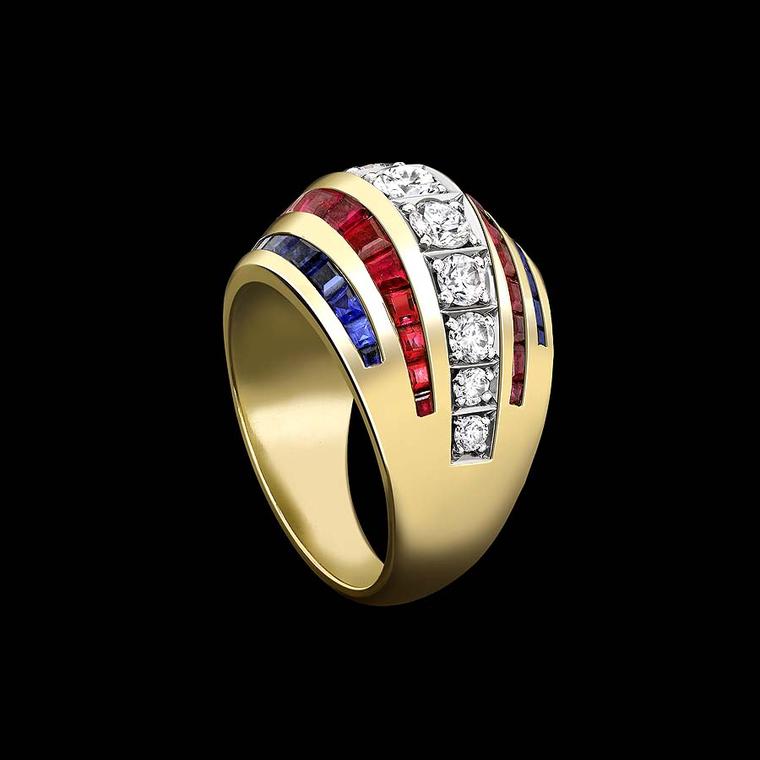