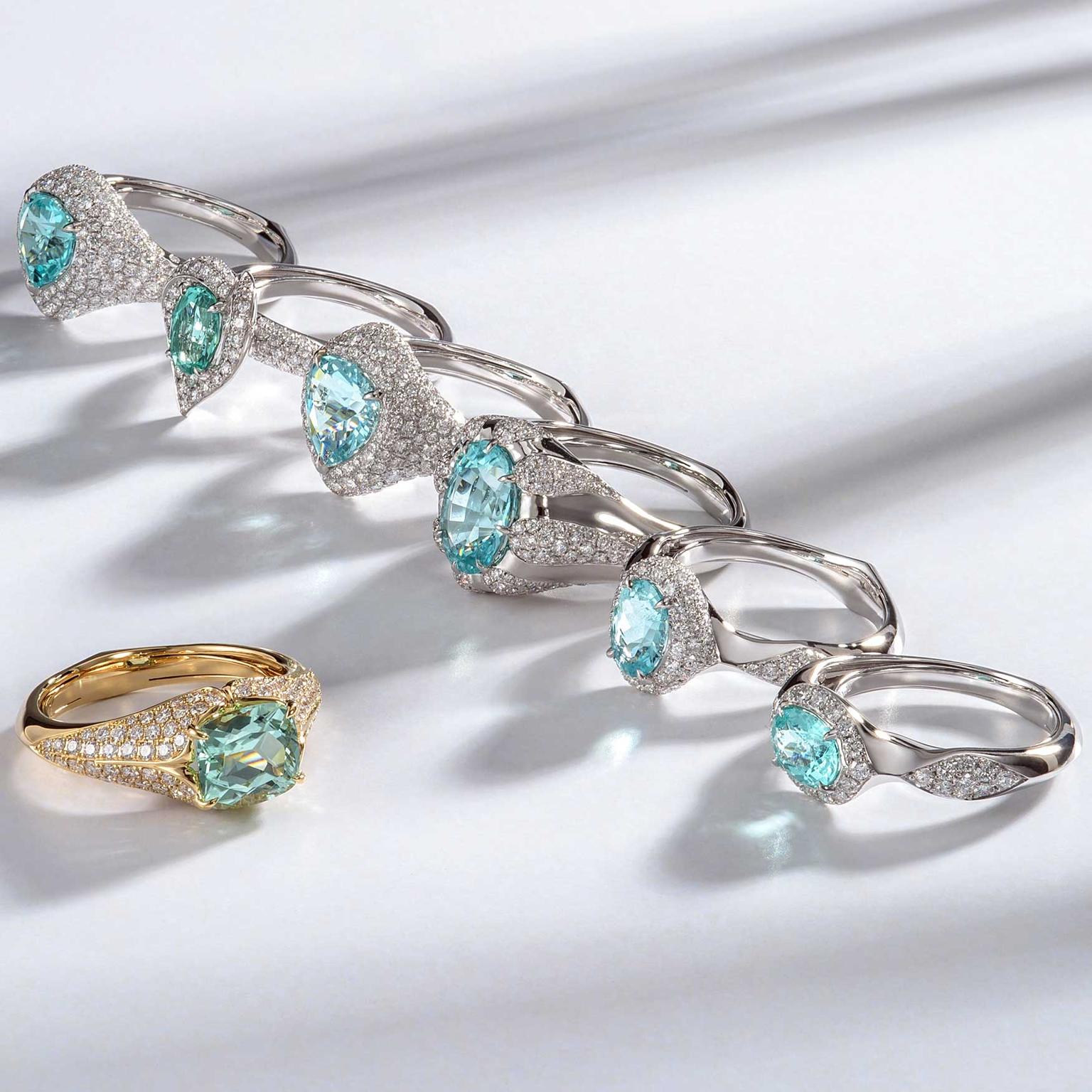 In just a few decades, Paraiba tourmalines have become one of the sought-after gemstones in the world. First discovered in the 1980s by Heitor Dimas Barbosa - who spent years digging in the hills of the Brazilian state of Paraiba on a hunch that something special was hidden there - he must have known he had hit the jackpot when he set eyes on his first, neon-bright Paraiba tourmaline.

Almost every shade of tourmaline can be found in Brazil, but none has the vivid glow that distinguishes the Paraiba tourmaline, also known as cuprian elbaite. A product of the trace element copper, colours range from startling turquoise to majestic blue-green, but it is the incandescent glow that appears to light up the stone from within that makes Paraiba tourmalines incomparable to any other gem.

How rare are Brazilian Paraiba tourmalines?

In a surprising twist in the Paraiba tale, in 2003, a new wave of luminous green-blue tourmalines entered the market, mined by hand in the copper-rich mountains of Mozambique and Nigeria. Paraiba-like in every way, with only minute chemical differences to those unearthed in Brazil, they are often found weighing five carats or more and have caused an ongoing debate as to what can and can't by definition be called a "Paraiba" tourmaline. Some insist that only tourmalines from the Brazilian state of Paraiba are Paraibas, while others are more inclusive.

Read about Brazilian vs African tourmalines

Whichever side of the fence you sit, things start to get very interesting when you look at why this colourful gemstone has been discovered in two very different parts of the world. Compare the shape of the coastline of South America with that of Africa and it suggests that, once upon a time, the two were conjoined, with the copper-rich mountains of Brazil a whole lot closer - and quite possibly right next door - to the copper-rich mountains of Mozambique and Nigeria than they are today. It's impossible to prove, of course, but that simply adds to the allure of this incredible, one-of-a-kind gemstone. 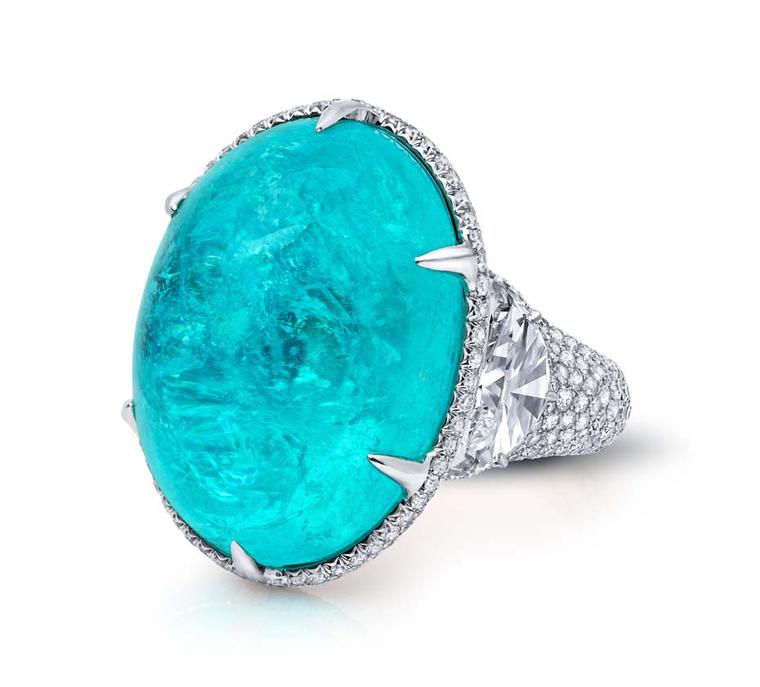