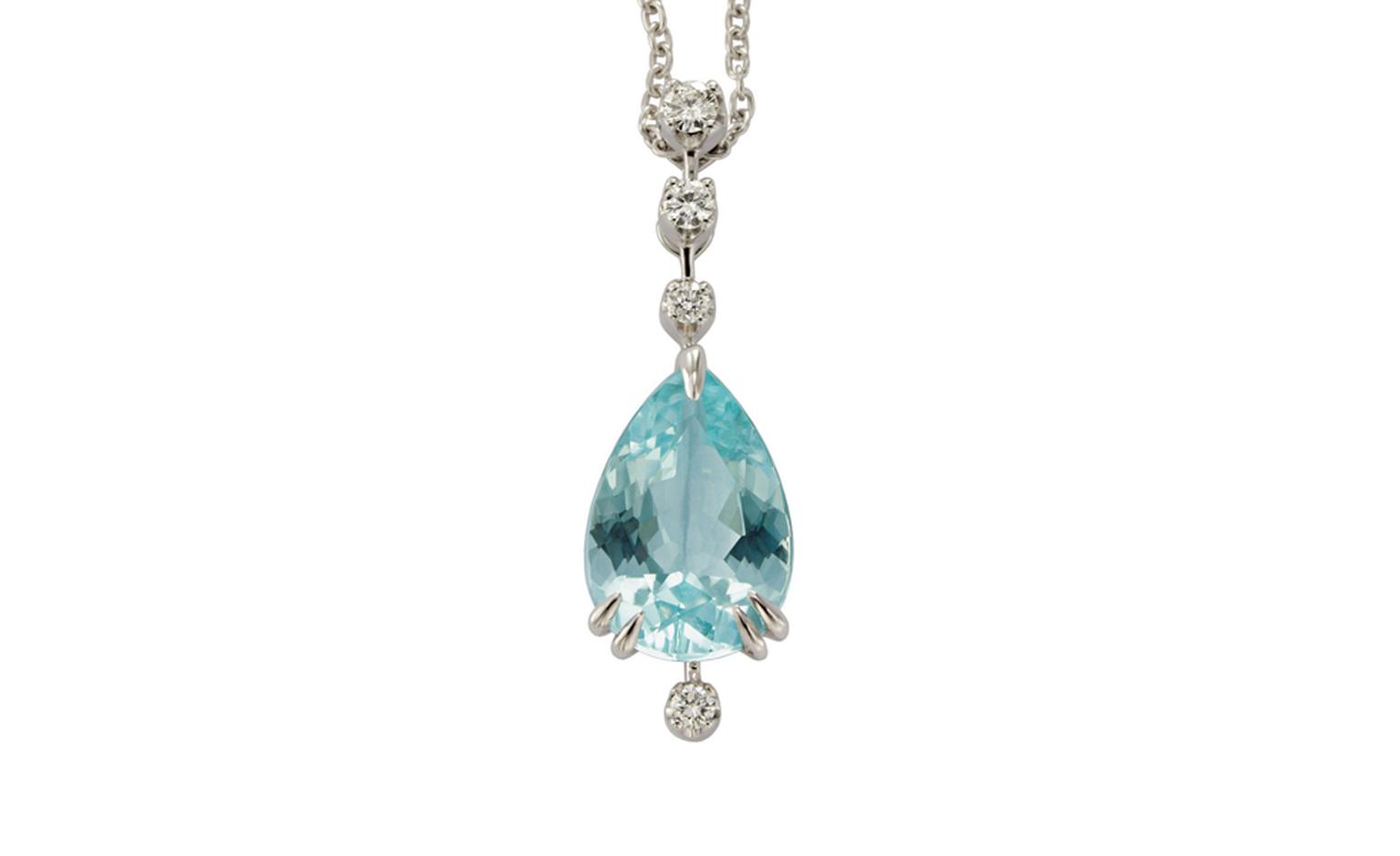 The rare swimming-pool blue Paraiba tourmaline comes to Harrods in London this September as H.Stern reveals some exceptional pieces from company's Rio de Janeiro vaults. H.Stern, the Brazilian luxury jeweller, is king of coloured stones. For two generations, the family-run company has cultivated an increased appreciation and understanding of colour gems and rules supreme when it comes to the rare Paraibatourmaline that has acquired an almost mythical status. Discovered just under 30 years ago, this neon-blue tourmaline has in a short time become one of the most precious and talked about gemstones. Some of the most rare examples of this stone including a 19.1 carat pear-cut Paraiba set in a necklace with 665 diamonds will be at H.Stern's boutique in Harrods from the 1st to the 30th September. Though tourmalines can be found in virtually every colour under the sun, it is this amazing, glow-in-the-dark blue that is the most valued. A tourmaline of this hue is ten thousand times rarer than a diamond and proven by gemologist to be of very high quality. Easily broken, the stone has to be mined by hand and even then, a great proportion of the gems that make it to the surface intact are smaller than 10mm, or a garden pea. The exotically-hued Paraíba was first discovered in 1981, when a stone prospector came across something he had never seen before. For six more years, the determined gem-hunter trawled the mines of northern Brazil but only found green tourmalines, that beautiful as they are, were not a match for the now famous electric blue. Finally, in August 1987, the "Batalha da Nova Era" mine in the state of Paraíba was pin-pointed by our Indiana Jones of gem stones as the source of the mesmerising blue tourmaline named for the Brazilian state of its origin. The prospector took his intriguing find to a trade show in 1990 where the world fell in love with this vividly coloured stone. Such was its appeal that within four days the price of the stones increased fivefold. The rest is history and today the Paraiba is rightly the stone of the moment. Such is the hunger for electric blue stones that new sources have been discovered in Africa. I first saw loose Paraiba tourmalines at H.Stern's flagship store in Rio de Janeiro. This temple to coloured gemstones has a walk-in vault lined with rows upon rows of sliding drawers. Each drawer hold thousands of different loose gem stones arranged by stone, colour and cut. While whole banks of drawers were devoted to citrines, amethysts, emeralds and diamonds there was but one tray of Paraiba tourmalines. The dozen dots of electric blue on the tray more than made up for their size with the intensity of colour beaming out from their diminutive facets. H.Stern, in its devotion to collecting the finest stones in the world, has put together this collection of Paraibas that for lovers of jewellery is a true delight and you don't have to go as far as Brazil to see them for yourself. H.Stern - Harrods - Fine Jewellery Knightsbridge - London - SW1X 7XL Tel: 00 44 207 893 8477

PREVIOUS ARTICLE Paraiba tourmalines: the fascinating story of a rare gem NEXT ARTICLE The high jewellery to watch out for on the red carpet as Chopard prepares for the Cannes Film Festival 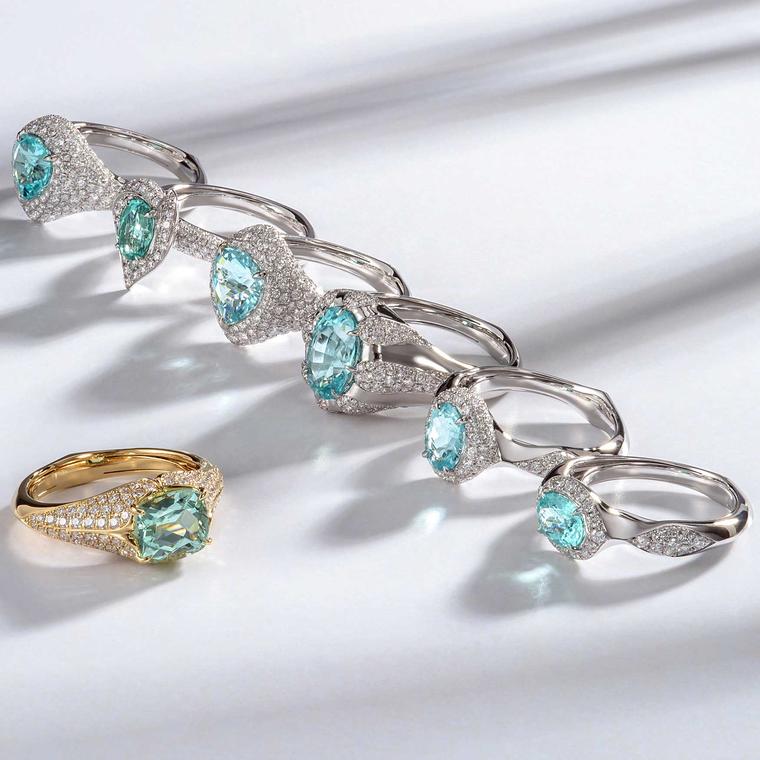 Paraiba tourmalines: the fascinating story of a rare gem