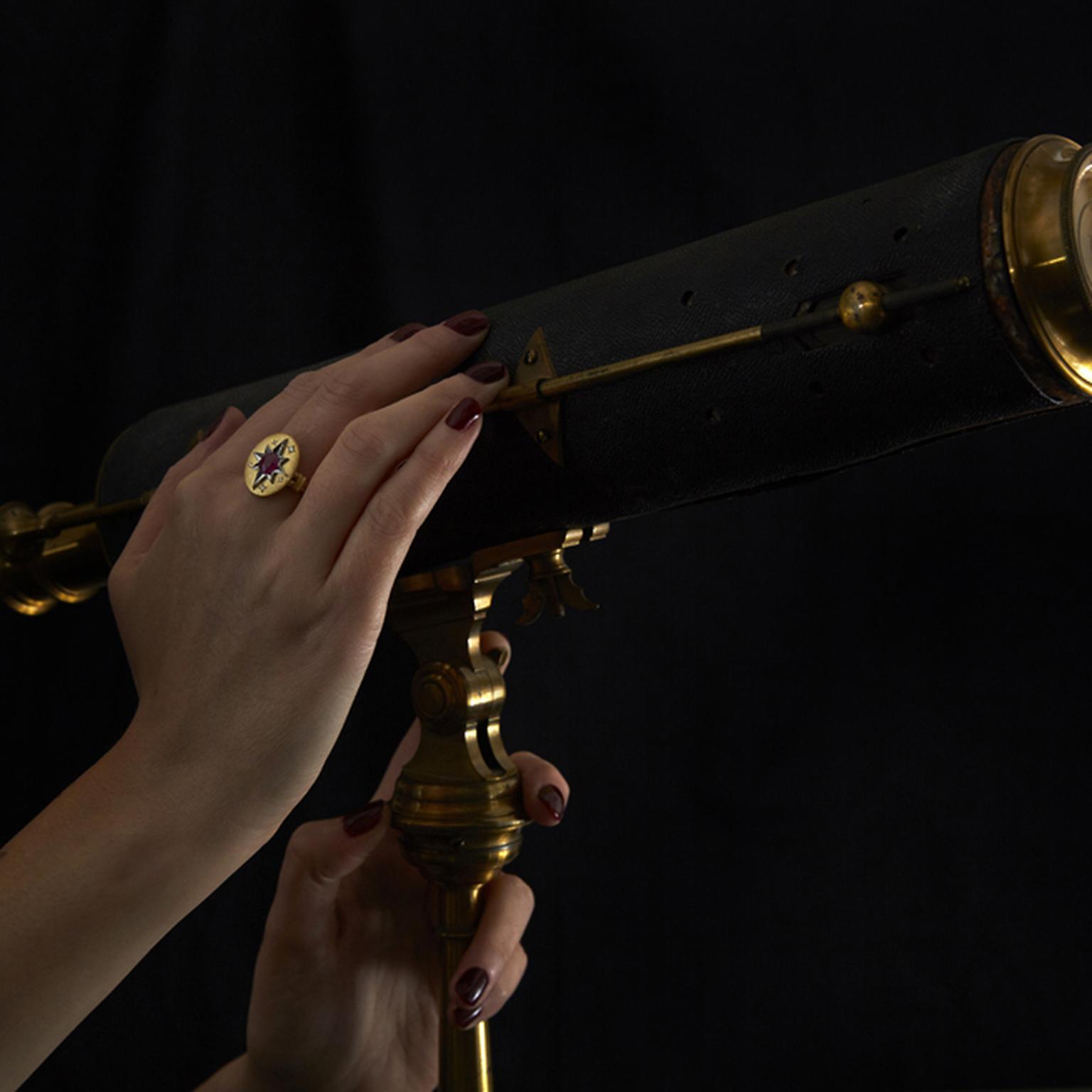 ‘It stops the wheel of time and gilds the moment,’ is the poetic description that Pekka Kulmala, the Helsinki-based jeweller gives to his creations. When I meet the man himself, Pekka is wearing a red lumberjack shirt and is on his summer sea island. He has just come from working on building a woodshed  with the Archipelago Sea shimmering behind him and the spring sunshine piercing through the pine trees.

Across the water in Helsinki, Pekka, a master goldsmith founded his eponymous jewellery house in 2005. Today his team of four jewellers meticulously craft every jewel by hand from sustainably sourced materials such as  gold and platinum from Finnish Lapland and recycled gold from Germany and gemstones from around the world. Pekka leads the design side of the business as well as gem-sourcing and dealing with clients but still finds time to work at the bench. In the tradition of master goldsmiths, each jewel is made by one person from start to finish. The hand of the maker is evident in each jewel, proudly finished to the highest standards and made to last for generations. The majority of their work is private commissions so in effect, most of their work is dedicated to one-offs:  a luxury of time and thought, that Kulmala’s clients have come to appreciate.

Pekka attributes his path to jewellery making to his grandparents who looked after him as a young boy in their small village in the countryside, his parents busy with their photographic business in the capital. Days were spent with his grandfather doing things with their hands, from small carvings to building work or drawing.  A fortuitous interest in the family atlas revealed a section on the location of famous gem mines around the world and the ten-year old Pekka was captivated by the pictures of emeralds, diamonds and nuggets of gold. Colourful pebbles and other little treasures filled his pocket. After completing his military service in Finland, Pekka was clear that he wanted a career that would bring together his love of making things with his hands, drawing and gemstones. He made a beeline to the Lahti Design Institute, where he was immediately accepted to study jewellery making.

While Finland has a tradition of design and craftsmanship, jewellery is not so prevalent. ‘People in Finland didn’t used to have a culture of wearing jewellery,’ explains Pekka. ‘We are very modest, and prefer not to have too much colour and are worried about provoking jealousy. When I started as goldsmith there were hardly any jewellers working with coloured stones. It was mainly all diamonds and platinum.’

This fortunately has changed and today Kulmala brings the joy of colour to the Helsinki jewellery game, but with a Baltic nuance and Finnish sensitivity. Where possible Pekka uses materials from close to home such as Finnish beryl or Greenland rubies. More exotic gemstones, in particular minty tourmalines or Paraibas from Mozambique are hunted down with care to ensure they are responsibly sourced. Pekka himself describes the Kulmala style of jewels as a balance between classic and contemporary with a focus on colour. Animals, particularly small ones are a recurring theme: ‘I always like some humour in my designs and like to include small birds, insects or fish, something that brings joy and tells a story,’ says Pekka.

A fine-tuned understanding of nature handed down over generations is at the heart of Kulmala jewels. Gemstones evoke a frigid, bird-flecked Baltic sky, a frost-dusted ice berry or the flash of sunlight through fresh spring leaves. Beetles resplendent in green tourmaline carapaces send their twitching antennae up the ear lobe. Eight little birds settle around a luminous green pool of Finnish beryl in the Sparrow ring. Even designs with a more classical air have a modern edge thanks to the vibrancy of the gems that Pekka selects from around the world. Case in point: at the centre of the Compass ring is a ruby from Greenland of a burning,  fiery-red, volcanic intensity that brings a contemporary boldness to a centuries-old motif.

What in Pekka’s opinion is the appeal of his jewels to those new to the Kulmala philosophy? ‘I like the story of our company, it is fresh and young but still working with same ideology and materials for over twenty-three years. The quality of our pieces is so, so high that it is beautiful from all angles: nice and perfect.’