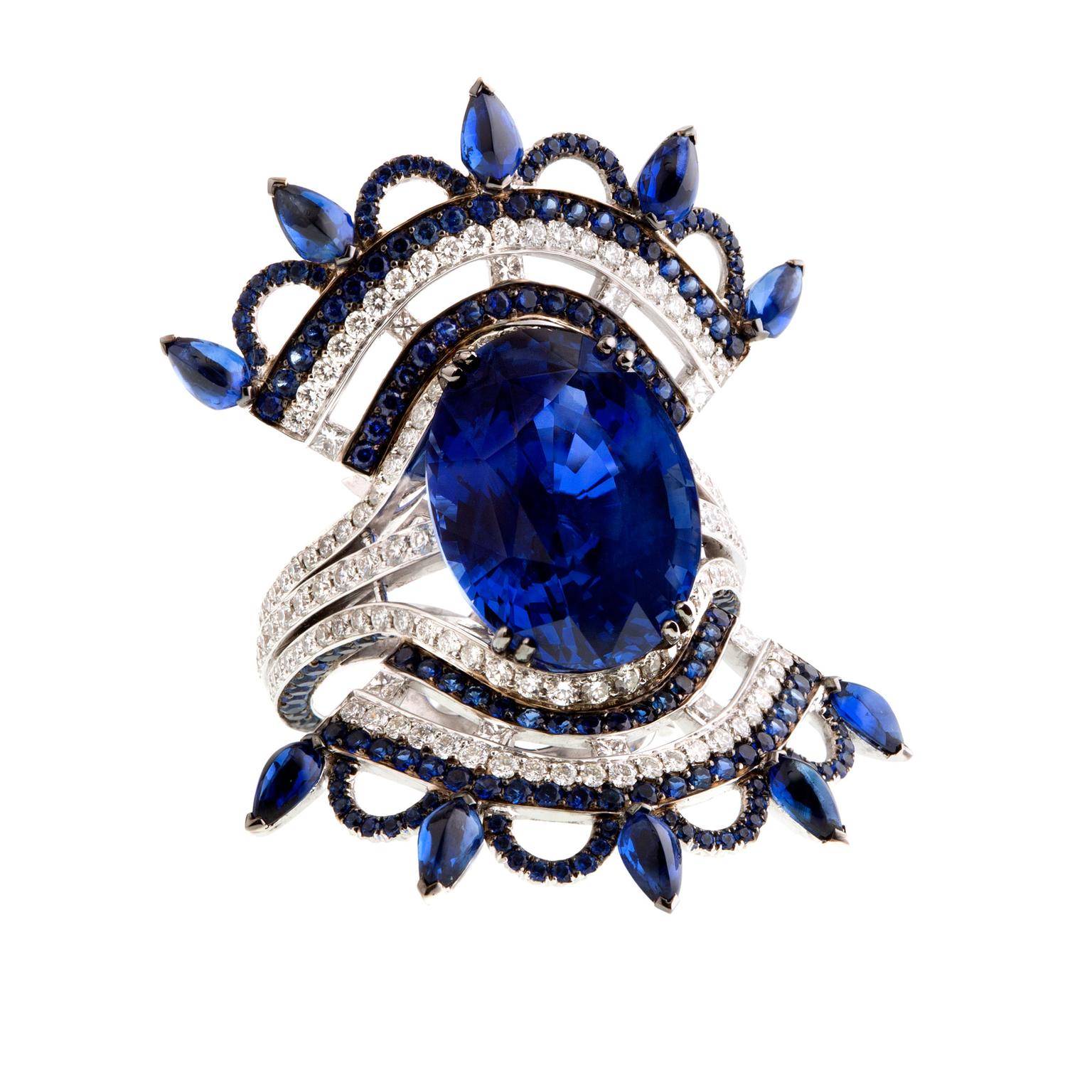 Unless you have a penchant for jewellery history or are a serious collector, you will probably not recognise the name John Rubel, but most fine jewellery fans will be familiar with his work. And if his great-great niece succeeds in her current mission to revive the family business after a 60-year hiatus, it is a name that could once again become of note.

The story of John Rubel started more than 100 years ago. While brothers John and Robert Rubel had established themselves as jewellers in their native Hungary, it was a move to Paris in 1915, where they opened a workshop on Rue Vivienne, that really kick-started their careers.

The brothers, who were then trading under the moniker Rubel Frères, quickly gained a reputation of excellent craftsmanship and soon began creating jewels for some of the top names in the business. They went on to align themselves closely with Van Cleef & Arpels and were even allowed to sign some pieces, such was their reputation.

One of the most famous designs they created for Van Cleef & Arpels was dreamt up in a Latino nightclub in the Lower East Side in New York, where the brothers moved in 1939 to follow the Parisian jewellery house as it relocated at the outbreak of World War II. The brothers, who took to the lavish nightlife scene in the city like ducks to water, were watching a flamenco dancer when John was suddenly inspired to sketch her form on the corner of a table cloth, which he ripped off at the end of the night. This sketch would be the basis for the first of the iconic Van Cleef & Arpels ballerina brooches.

While these beautiful brooches were in many ways the pinnacle of the collaboration between Van Cleef & Arpels and the Rubel brothers, it would also be the partnership’s undoing. A tussle over the rights to these elegant figurines would lead to the two companies parting ways in 1943.

Still in love with the city and with jewellery, the brothers set up on their own under the name John Rubel, with an atelier on Fifth Avenue. Dancing figures, Art Deco designs and jewels that clashed brightly coloured gemstones became the hallmarks of the brand.

A decade later, the brothers retired, and with nobody to take over the business, John Rubel lay dormant. That was until last year when the founders’ great-great niece Sophie Mizrahi-Rubel rebooted the brand after discovering a trunk of sketches left forgotten in the attic of her family home. Mizrahi-Rubel had followed in the footsteps of her family by working in management roles at top jewellery houses including Cartier, Fred and, as fate would have it, Van Cleef & Arpels.

“Throughout my career, I have been in the service of the big names of international jewellery but I am now entering a period of my life where I want to dedicate myself to carrying on my family’s heritage,” says Mizrahi-Rubel, who last year unveiled a collection of high jewellery under the name John Rubel that is inspired by the roots of the brand. “John Rubel speaks with grace, lightness and depth. I like to imagine that it shares features with Bizet’s Carmen, whom one could imagine wearing red, gold and turquoise. Like her, John Rubel’s jewels have always danced. My wish today is that they resume their ballet of shapes and colours.” 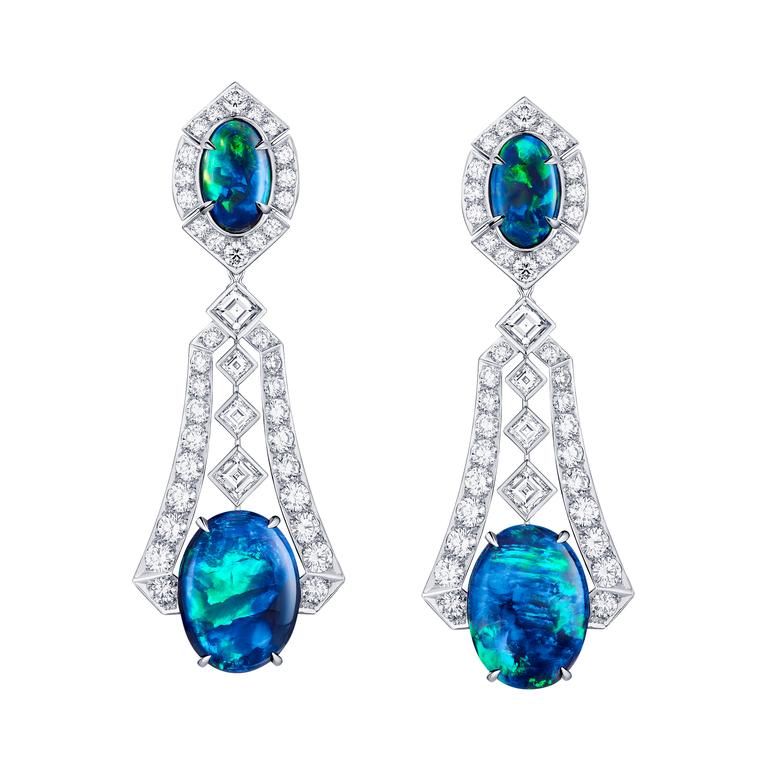 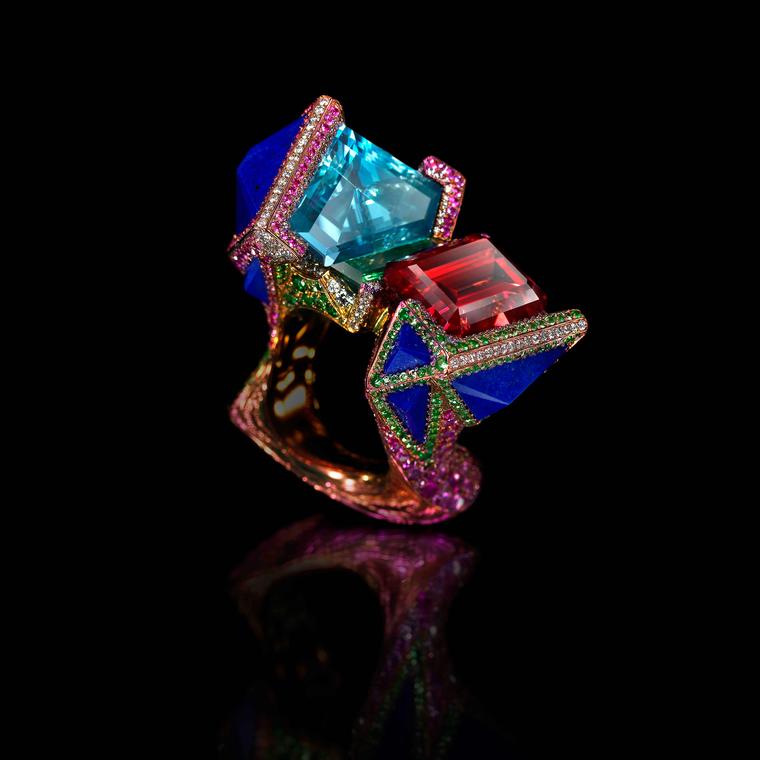