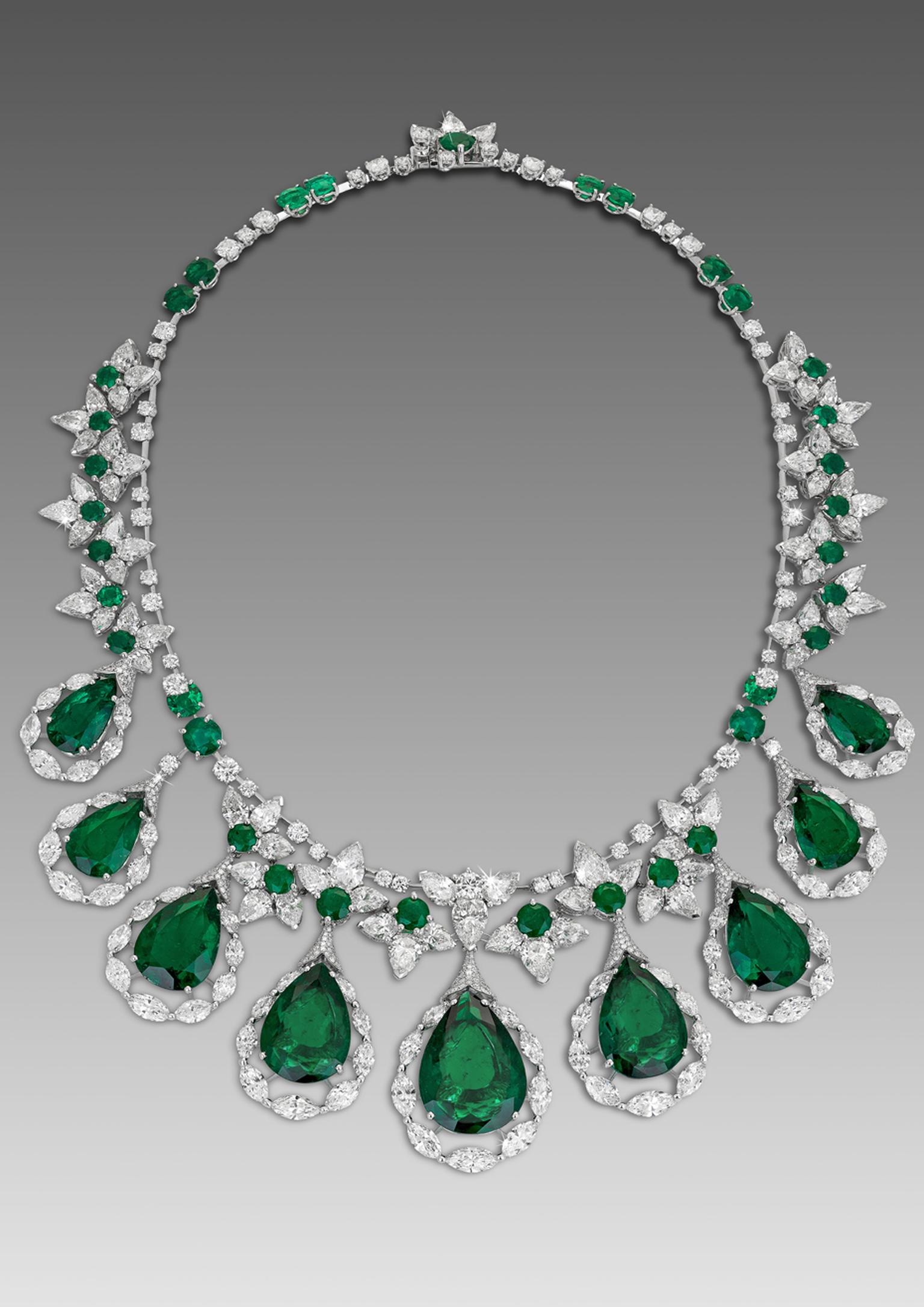 While David Morris is a stalwart of Old Bond Street and has been run by the same family for three generations, this year is the very first time that the company will be present at the Biennale des Antiquaires 2014 in Paris.

Founded by David Morris - a bench jeweller in Hatton Garden - with £200 given to him by his father-in-law, the firm has grown to become one of the most prestigious British jewellers, with deep-pocketed customers around the world. Famous clients including Elizabeth Taylor and Richard Burton as well as Lily Allen, Kate Winslet and Helen Mirren, who have all turned to David Morris to source jewels with a personality.

Being one of only 14 jewellers selected by the organiser's committee is an indication of the worldwide standing that David Morris commands in fine jewellery because at the Biennale des Antiquaires you will find nothing but the very best from around the world. David Morris will be rubbing shoulders with international heavyweights such as Cartier and Van Cleef & Arpels as well as exceptional smaller houses including Giampiero Bodino from Italy and Wallace Chan from China.

I had a chance to preview some of the jewels that David Morris will be displaying, so expect to see lots of colour beaming out from exceptional stones. Jeremy Morris has an uncanny ability to track down the most fabulous stones and doesn't compromise when hunting out the very best colours and cuts. And if it isn't quite to his liking, Jeremy will not hesitate to re-cut, an extravagance not many jewellers can permit.

Emeralds are one of the house's strengths, and the large necklace with clean and clear pear-shaped emeralds from Colombia is a highlight not to be missed. Another showstopper is a plunging necklace comprised of six strands of beautiful lighter-coloured ruby beads and cabochons from Burma, sprinkled with diamonds.

I was bowled over by a 66.55 carat double cabochon Burmese sapphire ring with a blue hue like sunlight piercing through the ocean depths and a magnificent multi-strand opal necklace. The opal beads date from the 1920s and cascade downwards alongside diamonds interspersed like sequins in an informally random pattern.

What sets David Morris apart is that, despite the fact that the stones are of the very highest quality, the jewels can be worn with ease thanks to the asymmetric designs and very flexible construction.

And then, of course, there are the diamonds. I tried on an 8.06 carat pear-shaped Fancy pink diamond ring that looked so perfect on the hand. It would be the perfect match for the impressive necklace, made up of antique marquise-cut diamonds and pink brilliant-cut diamonds, which culminates in an internally flawless 22.22ct pear-shaped diamond drop. And that should give you an idea of the quality of jewels to expect from David Morris for its first appearance at the Biennale des Antiquaires in 2014. 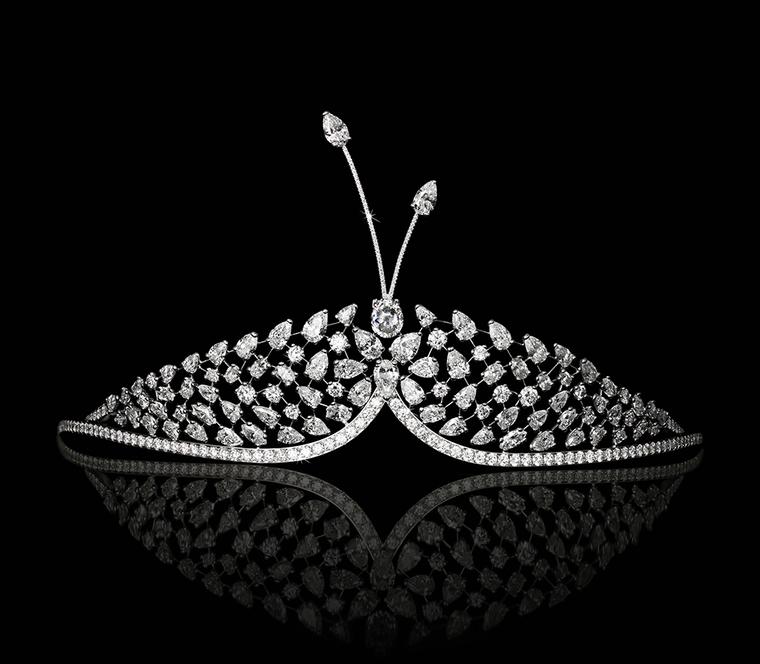 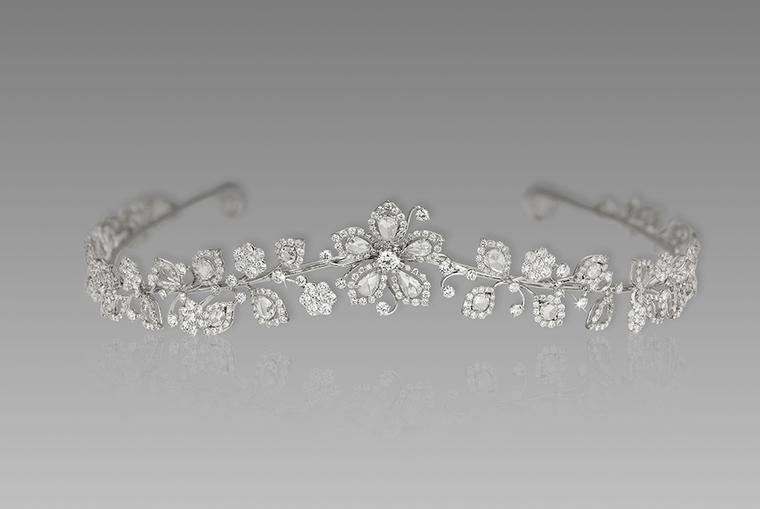 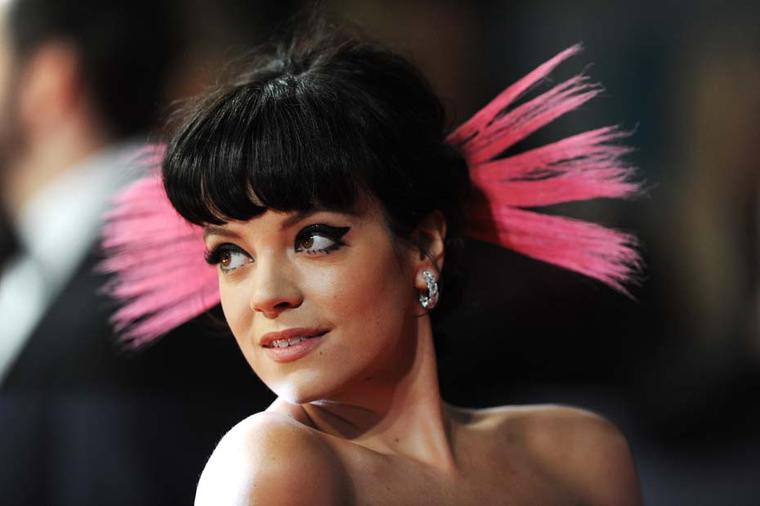