A pink diamond the size of a pound coin has sold for $28.55m at Christie’s Geneva Magnificent Jewels auction this week, catapulting it into the league of record-breaking coloured diamonds.

Following fierce bidding and setting a new world auction record, the 16.08ct cushion-cut Fancy Vivid pink diamond was sold to a Chinese buyer based in Hong Kong. Named “Sweet Josephine” by its new owner, the pink diamond is mounted into a platinum ring and framed by a double row of pavé diamonds.

“Sweet Josephine” is up there with the rarest of the rare, not only because of its pure, intense colour with no trace of a secondary modifier, but as the largest cushion-cut Fancy Vivid pink diamond to ever be offered at a diamond auction. Its size also marks it out as a once-in-a-lifetime phenomena.

According to Christie’s, only three pure vivid pink diamonds of more than 10ct have appeared for sale in the auction house’s 250-year history. Going forward, this scenario is unlikely to improve as the supply of pink diamonds from the main source in North West Australia is fast running out.

Rahul Kadakia, international head of Christie’s Jewellery Department, said: “We have had a very busy few days here in Geneva as clients have come from all over the world to view the sale. Selling the largest Fancy Vivid cushion-shaped pink diamond is a privilege, and to sell it for a new world record auction price is a strong indication that there is still demand from clients for these truly precious stones.”

When it comes to rare coloured gemstones, pink diamonds are up there in a record-breaking class of their own. The crème de la crème for gem connoisseurs, pink diamonds account for only 0.03% of the global annual diamond production and are worth between 10 and 100 times more than an equivalent white diamond.

Next month, Christie’s Geneva will present the largest cushion-cut Fancy Vivid pink diamond ever to be offered at auction in its Magnificent Jewels sale, with an estimate of a staggering US$23-28 million. The 16.08ct pink diamond is set into a ring surrounded by a double row of pavé white diamonds, which further highlight its extraordinary colour. The platinum band is decorated with small circular-cut white diamonds, adding an extra layer of sparkle to a jewel that would make the ultimate pink diamond engagement ring.

But just how rare is this coloured gemstone that looks poised to become the most expensive Fancy Vivid cushion-cut pink diamond ever sold at auction? First of all, let’s consider its size. Natural pink diamonds of more than one carat are extremely rare, with less than 10% weighing more than 0.20ct, and when it comes to stones in the Fancy Vivid pink category, diamonds of more than 10 carats are virtually unheard of.

At more than 16ct, this diamond is more than three times as big as the 5ct cushion-cut Fancy Vivid pink diamond that Christie’s Hong Kong sold for $10.8 million in 2009. Dubbed The Vivid Pink, it set a record for the price per carat for a pink diamond, which was only broken last year by the 8.41ct Fancy Vivid purple-pink diamond sold at Sotheby’s Hong Kong.

Read about a record-breaking year for coloured diamonds at auction

Now onto the colour of this latest rose-hued stone. While all coloured diamonds are sought after, pink is by far the rarest, with most having a secondary colour such as purple, orange, brown or grey. This diamond is a pure, intense pink with no presence of a colour modifier. The even colour distribution and balanced saturation and tone, together with the distinct pink hue, earn it the coveted Fancy Vivid moniker. This is the highest colour grading awarded by the Gemological Institute of America (GIA) - only one in 100,000 diamonds has a colour deep enough to be graded as Fancy.

While the cushion-cut pink diamond sits at the very pinnacle of these criteria, there is the not-to-be-ignored fact that pink diamonds in themselves are becoming an even rarer phenomena. The Argyle mines in North West Australia, which were discovered in the late 1970s, yield around 90% of the world’s pink diamonds. However, even now only 0.1% of the 20 million carats of rough diamonds produced every year are pink, and the mine’s supply is dwindling fast, with many predicting it will be depleted within the next three years. While they are occasionally found in Brazil, Russia and India, currently there are no other pink diamond mines in the world, and even if one were discovered, it would take at least a decade for the stones to appear on the market.

So it’s no surprise that the potentially record-breaking 16.08ct cushion-cut Fancy Vivid pink diamond is causing quite a stir in the run-up to Christie’s jewellery auction in Geneva on 10 November.

Rahul Kadakia, Christie’s International Head of Jewellery, said: “As large and rare colourful diamonds of this calibre become increasingly hard to locate, this 16.08ct Fancy Vivid pink diamond comes to market at a time when great gems are mirroring prices achieved for masterpieces in the world of fine art. Collectors are looking to jewels as savvy investments, which are both beautiful and can appreciate considerably in value over a relatively short period of time.” 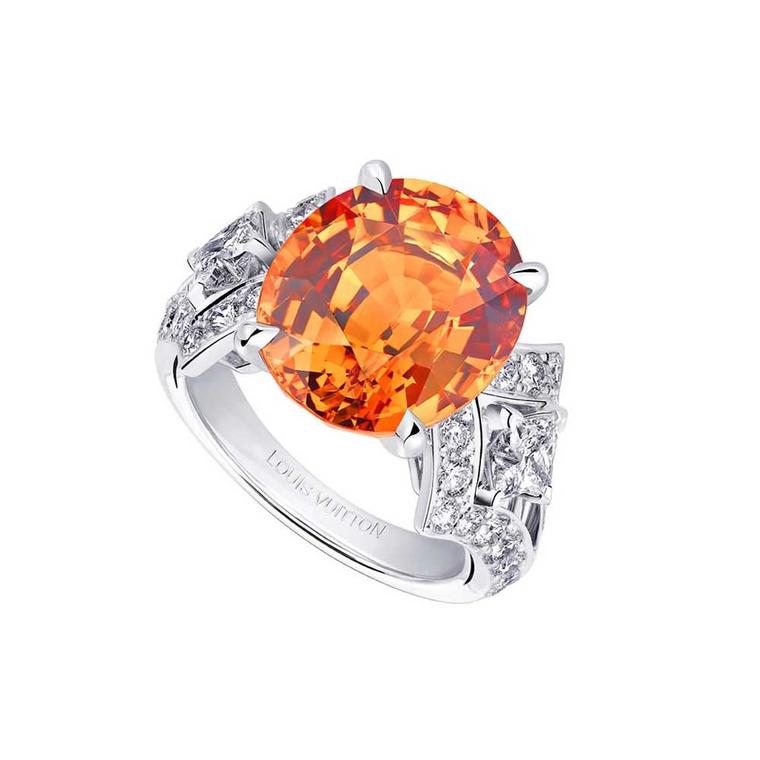