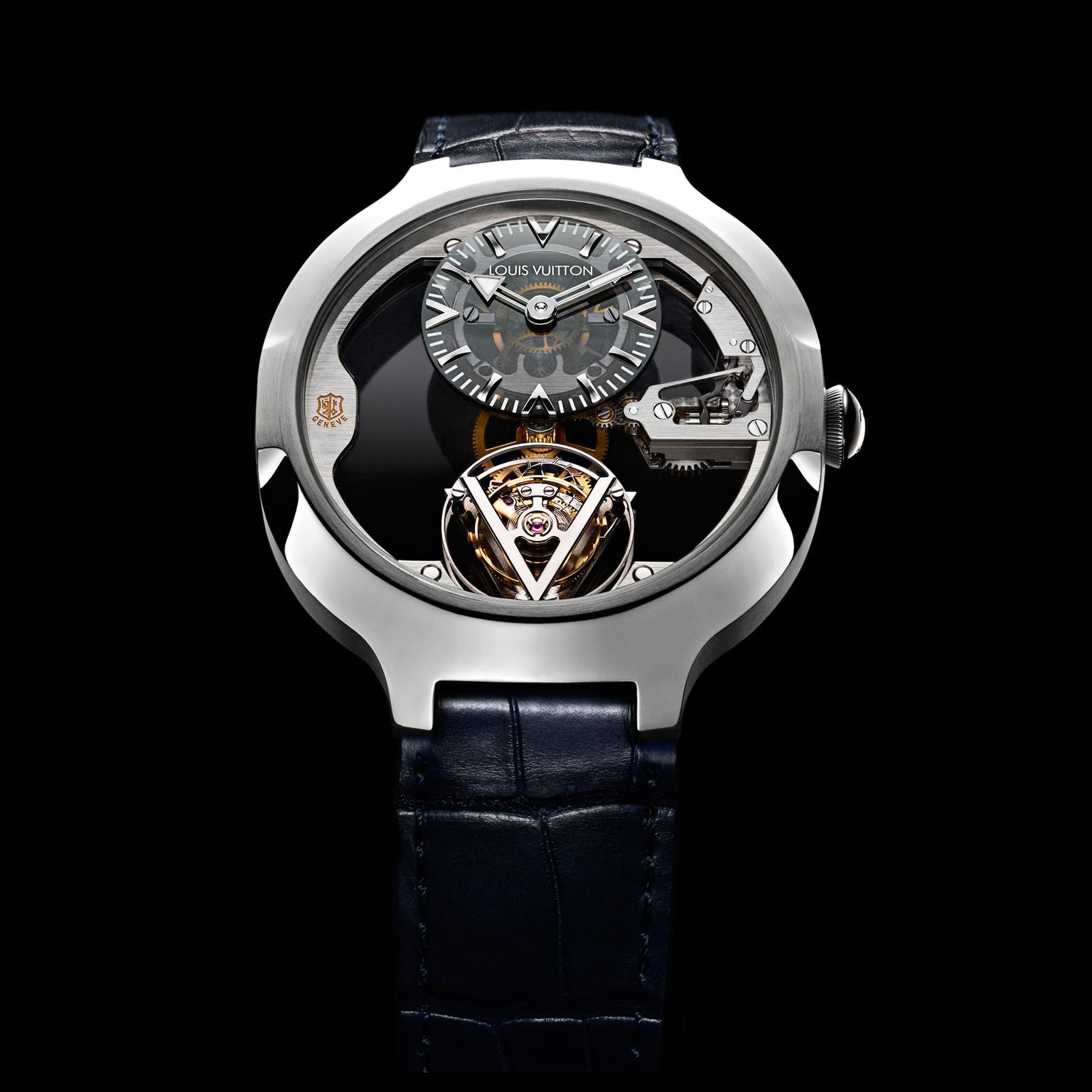 Louis Vuitton surprised the watch world when it unveiled its sublime Flying Tourbillon emblazoned with the coveted "Poinçon de Genève", or Geneva Seal. This is a proud milestone for Louis Vuitton watches, which now enter a select coterie of watchmakers whose work has been blessed with the seal that vouches for everything from chronometric precision to the decoration of the movement.

When LV turned its hand to watchmaking back in 2002, many assumed the Maison would produce luxury watches as accessories to complement its fashion collections. Luckily that was not the vision at LV and, from the start, the company sought the expertise of a Geneva-based watchmaking duo - Michel Navas and Enrico Barbasini of La Fabrique du Temps. The watches produced at La Fabrique du Temps are technically ambitious - we need only recall the Escale Worldtime Minute Repeater presented in 2015 - and the presentation is fresh, daring and appealing. The creativity and technological prowess of the independent watchmakers proved a perfect match and, by 2011, La Fabrique du Temps was acquired by Louis Vuitton.

The Flying Tourbillon watch is, quite simply, spectacular. The first thing you appreciate is a relaxing sense of weightlessness and levity created by the vertical positioning of movement, allowing for wide-open spaces on either side of the dial. At 6 o’clock, a skeletonised flying tourbillon - which means it is not attached to an upper bridge - completes a mesmerising one-minute spin, almost grazing the sapphire crystal glass and enhancing the ethereal spirit of this watch. Another curious optical effect is the V-shaped tourbillon carriage and lower tourbillon bridge making the Vs literally levitate before your eyes.

The hours and minutes dial, positioned above the tourbillon and set on a smoky sapphire crystal disc, feature V-shaped hour markers at 3, 6, 9 and 12 o’clock. The grey metallized sapphire dial allows for a voyeuristic view of the gears and barrel, which provides the hand-wound movement, LV104 calibre, with a power reserve of 80 hours.

This new member of the Louis Vuitton watch family comes in a case that is practically impossible to define. Crafted in platinum PT950, and measuring 41 x 43.7mm, it is a combination of a circle and a square, but can’t be slotted into the cushion-cut or oval-shaped case categories. Whatever you want to call it, the case is ergonomic with short, plunging lugs and contrasting satin-brushed and polished surfaces that play on the volumes of the bezel. The small coat of arms bearing a crowned eagle and an upturned key at 9 o’clock is in fact the "Poinçon de Genève" seal.

For many watchmakers, God is in the details and, in addition to the creation of a precision mechanical movement, a great deal of time is invested in making sure the decoration of the movement and aesthetics of the watch are as close to perfection as humanly possible. And this is where the Geneva Seal steps in. Introduced in 1886, it is a seal of quality administered by an independent bureau based in Geneva and governed by the Canton of Geneva, making it a state institution. The seal is still regarded as the “ultimate standard in excellence” for the “provenance, quality, craftsmanship and reliability” of a watch. Beyond a series of tests to gauge the chronometrical precision, the inspectors will be judging the mandatory decorative finishes on all the 168 components of the Flying Tourbillon watch, the overall aesthetic appeal, and also checking to see whether all the parts have been manufactured in Geneva.

The LV104 calibre was developed entirely from scratch by La Fabrique du Temps for Louis Vuitton based on the criteria of the Geneval Seal. The result is an extraordinary aerial display of the time - light years ahead of many skeletonised watches on the market today. 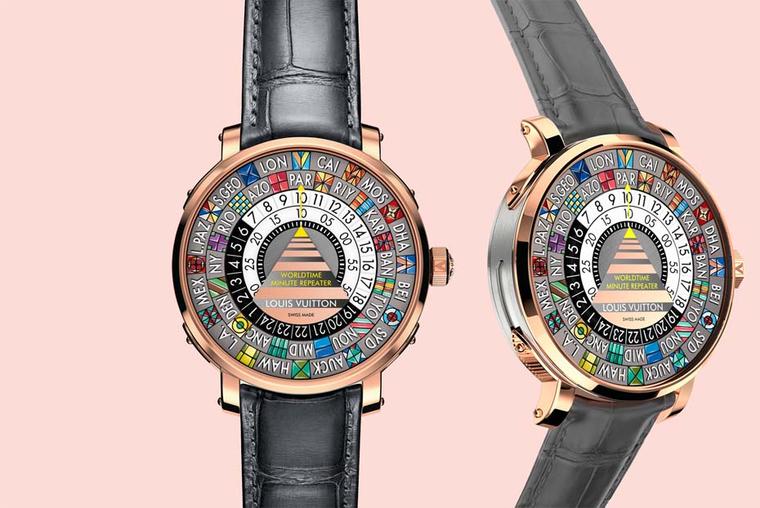 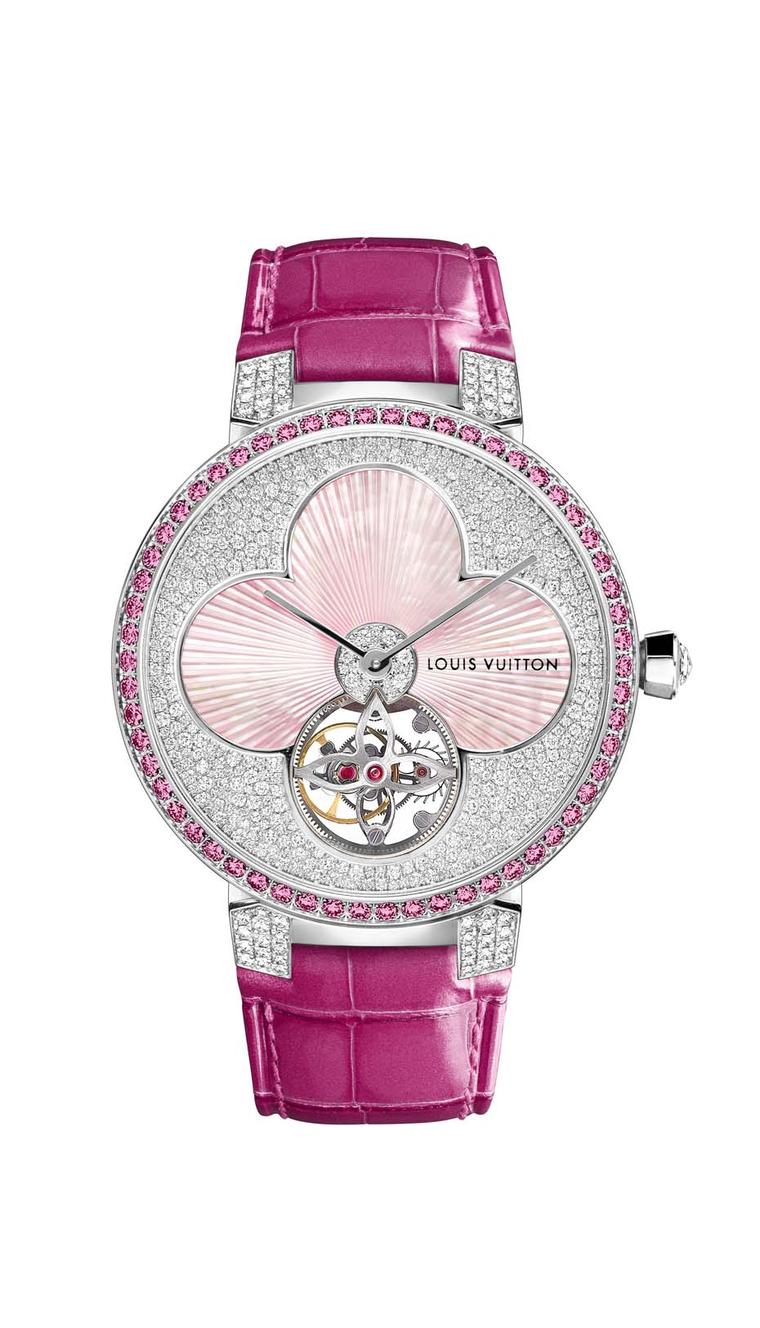