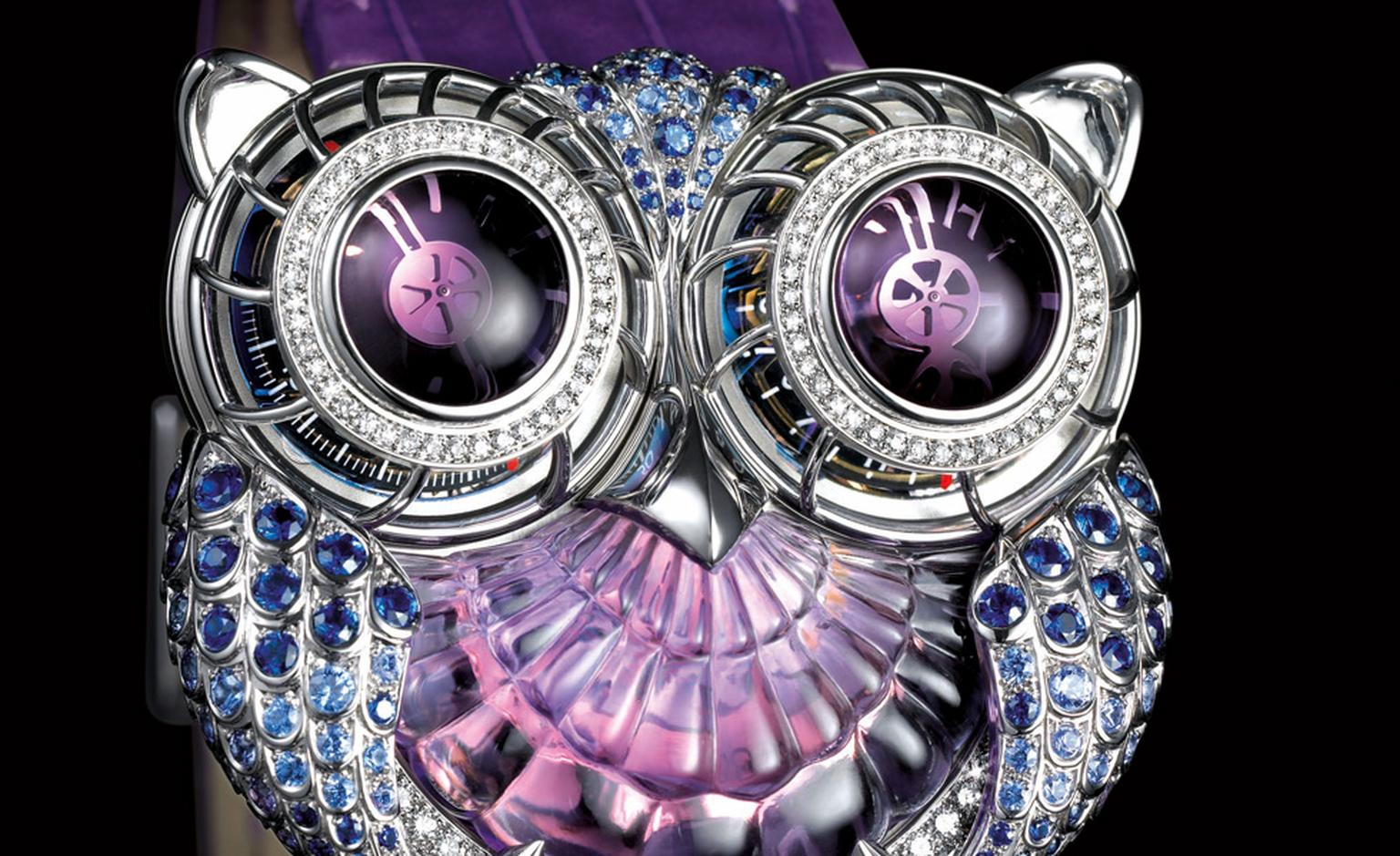 The JWLRYMACHINE by MB&F and Boucheron The JWLRYMACHINE is a Boucheron's bejewelled interpretation of MB&F's whacky Horological Machine Nº3.  Looking at this highly unusual watch that unites two very different talents brings to mind the words of Edward Lear's Pussy-Cat to the her Owl beau: "You elegant fowl...Too long we have tarried! O let us be married." This elegant fowl in the most precious of plummage is the combination of the talent of Boucheron, the 152 year old jeweler of Place Vendôme and MB&F, the cutting edge, young  Swiss watchmaking genius headed up by Maximilian Büsser. The base for the watch, the 2009 Horological Machine Nº 3,  is a feat of technical and design daring. This watch that suggested a face with its big eyes and wide smile has been taken to another dimension by the jewellers at Boucheron. The purple cabochon eyes now belong to an owl. Night and day is indicated in the purple iris of one eye and the seconds in the other and hours and minutes are read off the rim of each eye. Through the owl's carved stone body (amethyst or pink tourmaline with rose quartz are the two colour versions) you can see the date and if you look closely, the rotor that moves to gather energy to power this highly unusual watch. Diamonds and blue and violet sapphires adorn the dazzling wings. Perhaps like the Owl and the Pussy cat, Boucheron and MB&F will  'hand in hand, on the edge of the sand, dance by the light of the moon'. With apologies to Edward Lear.