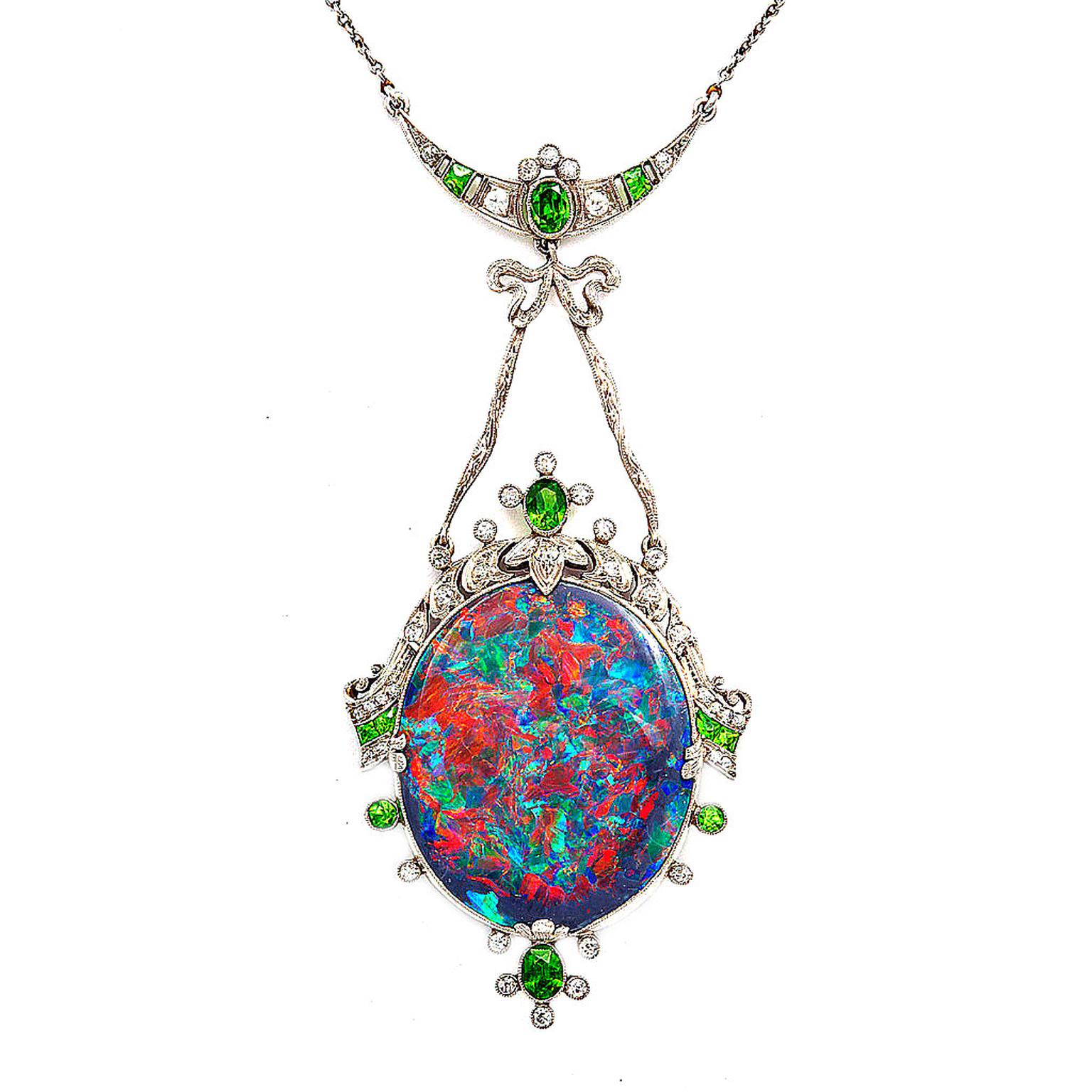 Like other gems with unique histories, the opal, October’s birthstone, is filled with a rich narrative past. Through ancient times and different cultures, this intriguingly mysterious and fiery stone, with its vivid hue that changes depending on the light and type, has been thought of as magical. Opal jewellery has weathered superstitions of bad luck, along with the ups and downs of fashion, to become one of the most widely loved gems by antique jewellery aficionados and modern jewellery designers alike.

The word opal derived its name from “opalus”, which means “to see a change in colour”. The Romans prized opals, ranking them second only to emeralds, and believed them to bring the owner good fortune. The Romans also believed these gems symbolised hope and purity. Pliny, the Roman scholar, wrote of the opal: “There is in them a softer fire than the ruby, there is the brilliant purple of the amethyst, and the sea green of the emerald - all shining together in incredible union.”

The Ancient Greeks believed that opals brought foresight and prophecy, while Arab cultures thought opals fell from the heavens in flashes of lightning, which is what imbued them with their changing colours. Although there were also connotations of ill fortune attributed to the gem, it wasn’t until the 19th century that opals dramatically fell out of favour for two reasons.

The first is a story of a cursed opal that King Alfonso XII of Spain received in a ring from a vengeful comtesse he had previously courted. After giving the opal ring to his wife, she died unexpectedly. The ring was passed down through generations and each new owner also died mysteriously. The depressed king decided to wear it himself, and he also died shortly afterwards. But at the same time, cholera had reached epidemic proportions, killing more than 100,000 people from all class levels, which was most likely the real reason for these untimely deaths.

The other, more widely known, story is that opals had a reputation for bringing bad luck to the wearer if it was not their birthstone. Sir Walter Scott’s Anne of Geierstein, in which an opal hair ornament brought catastrophe to its owner, is said to have started this superstition. After a huge discovery of opal was made in Australia, a British Territory, in 1870, Queen Victoria wore opal jewellery to dispel the superstition. She also presented her friends and five daughters with gifts of fine opals. It was Tullie Cornthwaite Wollaston, born in South Australia in 1863, who introduced Australian opals to the rest of the world.

By the later part of that period, opals were being designed into all categories of jewellery such as classic five stone Victorian rings, opal brooches set into lockets and later, in Edwardian times, in lavalieres with delicate garland surrounds. Art Nouveau saw the artistry of mixing various types of opals into one piece.

Opals range from cool to warm in colour. There are the more common flecked blue/green variations, and Mexican fire opals that range from deep yellow to orange to pale red. The vivid rainbow-effect of Australian Boulder opals have become one of the most widely sought after, while the most luxurious are the fine, mysterious black opals with pops of blue, pink and violet. 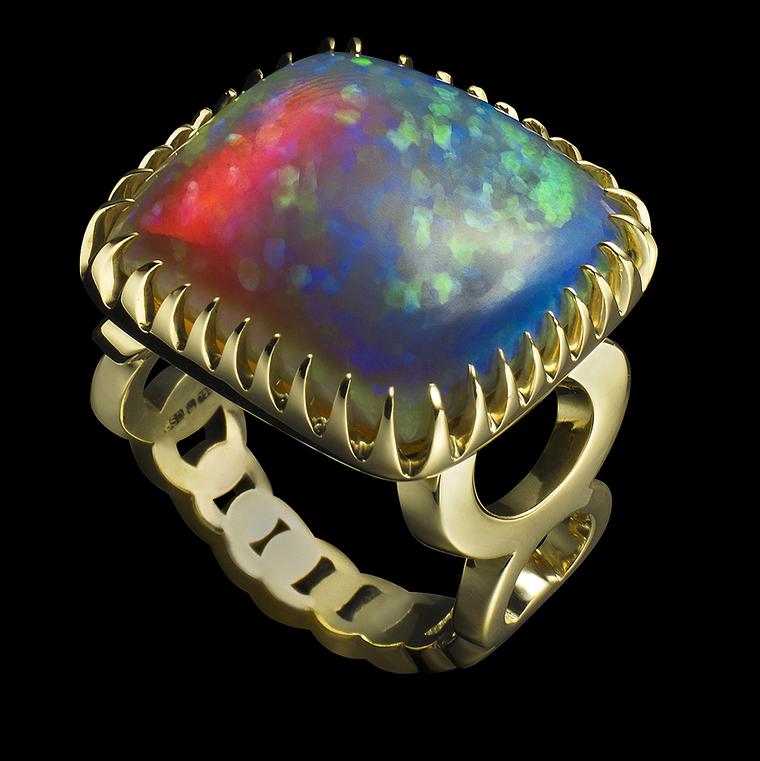