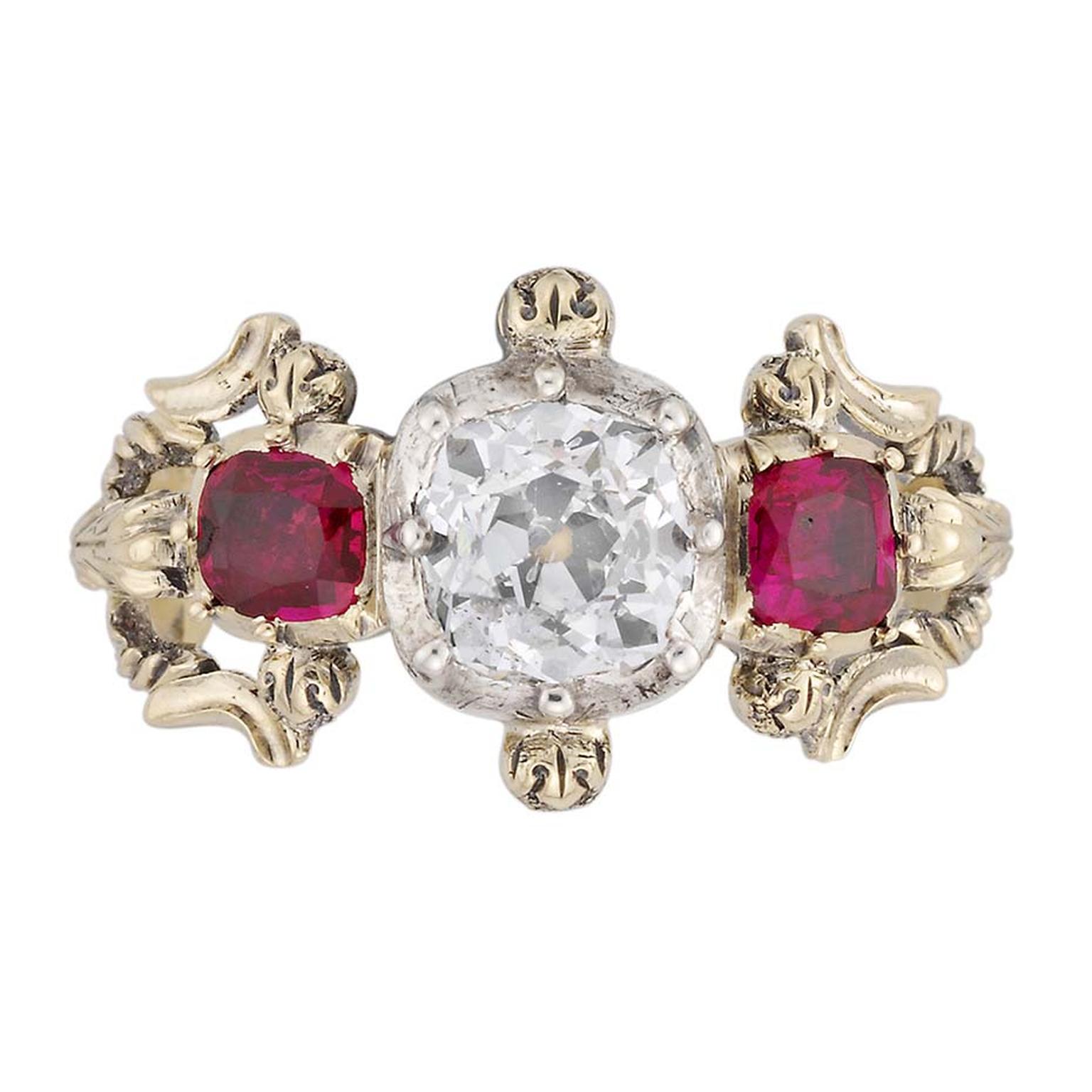 Victorian engagement rings are popular among brides-to-be who love the romantic aesthetic that pervaded designs of this era. The Victorians were spoilt for choice when it came to engagement rings, with many different styles emerging during Queen Victoria's six decades on the throne.

Early Victorian engagement rings were usually big and elaborate, while those dating from the late 19th century were smaller and more intricate. Until the 1870s, diamonds were scarce, but the opening of the diamond mines in South Africa led to a fall in prices and these precious stones were increasingly incorporated into the antique engagement rings of the times.

One thing that stayed the same, however, was the choice of metal, which remained yellow or rose gold. The romantic allure of rose gold appealed greatly to the Victorians, who liked to combine it with an array of coloured gemstones. Queen Victoria had a soft spot for opals, but other popular coloured gemstones included sapphires, rubies, emeralds, amethysts, garnets and turquoise. As large diamonds were something of a rarity at the start of that era, Victorian engagement rings often featured clusters of small diamonds, or coloured gemstones and pearls surrounded by diamonds.

View a selection of our favourite rose gold engagement rings

If a ring featured a diamond centre stone, it was usually cut in the old mine cut, which dates back to the 1700s and resembles the modern cushion cut, albeit with more rounded corners. Another popular diamond cut was the 58-facet old European cut, which is the predecessor of today's round brilliant cut.

Three stone engagement rings were popularised during the Victorian era with either a diamond or coloured gemstone in the centre, flanked by two smaller stones. Victorian brides were also often presented with acrostic rings, better known as Regard rings, which spelled out a message such as dearest, regard or love, using the first letter of different coloured gemstones.

Other popular styles included serpent engagement rings, like Queen Victoria's, in the shape of a snake - which was, believe it or not, actually considered to be a very romantic motif - and the half hoop ring where the top part of the band features an elaborately carved design set with gemstones.

PREVIOUS ARTICLE Tiffany watches: the new CT60 collection seeks inspiration from the past NEXT ARTICLE Omega watches: new Moonwatch models are a slice of space history on your wrist 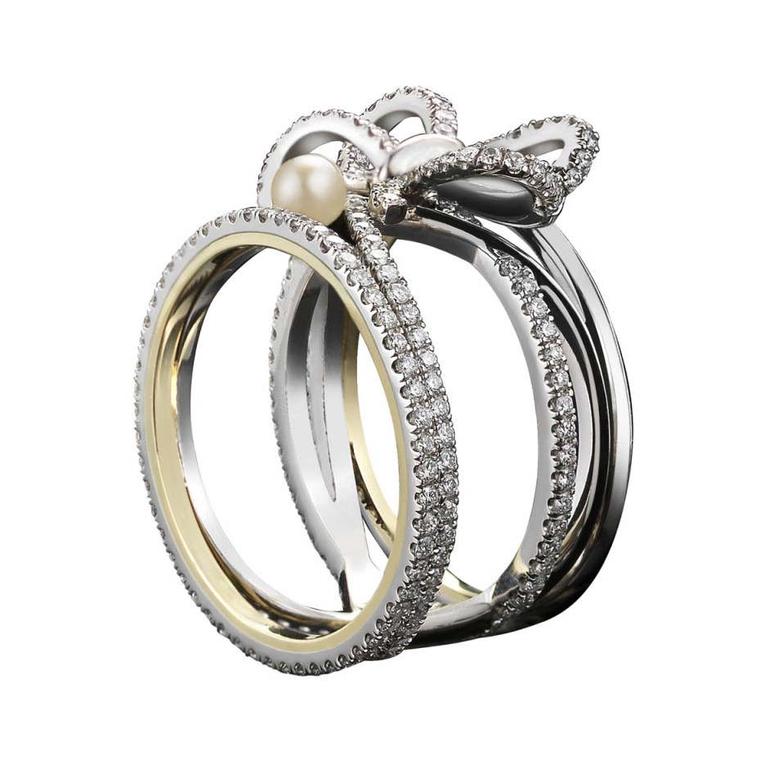 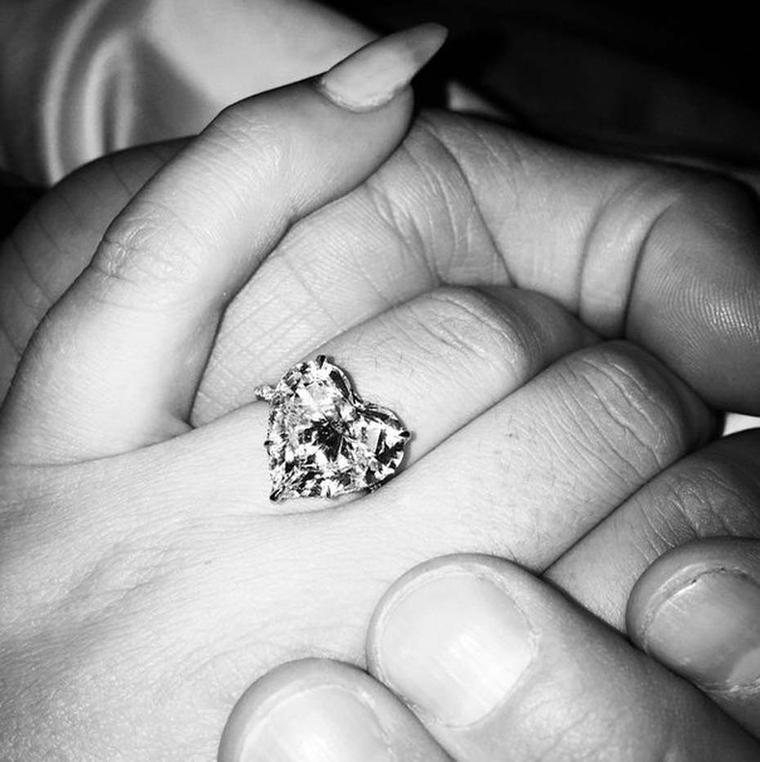 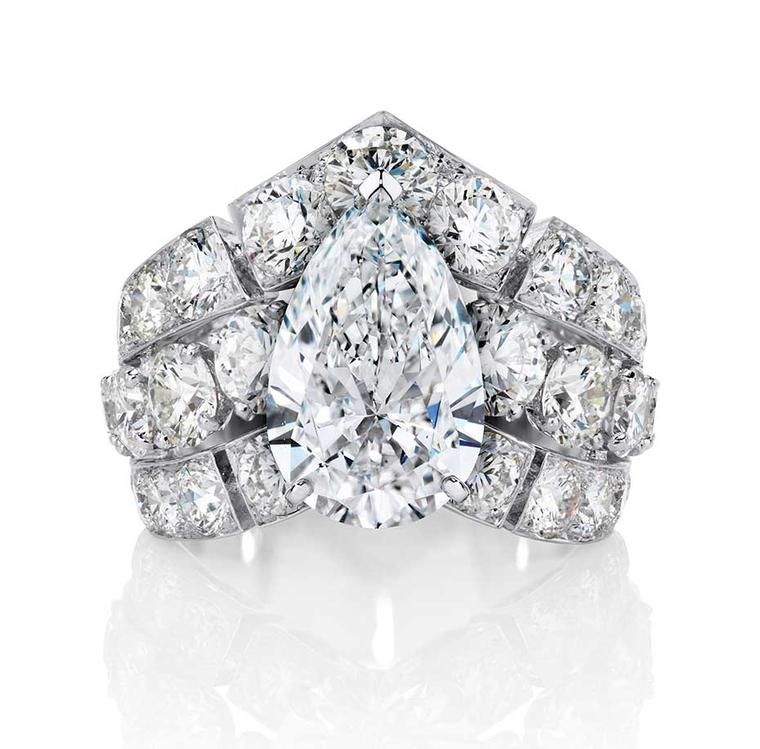