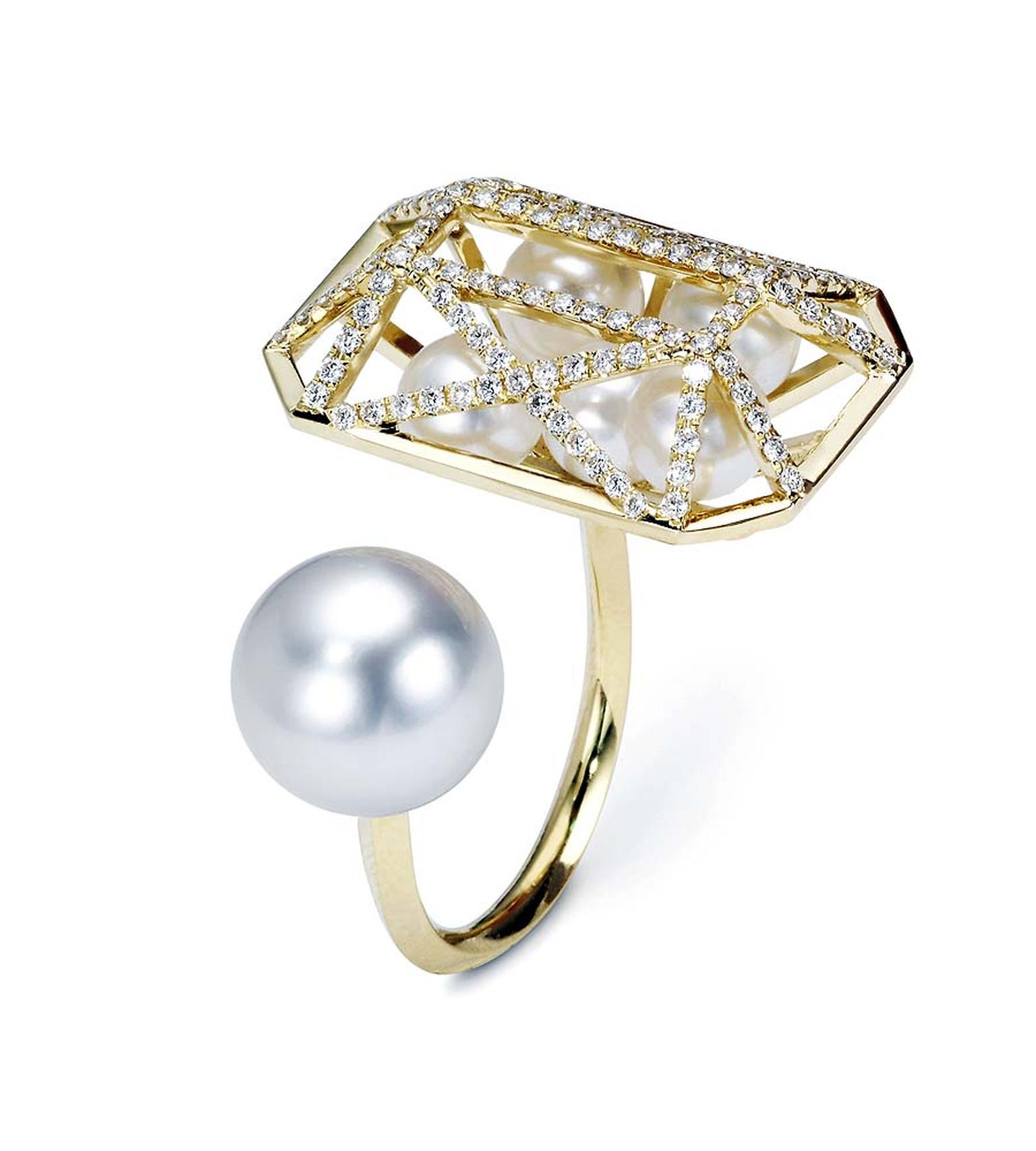 The ever-inventive Greek designer Melanie Georgacopoulos has shown us that there is a whole lot more to pearls than stringing them on a necklace. Sliced, diced, carved or caged, the London-based jeweller has changed the way we perceive pearls, using them in exactly the same way you would a precious gemstone.

Following the launch of a collaborative collection with the Japanese fine jeweller Tasaki at London and Paris Fashion Weeks earlier this year (read more about it here), Georgacopoulos unveiled a new fine jewellery line during Paris Fashion Week this July, which combines diamonds and pearls for the first time.

The new Couture Collection highlights the inherent differences between lustrous pearls and sparkling diamonds in an audacious style that is both elegant and playful. Revisiting the art deco-style structures of her Caged Collection, Georgacopoulos has set diamonds into the gold openwork designs and added discreet diamond accents to the bands of rings and bracelets. As the pearls move freely in their gilded cages, the diamonds catch the light - a fascinating interplay of movement and sparkle.

Georgacopoulos is among the talented British designers stocked at the recently opened Fine Jewellery Room at Fortnum & Mason. She was also one of seven independent designers invited out to Las Vegas in May 2013 for the annual Couture jewellery show as part of the British Fashion Council's Rock Vault, an initiative curated by Stephen Webster that aims to nurture and showcase the best jewellery talent in the UK (read more here). 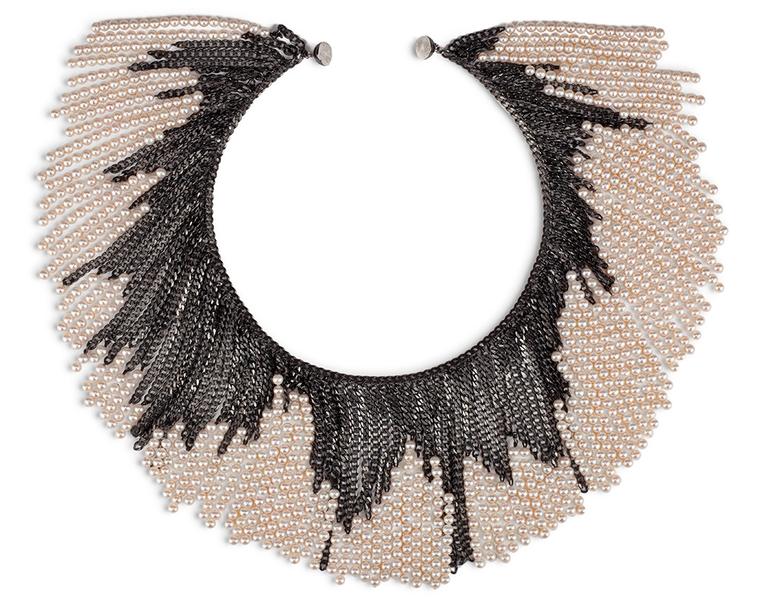 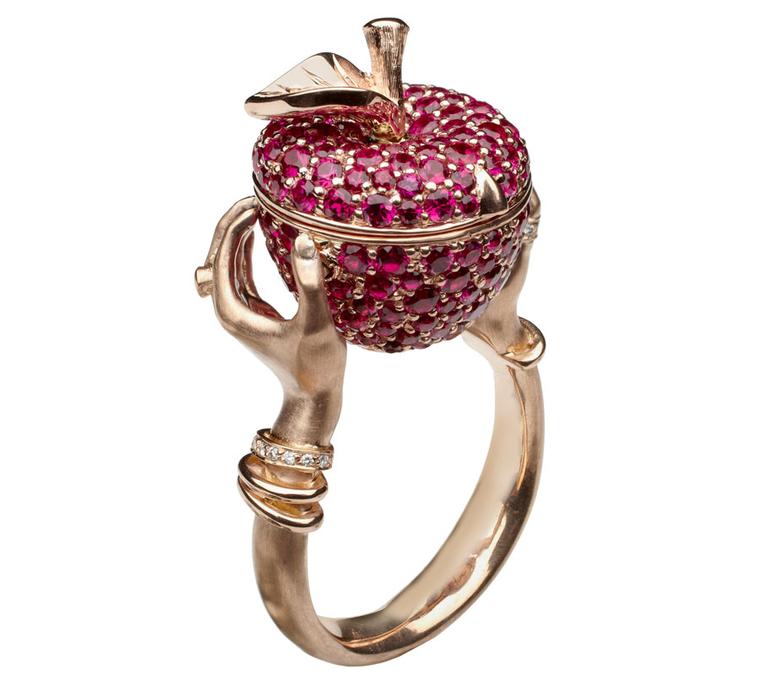