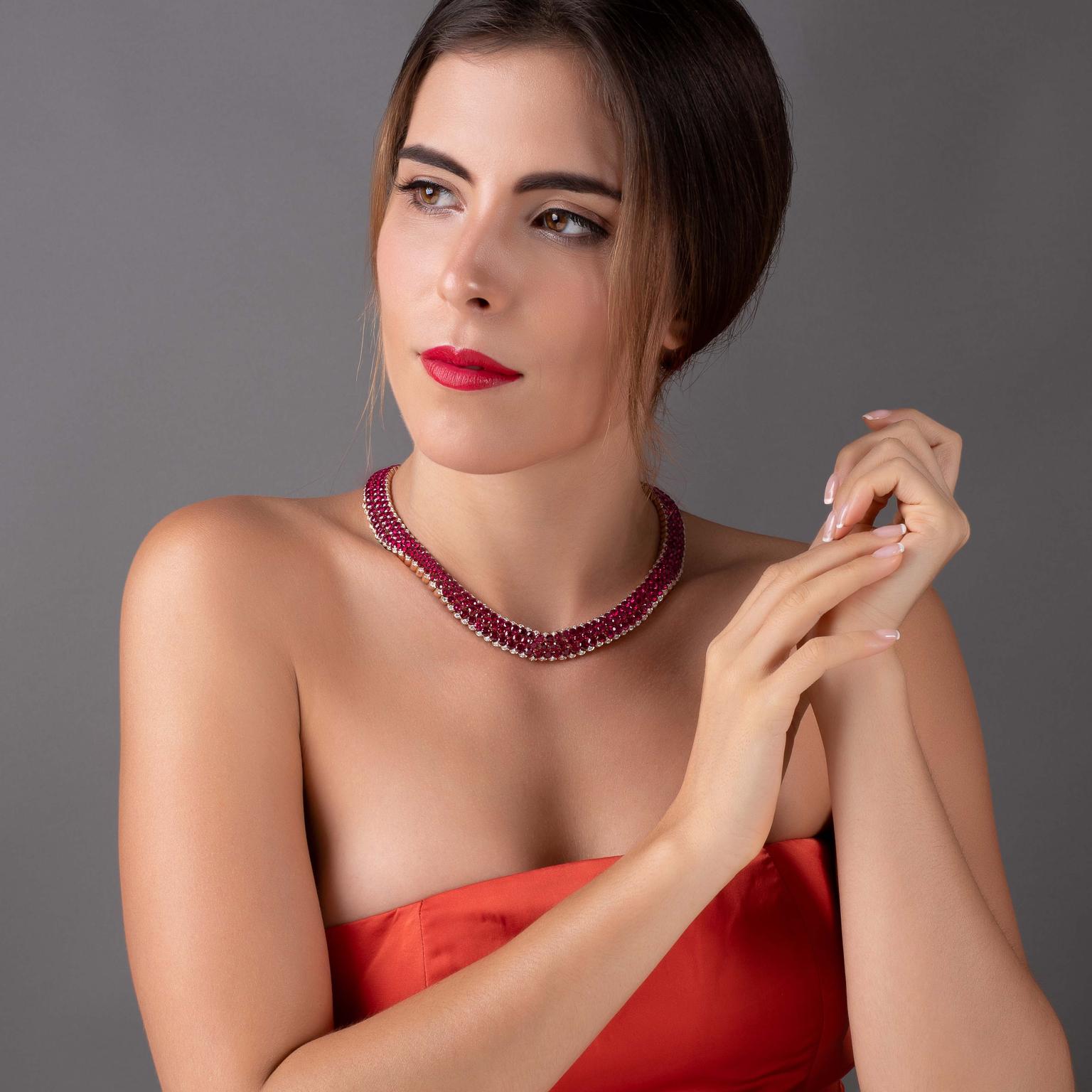 The Una collection by Stenzhorn shows beautiful gemstones in the best possible light that drape onto the body with the softness of silk. A fitting statement from a house known for its advanced setting techniques combined with confident and clean designs. Over the past four decades Stenzhorn has quietly made a name for itself as the go-to place for sophisticated high-end jewels with often very little of the settings visible.  The Una jewels descend from a long line of jewels, each of which is an engineering feat dedicated to creating an illusion of pure colour, unencumbered by precious metals. The techniques on their own are impressive with their networks of hidden channels and claws into which the stones is placed, invisibly secured thanks to grooves on the underside of each stone.  And when combined with a flair for bold design, stones and metal become ribbons of light that skim across the body.

Jewellery experts will have spotted that Una uses invisibly-set round-cut stones which is one of the trickiest techniques to master and developed by the house since 1985. While invisible settings usually employ straight-sided stones that slide into rails hidden by the table - or top part - of the stone, setting round-cuts requires a different solution. The stones are grooved well below their widest part and using pressure, secured into round bezel mounts. Each of these tubes is a separate unit that is screwed to its neighbour to create a flexible honeycomb golden mesh that you can curl up into one hand. The masterpieces of this challenging technique are the diamond and ruby  necklaces (above and top).

The zeal to master ever more challenging gem-settings is the work of Klaus Stenzhorn (below). An unlikely career change from sailor on board a round-the-world cruise ship to jeweller, brought Klaus into a brand new world that he looked at with the eyes of an outsider. He is known to shut himself away for weeks on end with a master setter to create ingenious new setting techniques with which to challenge his team.  A pursuit suited to a Germanic mind-set seeking perfection and precision.

Klaus Stenzhorn says of the anniversary: ‘Forty years of Stenzhorn is for me in a way unbelievable as it was a constant uphill battle and hard work. I always look for the next level in quality and design and this does not come easy. There are moments when you question yourself if you should take a short cut for fast business or stick to what you know best and in the end I always stuck to my own rules quality before quantity and over the years we got better in the design and our customers see and feel that. So forty years in business and being where we are today makes me happy and I’m proud of my team as it is them who do the work.’

The perfect foil to the behind-the-scenes mechanics of Klaus, is the designer Cecile Amaud, who weaves delightful narratives into the collections. Una comes from the Latin ‘uno’ meaning union and the collection is about the powerful attraction of opposites and how even the briefest of encounters can change our worlds forever. The inspiration behind Una, came from the theory that the earth once had not one, but two moons. The smaller moon was inevitably drawn into the gravitational field of the larger orb and a slow collision resulted in a fusion of the two. Like a wave crashing into a cliff, the sun melting into the sea at dusk over or the first kiss, a moment of union can last forever or disappear in a blink of the eye.

The tension of opposites is expressed by using the contrasting shapes of  round and baguette diamonds. The round stones bubble into clusters around the strong symmetry of more masculine baguette-cut diamonds. United as one in the jewels, the fusion is further emphasised by a knot at the centre of each jewel.  Embodying the design and production principles of this stalwart German firm, the Una is a tribute to forty years of pursuing perfection with a poetic touch. As for the next setting innovation from Stenzhorn, Klaus has the final word: ‘We will not slow down as we look forward for the ‘next new’ setting... we have something in mind already.’ 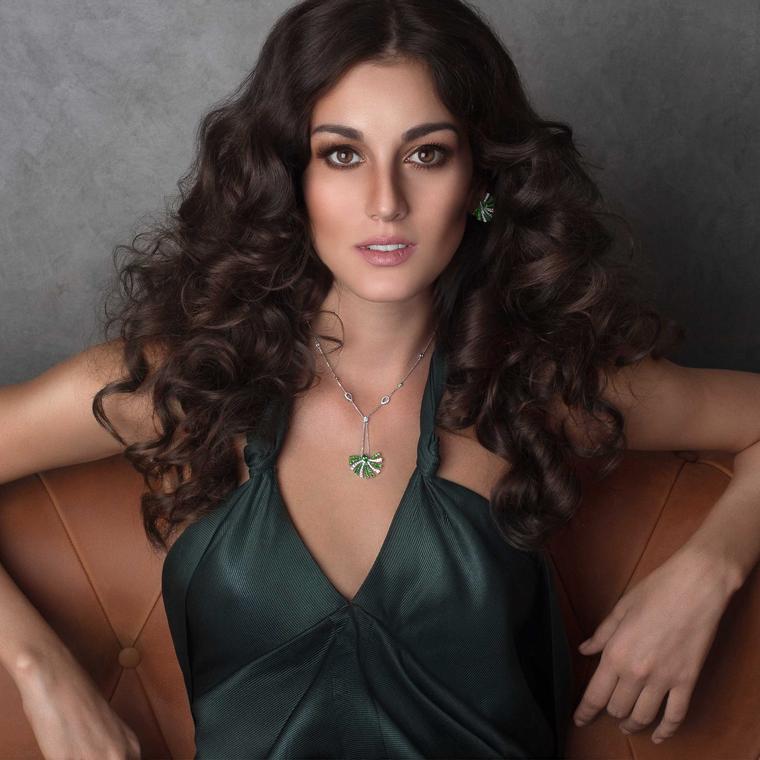 The art of Persuasion by Stenzhorn 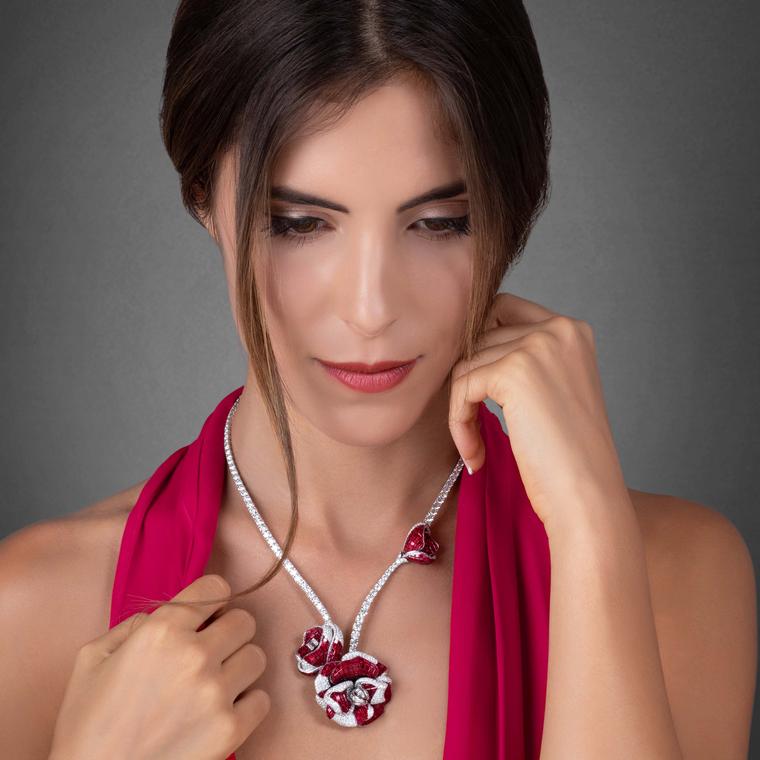 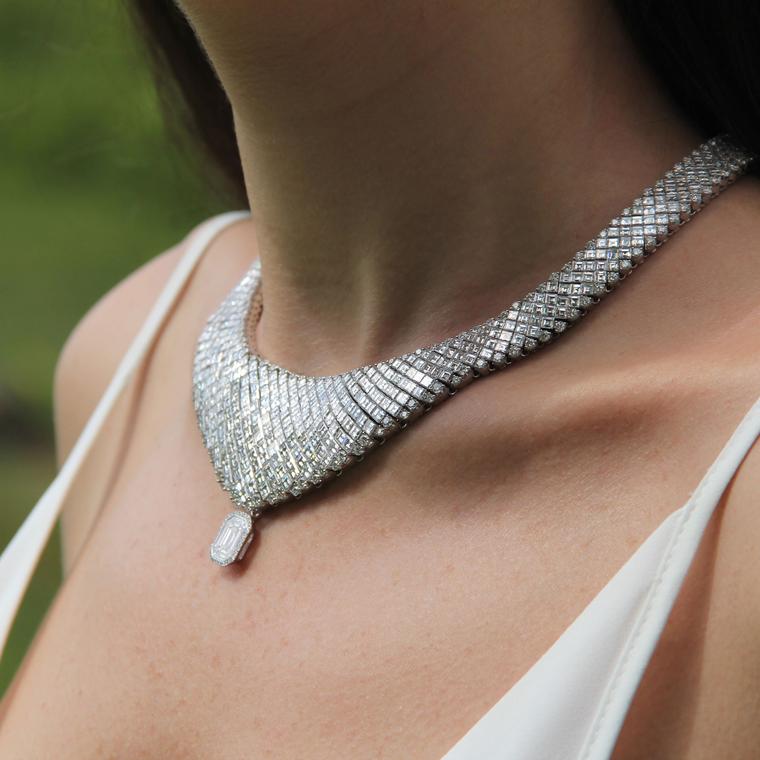 Stenzhorn weaves myths and magic into its high jewels