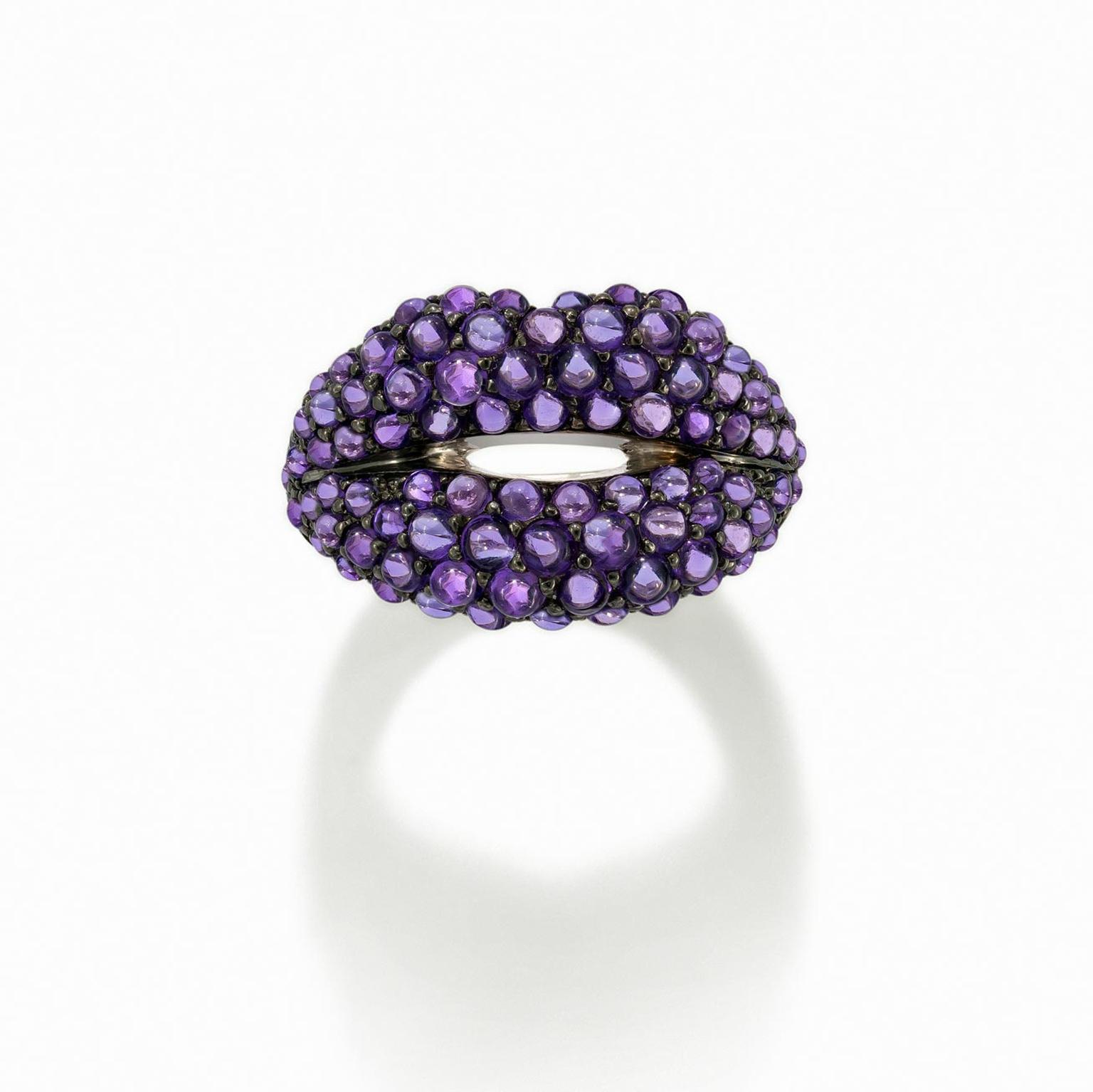 The best luxury accessories have a way of passing a silent message to those in the know. With Anya Hindmarch, her speed camera logo will bring your handbag collection zooming up to date, but with a piece of iconic Solange Azagury-Partridge jewellery, it lets your peers know you have a healthy sense of humour.

Within each design is a witty subtext, providing you know how to read it. The Ballcrusher ring speaks for itself. Gold claws with elegantly tipped laquer nails extend upwards to hold a pearl in a vice-like grip, which may give some men the chills. But they can answer back with a sandblasted blackened gold Heart of Darkness pendant from her debut collection for men, Alpha, which launched last year. Rather than the simple heart shape we are accustomed to seeing strung onto a million other chains, Azagury-Partridge’s offering has open-ended aorta and bulging veins.

Other humorous designs within the Alpha line include the jeweller’s twist on a traditional Mum ring, the suggestive Bone ring, a Ball and Chain set of cufflinks, and a pendant made up of a downward-pointing bullet with two perfectly placed hand grenades on either side to create the Family Jewels. In an ingenious twist, the rustic, manly finish of the gold will naturally wear away over time to reveal the warmer tones of yellow gold underneath.

Within the women’s range of luxury jewellery, the Fringe collection offers another opportunity for Solange Azagury-Partridge to flex her comic muscles. Taking the simple theme of chain fringing, the jeweller uses it to create chandelier earrings that look just like chandeliers, necklaces that mimic beaded evening bags, and rings that can be flipped over to create a side sweep slick enough to make an Emo cry.

Sometimes the joke can be all in the title of the jewel, such as her pair of Lone Star earrings that are anything but lone, but with other creations, the fun of wearing it is all about the aesthetics. This is certainly true of her most iconic design, the Hot Lips ring. While we very much enjoy the name here, the visual statement made by this Pop Art-inspired beauty and its fashion shoot-ready slicks of colourful enamel, or studs of gemstones, is enough to make anyone smile. 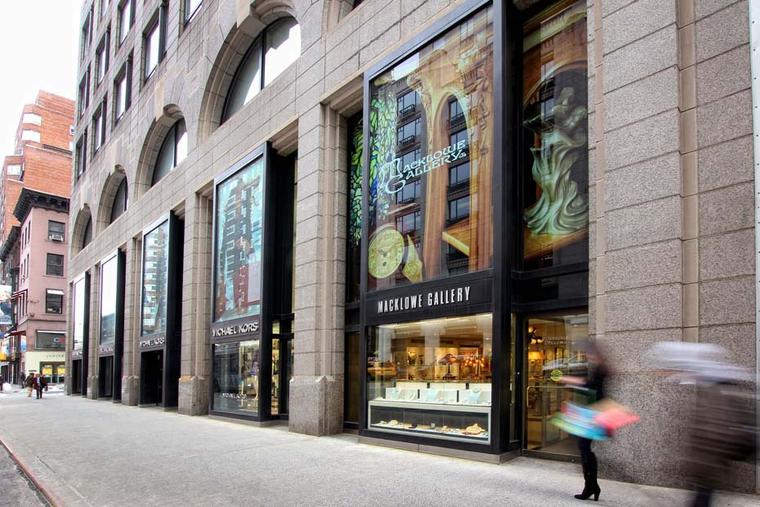 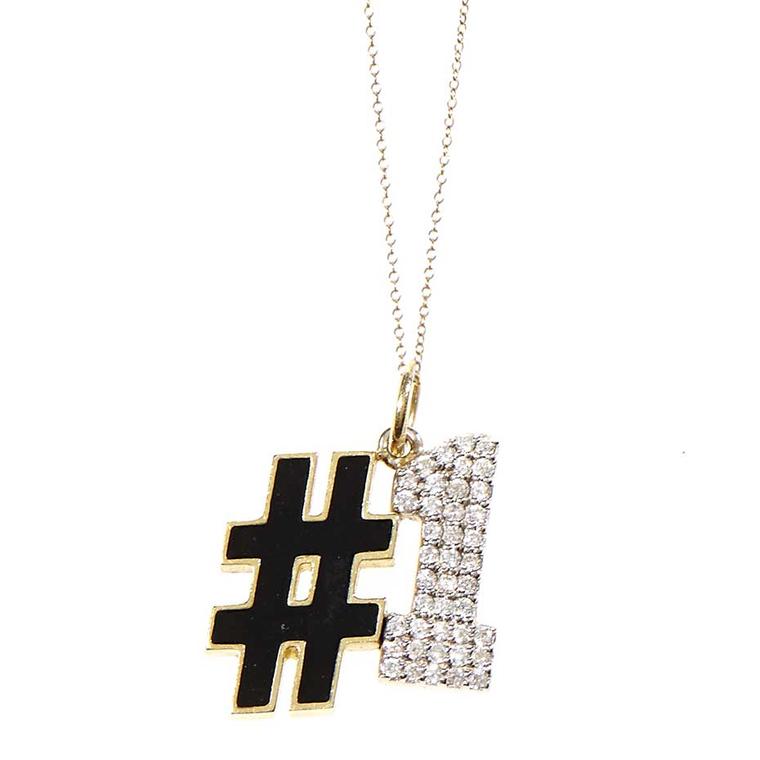 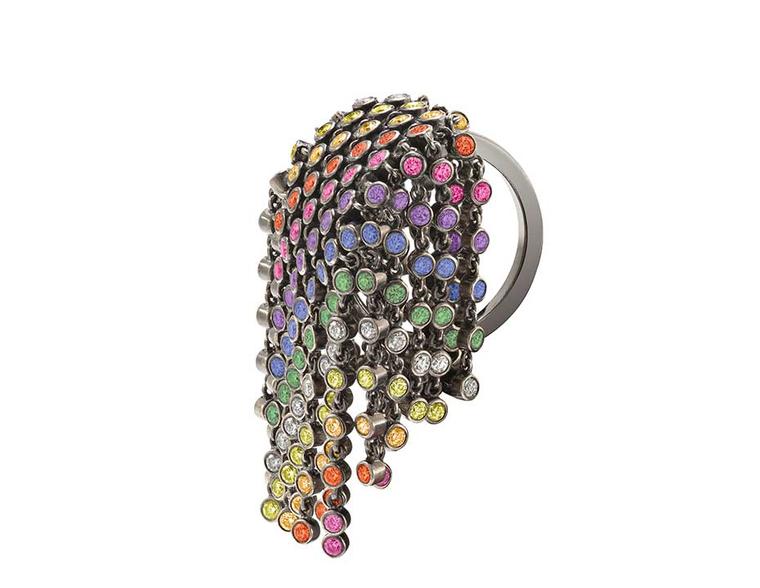 Rainbow jewels: cascades of colour in one of the most covetable jewellery trends of the season