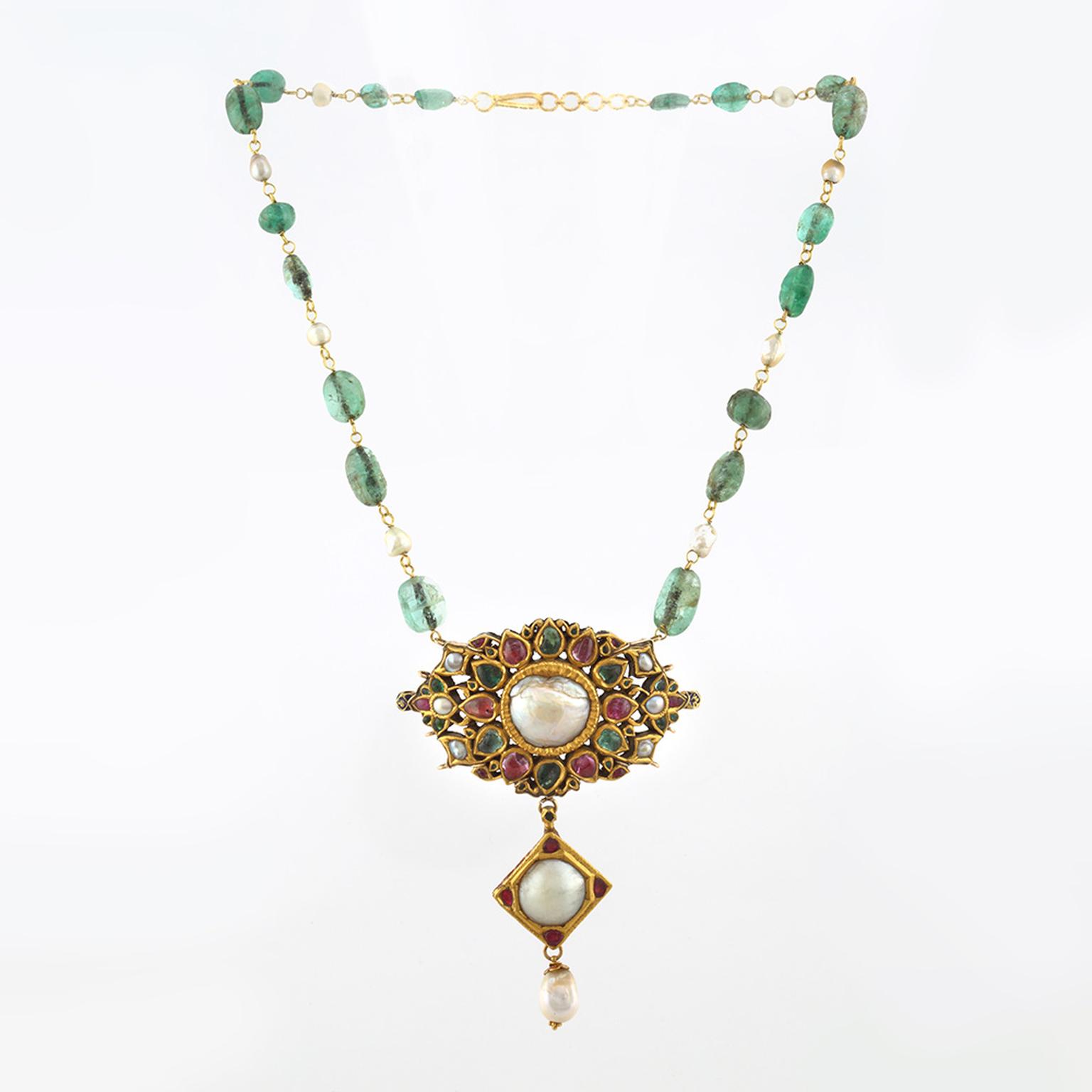 Saffronart, India's leading auction house for fine art and collectibles has dedicated the entire month of April to 'Treasures of the Past', a showcase of centuries-old miniature paintings, antiquities and period jewellery.

At the Saffronart gallery at the Oberoi Hotel in New Delhi, around 30 pieces of exquisite handcrafted Indian period jewellery are on display until the end of April. Highlighting the intricate design work and skilled craftsmanship that typifies Indian jewels and differs from region to region, it's a majestic display that will delight anyone with an interest in handcrafted Indian jewellery of the highest order.

The country has a 5,000-year legacy of jewellery making, and its cultural significance is greater than anywhere else in the world. Classical techniques such as jadau, kundan and meenakari all feature in the exhibition, together with a stunning array of gemstones traditionally used in Indian jewellery, including diamonds, rubies and emeralds.

Highlights of the show include several jewels that were originally part of Royal collections, including an emerald, diamond and pearl pendant that features a cabochon-cut emerald weighing approximately 25ct, surrounded by rose-cut diamonds. An amazing emerald bead necklace is an intricate delight, set with faceted spinels and emeralds, edged with seed pearls and a fringe of matching emerald beads.

The most magnificent jewel of them all, however, is the mid 20th-century pearl, emerald and ruby pendant, above. The colours are so fresh - muted pink rather than red rubies and spring-green emeralds - compared to the deep hues most often seen in period Indian jewellery.