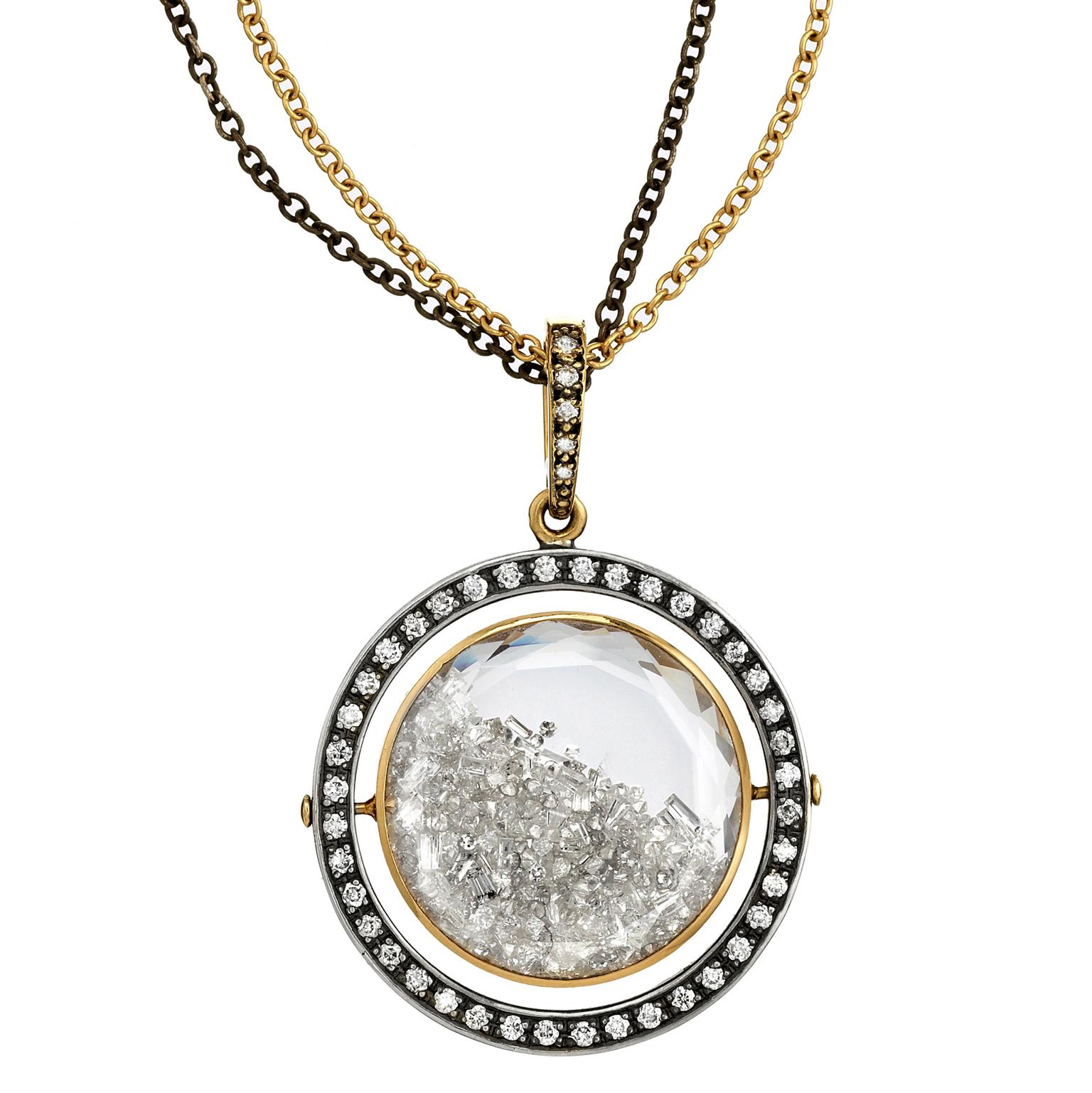 New York-based jewellery designer Moritz Glik has always been a creative soul, and his initial foray into the world of design was actually as a shoe designer in his home country of Brazil.

“I don’t think the two trades differ much,” says Moritz, who is currently working on his new collection in Portugal, where much of his jewellery is now made. “Creativity, inspiration and fashion are behind both of them, but while the shoe industry has to be very focused on trends, jewellery is about creating pieces that will become family heirlooms to be passed onto the next generation.”

In 1991, after becoming fascinated by a jewellery workshop next door to his studio, Glik swapped the security of home and a well-established career in shoes for the thrill of the unknown in New York City where he reinvented himself as a jewellery designer. Like most designers, Glik is a sponge - soaking up inspiration wherever he goes. “I love to watch people on the streets and in the subways, it’s very inspiring to me,” he says, reeling off museums, architecture, antiques, furniture and travel as some of his other muses. “Being a chocoholic, last year I created a texture that was inspired by a chocolate bar, and a few months ago I was in a restaurant and saw this mirror in the bathroom and was immediately struck by a conception for my new collection.”

While his references are wide-ranging and diverse, Glik has developed a strong signature style that he refers to as Kaleidoscope. The method includes trapping loose diamonds and coloured gemstones within sapphire crystal cases, which allow the stones to move around freely. These cases are then incorporated into jewellery designs. “The concept was inspired by a clear lucite box that I used to store diamonds in my safe,” says Glik. “Every day I would take it out and the gems would roll around inside, and one day I thought that the concept of loose gems inside a clear box would make a nice piece of diamond jewellery.”

The experiment was a successful one and the concept is now translated across a wide range of diamond jewellery, which Glik says attracts independent career women “with a strong sense of style who are not afraid to take a risk”. 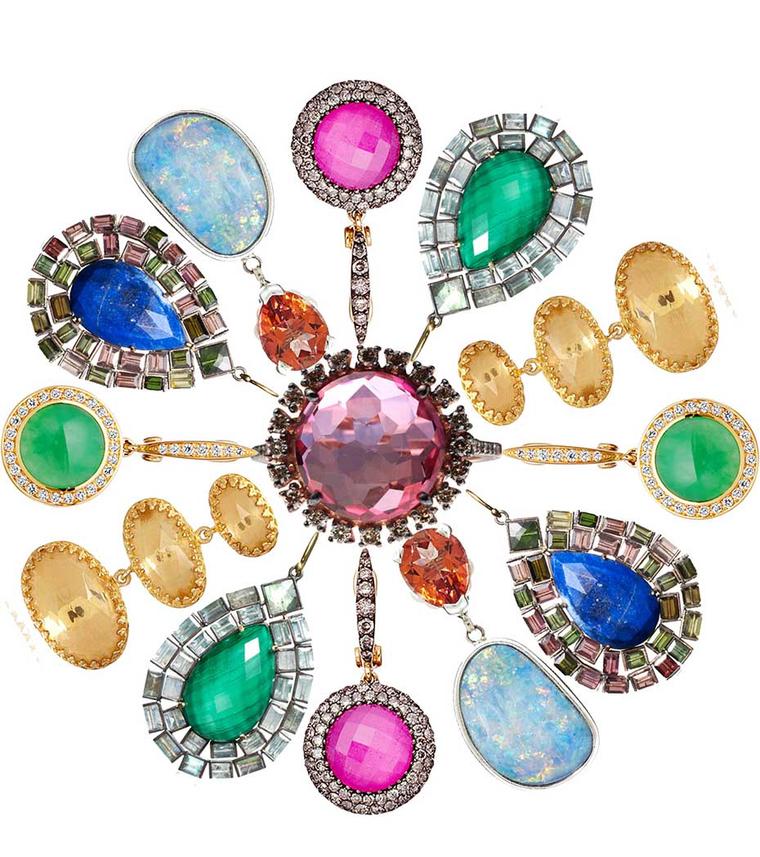 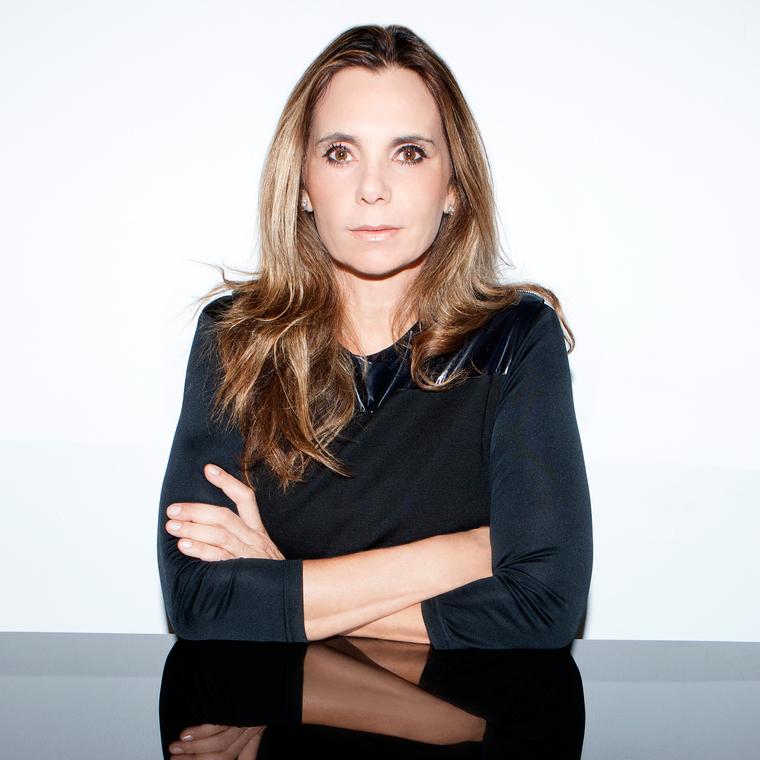 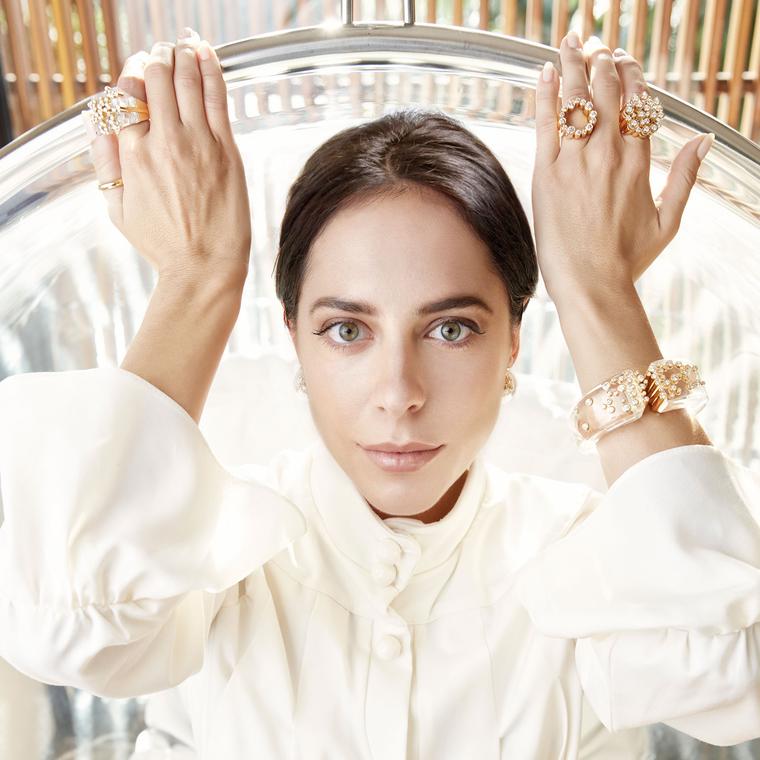