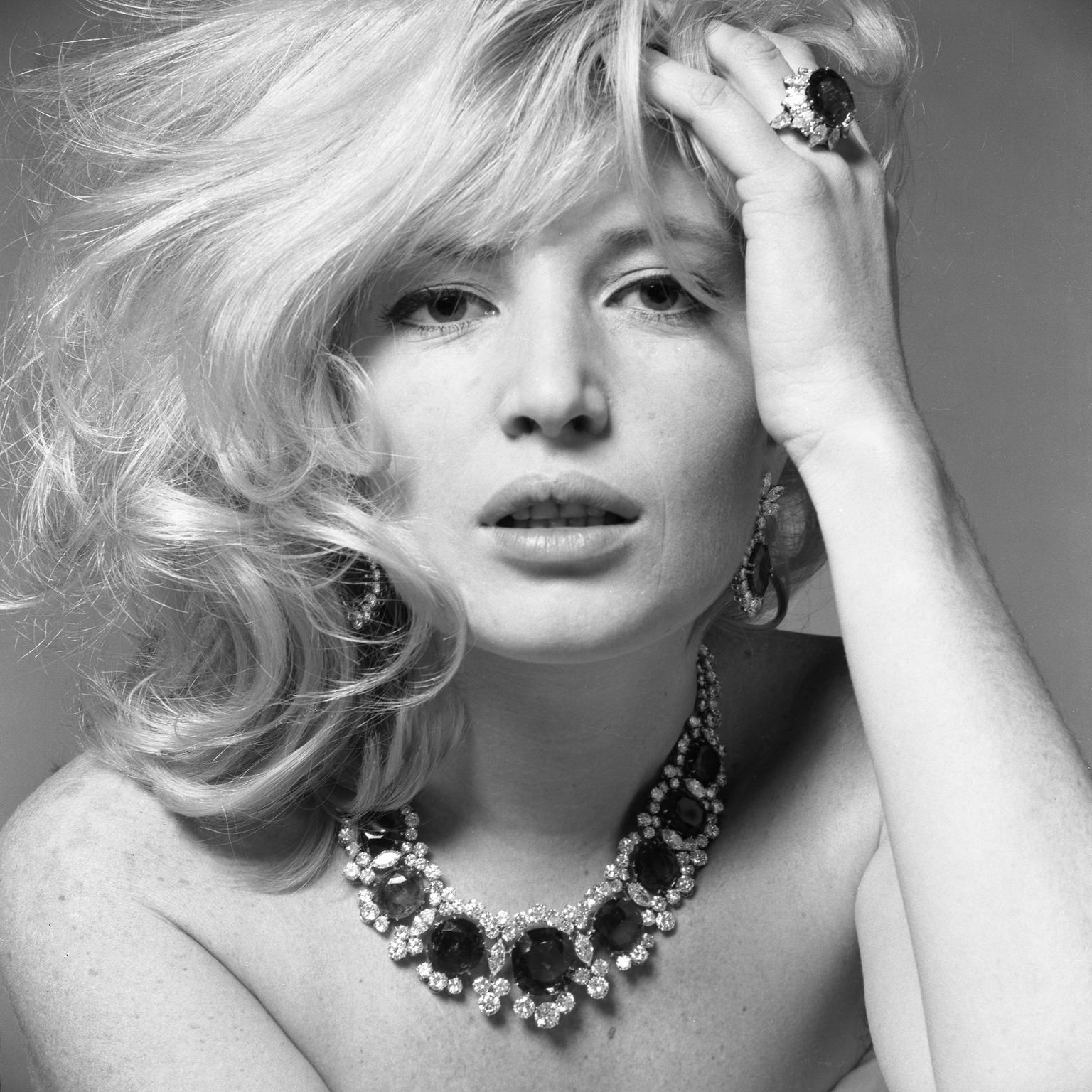 Just say the name Bulgari and images come to mind of voluptuous, sexy women shimmering in cascades of colourful cabochon-cut sapphires. Elizabeth Taylor, Anita Ekberg, Gina Lollobrigida, Ingrid Bergman, Sofia Loren, Naomi Campbell and Jessica Chastain are just some of the leading ladies who are drawn to Bulgari because the jewels are just so, how should I put it: sensuous? Juicy big stones bursting with colour, thick gold chokers set with ancient Roman coins and golden serpents make for jewels that exude a lust for life and fun and appeal to women with strong personalities.

Origins of the house and its name

Founded in 1884, Sotirio Boulgaris (1858-1932) was the son of a family of Greek silversmiths. Sotirio emigrated to Italy, where he shortened his surname to Bulgari. Following a robbery at his Naples store, he found himself with 80 cents in his pocket and selling silver objects from a stall in front of the French Academy in Rome. Lack of a licence soon stopped him from trading, but he secured a corner to display his wares in the window of a Greek sponge merchant. By 1900, he had set up his first shop selling silver, antiques, jewels, bric-a-brac and “curiosities” at 28 via dei Condotti.

Prospering and expanding, his two sons took over and, in 1905, moved to the now famous 10 via dei Condotti shop, gaining prominence in their role as purveyors of fine jewellery against a backdrop of antique silver. Sotirio’s grandsons Gianni, Paolo and Nicola nurtured the fame and strong style of the house, which delighted the dolce vita crowd and subsequent incarnations of the ‘beautiful people’ du jour. Today, the house belongs to the LVMH Group, which also owns TAG Heuer, Dior and Chaumet.

What is the Bulgari style and when did it emerge?

Italy’s post-war revival was thanks to its design prowess, and nowhere was this more evident than in Bulgari’s jewels. Although Bulgari had been making jewels since the 1920s, the style that we know today comes predominantly from the 1950s and 60s when Paolo, Gianni and Nicola Bulgari ran the business out of their one shop by the Spanish Steps and personally oversaw the design studio.

The three handsome brothers, who embodied the epitome of Italian elegance, ushered in a new style of jewels. Bold combinations of coloured stones, cabochon-shaped gems, daring volumes and smooth, simple shapes offered an exciting and exotic new choice in a time when Paris and more traditional designs dominated the market. This brave new look was soon recognised as the Bulgari style.

Selecting gemstones for their colour rather than merely their value, Bulgari jewellery was a welcome break from the dominance of diamonds, rubies, emeralds and sapphires. It also offered the chance to mix precious and semi-precious stones, usually set into yellow gold for arresting new combinations. Think crisp blue turquoise beads alongside glossy purple amethysts and deep-green Colombian emeralds.

“The dolce vita years in the 1950s were one of the best times for Bulgari as it was then that it became so popular,” explains Lucia Silvestri, Creative Director of Bulgari, who has been with the house since she was 18. “From the beginning, Bulgari was very revolutionary in its use of cabochon stones. People were attracted to the exciting new way of audaciously mixing colours, combining precious stones with ornamental hard stones. And, of course, the size of the jewels. They were big and bold, like contemporary art. Andy Warhol would stop by the shop when he visited Rome because he considered it to be the best exhibition of contemporary art.”

What are Bulgari’s design icons?

The Serpenti is one of Bulgari’s most recognisable designs. It dates back to the 1940s when the designers at Bulgari decided to insert a watch into the fashionable snake bracelets of the Art Deco period. Presented on an ergonomic gold Tubogas bracelet, the Serpenti watch signaled the advent of Bulgari’s successful watch adventure.

Today, the Serpenti is the most recognisable motif at Bulgari for both its watches and jewellery. The coils of the serpent are so flexible that they can be wound around the wrist with ease or articulated to drape sensuously around the neck.

Coins or Monete is another Bulgari icon that started life in the 1960s. Nicola Bulgari, an avid coin collector, decided to set ancient Roman currency into jewels, and so the Monete was born. Often featuring thick gold chains, the Monete jewels are a Bulgari staple and best reflect the house’s strong links to the city.

In the 1970s, the Parentesi brought a stylish simplicity to fine jewels with its soft, clean lines made up of repeated curves, interlinked for flexibility. More recently, unveiled in 2000, the BZero1 has already made its mark in the history of iconic jewellery designs. Inspired by the Colosseum in Rome, the stark lines of the collection are striking in gold or embellished with marble and other hard stones.

Bulgari’s latest one-off jewel is the Spanish Steps necklace, created to mark the house’s restoration of the Roman landmark. “When I was young I always thought that the flowers that grew on the steps made it look like a colourful necklace,” explains Silvestri of the bright hues of the piece.

Why is colour so key to the Bulgari look?

Bulgari was amongst the first jewellers in the 1950s to use colour in a daring new way, choosing gems for their chromatic effect rather than for their value alone, which opened up a whole new and exciting palette of colours. Sapphire is the stone most associated with the house, but the jewels reflect a rainbow of hues.

Watching Lucia Silvestri in the design studio on the top floor of the Bulgari Palazzo, overlooking the Tiber River, is a fascinating experience. Coloured stones are at the heart of Bulgari’s creations, and dozens of them are laid out in piles on the large desk for Silvestri to mix and match to find the perfect combinations.

Once decided, the loose stones are fixed on boards with putty before moving on to the next phase in the design process. Silvestri says: “Rome is full of colour, and this is an inspiration for me. Right now, looking out of my window, I can see green, yellow, pink and light-blue buildings and doors. In Rome we like to play with colours and it shows in the way we dress. Today, I am wearing hot pink.”

Why is Bulgari sometimes spelled with a v?

Bulgari uses the Roman ‘V’ in its logo – a reminder of its strong affinity to the city and the influence it has had on its designs.

The pair met while filming Cleopatra at Cinecittà in 1962 and Bulgari was where he bought her the first of many jewels. According to Richard Burton, Bulgari was the only word Elizabeth Taylor knew in Italian. Taylor is quoted in The New York Times in 2001 as saying: "I used to get so excited, I would jump on top of him and practically make love to him in Bulgari.”

Today, Bulgari owns many of Elizabeth Taylor’s jewels bought at Christie’s auction of her estate in December 2011, including the emerald necklace and earrings given to her by Burton. Taylor often wore her own jewels in her films, which meant that many of them are as famous as the actress herself.

Gina Lollobrigida owned a large collection of Bulgari jewels. Auctioned in Geneva in 2013, Bulgari bought many of them. She was often seen wearing her spectacular 1962 emerald and diamond earrings. My favourite image of her in jewels is taken at a party where she is casually wearing the majestic emerald Seven Wonders necklace, which she did not own, while absorbed with the task of licking an ice-cream. Amongst other Bulgari jewels, she also owned a Serpenti Tubogas gold watch.

The actress Monica Vitti was also a fan and was shot with bed hair gazing at the camera wearing what appears to be nothing more than some very large jewels.  Anita Ekberg, who danced in the Trevi fountain at dawn in Federico Fellini’s La Dolce Vita, was often seen wearing Bulgari jewels, as was Ingrid Bergman, Anna Maganini, Sofia Loren and virtually every screen siren of the decade.

At the Cannes Film Festival in 2013, Jessica Chastain wore Elizabeth Taylor’s octagonal sapphire necklace, given to her by Richard Burton in 1972, and a ‘trombino’ ring, last worn by Elizabeth Taylor. Naomi Campbell, meanwhile, has been snapped with a diamond-encrusted Serpenti necklace around her neck, while Naomi Watts, Nicole Kidman, Alicia Vikander, Kate Winslet, Lady Gaga, Keira Knightley and Carla Bruni-Sarkozy are just some of the stars that have chosen Bulgari for the red carpet.