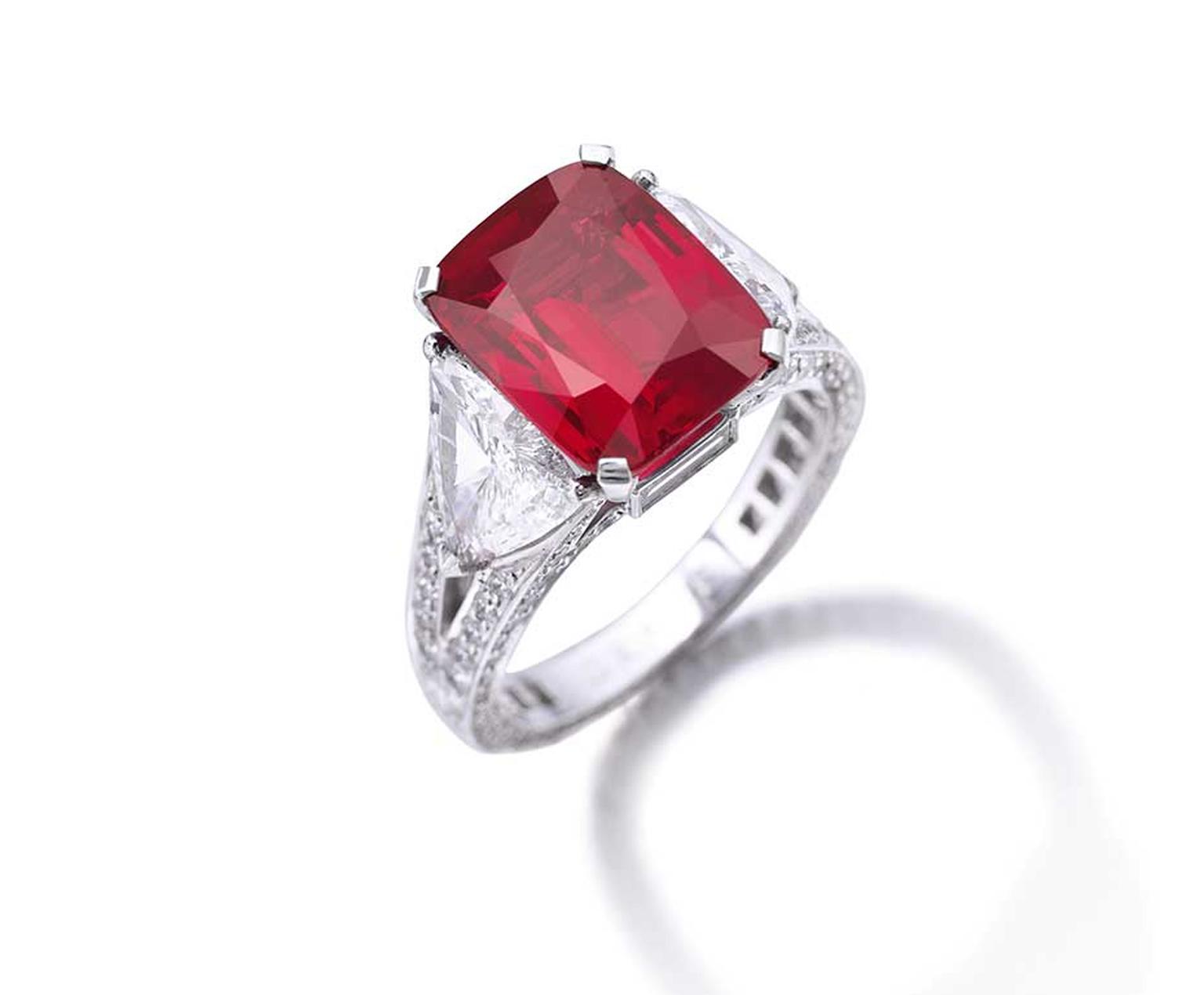 The alluring rich red of the ruby has intrigued man for centuries. Its blood red colour signified the power of life and this talismanic stone has been revered the world over, but particularly in Asia, where "the king of gemstones" was highly esteemed. European nobility favoured it for their regalia, making this stone one of the favourite precious coloured stones alongside the perennial emerald and sapphire.

Elizabeth Taylor, a lover of gems like few others, adored ruby jewellery and was given a spectacular diamond and ruby Cartier necklace, bracelet and earrings by her second husband Mike Todd. In true diva style, she opened the red box in the swimming pool while summering in the Côte d'Azur. She then paddled round, delighted in her new blood red ruby jewellery.

While there was never any question that the ruby is one of the great gemstones of our planet, in the past few years its value has risen to dizzying heights. This is due to both the increasing rarity of high-quality stones and the restrictions on trading with Myanmar, the source of some of the world's most beautiful rubies.

Evidence of their increasing worth was established when the world record for a ruby was achieved at Sotheby's in Geneva this December. The 8.62 carat "pigeon blood" red Graff Ruby ring smashed the record price per carat for a ruby, coming in at just under $1 million per carat. The jewel, once belonging to Greek financier Dimitri Mavrommatis, sold for a total of $8.6 million to its former owner Laurence Graff.

Earlier this year a Cartier ruby necklace also made waves. The Cartier Reine Makéda ruby necklace was one of the highlights of the Biennale des Antiquaires 2014. While traditionally the deeper red "pigeon blood" colour associated with Burmese rubies is the most prized, at the heart of the Reine Makéda necklace is a 15.00 carat Mozambique ruby with an alluring bright pink hue. Expect to see more African rubies with pinker hues as miners like Gemfields offer new sources of high-quality rubies.

Graff Diamonds set 54.10 carats of pigeon blood rubies into the Nuage Necklace alongside almost 60.00 carats of diamonds, while other notable ruby jewels from 2014 include a €4 million Orlov diamond and ruby bracelet.  From India, The House of Rose presented a magnificent carved ruby strung on ruby beads to create a necklace fit for a Maharajah.

Atelier Zobel of Germany shows us the mystery of a ruby by exposing the ripples of red layers found in a rough ruby disc and combines it with organic gold and silver forms and green and pink diamonds.

Watches have also been adorned with rubies and two of DeLaneau's creations show different ways to incorporate them into horology. Bursting with colour, 214 cabochon-cut rubies form a scintillating bracelet for the Grace Rubies watch. Another, the DeLaneau Rondo Ruby Heart watch, has a slice of ruby on the dial, exposing the raw beauty of this stone.

So keep your eye out for more spectacular ruby jewellery as it will continue to be one of the stars of the jewellery world in 2015. 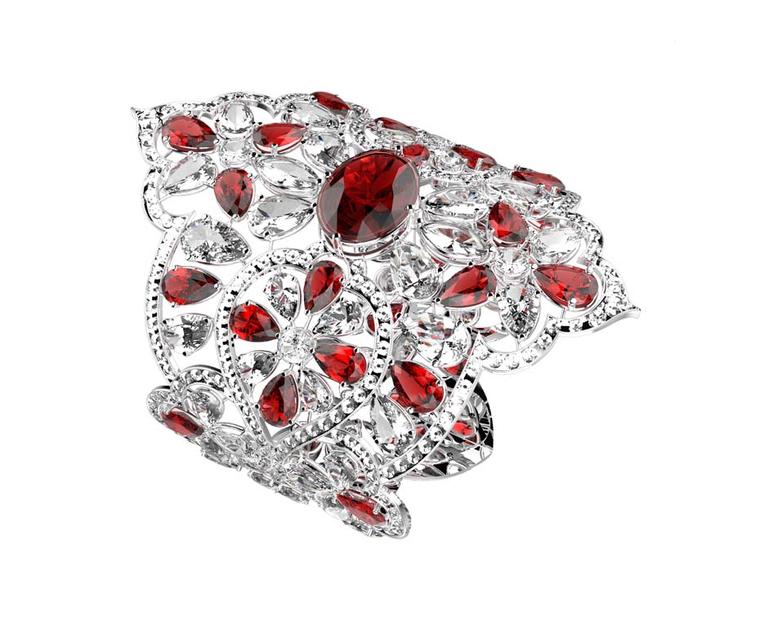 Orlov jewellery: €4 million ruby and diamond bracelet is the star of Monte Carlo showcase this summer