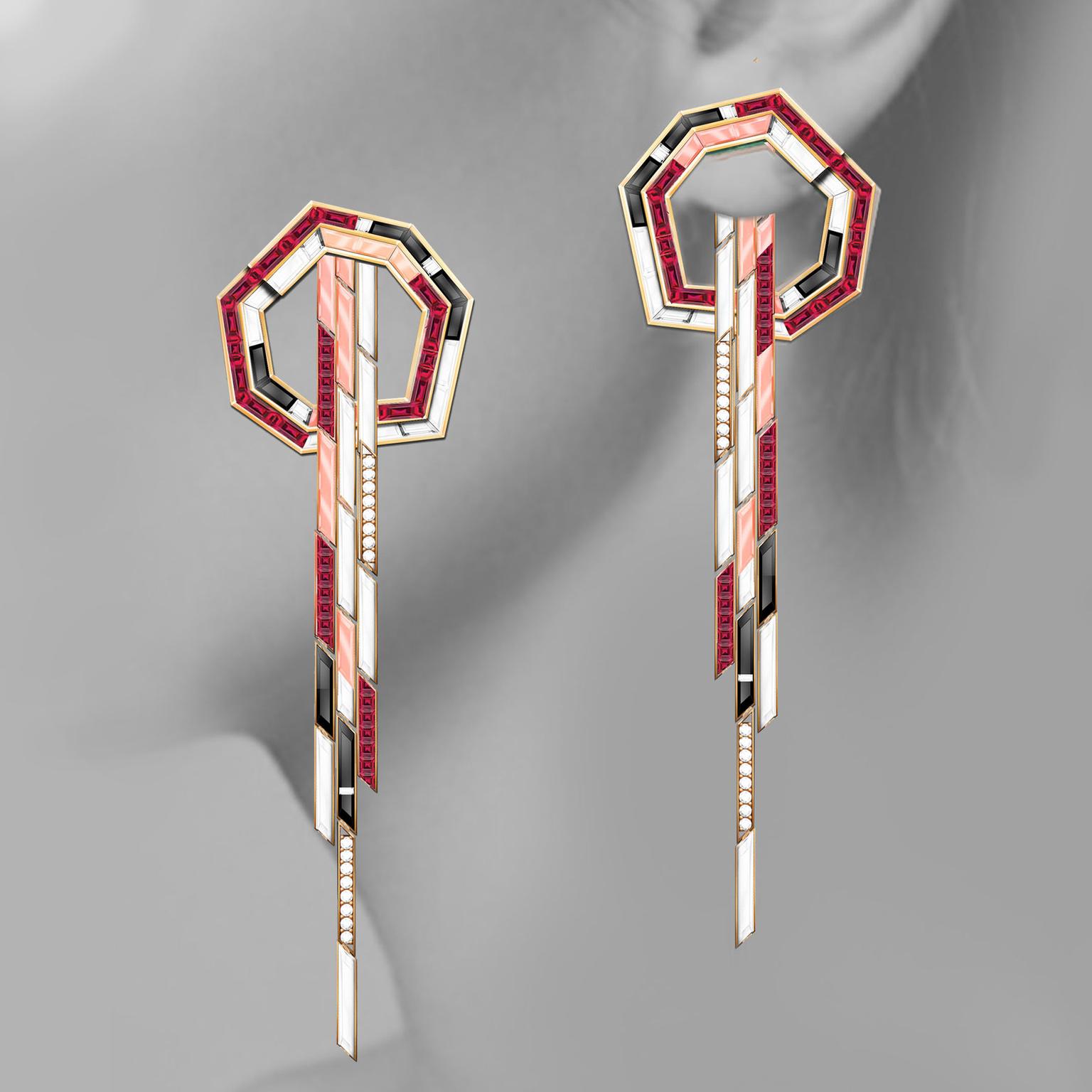 Imagination. Innovation. Craftsmanship. These words sum up what sets Couture Show Las Vegas apart from all other jewelry shows, and are the reason it attracts the most talented designers from around the world to show off their latest creations in Las Vegas.

The pinnacle of the week is always the Couture Design Awards, dubbed by many as the jewelry Oscars, and this year a truly global array of designers - from Lebanon to London and from Bangkok to Brazil - were honored with prizes.

I felt extremely honored to be asked to be one of this year's judges, alongside designer Arun Bohra of Arunashi - a previous Couture award winner himself; Adam Glassman of O Magazine; and esteemed retailers Soraya Cayen and John Green.

"Imagination, innovation, craftsmanship" indeed became our mantra during a marathon judging session on Saturday morning. We took our time to carefully examine every piece and were repeatedly stunned by the creativity and expertise the designers showed in their use of unconventional materials, multiple ways to wear a piece, and plain old originality in crafting the world's most challenging raw materials, precious metals and gems.

Two and half hours of study and debate later and we had finally selected our winners. A full list is below but among my favorites were several return victors. Brazilian designer Silvia Furmanovich once again took home the Innovation prize - this year for her extraordinary trompe l'oeil bracelet, a marriage of colored gems and expertly crafted marquetry of tropical woods from her home country.

Tomasz Donocik, a Rock Vault graduate and London-based designer, also took home a prize for the second consecutive year. He won Colored Gemstones under $20,000 for the modern, convertible earrings from his new Stellar collection, in a pink-but-not-girly combination of rubies, white agate, pink opal and hematite.

His mentor, Stephen Webster, won the prize for Diamonds over $20,000 for his magnificent high jewelry Magnipheasant collar, which features more than 2,200 pavé diamonds. The piece centers on a 15.09ct white diamond, which can be exchanged for a more subtle, but equally stunning, feather motif.

For Colored Gemstones over $20,000, the prize went to Selim Mouzannar - the Lebanese designer who created a modern interpretation of a bib necklace featuring extremely rare trapiche emeralds. It took Selim many years to collect the eight gems, which have natural cartwheel-effect inclusions. He paired them with 47 emeralds from the Muzo mines and an organic, but luxurious, fully articulated setting of gold "arms" that allows the emeralds to disperse across the décolletage like a constellation of stars.

The prize for Haute Couture went to Nikos Koulis, who once again demonstrated that his design powers are reaching new heights. Last year he took home the Bridal award for his Oui collection engagement ring in emeralds, diamonds and enamel. This year, from the same collection and using the same materials, the Greek designer gave us a very contemporary version of haute couture with a sensuous choker with long diamond tassels.

The final honor of the evening went to industry veteran Cindy Edelstein, who sadly passed away earlier this year. Cindy, who had inspired and supported many designers throughout her long career, was remembered in a video featuring many of the leading US designers including Gurhan and his wife Fiona, Coomi Bhasin, and Victor Velyan. Todd Reed presented her husband and daughter, Frank Stankus and Remy Sasha Stankus, with the annual Human Spirit award, which has been newly renamed in Cindy's honor. It was the perfect way to end a memorable night. 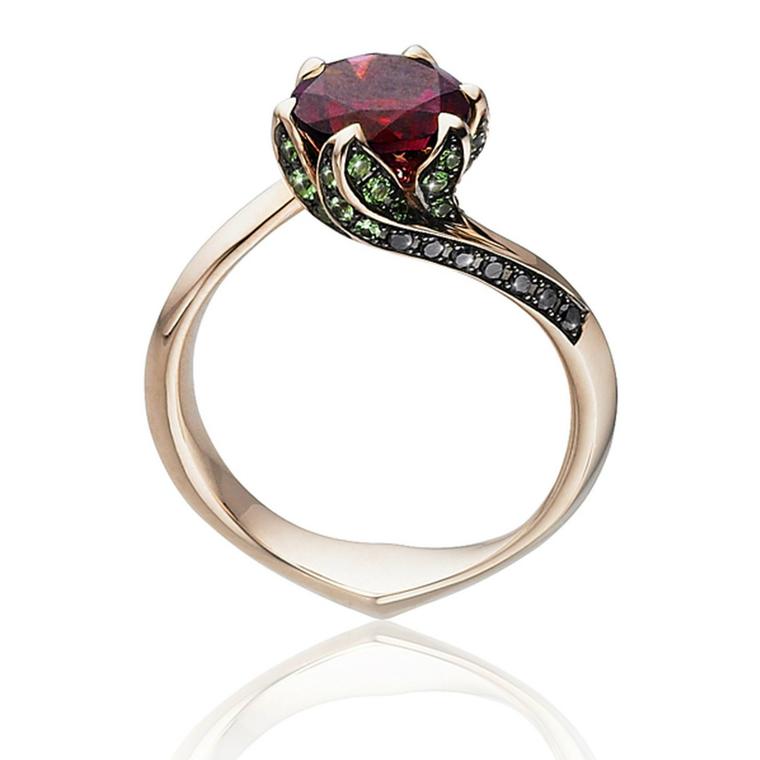 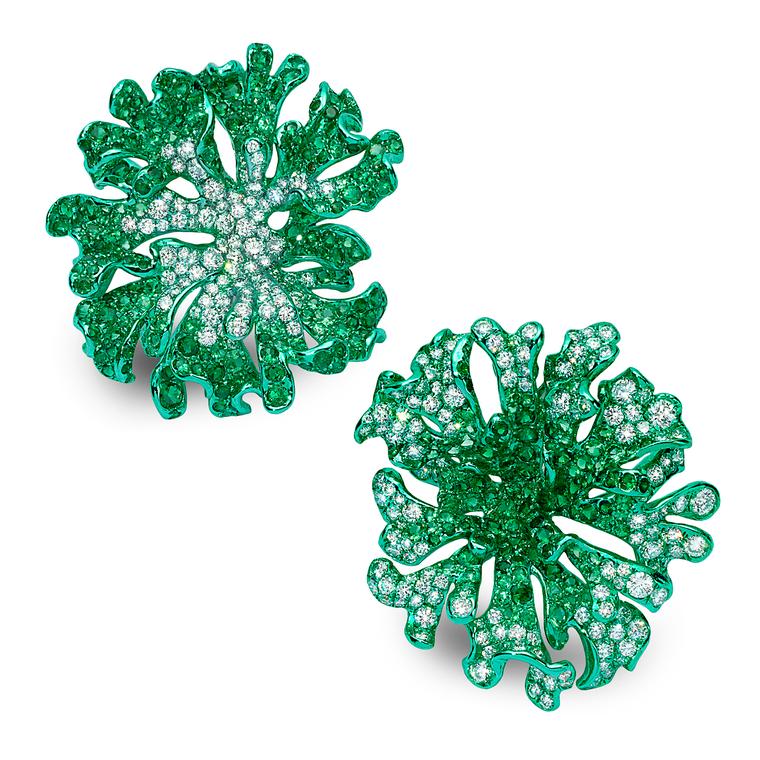 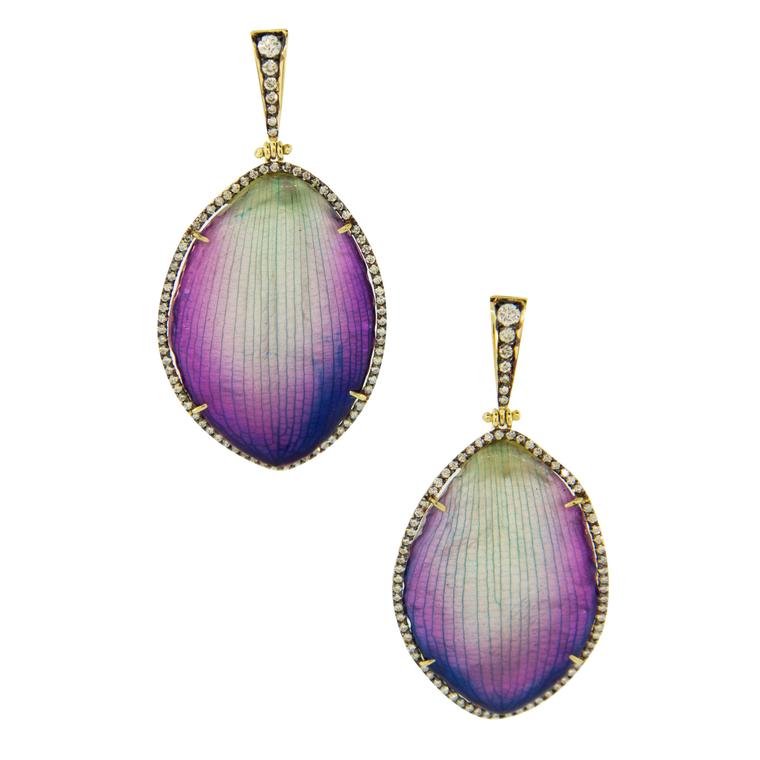