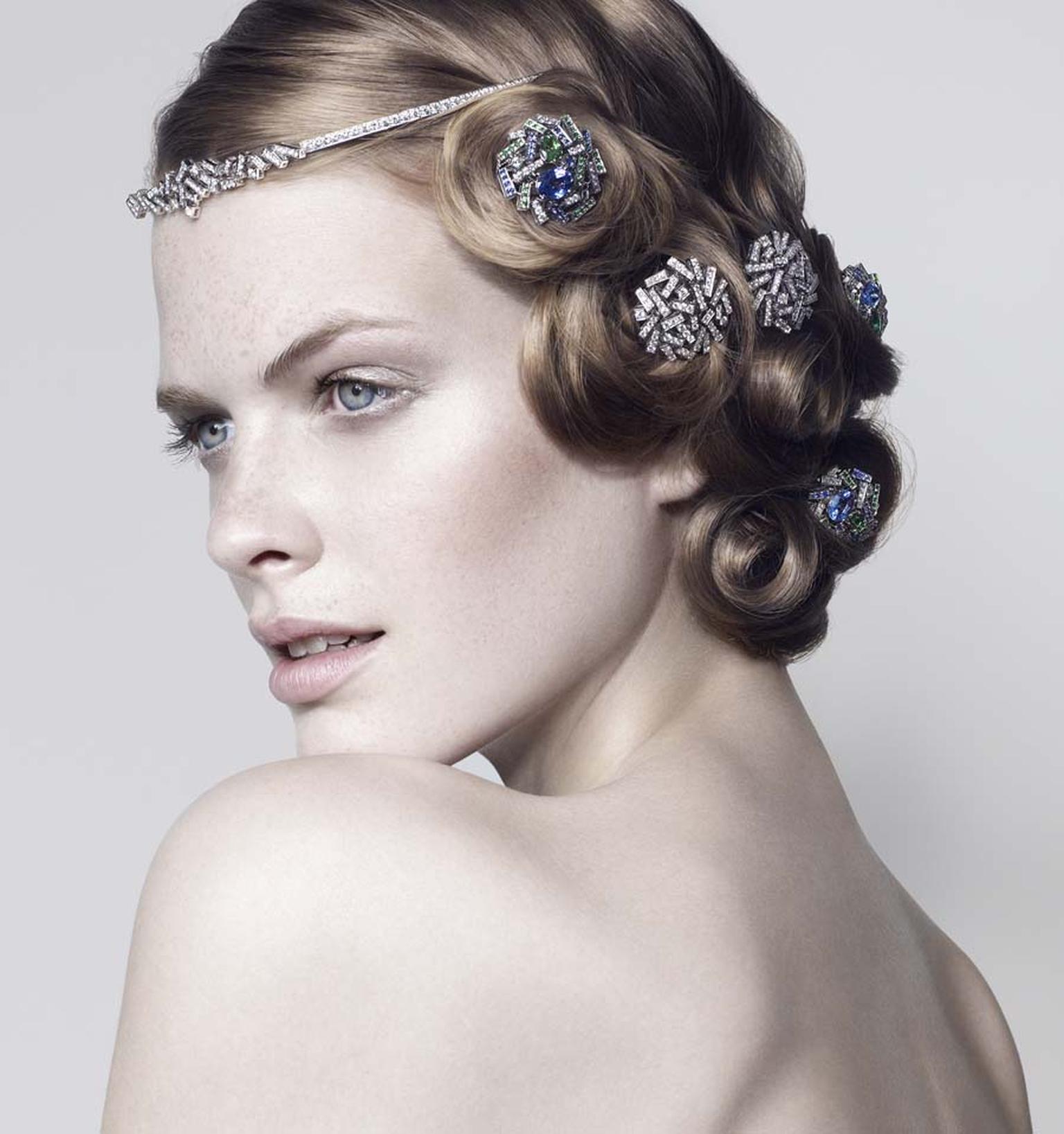 Princess Diana's heavy Spencer tiara gave her a headache on her wedding day, while Kate Middleton's antique Cartier 'Halo' tiara was on loan from the Queen, who was given it by the Queen Mother on the occasion of her 18th birthday. Like the Crown Jewels, historic tiaras are only wheeled out for the most special of occasions and, unless you're a Royal, are way too grand for a modern-day wedding.

That doesn't mean that tiaras aren't the perfect choice for your wedding day, though. Head ornaments are back in fashion in a big way, be it a contemporary tiara - minus the headache - bejewelled headband or Gatsby-esque headpiece.

Take your cue from Chaumet, which has been creating tiaras since the 19th century. Chaumet's founder, Marie-Etienne Nitot, began making "bijoux de tête" when she became the official jeweller to Napoleon. Asked to create tiaras for the feared French leader's second wife, Chaumet quickly became renowned for its headpieces. The height of its tiara making was the Belle Epoque era, but the French jeweller still takes bespoke commissions at its boutique on 12 Place Vendôme in Paris and continues to make headpieces that are as coveted by today's brides as they were hundreds of years ago.

Alongside ornate tiaras from Chaumet's recently launched 12 Place Vendôme collection are easy-to-wear headpieces. From a light-as-air Joséphine diamond tiara - inspired by the Princess Joséphine, Napoleon's first wife and a woman of exquisite taste when it came to her jewels - to bees buzzing around a golden headband, they are cute, contemporary and very chic, with not an ounce of stuffy Royal wedding about them.

Tiaras were originally made to be dismantled and converted into other jewels. This tiara from the 1800s, unofficially called the Downton Abbey tiara after Lady Mary wore it on her wedding day, is transformable. The leaves can be unclipped from the frame and worn as two brooches - the perfect answer to that pressing question, "what do I do with my tiara after my wedding day?"

Cartier's vintage-style tiara was created to be worn by Nicole Kidman in the upcoming film 'Grace of Monaco'. Kidman plays Grace Kelly, later Princess Grace of Monaco, in the movie, during which she wears five of Princess Grace's faithfully recreated Cartier jewels. A devoted client of the maison, the tiara is an exact replica of the ruby cabochon tiara presented to Kelly on the day of her wedding to Prince Rainier II in 1956. As was the fashion in the 50s, it is also transformable and can be worn as a necklace.

Mikimoto's pretty pearl tiara is one of several headpieces you can hire for your big day from the bridal salon at the Mikimoto store in Ginza, Tokyo. Getting hitched is a big event in Japan, and for those opting for a Western-style rather than traditional wedding, tiaras are just the pretty embellishment many brides are looking for. The salon is a whole floor devoted to engagement rings and bridal jewellery, and customers can make an appointment to feel like a princess for the day - or at least an hour or two - trying on different tiaras.

Even fashion royalty Vivienne Westwood has created a tiara. Modelled by Georgia May Jagger in the campaign for Westwood's new Gainsborough collection of palladium jewellery, it proves that it's quite possible to wear a tiara with lashings of rock 'n' roll attitude.

Headbands are big bridal news too. Whether it's delicately bejewelled like David Morris' floral headband or features a diamond-studded jewel, affixed to a plain black band, it's a subtle way to dress up your hair without going for the full princess effect. And returning to that subject of refashioning jewellery after your big day, the diamond embellishments on Eliane Fattal and Chaumet's headbands can be removed and worn as a brooch or necklace pendant.

Or get creative like Chaumet. Treat your headband like a mini tiara. Transform a necklace into a 1920s-style headpiece that skims the forehead. Decorate your hair with brooches. Whichever way to style it, dressing up your hair with jewels is a bridal trend that isn't going anywhere anytime soon. 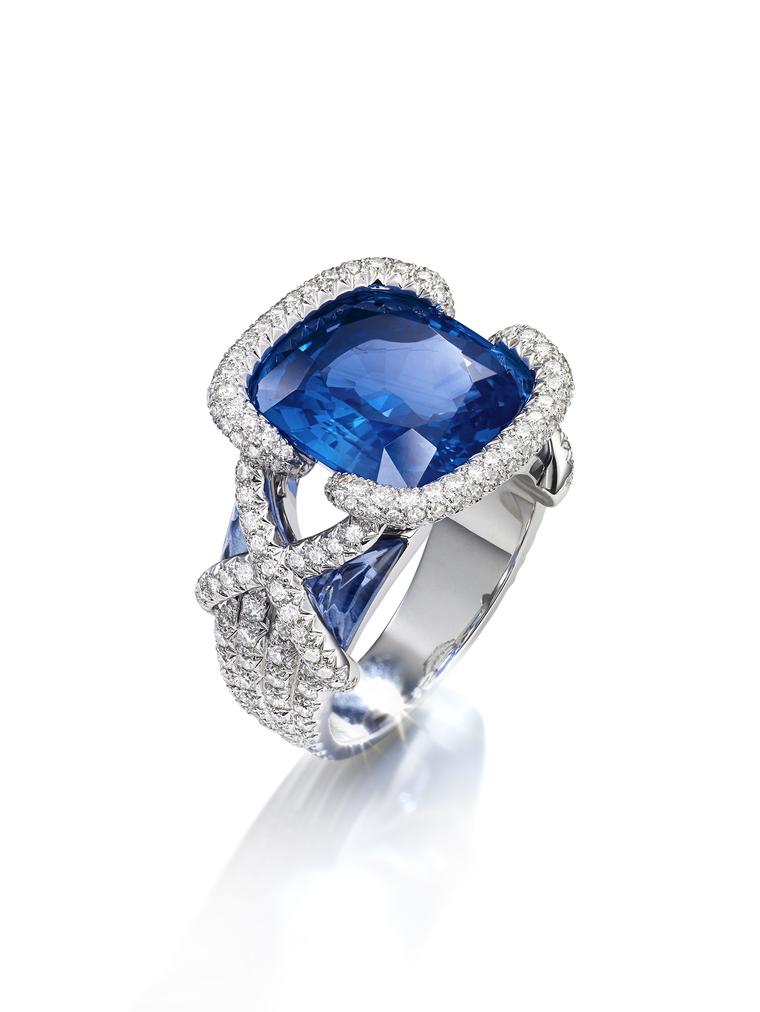 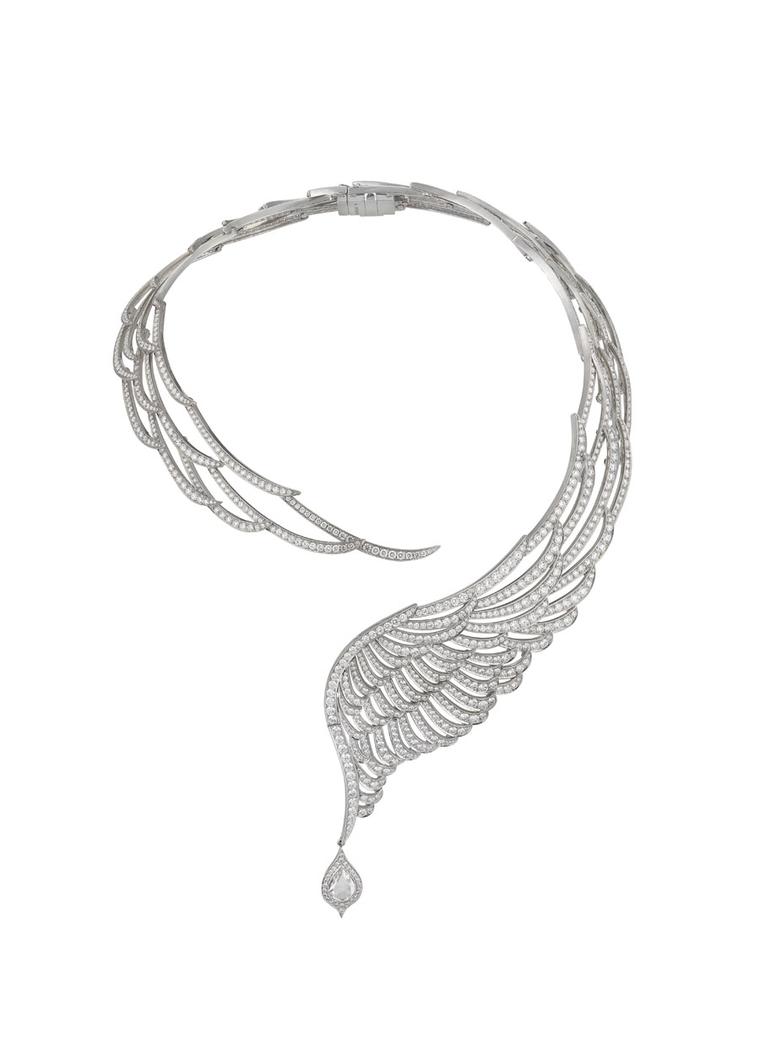