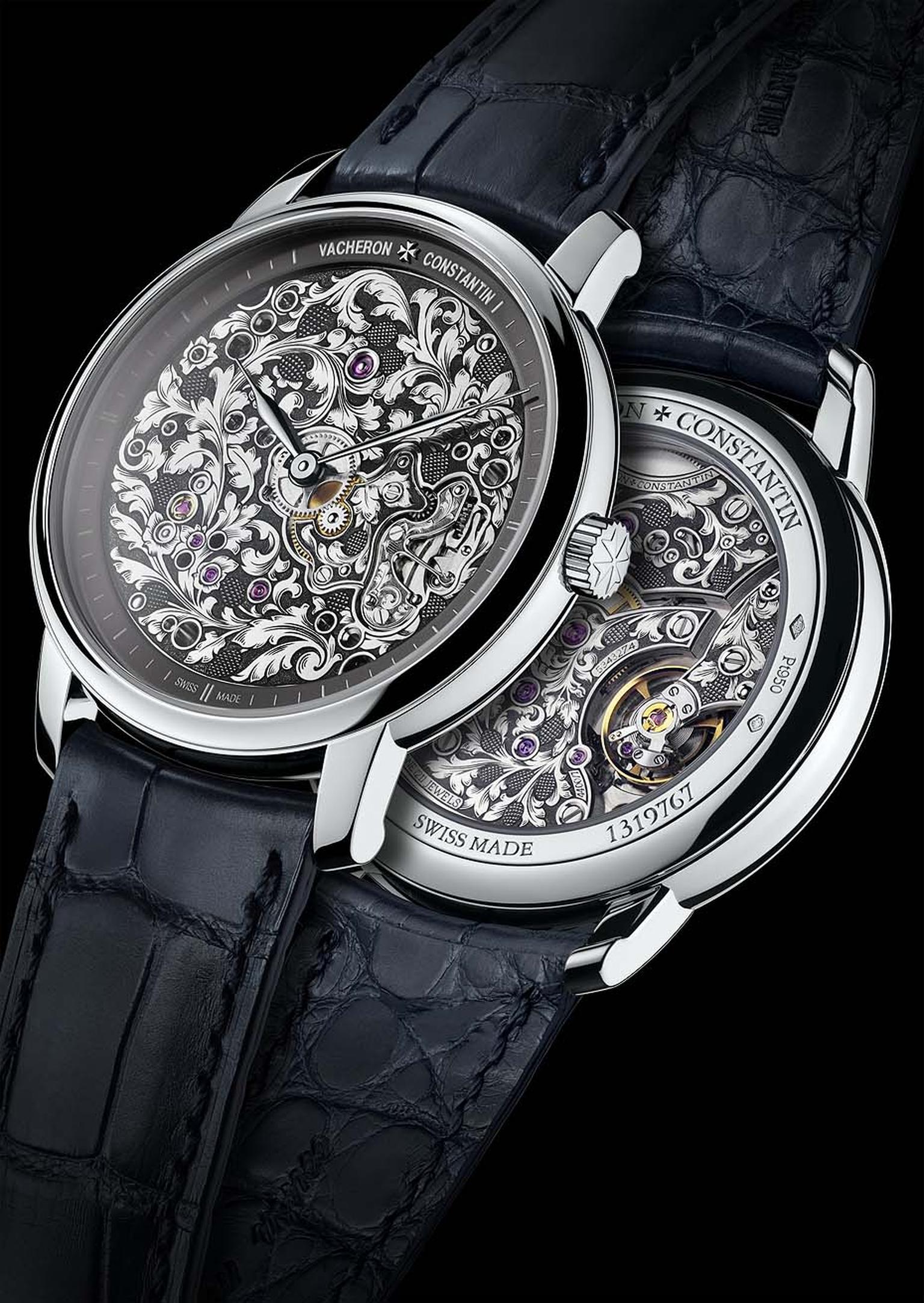 It's a big year for Vacheron Constantin watches as it celebrates 260 years of uninterrupted watchmaking activity. That is almost three centuries of continuity, endowing the brand with a vast historical legacy. At the SIHH 2015, we witnessed the birth of Vacheron's Harmony watch collection, inspired by one of its first chronographs of the late 1920s, and indeed one of the most beautiful watch collections at this year's salon.

However, Vacheron Constantin decided to travel further back in time with its Métiers d'Art Mécaniques Gravées watches - two timepieces distinguished by hand-engraved movements with classical motifs harking back to the first pocket watches created by the Maison from 1755 onwards. Vacheron selected two of its most celebrated movements - calibres 2260 and 4400 - as the ideal candidates for the full engraving experience, which now sit proudly in the Métiers d'Art collection.

The main decorative motif is the beautifully ornate acanthus leaf, which has appeared since the dawn of decoration on the Corinthian columns in ancient Greek and Roman architecture and, why not, on the tiny surfaces of a watch movement.

To give you a feel of the difficulty involved for the watch engraver, imagine trying to keep your chisel steady in a work area of around 29mm, applying the same amount of pressure, and following the intricate swirls of the design without scratching or piercing the metal and compromising the functionality of the movement. To make matters even more challenging, Vacheron Constantin didn't succumb to the temptation of making the movement parts thicker to facilitate the work of the engraver, instead forcing every ounce of dexterity from the hands of the artisans who had to sculpt surfaces less than 1mm thick.

Each single calibre requires 10 days of engraving, which are then subtly patinated with an anthracite colour to enhance the volume and reliefs. The 14-day tourbillon watch, which is powered by hand-wound calibre 2660, is housed in a 41mm platinum case. On the dial side, a view of the tourbillon carriage, shaped like a Maltese cross (the Maison's symbol), surrounded by swirling acanthus leaf motifs and a 14-day power-reserve indicator, compete with the reverse side of the watch. As beautifully engraved as the dial, the sapphire crystal caseback reveals some of the 231 parts of the movement held in place by hand-engraved bridges.

The second movement chosen for the royal treatment is calibre 4400, presented in a 39mm platinum case. The amazing engraving work on the mainplate and bridges substitutes a conventional dial and, like its sibling, required 10 days of constant devotion to engrave the front and back with acanthus leaves.

Both Vacheron Constantin watches are delivered with a magnifying glass to increase the effect - a bit like going to the cinema and watching a 3D movie with glasses. 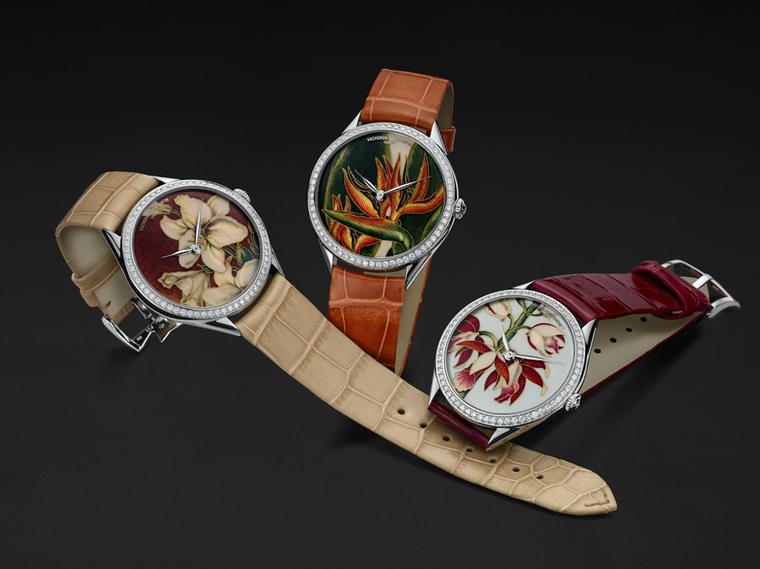 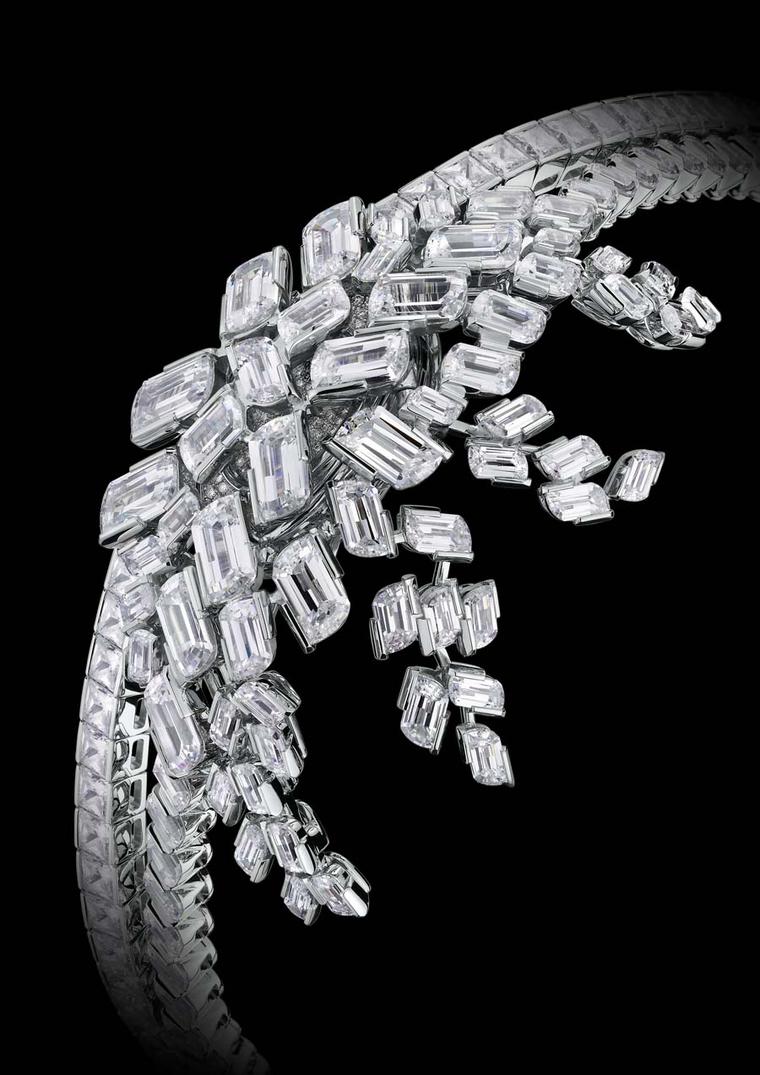