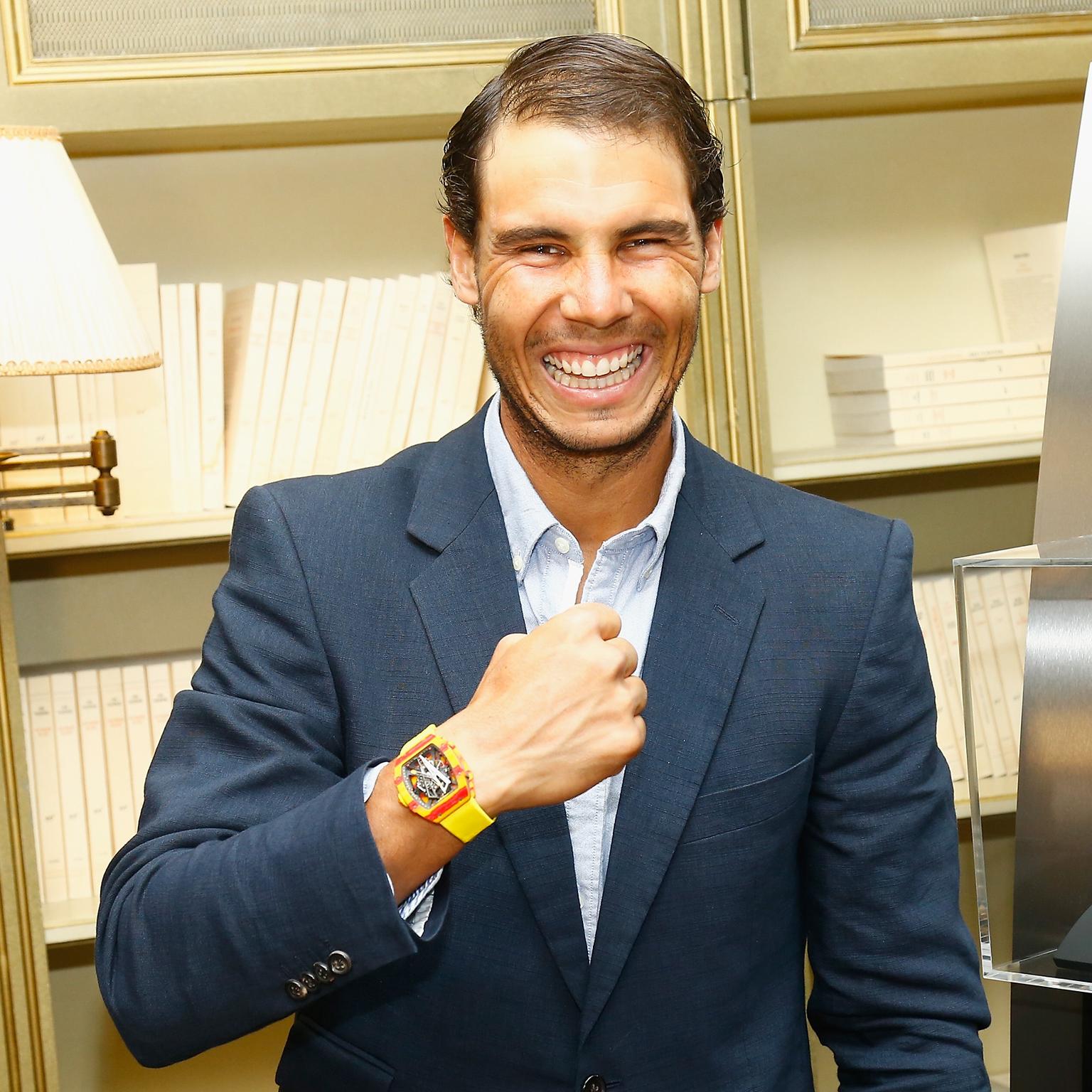 Whichever way the wind blows at Roland-Garros this year, all eyes will be focussed on Spain’s tennis prodigy Rafael Nadal. If he manages to secure a victory at the men’s final on centre court, he will become the stuff of legend, taking home his 10th Roland-Garros trophy, an unprecedented feat in the history of tennis. Fans of Richard Mille watches will also be in for a treat as Nadal straps on his new and improved RM 27-03 to do battle on the clay courts of the French Open.

It’s all in the swing

Richard Mille’s new RM 27-03 Tourbillon is ready to take a thrashing on Rafael Nadal’s wrist and has been pumped-up for the event with an even more resilient structure capable of withstanding accelerations of more than 10,000g (G-force), which is twice the amount of shock resistance of the former RM 27 -02.

Equipped with a tourbillon calibre, one of the most delicate complications in watchmaking that does not particularly enjoy rough handling, Richard Mille’s laboratory has managed to increase the resilience of the watch after years of R&D. One of the tests involved subjecting the watch to ‘pendulum impact’ testing, which is akin to swinging a 4.5kg hammer against the glass, the crown and casing of the watch to mimic the sudden accelerations, movements and shocks of a tennis player of the calibre of Rafael Nadal.

Taking the bull by the horns: a case for Spain

The vibrant RM 27 -03 bears the red and yellow colours of the Spanish flag and is made from Quartz TPT®, a material made from fine layers of silica just 45 microns thick and tinted with resin to create the groovy wavy effect across the case and crown. Another technical detail is the elimination of the case middle so that the bezel and caseback are assembled directly on the baseplate, a ‘unibody’ if you like that resembles a racing-car construction and ensures maximum rigidity and resistance to impacts.

Made from another favourite material over at Richard Mille, the Carbon TPT® baseplate is the backbone of the watch, which features titanium skeletonised bridges designed to resemble the horns of a bull, while the tourbillon represents the head of the bull. Another fun detail is the crown, below, with an indentation to imitate a tennis ball.

In an article published on the official Roland-Garros website, author Ian Chadband writes about the epic implications of a victory for Nadal: “If Rafael Nadal can make it 10 Roland-Garros titles it would be one of the most monumental feats not just in tennis, but in all of sport.” Eclipsing Martina Navratilova’s nine Wimbledon wins and Roger Federer’s eight triumphs in Halle, Nadal’s 10th Roland-Garros win “would tell of a complete mastery on the clay over a decade or more that no tennis player has every before enjoyed on any surface,” adds Chadband.

Only 50 models of the new RM 27-03 Richard Mille watch will be produced with a not-so-lightweight price tag of £698,000. Whether or not Nadal will get to sink his teeth into his 10th Roland-Garros trophy is hard to predict, but we can assure you that the Tourbillon RM 27-03 will be the star of centre court for many horophiles and collectors. Vamos Rafa!