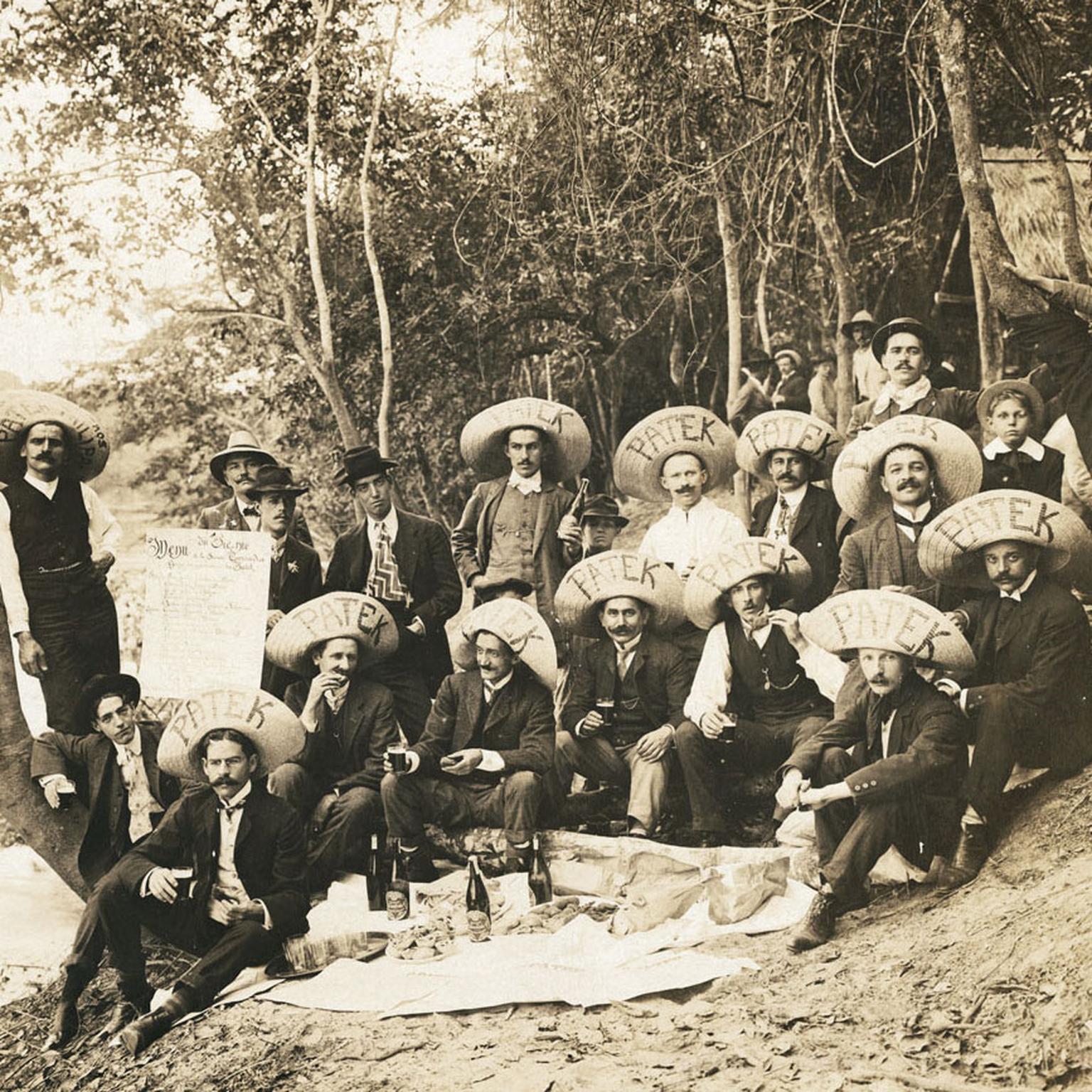 This faded photograph of the Gondolo Gang enjoying a picnic by the river is the starting point for one of the most colourful episodes in the history of Patek Philippe watches. The distinguished Swiss brand made a lucrative Brazilian connection back in the 1870s, and these moustachioed men in elegant three-piece suits, wearing large Mexican sombreros emblazoned with the word Patek, were all members of the Gondolo Gang - an exclusive watch collector’s club created by Gondolo & Labouriau based in Rio de Janeiro.

In 1872, Patek Philippe shipped an 18-Ligne silver pocket watch to the Rio-based jewellers Carlos Gondolo and Paulo Labouriau, establishing a relationship that would last until 1927. It was an adroit move, and while Europe struggled with lean years and a world war, Gondolo & Labouriau retailed close to a third of the entire production of Patek Philippe watches. Sales were spectacular and, in Brazil, Patek became a substitute for the noun “watch”. Instead of buying a watch, you bought a Patek - even if it wasn’t a Patek.

The Swiss watch industry has always been resourceful in pinpointing buoyant markets, and although today the Asian markets consume much of its attention, back in the late 19th century and early 20th century the Americas were an El Dorado of business opportunities. This resulted in some truly unique commissions such as the Henry Graves Supercomplication, which was auctioned by Sotheby’s Geneva last year for a cool $24 million.

In 1902, Gondolo & Labouriau commissioned a Patek Philippe pocket watch with exclusive technical specifications - in this case, a gold gear train - giving rise to the famous Chronometro Gondolo family of pocket watches. The first Chronometro Gondolo wristwatches appeared in 1910 and came in square, rectangular and tonneau-shaped cases reflecting the spirit of the age. In addition, the wristwatches were commissioned in larger-sized cases - up to 48mm in diameter - to reflect the Brazilian watch aficionado’s taste for larger timepieces that would get them noticed.

Capitalising on the exclusivity factor of having Switzerland’s most renowned watchmaker make models especially for Gondolo & Labouriau, the jewellers came up with a clever marketing plan and created a watch-collecting club known as the Gondolo Gang. A powerful status symbol among Brazilian’s upper class, the 180 members were invited to participate in the Plano do Club Patek Philippe System, a pay-by-installment plan allowing the 790 Swiss Francs price tag of a Chronometro Gondolo watch to be deferred over 79 weeks. In addition to this attractive incentive, the jewellers organised 79 weekly lotteries for its members, awarding the winning number the Patek watch and thus cancelling any future payments. To animate the weekly lotteries of the Gondolo Gang, members were invited to picnics, parties and even a special piece of music known as the Patek Waltz composed by F. Santini was played at events.

When Patek Philippe introduced the Gondolo watch collection for both men and women in 1993, it awakened a sleeping beauty after a deep slumber. An ode to the streamlined elegance of Art Deco styling, this new generation of Patek Philippe watches featured cambered cases for a comfortable fit and, for the most part, came in rectangular cases. Ref. 5098 released in April 2007 was directly inspired by a 1925 Chronometro Gondolo decked out in platinum - and later in rose gold - with a specially developed manual-winding movement. In 2013, the Gondolo was given a practical day and date indication, plus a power reserve of 8 days in one of the most handsome declinations of the collection.

Gondolo watches for women include some high jewellery pieces such as Ref. 7099 with its random or snow-set dial and case, recreating floral forms, or Ref. 4972 with its cinched waist and curvaceous contours. One of my personal favourites is Ref. 7041 with its plump rose gold, cushion-shaped case and elegant diamond setting. The high jewellery Ref. 7042 marries diamonds and pearls to sublime effect, mixing different cuts of white diamonds on the dial and case, while the bracelet is a rhapsody of white Akoya pearls interspersed with princess-cut diamonds.

Now that the world’s attention will be riveted on Rio de Janeiro for the 2016 Olympics, I wonder if Patek Philippe will be tempted to enlarge its Brazilian watch family? 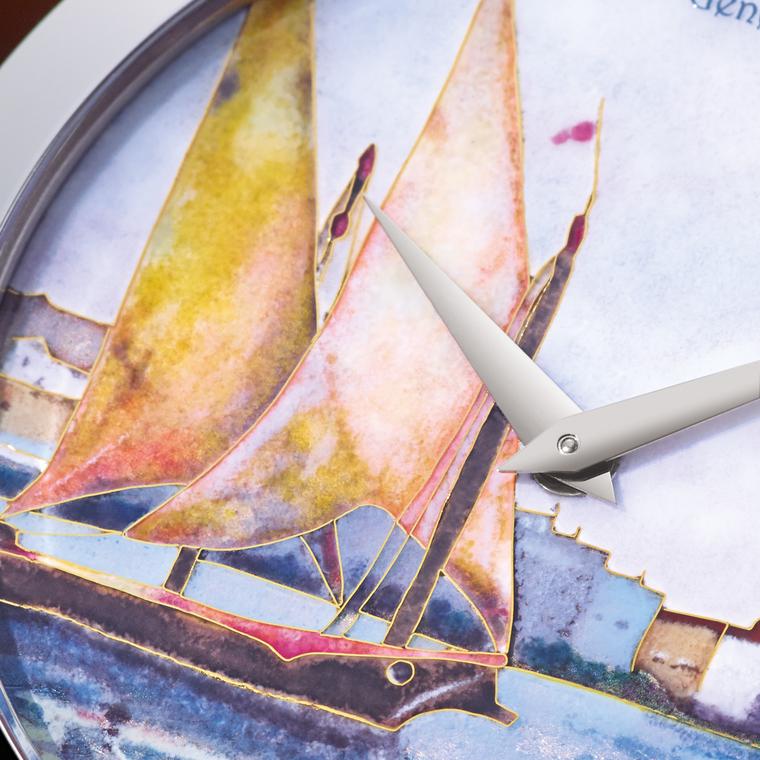 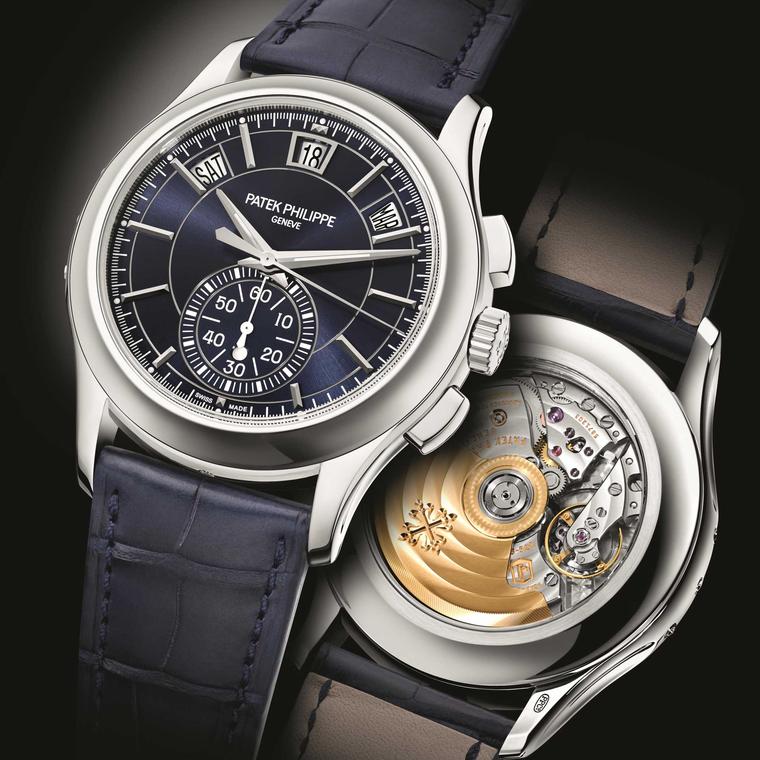 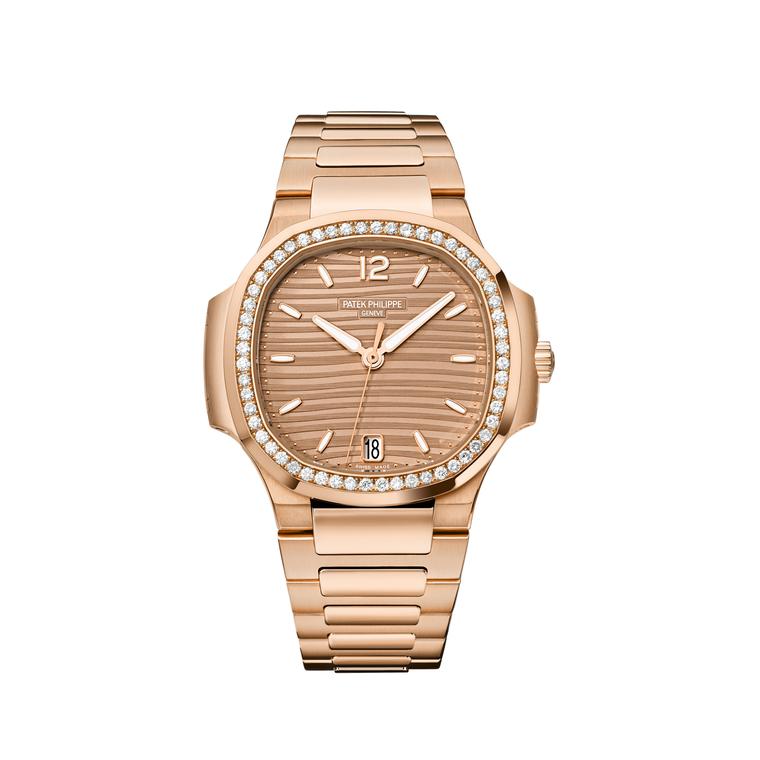