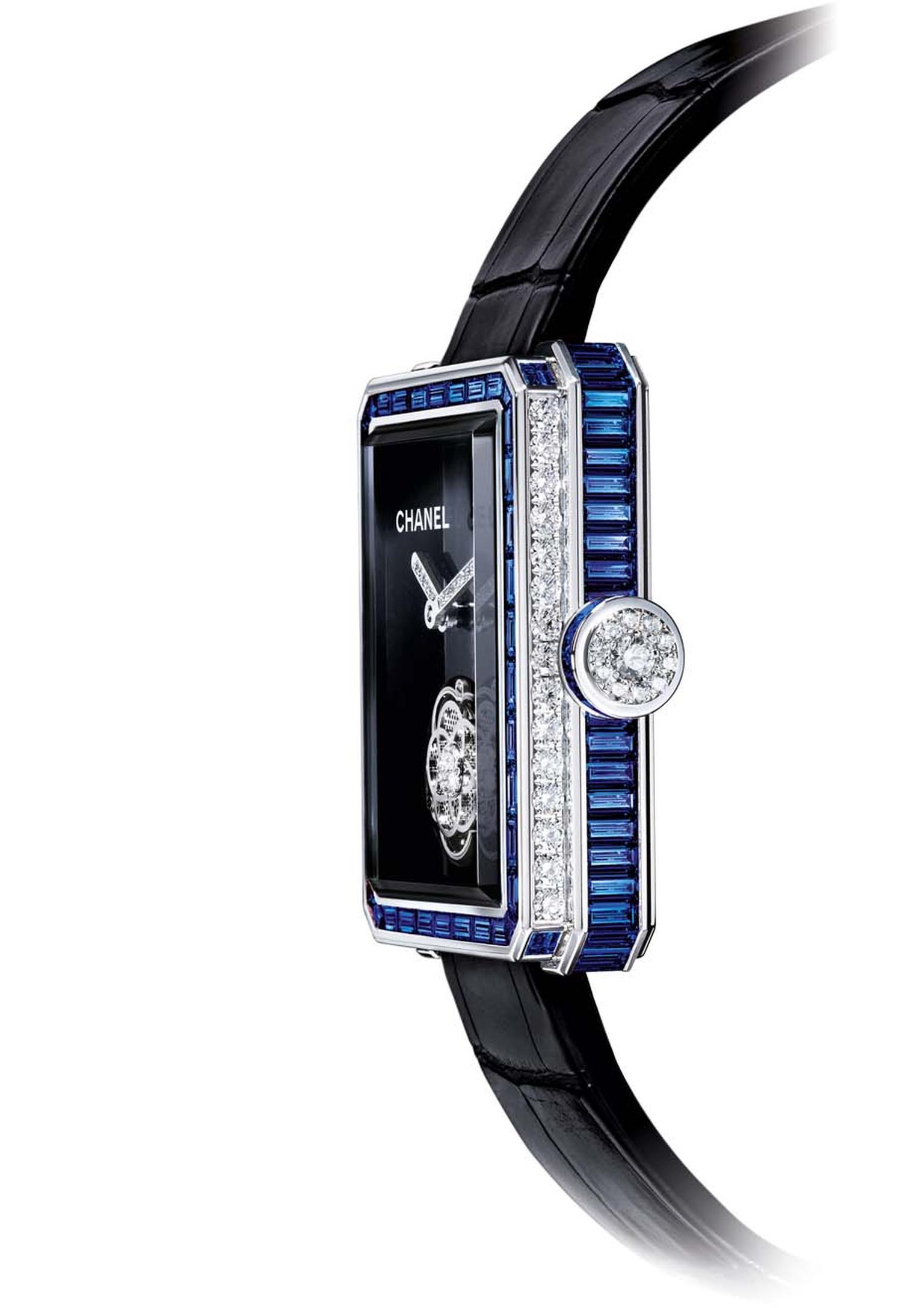 Even if the skies don't always comply with our wishes, it's still blue sapphire month at The Jewellery Editor, so we continue our round-up of ladies' watches featuring the azure stone. Like their opulent high jewellery sisters, these watches play with the striking contrast of icy white diamonds and regal blue sapphires, clamouring to also be worn in the daylight hours.

In 1987, Chanel watches launched its first collection of ladies' watches, the Première timepieces, and their unusual geometry was inspired by the octagonal perimeter of Place Vendôme - just like the stopper on the Nº5 bottle of perfume. Developing more complications over the years, the Première Flying Tourbillon features a stylised camellia flower studded with diamonds in the centre, and a white gold case set with baguette-cut blue sapphires on the sides, the bezel and even on the crown. The generous use of white brilliant-cut diamonds exalts the rich corn-blue colour of the sapphires to even greater effect.

Boucheron watches has approached the blue sapphire and white diamond theme in a more contemporary language. The Épure d'Art Oursin is a delightful recreation of a sea urchin whose round domed-shaped shell seems to push up against the glass of the dial, thanks to a trompe l'oeil effect achieved with the graduation of the size and colour of the sapphires. Framed by the 41mm white gold Épure case with its distinctive cabochon crown, the surface of the sea urchin's bumpy shell has been recreated with white diamonds and sea-blue sapphires and cabochons.

Louis Vuitton's Tambour Monograph Sun Tourbillon jewellery watches flaunt their LV heritage with a large flower occupying most of the dial, and their sophisticated mechanical tourbillon designed by Vuitton's Fabrique du Temps workshop in Geneva. The sunray guilloché mother-of-pearl flower has loaned one of its petals for the tourbillon, whose two bridges form the iconic star that have made Louis Vuitton watches one of the most recognisable brands in the world. The large flower sits on an airy bed of 386 snow-set diamonds framed by 58 blue sapphires on the bezel.

Chopard watches dresses its Happy Sport cult timepieces for a grand soirée with blue sapphires and white diamonds. The 36mm white gold jewellery watches feature intense-blue baguette-cut sapphires on the bezel, and three free-floating sapphires to accompany the four white diamonds dancing around the dial in time to your movements. If you look closely, you will see that the indices have also been set with tiny baguette-cut sapphires, and the scrolling lugs and contours of the case are set with gleaming diamonds. 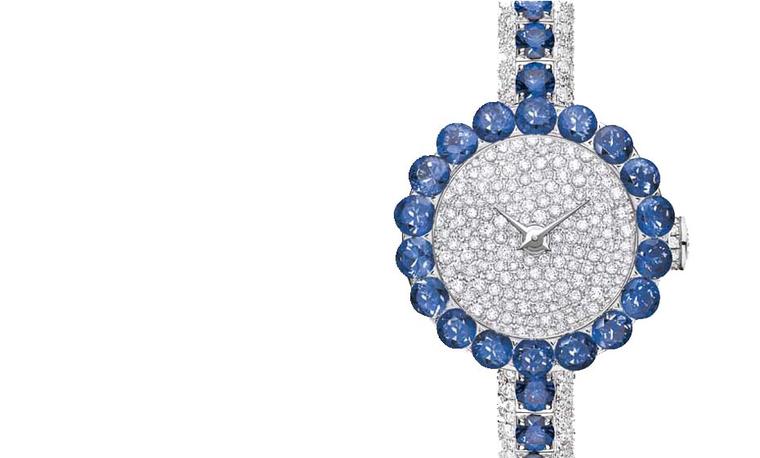 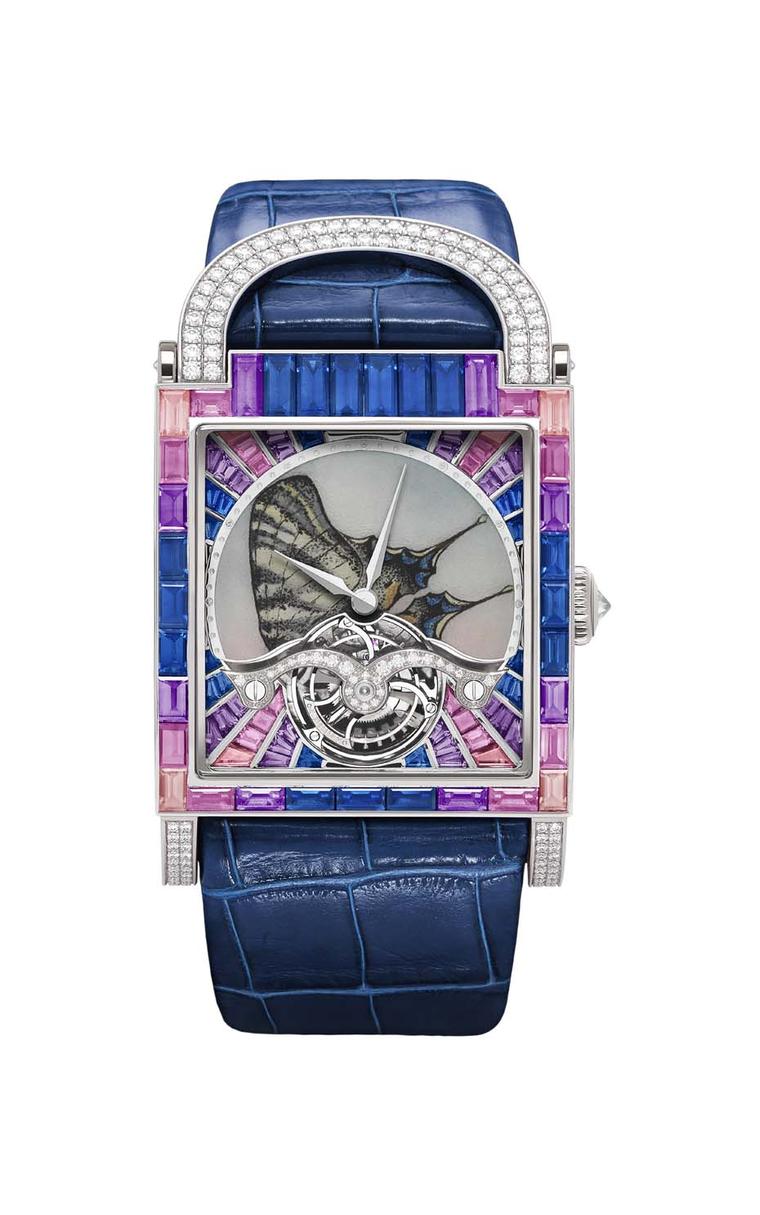 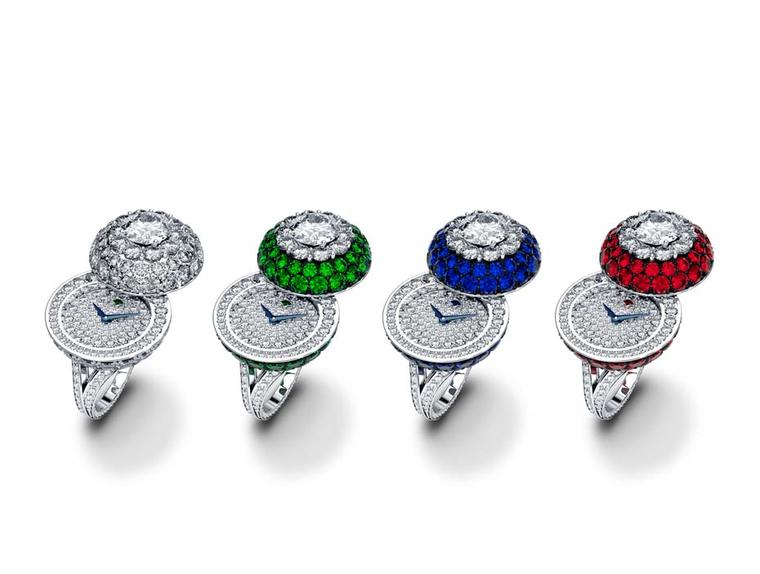