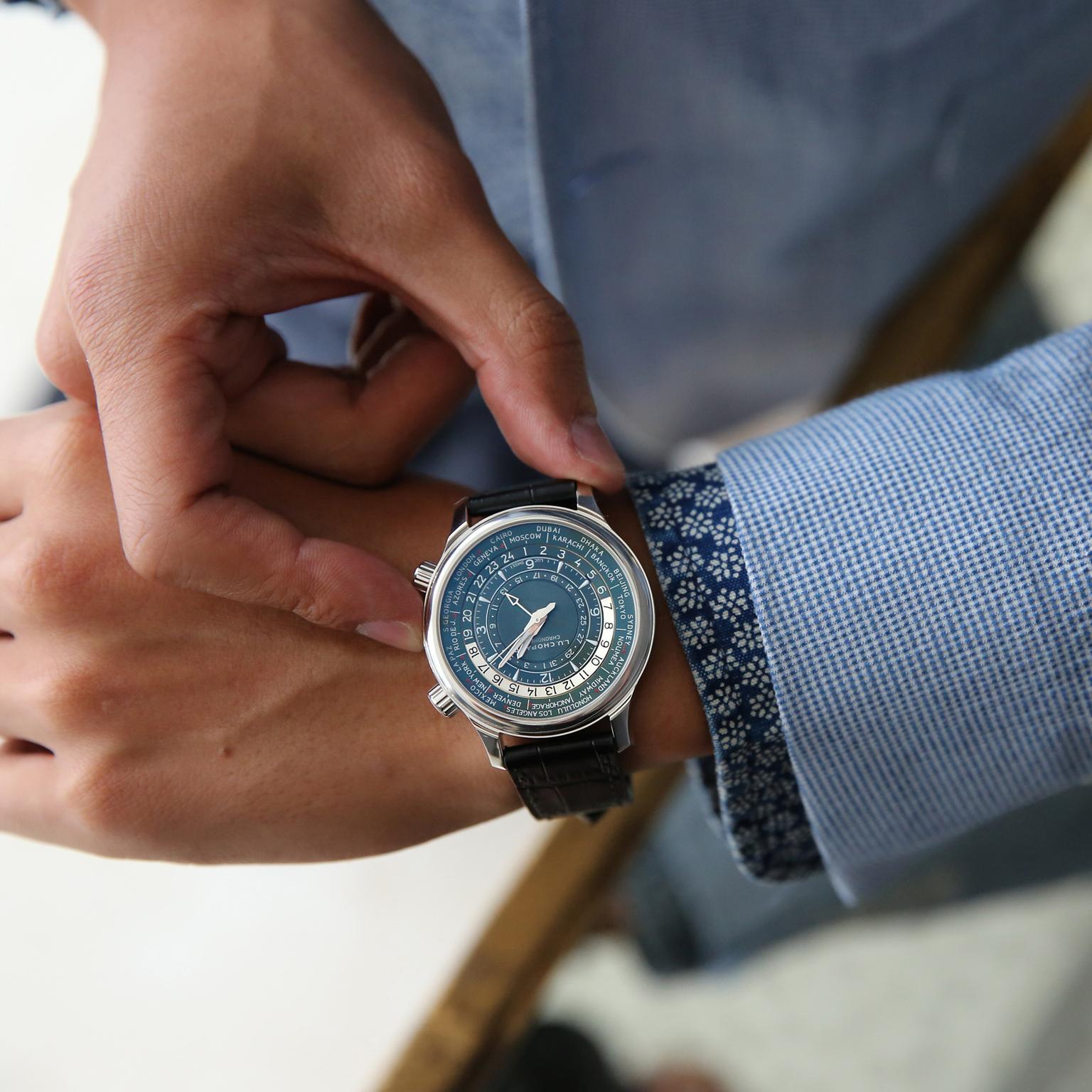 Are you the kind of traveller who refers to airports by their IATA codes? Just flying in from LAX to LHR and off again tomorrow to PEK... Then you’re just the kind of globetrotter who will fully appreciate the utility of a world time watch that allows you to consult the hour anywhere around the world at a glance whilst looking great on the wrist. And, if you’ve been following the watch scene these last few years, you’ll have noticed that world time and GMT watches are turning up in every corner of the globe, slowly eclipsing the reign of chronographs as the complication of choice.

Chopard has hopped on board the travel watch trend and celebrates the 20th anniversary of its manufacture in Fleurier with the release of two reliable and handsome travel companions: the L.U.C Time Traveler One and the L.U.C GMT One. Designed and manufactured from head to toe in Chopard’s Fleurier manufacture, the acronym L.U.C refers to the brand’s founder Louis-Ulysse Chopard and is assigned to Chopard’s top-of-the-line watch collections. Proud of its new calibres, Chopard has endowed exhibition casebacks on both models to afford a view of the new calibres and the finely finished bridges decorated with Côtes de Genève motifs.

How to consult the time in every corner of the globe

Clearly a watch destined for first-class travellers, the L.U.C Time Traveler One is a classic world time watch (aka UTC or Coordinated Universal Time watch) that indicates the time in the world’s 24 time zones, represented by the name of a city. Although I was initially overwhelmed by the amount of information on the dial, a quick consultation of the manual clarified my doubts.

The L.U.C Time Traveler One displays the information in a series of concentric rings starting at the centre of the dial. The first ring (closest to the centre), with the numbers 1 - 31, is a date counter, and a small arrow-tipped hand indicates the date. The second ring gives you the local time and is read off by luminescent hands and adjusted by the crown at 2 o’clock. The third ring, with a two-tone scale and the numbers 1 - 24, is your 24-hour disc and is synchronised with the 24 main time zones represented by the cities on the outer ring. You will also have noticed a second crown on the case located at 4 o’clock, decorated with a globe - this crown is used to select the city you happen to be visiting.

Chopard has introduced three versions of the 42mm L.U.C Time Traveler One to suit different budgets, with models in 18-carat rose gold,  above, platinum and stainless steel. Although I love the elegant petrol-blue dial of the platinum model, the rose gold and the stainless steel models are much easier to read because of the heightened contrasts. However, whichever candidate catches your eye, be assured that all three varieties are fuelled by Chopard’s newly developed automatic world time movement, with a solid power reserve of 60 hours and COSC chronometry certification.

L.U.C GMT One: born to travel

The 42mm steel L.U.C GMT One is a born traveller and takes you across time zones without ever letting you forget the time at home. A GMT (aka dual time or second time zone watch) shows you the time in two places simultaneously. In the case of Chopard’s new 42mm watch  - available in stainless steel and a luxury 18-carat rose gold version, below, unveiled at Salon QP in London last week - home time is represented on the external 24-hour disc and indicated by an arrow-tipped hand.

The idea of using a 24-hour GMT disc is to help you distinguish between daytime and nighttime hours at home. Like its bigger brother, the case of the new GMT watch features two crowns. The crown located at 4 o’clock controls the arrow-tipped hand for the GMT function, while the crown at 2 o’clock is to set the local time.  Both the stainless steel and rose gold models are equipped with a new automatic movement developed entirely by Chopard’s Fleurier manufacture, with a 60-hour power reserve and COSC chronometer certification. 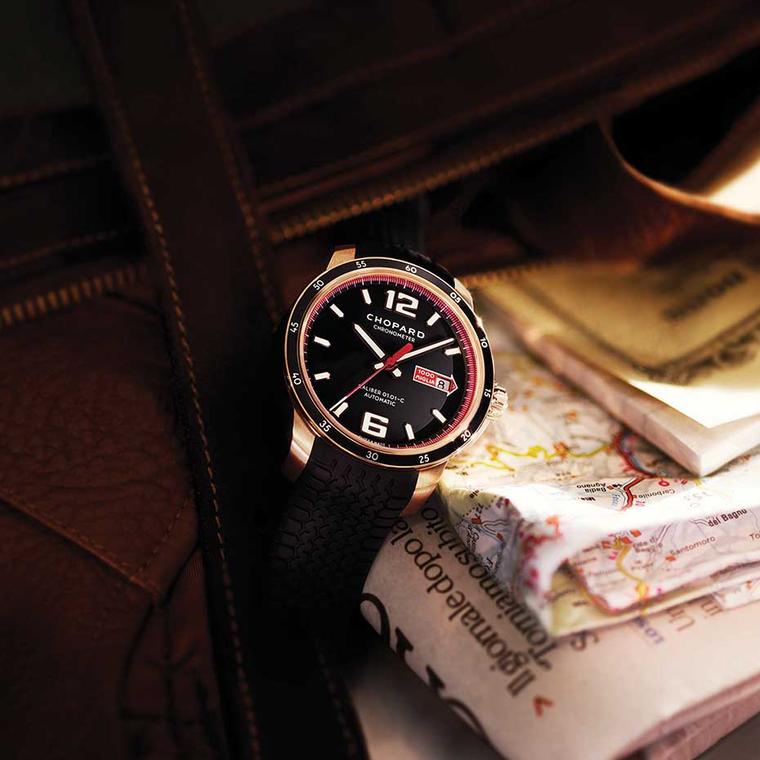 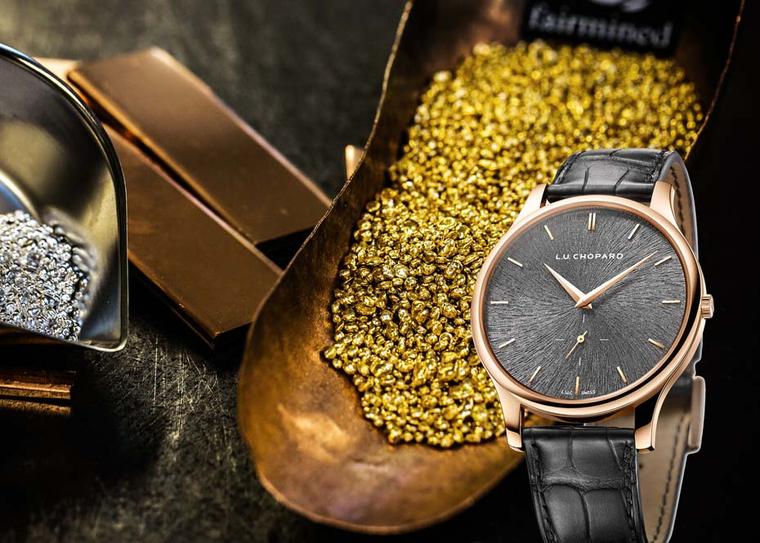 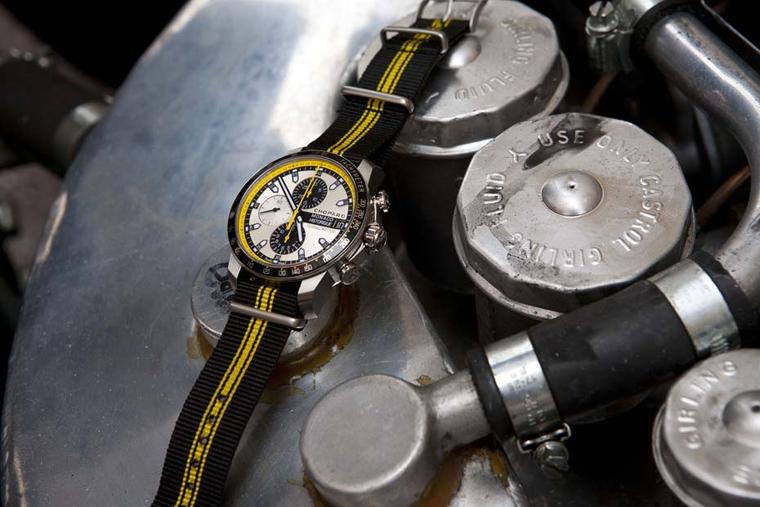 Chopard racing watches: miniature motors inspired by the aesthetics of racing place Chopard in pole position on the wrist