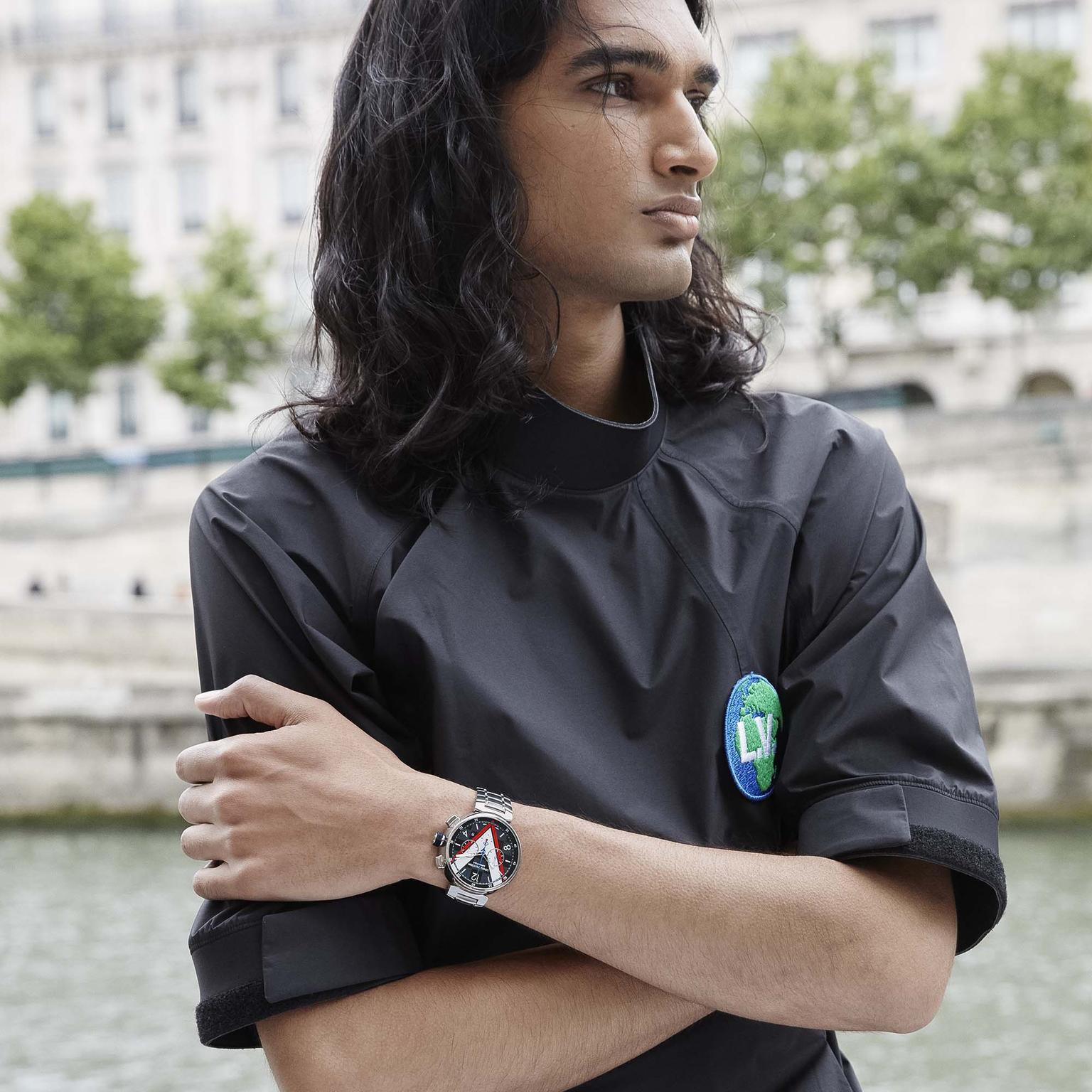 Louis Vuitton presents two brand new designs of the now iconic Tambour watch: the Damier Cobalt chronograph for men and the Tambour New Wave for women. With these fresh-faced arrivals, Louis Vuitton takes a bold stride forward in the design journey of the Tambour.

Named for the French for drum, the Tambour has skilfully walked a fine line between its heritage of skill and craftsmanship combined with a drive for constant innovation. The Tambour has been so successful, that over the past 17 years, it has become Louis Vuitton’s most recognisable watch design for both men and women.

At first glance it is clear that the new arrivals are aimed at a younger audience, who expect the same design daring and punchy attitude in their clothes as they do in their timepieces. Louis Vuitton says of the Tambour's brave new look: ‘Like a hallmark or signature, the ‘V’ for Vuitton symbolises the wearer’s belonging to a group of insiders with a precise set of values: sporty, chic and connected.’

The Damier Cobalt for men is of course inspired by the famous checkerboard pattern used to distinguish Louis Vuitton’s early steamer trunks from the competition. But the Damier Cobalt (above) represents a new generation of Tambour, with the outsize ‘V’ splashed across the dial and the multiple layers of graphics that instantly connects the watches to world of fashion, design and music.

However future-forward the chronographs may be, the making of the watch is in line with the longstanding Swiss tradition of excellence in watchmaking. The distinctive dials of the Damier Cobalt Tambour have been developed in the firm’s La Fabrique de Temps atelier in Geneva where the skill of the designers ensures optimum legible. The skeletonised hands are reduced to their minimum expression yet visible in the dark thanks to a coating of Superluminova. The watches are also water resistant to 100 metres. And like all the house’s watches, the straps are interchangeable opening up an array of options for mixing up or matching your look.

The Damier Cobalt Tambour comes in two versions: in stainless steel with a bright white ‘V’ edged in red against the slate-grey damier-pattern dial or with a blue PVD finish with contrasting pink gold horns and the pushers. Both versions have self-winding chronograph movements and the pink gold model has a sapphire crystal case-back  to showcase the mechanics of the watch.

For women, the Tambour New Wave comes in three sizes with the largest in the form of a chronograph. What’s new here is the cream dial featuring the letter ‘V’ stamped on the face of the watch that mimics the soft contours of Louis Vuitton’s highly desirable leather goods. The 'V' has become an instantly recognisable symbol of luxury as seen on the house's leather goods and a key status-signaller for a new wave of style-hunters. Simple as it may be, the 'V' travels across the universe of Louis Vuitton and brings together fashion, leather goods, jewels and now watches. Playful and feminine, the Tambour New Wave signals a seamless linking of tradition and innovation with catwalk cool looks thanks to the strength of the outsized 'V' on the dial.

Dispensing with a seconds hand, at 6 o’clock a Monogram flower spins around to mark the seconds. The same flowers adorn its outer rim alongside the gold hour markers. Like the Damier Cobalt, this New Wave Tambour’s dial is developed in La Fabrique de Temps atelier in Geneva.

Never one to shy away from a touch of glamour, Louis Vuitton offers the option of diamonds set on the 34 mm version that stand out against the creamy curves of the dial. Like all Louis Vuitton watches, the New Wave can be customised with over 100 different strap options that snap in with ease thanks to a patented simple change system. The ‘Rainbow’ strap with Louis Vuitton spelt out in multi-colour lettering offers a new icon of style and distinction to a new tribe of fans of the brand, ever on the hunt for the next big thing. 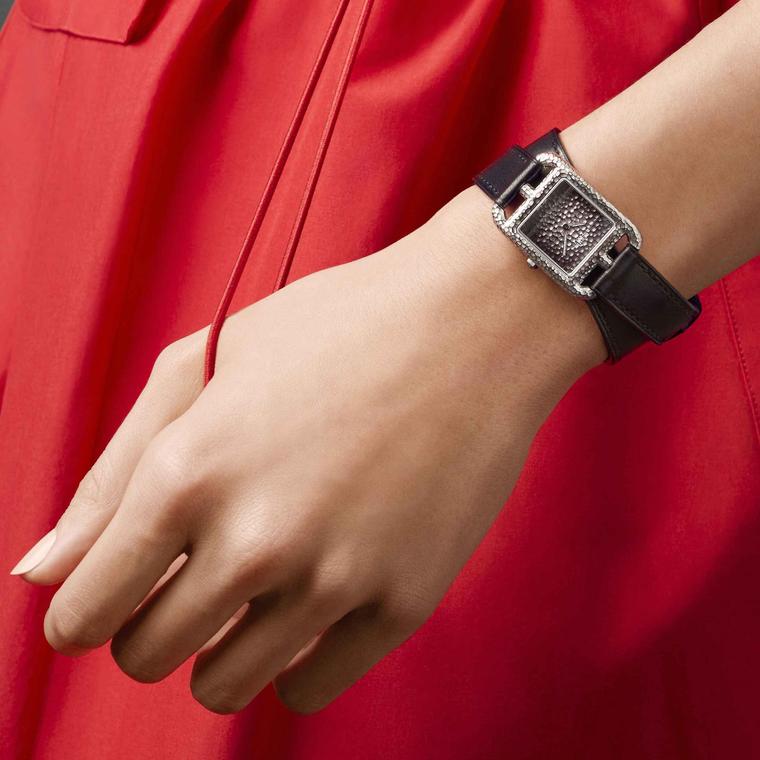