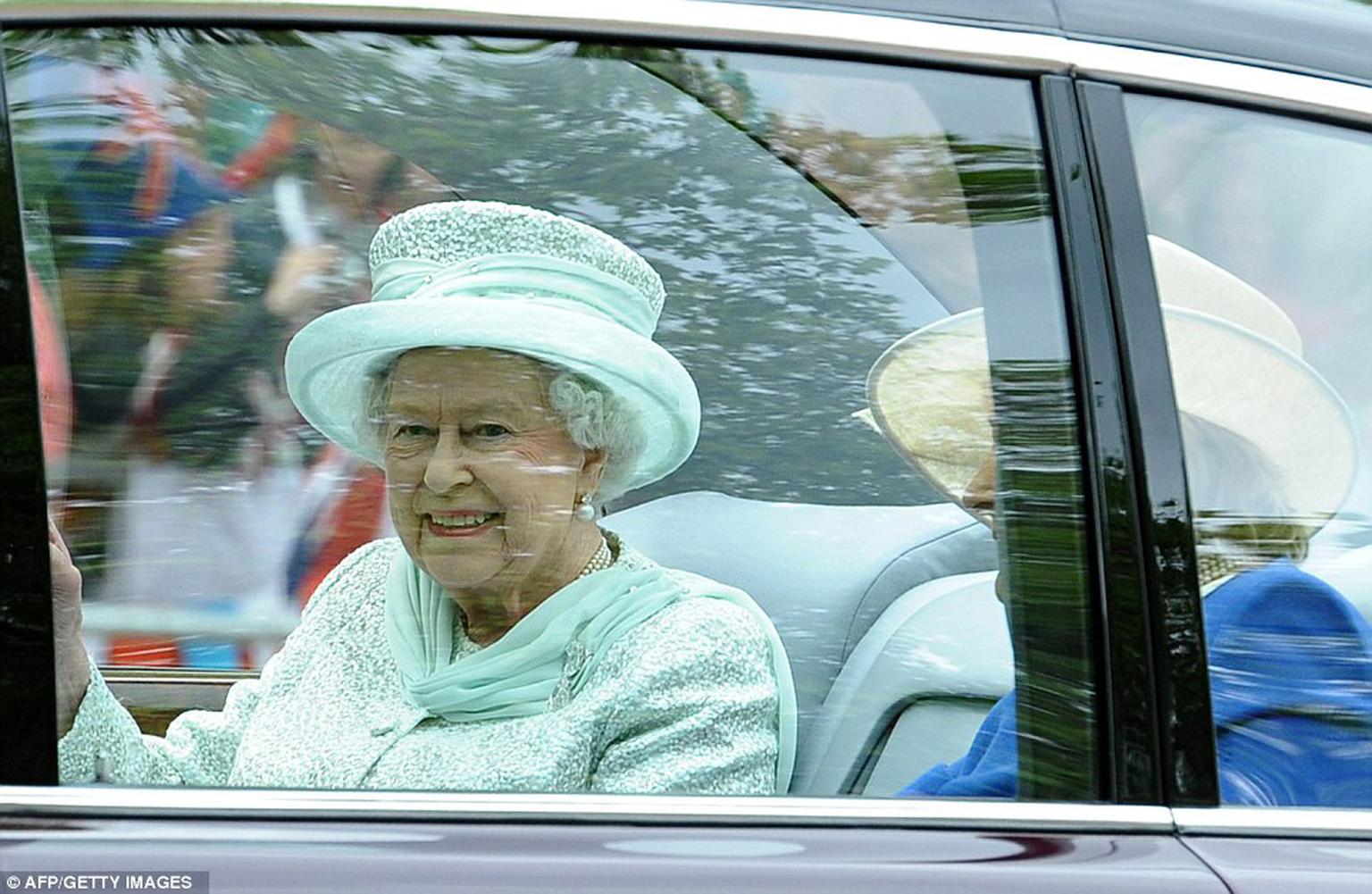 The Queen saved the very best jewel for the very last and so it was the famous Cullinan diamonds brooch made its appearance on the last day of the Diamond Jubilee celebrations at the service on Tuesday 5th June at St Paul's Cathedral. Pinned on the left side of the Queen's silvery metallic jacket and holding in place a light mint green scarf it shone out as only two diamond of this size and quality can. Considered the most valuable of the Queen's jewels, this was the occasion to bring it out into the light of day for all to see on one if its much anticipated outings at the zenith of the Diamond Jubilee celebrations.

Though it is difficult to see the details amongst the folds of the scarf if you look at the images of the brooch you can see that the Cullinan III and IV diamonds are simply set in almost invisible platinum claws letting the diamonds sing out and light to bounce in and around these spectacular stones.

The choice was appropriate given the significance of the occasion of thanksgiving for the sixty years of the Queen's reign. Nothing more fitting than these two spectacular diamonds to mark the occasion of the Queen's Diamond Jubilee and constant service. The Archbishop of Canterbury in his sermon quoted from Proverbs 8: "wisdom is better than jewels" and he praised the Queen's joy and happiness in serving her country. "What we are marking today," said the Archbishop "is the anniversary of one historic and very public act of dedication."

The brooch is composed of two diamonds from the same 3,000 carat stone discovered in the Premier Mine in South Africa in 1905 from which the Star of Africa was hewn. The Lesser Stars of Africa that make up this brooch are the pear-drop Cullinan III that weighs 94.4 carats and hangs from the square-cut Cullinan IV of 63.3. carats. The new Transvaal Goverment bought the rough diamond from the Thomas Cullinan, the owner of the Premier Mine and presented it to King Edward VII in 1907 in recognition of the British ceding rule. King Edward VII named the largest stone the 'Great Star of Africa'.

Once safely delivered to King Edward it was decided that the stone would be cut by Asscher in Holland. Their fee was the remaining stones recovered from the rough once the two principal stones had been hewn that accounted for the majority of the mass of the stone. However, in 1910 these 102 stones were bought by the Goverment of South Africa and given to Queen Mary.

In 1911, Queen Mary had the Cullinan III and IV mounted in a lattice-work settings and placed into her new crown made by Garrard for the coronation.

The Royal Collection website tells us that: "The following year the Delhi Durbar Tiara was adapted to take both stones. Cullinan III was occasionally used as a pendant to the Coronation Necklace in place of the Lahore Diamond, and on at least one occasion Queen Mary wore this necklace with Cullinan I and II as a brooch. However, the stones were most often worn hooked together as a pendant brooch. In 1953, The Queen inherited the brooch and has worn it regularly throughout her reign."

The Queen has chosen to wear lower-key jewels up until this moment and the symbolism of wearing these most valuable diamonds on this occasion is not lost on royal observers and jewellery lovers. The only other more valuable diamonds are part of the Crown Jewels and are royal regalia kept in the Tower of London.