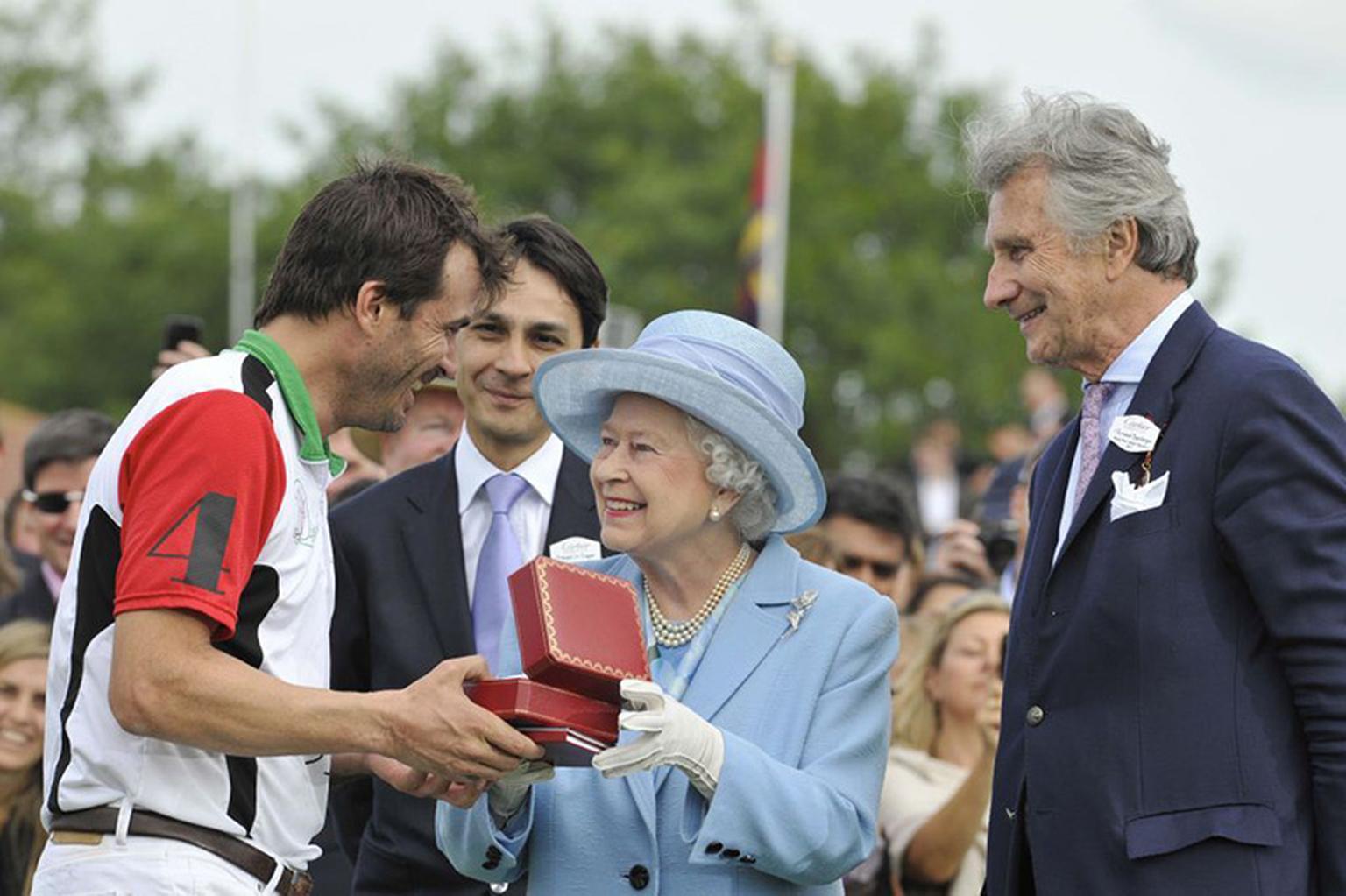 What jewels the Queen wears is also a matter of interest to me and the jewels usually have some significance. Favouring a diamond brooch and pearl necklace and earrings combination once again, The Queen looked elegant for the the polo last Sunday. Following on from her Diamond Jubilee weekend of celebrations, The Queen wore a diamond brooch for the Cartier Queen's Cup 2012 at the Queen's Ground at the Guards Polo Club in Windsor on Sunday 17th June.

For this event, the Queen chose to wear the  Flame Lily diamond brooch made in Johannesburg in 1947.  According to the Hugh Roberts who wrote the book "The Queen's Diamonds"  in the year of the Diamond Jubilee when all eyes are on the Queen and of course her magnificent collection of diamond jewels, this brooch was a 21st birthday present to Princess Elizabeth from the school children of southern Rhodeisa. According to the Daily Telegraph (17 May 2006)  each child donated a tickey or three old pence to fund the gift. Here is the extract from Mr. Roberts' description of the piece.

"It was designed by Len Bell of the Salisbury (Harare) jeweller, H.G. Bell and made by the Cartier-trained jeweller Eric H.S. Kippin (1912-98) at Sidersky & Son in Johannesburg. The stones, which came from De Beers, were set by H. Michel. Two flame lilies were sent from Salisbury to Johannesburg to assist the craftsmen in realising Bell's design. The brooch was given to the Princess during her parents'  tour of Southern Africa in 1947. Five years later, on her return to London from Kenya after the death of King George VI, The Queen wore this brooch as she alighted from the aircraft. In June 1953, two more brooches of this design, also made by Eric Kippin, were presented to Queen Elizabeth and Princess Margaret in Bulawayo, on Queen Elizabeth's first Commonwealth tour as Queen Mother. Queen Elizabeth's brooch was inherited by The Queen in 2002."

In other words, the brooch belonged to Queen Elizabeth II's mother who loaned and then inherited the brooch to her. The significance of this brooch will be evident to royal watchers as this was the first jewel the new Queen was seen wearing in her new role of monarch following the death of her father. She perhaps took the brooch with her for her African trip as a mark of its African origin and on alighting in the United Kingdom wore it, maybe as a symbol of continuity of the Royal Family. This is mere speculation but I do know that the Queen chooses her jewels carefully depending not just on her outfit but the occassion and its symbolism.