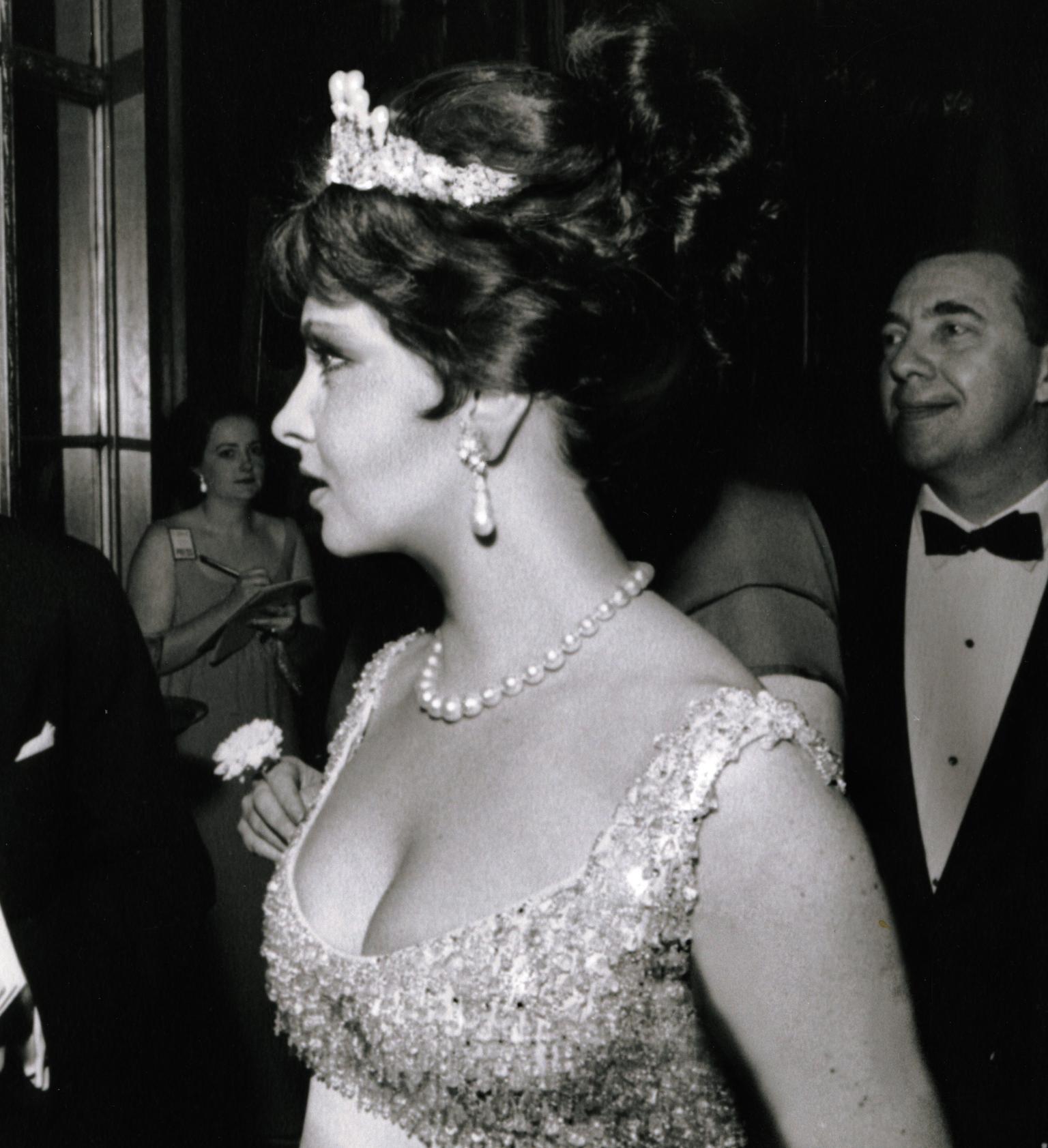 On a whistlestop in London of the world tour of 'Jewels from the Collection of Gina Lollobrigida', I caught up with Sotheby's London jewellery experts to find out first hand about these glamourous jewels belonging to the great Italian diva. The collection will be auctioned on 14 May 2013 in Geneva (read more here) and, building up anticipation, the exhibition was crowded with members of the press, who were keen to film and photograph the jewels up close.

On hand was a model with a suitably kittenish smile, who obligingly wore the lush, green Bulgari emerald and diamond earclips from 1964 and matching ring, each with a pre-sale estimate of US$150,000 to US$250,000. She also modelled a pair of natural pearl and diamond pendants from 1964 that David Bennett, Sotheby's Chairman of Jewellery, Europe and Middle East, tells us were of Hapsburg provenance. Daniela Mascetti, Sotheby's Senior Director of Jewellery, told me about Gina Lollobrigida's artistic approach to collecting jewellery, which she later expressed through her career in sculpting.

The majority of jewels in the collection are signed by Bulgari, the jeweller to the sirens of Cinecittà in the 1950s and 1960s. The rich colours of the jewels and their unabashed opulence exude an air of 'dolce vita' and whisper of an age of extravagance in which beautiful women wore priceless jewellery with a captivating insousiance.

What caught my eye, however, was what looked like a knuckle-sized lump of stone. Closer inspection revealed it was in fact a heart-shaped pendant hewn from the kimberlite in which a perfect rough diamond in the shape of an octahedron was found. The diamond was given to Ms Lollobrigida by Harry Oppenheimer on the day she visited the Kimberley Mine in South Africa, where, on the same day as her tour of the mine, the world's ninth-largest diamond was found. She later had the base sculpted into the shape of a heart with the 6ct rough in the centre.

Catch the exhibition if you can. It will be in New York from 13-16 April and then Geneva between 11-14 May. Read more about the sale on Sotheby's website by clicking here. Part of the proceeds of the sale will be donated to benefit stem cell research.