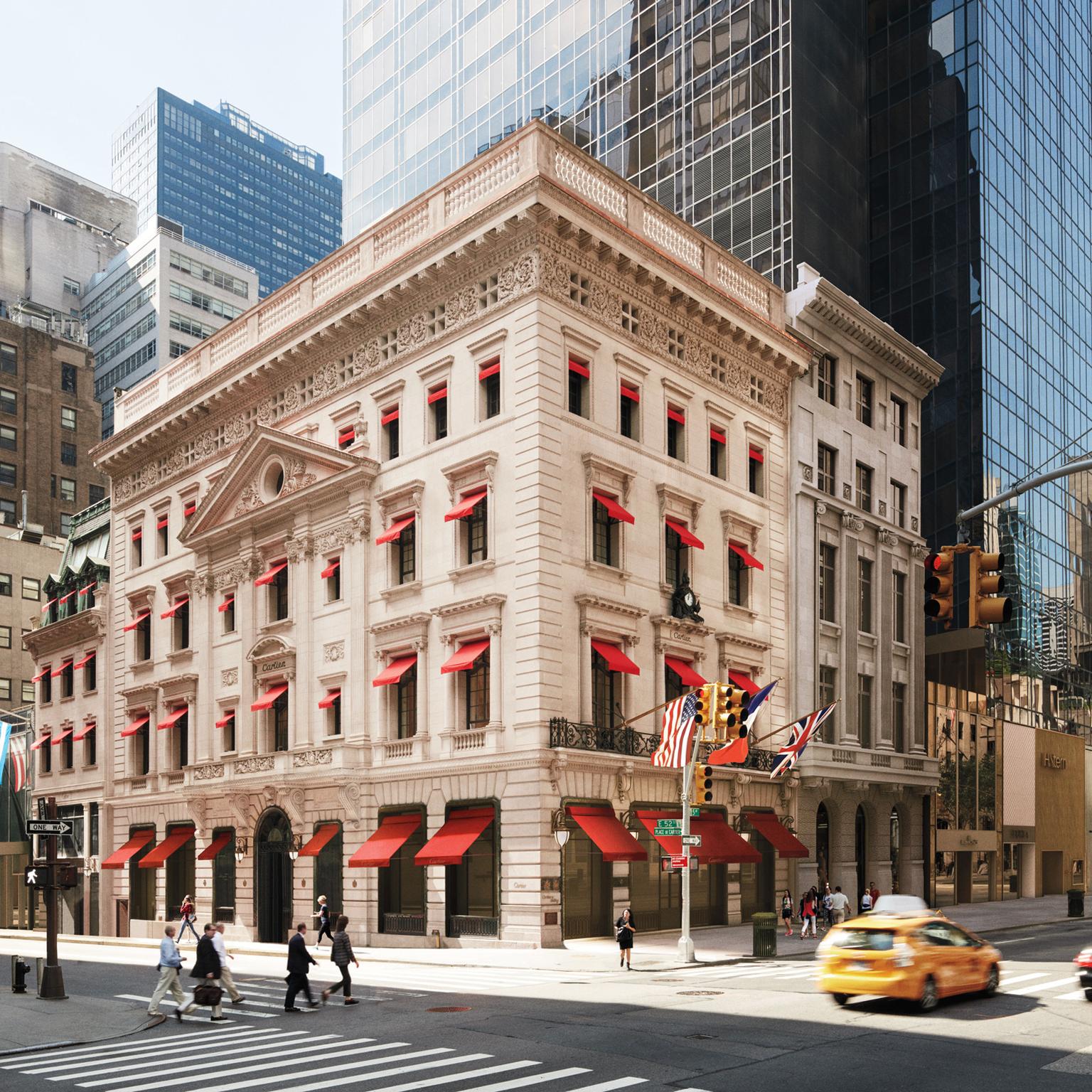 Walking into Cartier’s magnificent, newly reopened flagship on Fifth Avenue in New York is like stepping back in time to Edith Wharton’s The Age of Innocence, when the city’s fashionable elite lived in mansions along what in those days was dubbed Millionaires' Row.

A block or two from the recently restored St Patrick’s Cathedral and across the street from the imposing presence of the Rockefeller Center, it is hard today to imagine a time when the wealthy called the city's most famous thoroughfare home, but it is the secret to the fascinating story of how Cartier came to acquire the building nearly 100 years ago.

In 1912, Pierre Cartier, above, grandson to founder Louis-François, was developing a burgeoning business in New York and seeking the perfect location for a store. Five long years into his search he happened upon a neo-Renaissance style mansion in the heart of the city that was owned by entrepreneur and philanthropist Morton Plant. When Maisie, Plant's beautiful young wife, fell in love with a Cartier double strand of natural pearls, Pierre struck a deal whereby he would exchange the necklace and $100 in return for the mansion.

In 1917, at the time the exchange was made, pearls were highly prized and the necklace’s value of $1m was actually more than the value of the imposing building, which was reported by the New York Times to be worth $925,000.

Many years of successful business for Cartier followed at the location and, over time and following its expansion to a townhouse to the rear, the store became a confusing rabbit warren of different levels as well as corporate offices. It eventually became clear that the mansion’s magnificence deserved to be restored to its former glory.

After a mammoth two-and-a-half-year restoration project, led by French architect Thierry W. Despont, a designer best known for his residential projects, Cartier has succeeded in creating a store that combines luxurious refinement with a real sense of home. “I wanted to give people the feeling of being in the grand house that it once was and to restore it to its full glory,” explains Thierry. “I don’t think there is any other store like it in the world.”

After entering into the Maisie Plant Salon, below, with its high ceilings, lime oak panelling and imposing portrait of the former resident over a grand fireplace, you proceed to the Panthère Hall, an elegant foyer with a specially made panel depicting Cartier’s iconic cat, which was created by Parisian lacquer workshop Atelier Midavaine.

One of Thierry’s other key decisions was to reinstall the mansion’s grand staircase in the spirit of the original. Via this impressive structure, lined with images of the Maison’s most famous clientele and historic creations, the customer can ascend through the luxury Cartier universe.

Onwards, there is diamonds and bridal jewelry in the feminine, silk taffeta-adorned salon named after Grace Kelly, who received a Cartier engagement ring from Prince Rainier of Monaco in 1955, and the Gary Cooper Salon, a more masculine space offering complicated timepieces, named after the Hollywood actor who had it written into his contracts that he would always wear his Cartier Tank on set.

Elizabeth Taylor is, of course, also celebrated (above). In a room full of stills from the famous home video depicting the actress receiving a Cartier necklace from husband Mike Todd and the original drawing of the actress' iconic Peregrina Pearl necklace by Cartier New York designer Alfred Durante, complete with her comments in red ink, this is the perfect space in which to enjoy some of Cartier's ultimate high jewelry creations.

If jewels and watches aren’t enough, Thierry designed the beautiful and intimate leather-lined Red Box Salon in which he wanted to create the feeling of stepping inside one of Cartier’s signature leather boxes. This salon houses Cartier’s little-known exceptional objects and accessories, including leather goods and eyewear.

My favourite spot of all has to be the private salons on the mezzanine level, pictured above, overlooking the high jewelry room on the ground floor. In these intimate, home-from-home rooms, named after the legendary designer Jeanne Toussaint, clients can sit and enjoy Cartier’s most exclusive creations at their leisure, including the Romanov bracelet featuring the mammoth 197.8 carat sapphire that once belonged to Tsarina Maria Feodorovna, mother of the last Tsar of Russia.

Luxury in its most refined and intimate sense has truly been restored at the Cartier Mansion, which is a welcome slice of Parisian elegance in the heart of Manhattan. 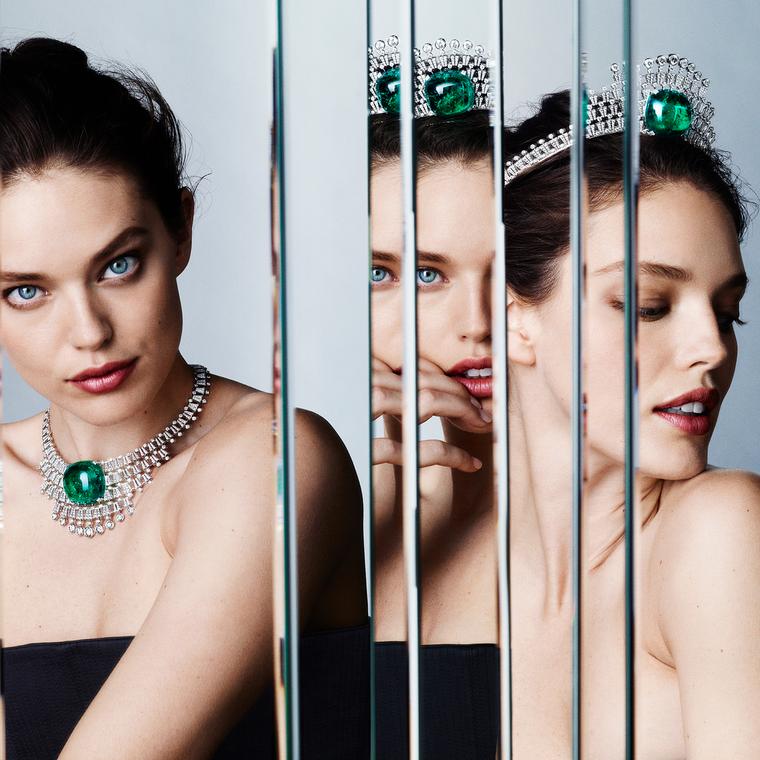 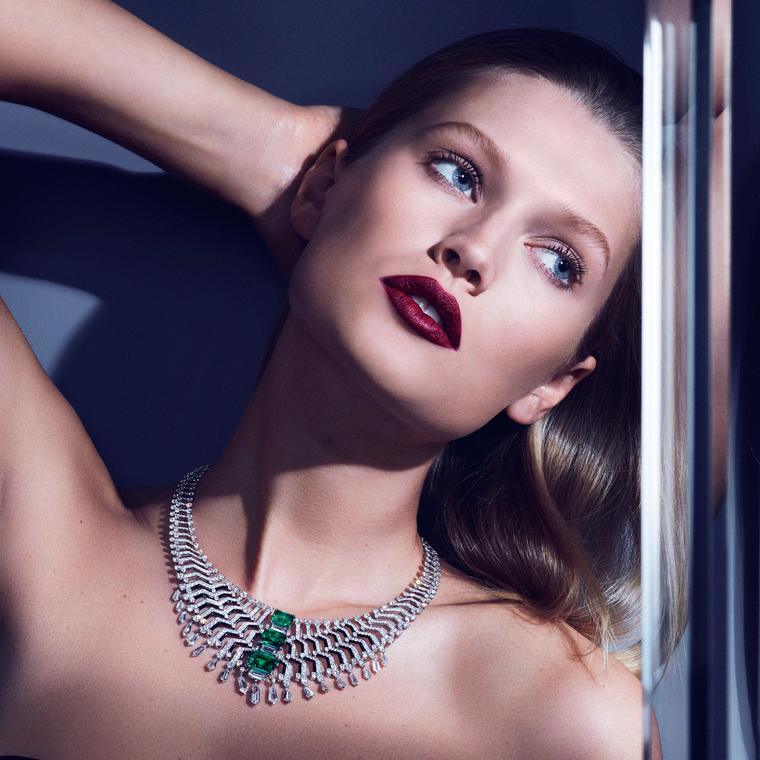