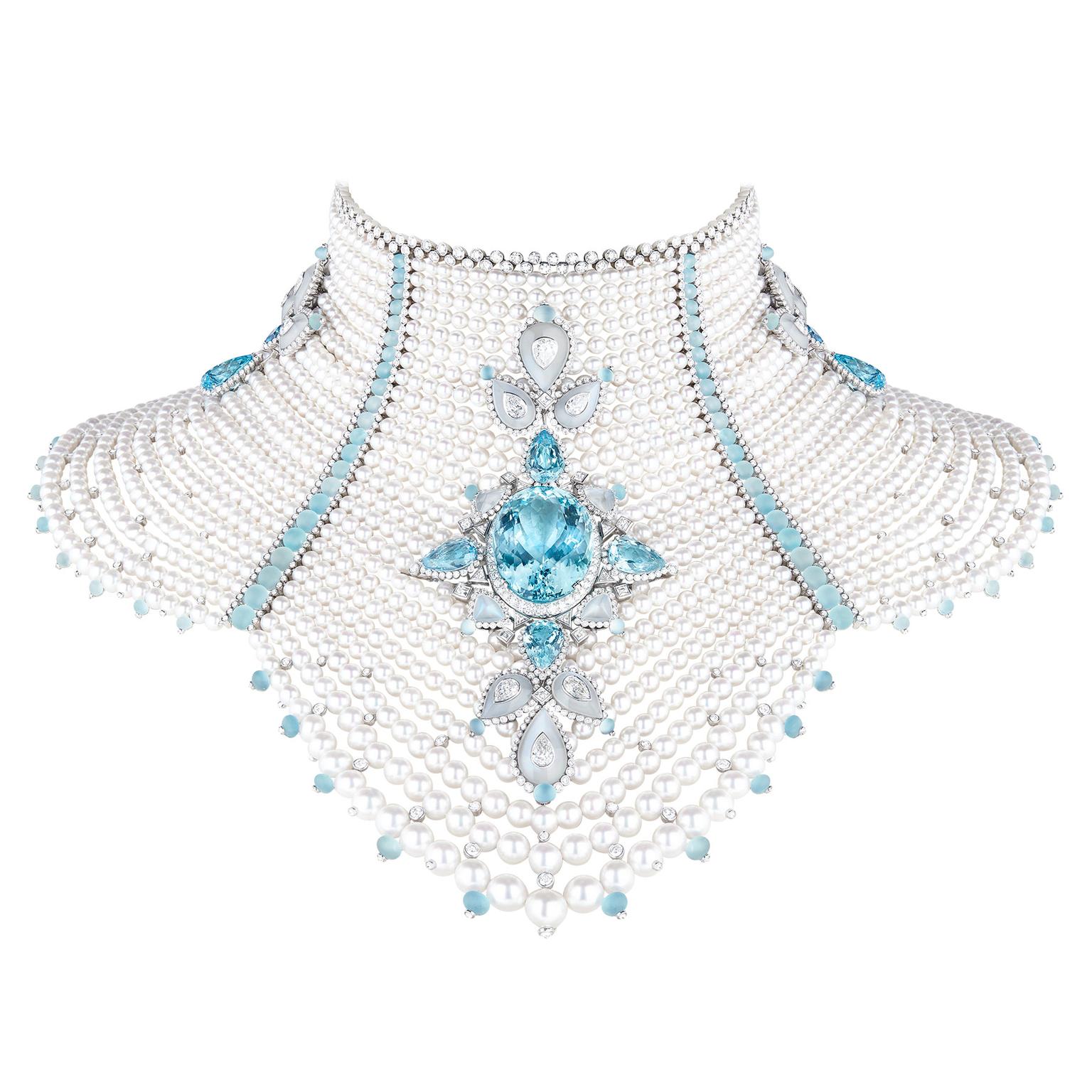 Aquamarine takes its name from the Latin word for seawater, its luminous hue conjuring up images of the ocean. Like many other gemstones, the aquamarine is surrounded by myths and legends. The Romans believed that a frog carved out of an aquamarine would turn enemies into friends, while both the Greeks and Romans used the gem as a good luck charm for sailors battling stormy waters.

Like the emerald, the aquamarine is a member of the beryl family and its colour can range from an almost translucent blue to intense blue-green or teal.

In the 19th century, sea-green aquamarine jewellery was the most sought after but, in later years, the colour preference shifted to a more intense blue. The most valuable aquamarines come from Brazil, but the gemstone is also mined in Kenya, Nigeria, Madagascar, Zambia, Tanzania, Sri Lanka, Pakistan, Afghanistan and Russia.

Read more about the history of aquamarine jewellery here

From the late 19th century onwards, the aquamarine was used extensively in both Art Nouveau and Art Deco jewellery. Art Nouveau jewellers revolted against the stiff Victorian era with aquamarine jewellery designs inspired by nature and animals, with gemstones often mounted in swirling lines of gold.

The Art Nouveau design period between 1890 and 1914 continues to inspire contemporary jewellery designers today, while antique pieces are highly sought after. In the late 19th century, René Lalique made his name as one of France's foremost Art Nouveau jewellery designers, and his jewels often featured aquamarines, such as the aquamarine pendant featured below, which formed part of the Maker & Muse exhibition at the Driehaus Museum.

Like the Art Nouveau movement that preceded it, Art Deco originated in Paris and influenced artists and designers all over the world.

Created by Marzo in Paris around 1925, the Art Deco pendant pictured below features an aquamarine briolette alongside diamonds, sapphires and bands of black enamel. It was exhibited at the Haughton International Fine Art and Antique Dealers Show, along with an Art Nouveau aquamarine brooch by Parisian jeweller Georges Fouquet.

Featuring the distinct geometric lines that characterised design in the 1940's, this Van Cleef & ArpelsLudo Hexagon (below) in 2014.

The Maison continues to use this beautiful blue gem in its jewels today, and prides itself on selecting only the finest aquamarines of the purest composition and most intense hues to create masterpieces such as the aquamarine ring from the magical Peau d'Âne collection (below).

Aquamarines were also frequently incorporated into tiaras, including this Cartier aquamarine and diamond tiara (below), which was one of 27 that the jeweller created for the coronation of George VI in 1937. Made from platinum, the tiara is set with oval and fancy-cut aquamarines, as well as round old-cut diamonds.

With its beautiful range of blue colours, it is no wonder that the luminescent aquamarine continues to inspire jewellery designers to create extraordinary pieces. See our gallery of aquamarine jewels, both vintage and contemporary.

Up dated by Maria Doulton March 2018. 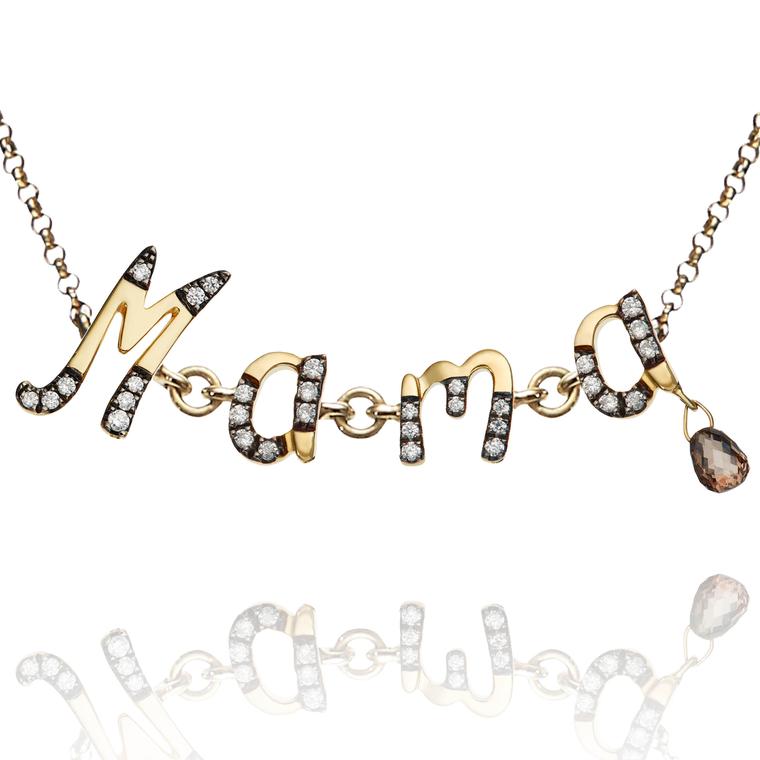 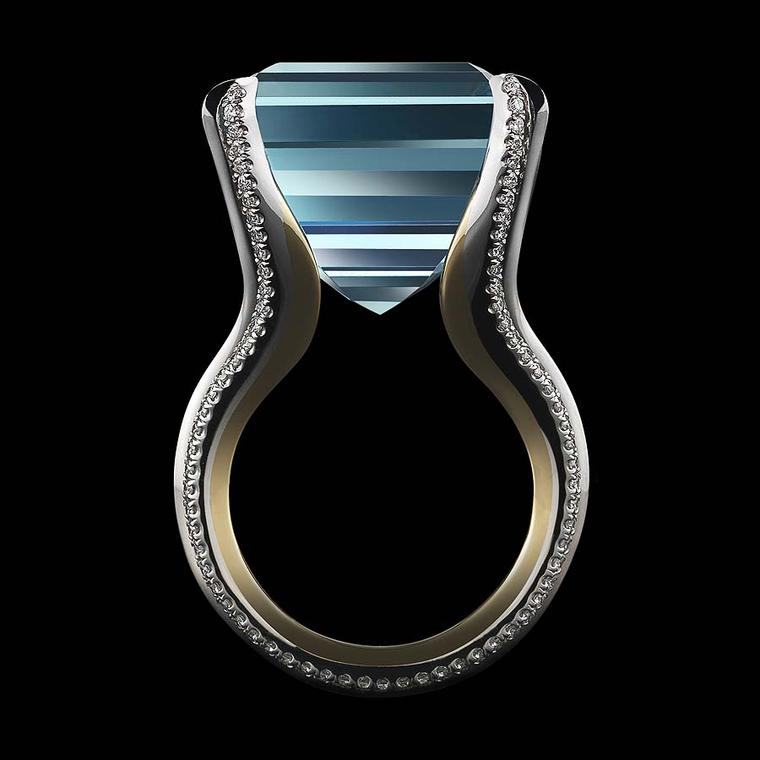 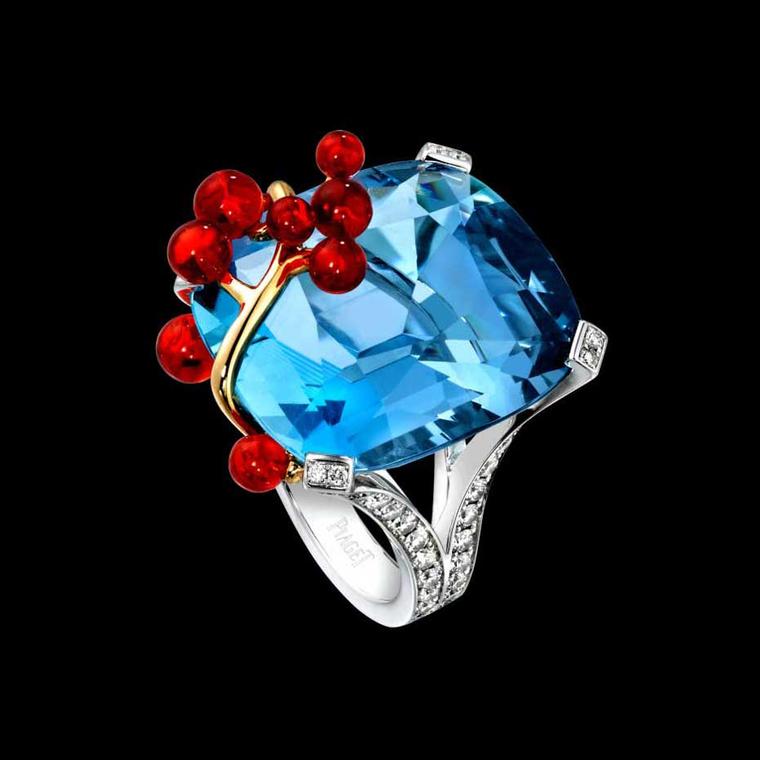