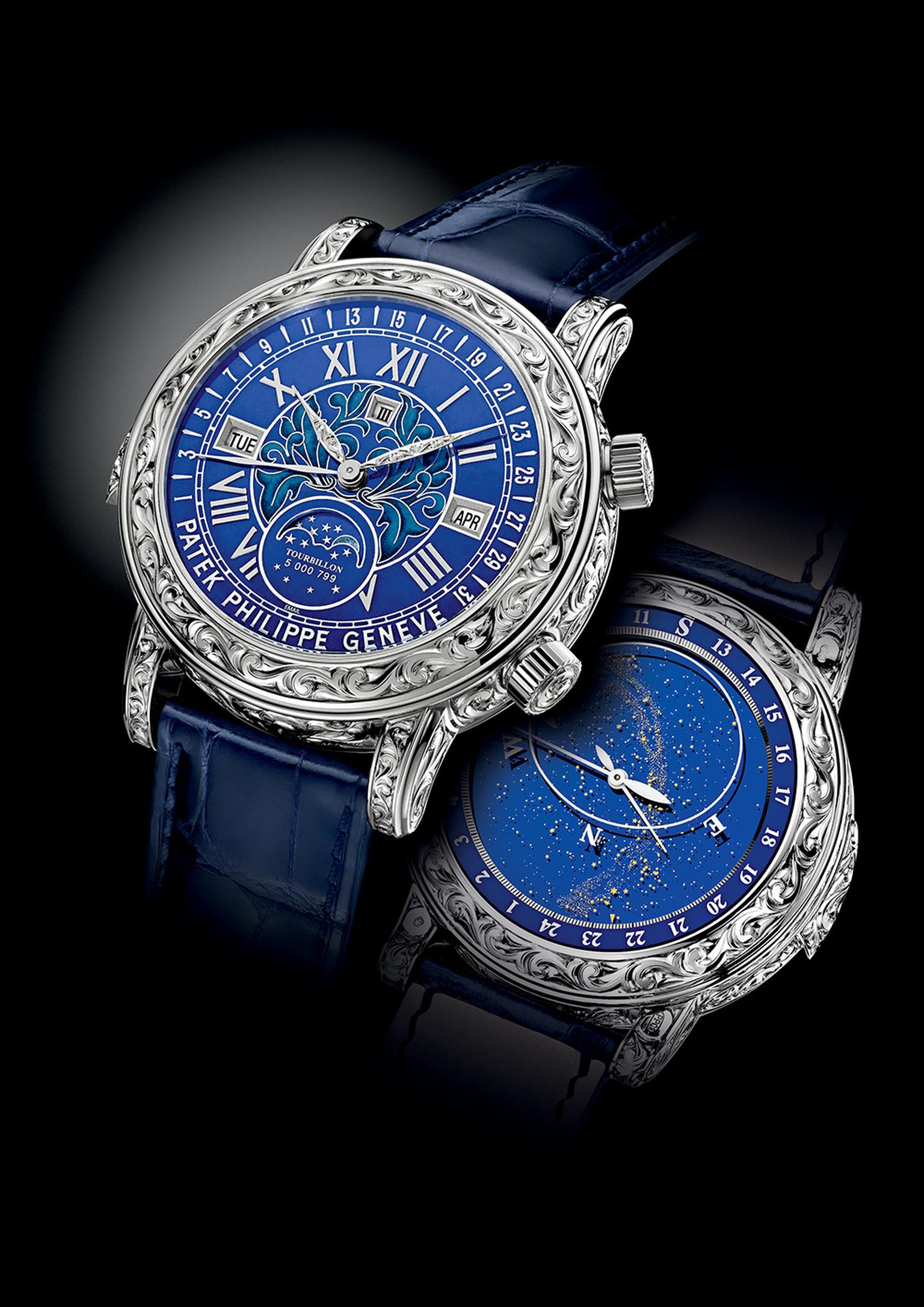 Like a contemporary Medici patron, president Thierry Stern proudly introduced journalists to his retinue of artists during the presentation of the Sky Moon Tourbillon watch in Patek Philippe's boutique in Geneva at the end of May. Conceived as a showcase for Patek's dexterity in the horlogical and artistic fields, the sculpted gold case is as much a part of the show as the 12 complications housed within the Sky Moon Tourbillon.

As heir to the manufacture's most complicated double-faced wristwatch to date, the Sky Moon Tourbillon 6002G has been rewrapped in a lavish Baroque case, with a dial to match. In a surprising departure from Patek's habitual restraint and classicism, the ornate case, carved in bas-relief, and the beautiful blue dial, brought to life with champlevé and cloisonné enamelling, celebrate Patek's commitment to the métiers d'art.

Set up at an impromptu work station, Anaïs, who is responsible for engraving the arabesque garlands, lavish swirls and Calatrava crosses on the white gold case, chisels away using a burin, with the aid of a microscope. Sylvia, a Spanish artist, demonstrates the art of cloisonné enamelling, which animates the centre blossoms of the dial. "The flattened gold ribbons are placed on top of the design and soldered to the white gold base to create compartments to house the enamel. The difficulty is to make sure that the ribbons don't collapse or bend in the oven. After baking, I  use a sable-haired brush to apply the enamel, then back to the oven, over and over again."

If the case is a work of art, the interior of the watch, with 686 components, is a powerhouse of mechanical muscle. Like its predecessor, Ref. 6002G inherits 12 of Patek's most fascinating complications, distributed across two dials: a minute repeater with two cathedral gongs, a tourbillon, a perpetual calendar with retrograde date and moon-phase display on the dial, and, on the back, astronomical functions with sidereal time, as well as the angular progression and phases of the moon. The only technical differences between this model and its predecessor are the use of apertures instead of hands for day of week, month and leap year, and the indication of moon phases instead of moon age.

Limited to two pieces a year and rumoured to cost over US$1 million, the question is: what does Patek have up its sleeve to celebrate its 175th anniversary next year? The Sky Moon Tourbillon will be a hard act to follow.

PREVIOUS ARTICLE Trend alert: across, along and between the ringer rings NEXT ARTICLE Andy Murray triumphs at Queens with Rado on his wrist 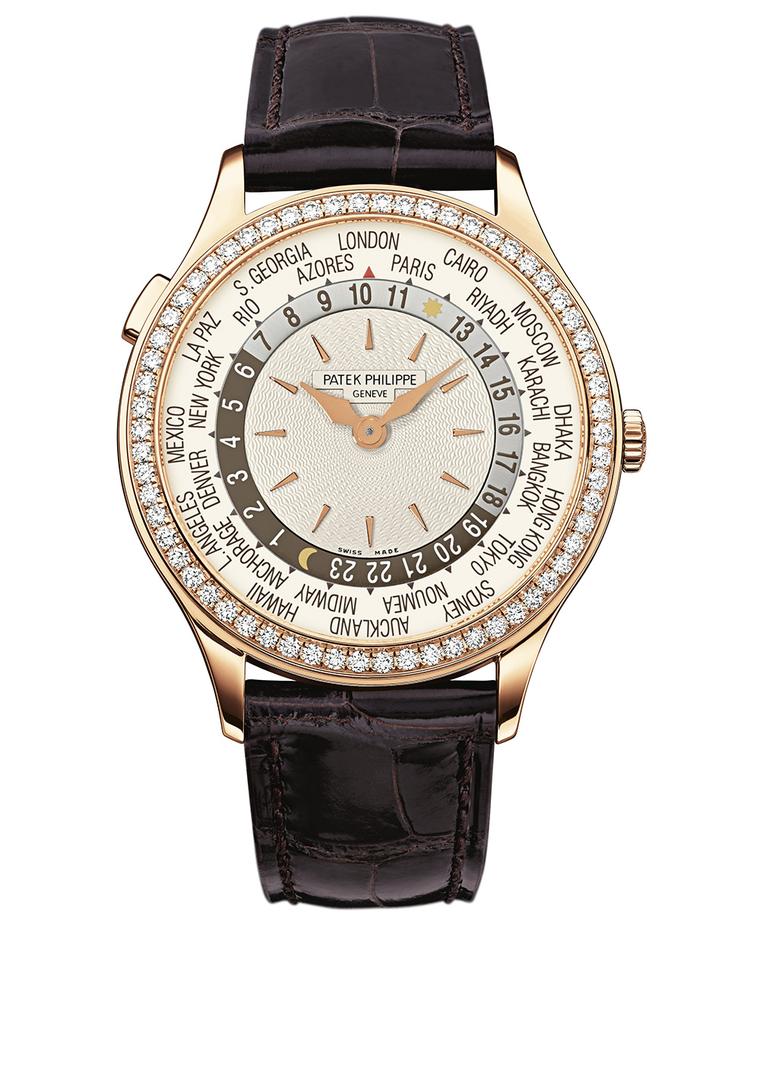 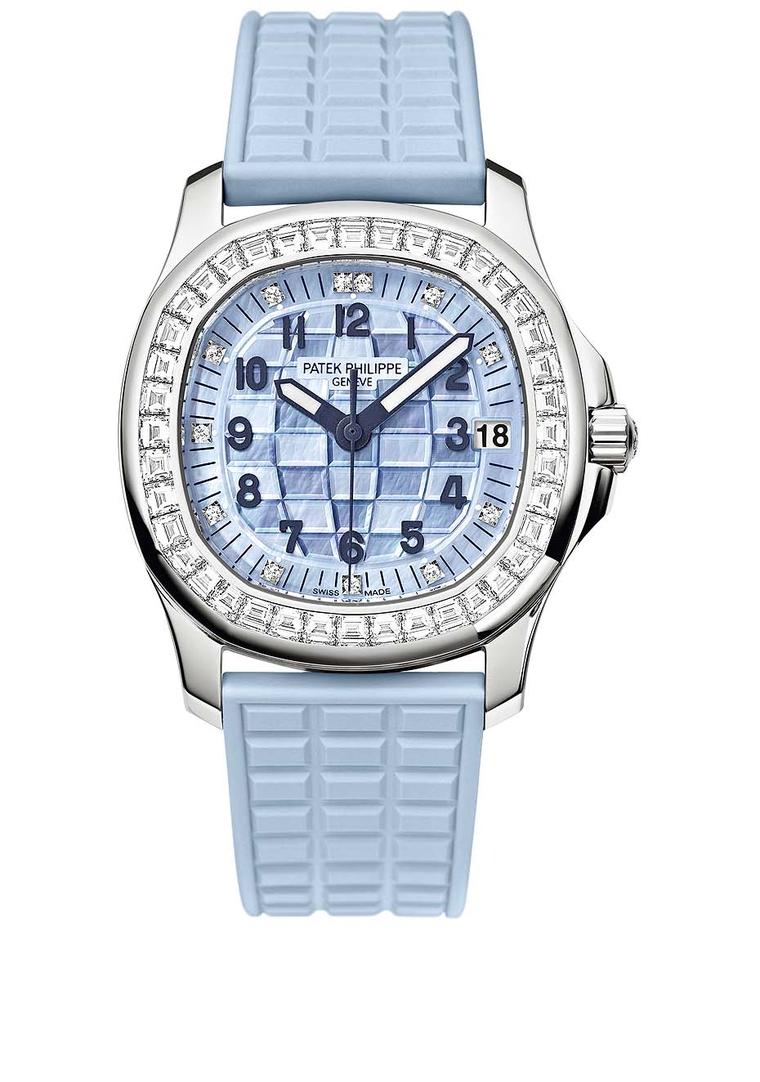