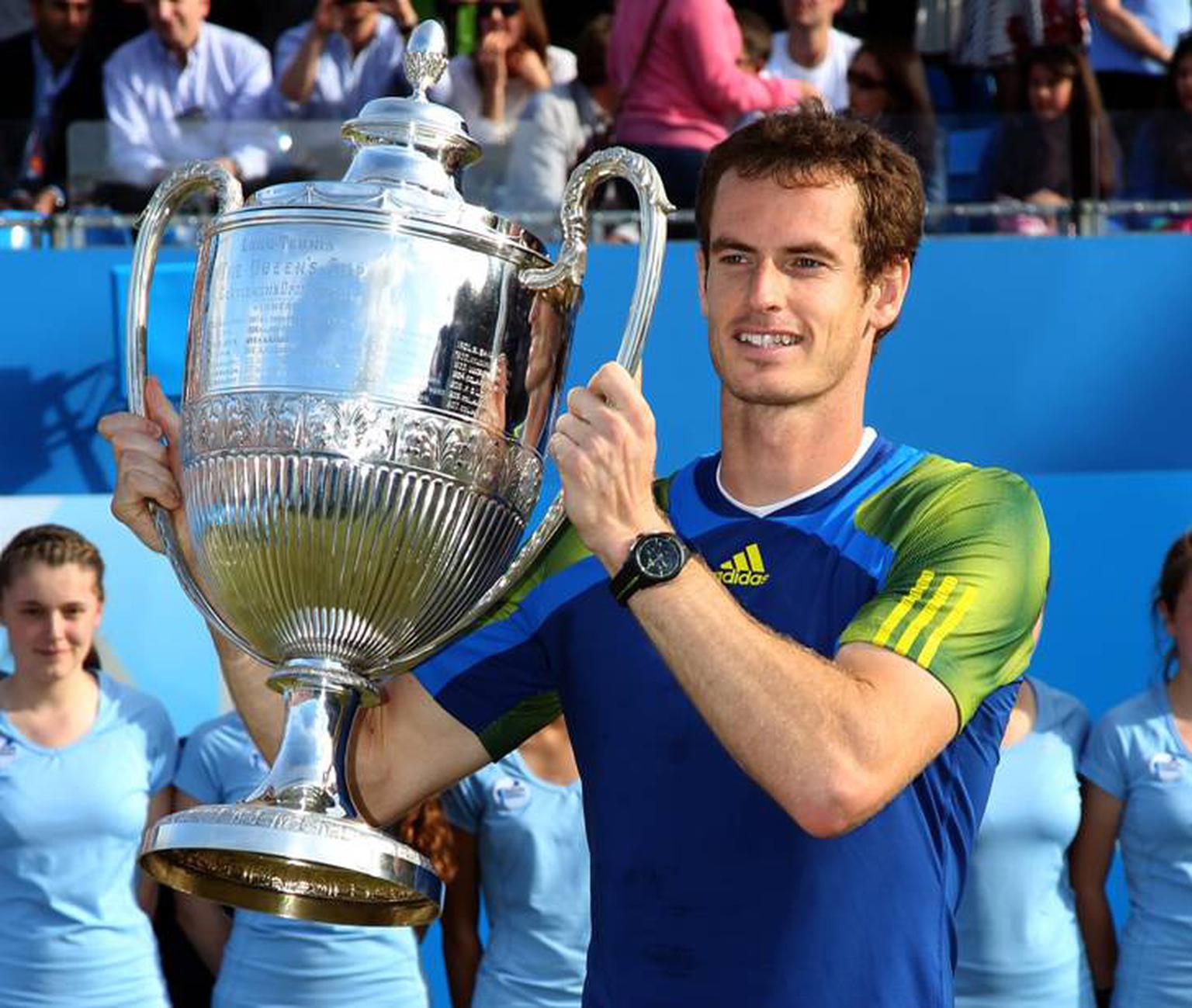 Despite setbacks in the English summer weather, which delayed play for three hours, for the third time Andy Murray emerged victorious from the finals of the Aegon Championships at London's Queen's Club.

With a big smile on his face, Murray received the very large silver Queen's Cup wearing his £3,150  Rado HyperChrome automatic chronograph. Murray is brand ambassador of this Swiss watch house, which is part of the Swatch Group. Rado is famous for its tough, scratch-resistant, ultra-light watches using materials such as high-tech ceramic and metals, making it a logical choice for a sportsman such as Murray. The HyperChrome Court range is made out of lightweight black scratch-resistant, high-tech ceramic with glow in the dark Super-LumiNova dial details. Murray wears the version with a green flash on the cool rubber strap and dial though a two other versions in orange or blue are also available.

Commenting on Andy's latest win, Rado CEO Matthias Breschan said: "We are extremely proud of Andy, not only for this latest Championship win, but also for his performance during the whole week at Queen's. He has cemented his status as one of the greats of the modern game."