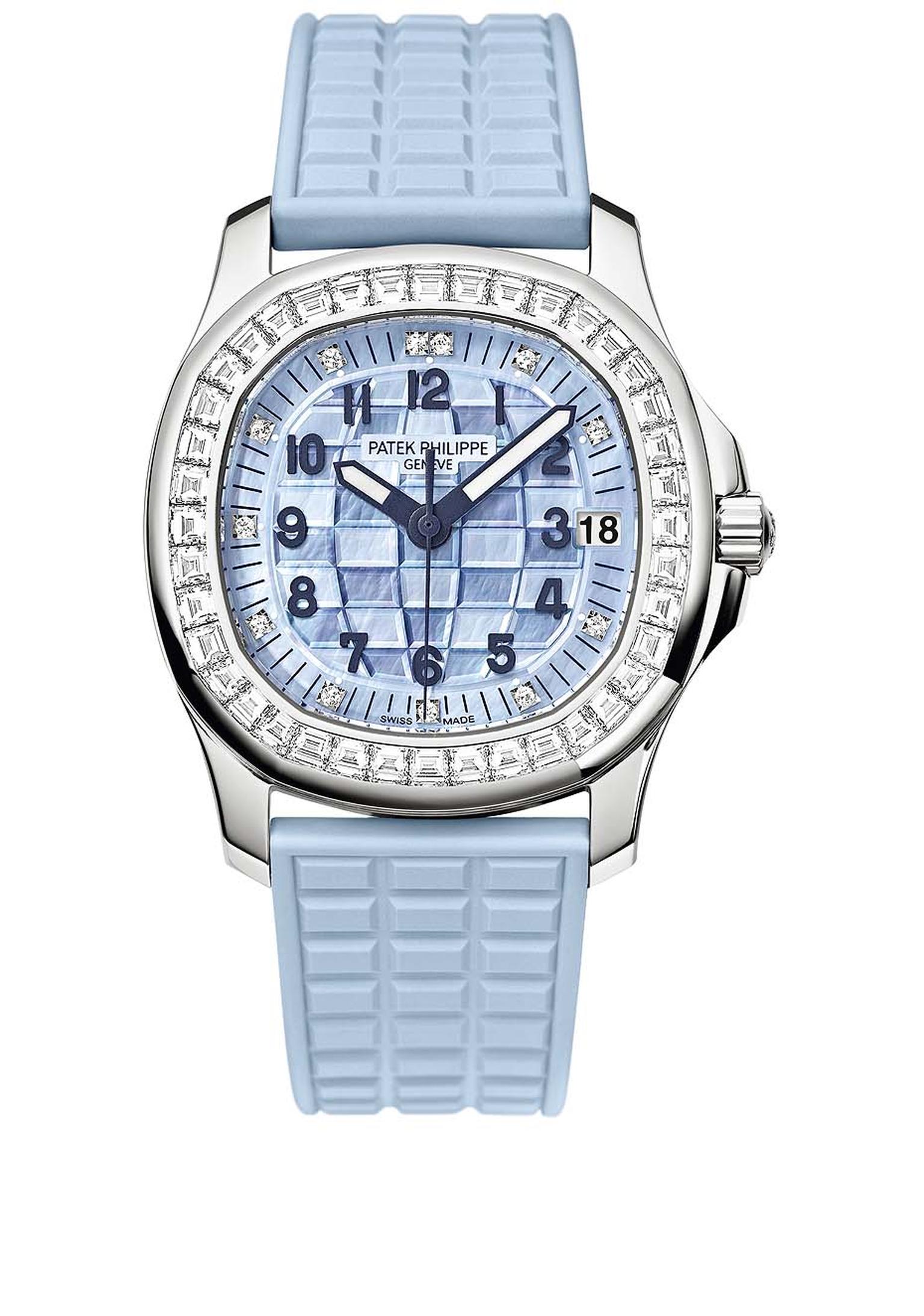 When Jules Verne described the fictional submarine Nautilus in his novel '20,000 Leagues Under the Seas' "a masterpiece containing masterpieces", he was determined to conjure a creation as formidable on the outside as within. Coincidence or not, Patek Philippe's Nautilus fits the description perfectly.  As Patek Philippe's first stainless-steel sports watch, designed by the late Gérald Genta in 1976, its winning design, with an integrated steel bracelet - considered the archetype of the high-end sports watch - has sailed through almost four decades of life virtually unchanged, propelled by a resilient automatic heart.

A ladies' version of the Nautilus was first released in 1980 and, if variations on a theme are a barometer of success, the 14 sparkling models that have joined the Nautilus collection this year speak volumes. Stainless-steel versions with horizontal wavy dials - Ref. 7018 - pay homage to the original Nautilus, while Ref. 7014 Haute Joaillerie models in white and rose gold sparkle with a stunning bracelet set with 146 baguette cut diamonds. Powered by an automatic 324 S C movement, both the stainless steel and high jewellery models are water resistant to 60m and provide up to 45 hours of power reserve. There are also practical quartz models - Ref. 7010 - in white and rose gold, with the characteristic diamond-set bezel.

However, the brightest star in the collection, with roughly 2,328 diamonds covering every available surface, is the Rose Gold Nautilus Ref. 7021/1, with its robust calibre 324 S C on the inside. Fully set with over 9ct of diamonds, the technique employed here is known as random setting or snow setting. Different-size diamonds, like snowflakes, are placed in random patterns, creating a glorious white blanket of shimmering light. Entirely in the hands of the diamond-setter, who hollows a honeycomb pattern in the gold to set the stones, no two watches could every be the same.

Inspired by the clean lines of Art Deco, this year's Gondolo Ref. 7099 cools down from last year's warm rose gold to an icy white gold model. Contained within the smoothly rounded barrel case, a wonderful floral tapestry swirls to life, woven with diamonds. No fewer than 480 random-set diamonds on the dial and bezel frame the opus and illuminate the wintry scene. The electric blue satin strap, which matches the cabochon hour markers and hands, is attached to the wrist by a buckle that has been set with a further 26 diamonds.

For women whose credo is 'less is more', Calatrava Ref. 7200 in rose gold is a study in elegance and simplicity. Pared down to the essentials of hours and minutes, the allure of this model lies in its pristine beauty and svelte profile. The gently rounded contours of the gold case protect the legendary calibre 240. At just 2.53mm in height, this slim movement harnesses Patek Philippe's latest silicon technology ensuring impeccable lifelong accuracy.

Who says baby-blue is for little boys?  By far Patek Philippe's sportiest watch, the Aquanaut - Ref. 5072 - was presented with a cloudy blue dial for 2013. With its checkerboard-globe pattern, the hallmark dial has been rendered in mother-of-pearl and lit up with 40 baguette cut diamonds on the bezel. Designed to be watertight to depths of 120m, its rounded 35.6mm octagonal white gold case also has an important safety feature: a screw-down crown. 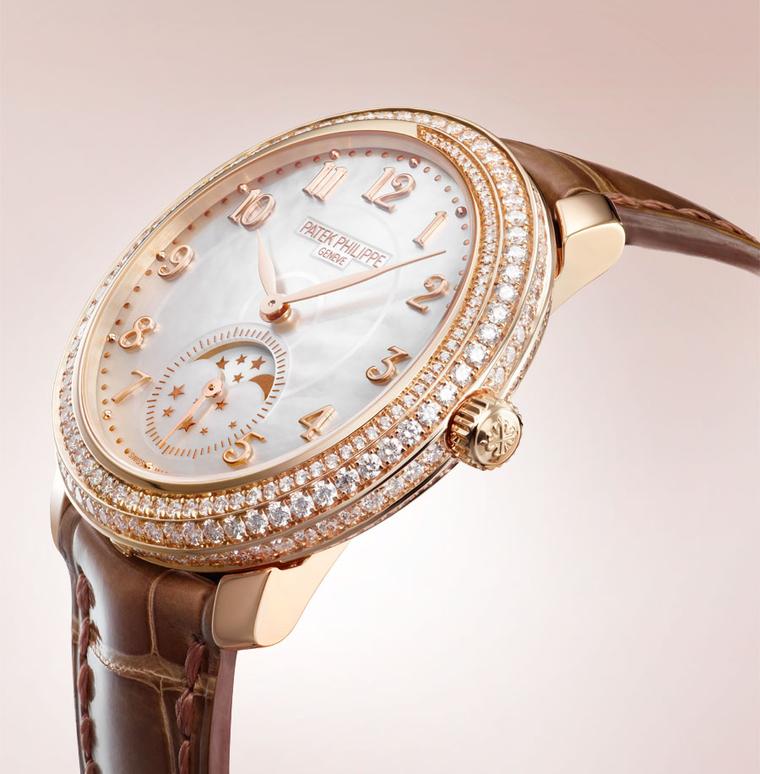 Complications for women by Patek Philippe